Most of us are familiar with casts, having had one ourselves or signed a friend’s. As you drive through Fossil Rim, you may spot an animal with a cast on, too. Cassie Rojas, a veterinary preceptor from the animal health team, explains a little more about using casts on our animals.

Why would an animal have a cast on?

“The most common reason is to stabilize broken bones,” she said. “Depending on the type of break, realigning the bones and placing a cast is an excellent way to get the break to heal. There are also some types of congenital malformations, meaning the animal is born that way, which can be helped with a cast.”

Which animals can have casts put on?

“Casts can be placed on most of the animals at Fossil Rim,” Rojas said. “They have been used on cheetahs, wolves, and a variety of hoofstock. Casts are a very important tool in the veterinary toolbox!” 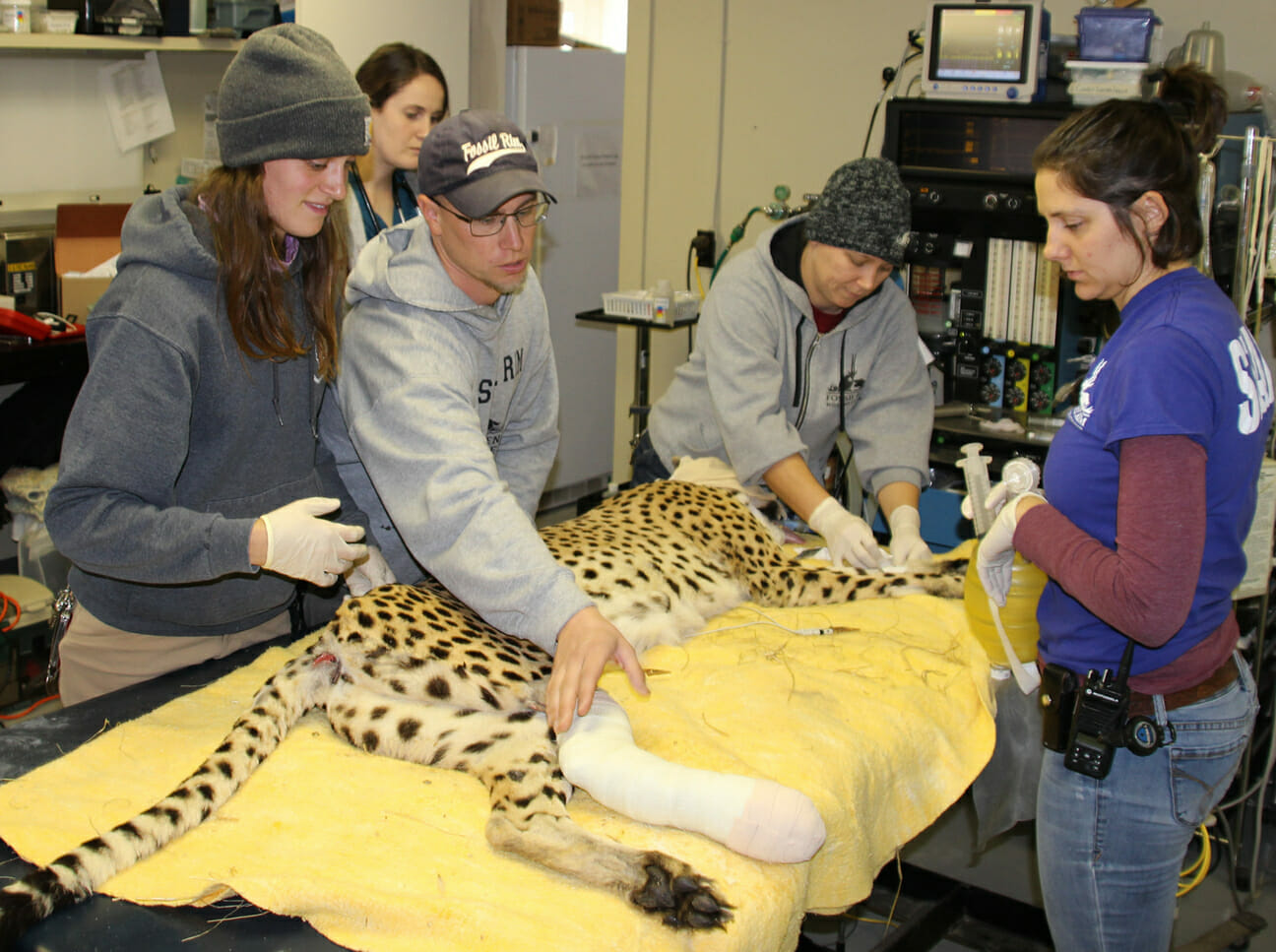 What are the challenges of using casts as treatment?

“With the way Fossil Rim is set up, the animals have acres and acres of land to roam and exhibit their natural behaviors,” she said. “This is great for their overall quality of life, but it does pose a challenge to certain treatment types, including casting. Usually, when you’re putting a cast on a broken bone, you would want the animal to be contained in a small space and kept still and calm, while also making sure the cast is kept clean and dry. 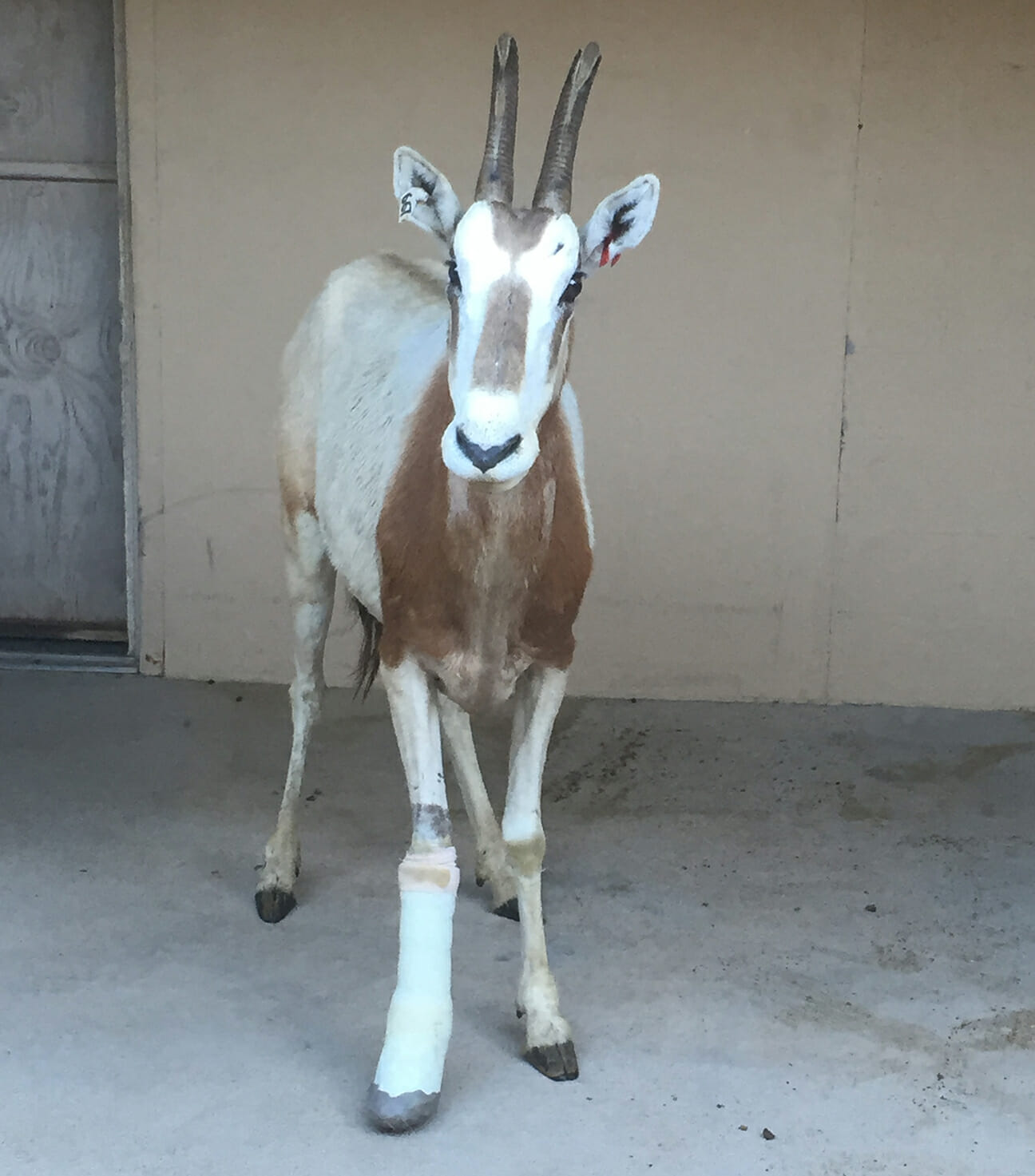 “This generally isn’t possible when the animal is in a herd with 30 others and is out on open pastures. Depending on the species, they’re going to be up and running on the cast in a matter of minutes, and it may start raining later that day! With these challenges, we rely on the animal care team to relay information about the animal to the animal health team, as well as doing visual checks on them ourselves.” 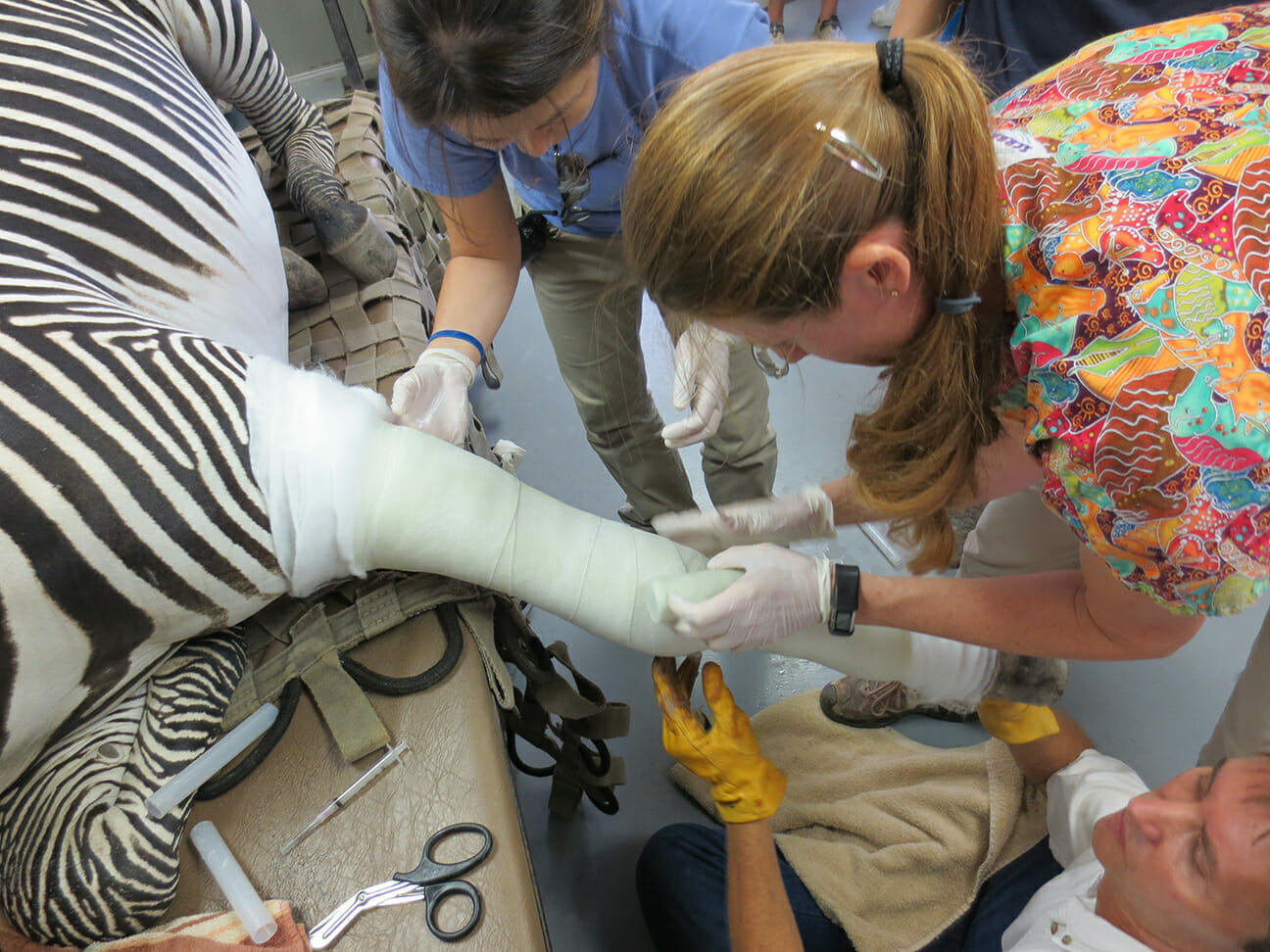 Did you have experience with this during your time here?

“Yes!” Rojas said. “I spent six weeks at Fossil Rim and I was able to participate in two procedures that required the animal to have a cast placed. First, there was a young wildebeest calf that was born with a limb deformity. She had two separate casts applied to help straighten her leg. Then, we had a greater kudu calf that had a broken leg, which was noticed during his neonate exam. He had a cast placed and was sent out to the herd; you may even be able to see him out there when you drive through the pasture.”