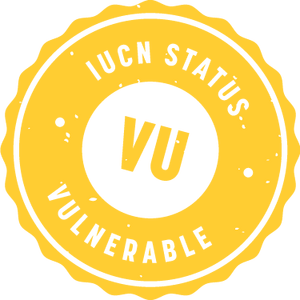 The wattled crane is a large, African species of crane that can grow to be as much as 5 ft 9 in tall. However, wattled cranes are only the second largest crane species in the world after the sarus crane. They have ashy-gray wings with dark under-feathers, as well as a white neck. Finally, more gray tops their head like a hat, and the area around their eyes is red and textured. Males and females look nearly identical, though males are usually slightly larger.

Wattled cranes live near water, especially river deltas. They prefer shallow, marshy land where they can not only hunt fish and insects, but dig up tubers from aquatic plants to eat. Their long, thin legs hold them high above the water, while their beaks are shaped to both spear fish and forage through mud.

When flood waters bring in fresh food, massive groups of wattled cranes made up of nearly 3,000 individuals can gather to feast. Though they don’t seem to migrate, they are known to move around in search of more prey.

Though they can be hunted, wattled cranes are usually avoided by predators due to their sheer size, and ability to escape into water.

Wattled cranes are a vulnerable species due to significant wetland loss in Africa. Presently, the implementation of dams and other hydroelectric projects have changed the way rivers flood, and destroyed areas of historic habitat. This, along with poisoning via pesticides, illegal egg stealing and more have lowered the population significantly.

Wattled cranes live in our Intensive Management Area and, although they can be spotted, are not officially on display.

VIEWING TIPS
These birds move slowly and deliberately, so movement can be hard to track. 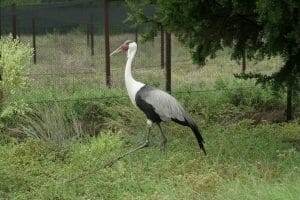 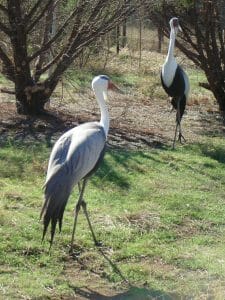 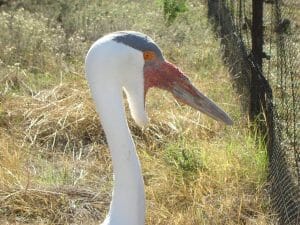