The LaMancha goat is easily recognized by its very small outer ears. These ear come in two types, either the “gopher” ear or the “elf” ear. The “gopher” ear has an approximate length of one inch, and is practically non-existent externally with little to no cartilage. The “elf ear” has an approximate length of two inches and can have some cartilage shaping it.

Because males with elf ears may sire “throwback” kids with standard longer ears, only males with gopher ears are traditionally accepted for breeding. To be considered a pure LaMancha the face must be long and straight; a curved nose disqualifies a specimen from the show ring. LaManchas have a short and glossy coat with numerous color variations and patterns.

American LaManchas were created in the 1930s. The breed is believed to be descended from goats brought to California by Spanish missionaries. Over the years, the LaMancha was shaped into a low-maintenance grazing breed, and are mainly used for milk production.

LaMancha goats are popular as pets due to their temperament. They’re known for their curiosity and affectionate nature, as well as their hardiness in a range of climates.

LaMancha goats are a popular source of milk for humans around the world, owing to the high consistency of butterfat in their milk. This butterfat can help produce other milk-based products for everyday use, like soap. Their milk also produces a high amount of vitamins and minerals, and is low in cholesterol.

Goat’s milk is more popular worldwide than cow’s milk, with over 4 million tons of it being consumed annually. Goats are naturally easier to keep and transport than cows, making them a popular choice for people with little land or who move around often.

These goats live at the Children’s Animal Center.

VIEWING TIPS
Try brushing some of our goats with the available brushes! 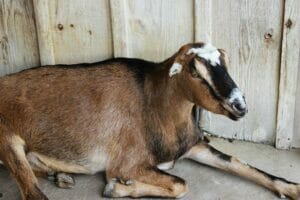 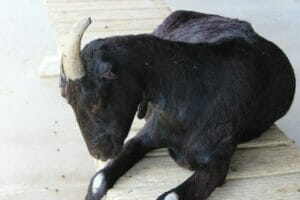 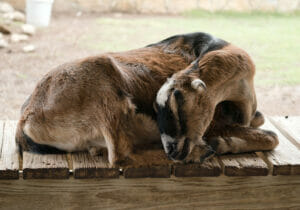