Grevy’s zebra are the largest zebra species in the world, as well as the largest of the wild equids. Easily recognizable for their dazzling black-and-white-striped appearance, Grevy’s zebras also have long, narrow heads with large, round ears that give them a mule-like appearance. They have such good eyesight with binocular vision that some researchers believe they can see the world in full color.

The Grevy’s zebra has a keen sense of taste and as a result can detect slight changes in the quality of their food. They spend between 60 and 80  percent of the day grazing based on the amount of grasses available.

In addition to their size, this species is known for its untamed, aggressive demeanor. It is not uncommon for fighting to break out between individuals, or for a zebra to take on a predator and successfully defend themselves. Their strong, lean legs lend themselves to a powerful kick, and their large teeth are perfect for inflicting a painful bite. Despite this tough reputation, Grevy’s zebras are beneficial to other wild grazers because they clear off the tops of coarse grasses that are difficult for other herbivores to digest.

Grevy’s zebras are the most threatened of the three zebra species, mainly due to habitat loss.

Human encroachment as well as the introduction of domesticated grazers like cattle mean that Grevy’s have less land to live on and more competition for food. Due to overgrazing and competition for water, Grevy’s juveniles have a low survival rate. Over the past 30 years, the population has dropped substantially from an estimated 5,800 individuals to approximately 1,950.

In Ethiopia, hunting is the primary cause of the decline of Grevy's zebras. They are usually hunted for their striking skins, but will occasionally be killed for food and, in some regions, medicinal use. In addition to illegal hunting, Grevy's also face threats from disease outbreaks, drought, habitat loss, and fragmented populations.

The Grevy’s zebra was the first of Fossil Rim’s Species Survival Plan (SSP) animals, and has been represented here since 1982. Due to their temperament and preference for space, our Grevy's zebras live in a private pasture and cannot be viewed by guests. 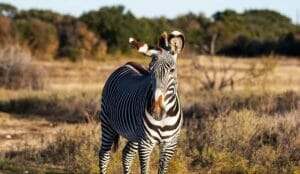 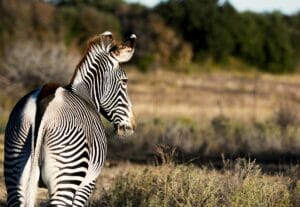 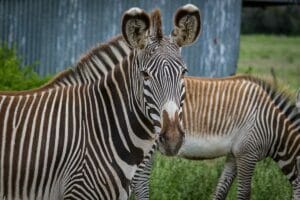 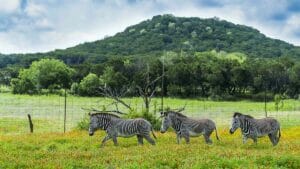 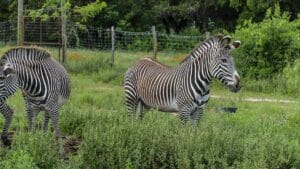 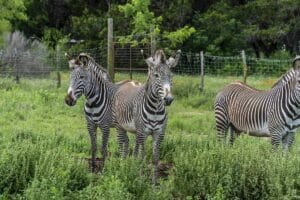