You have previously read Fossil Rim Director of Animal Health Dr. Holly Haefele explaining what an Attwater’s prairie chicken (APC) shipment day is like, but what about the perspective of the U.S. Fish and Wildlife Service (USFWS) biologists who travel to the wildlife center to pick up the endangered birds? Dr. Mike Morrow shared his thoughts in person during a break in the action inside one of the APC buildings, as he prepared to load up the USFWS transport trailer and make the 225-mile trip back to the APC National Wildlife Refuge.

“I’m here with fellow (USFWS) biologist Brandon Melton, as well as American Conservation Experience Intern Meredith Stroud, for the first of what I expect to be five shipment days this summer. Initially, the birds are (leg) banded, weighed and have their gender identified by (Senior Avian Specialist) Cara (Burch).

The metal band on the leg is a Fossil Rim ID band; (fellow production centers) Houston Zoo and Caldwell Zoo also use metal bands, but with their respective facilities identified on each band. The blue-colored band is our (USFWS) band for this particular release year. 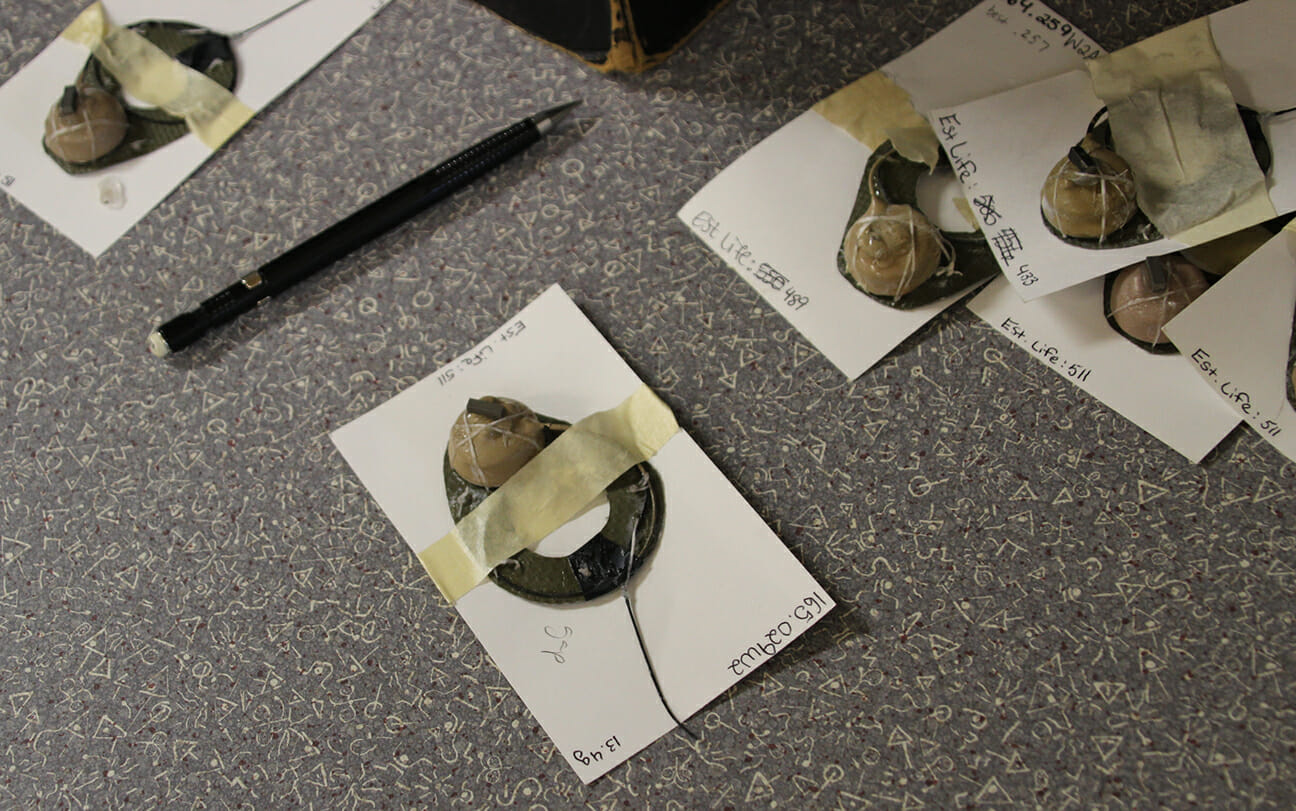 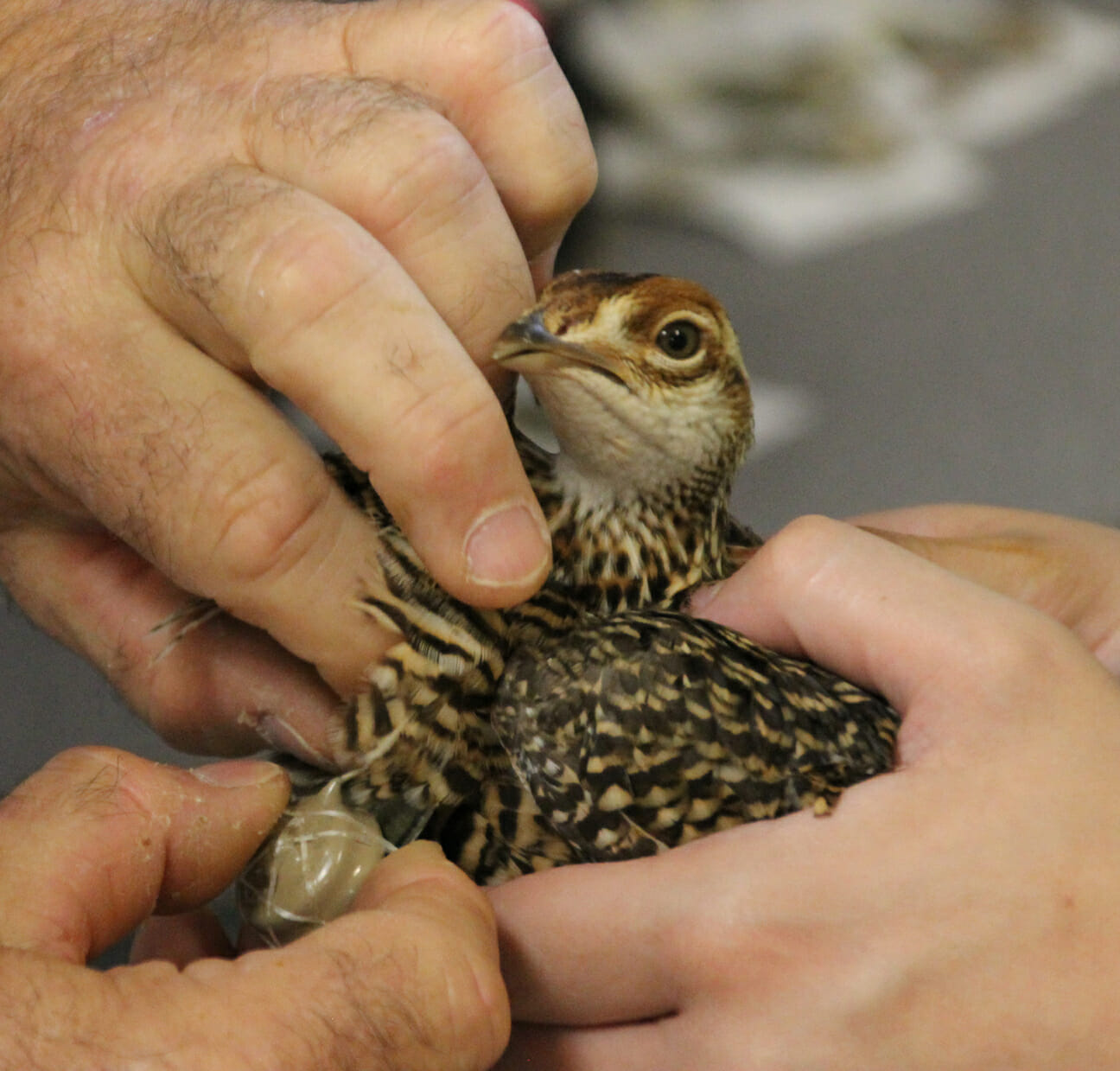 Then, they go to the vets for health assessments and usually receive anthelmintics (dewormer) one last time.

When the birds rotate to us, we confirm the sex, looking at things like eyebrow coloration and tail feathers. The males’ eyebrows will eventually turn yellow-orange – the same with its air sacs. On females, the tails are barred, while on males they are black. The birds are at a very awkward age when we make these pickups.

They are essentially teenagers, so it is difficult to determine (gender) at this age. Females typically don’t have yellow-orange marks, but occasionally you do see females with some of that coloration. So, I try to look at several characteristics and figure the gender out.

After that, we are looking at the wing chord, which we can use to scale the body mass to give us (a read on) the physical conditioning. Next, we look at the progression of molting, which is tied to age.

Then, we are radioing the females – placing a transmitter on their neck – so we can find the nests next spring.”

After each bird progresses around the room to the various stations, it is placed in a transport crate and loaded into the air-conditioned transport trailer bound for the refuge.