Blog Home
Share 0
Tweet 0
Share 0
Share 0
Tweet 0
Share 0
With wildfires ravaging the Texas Panhandle, the opportunity presented itself for Fossil Rim Wildlife Center to step up.
Fossil Rim donated 50 round bales of hay, 20 of which were loaded onto a flatbed trailer on March 10 for transport.
More than one million acres spanning Texas, Oklahoma, Kansas and Colorado were burned in early March and seven people were killed. In Texas alone, more than 480,000 acres were burned with four human fatalities.
About 2,500 cattle have died due to the fires thus far, as the fires were fueled by high winds and tinder dry high-fuel loads. Total agricultural losses in Texas have been estimated at $21 million, which does not account for any loss of equipment. 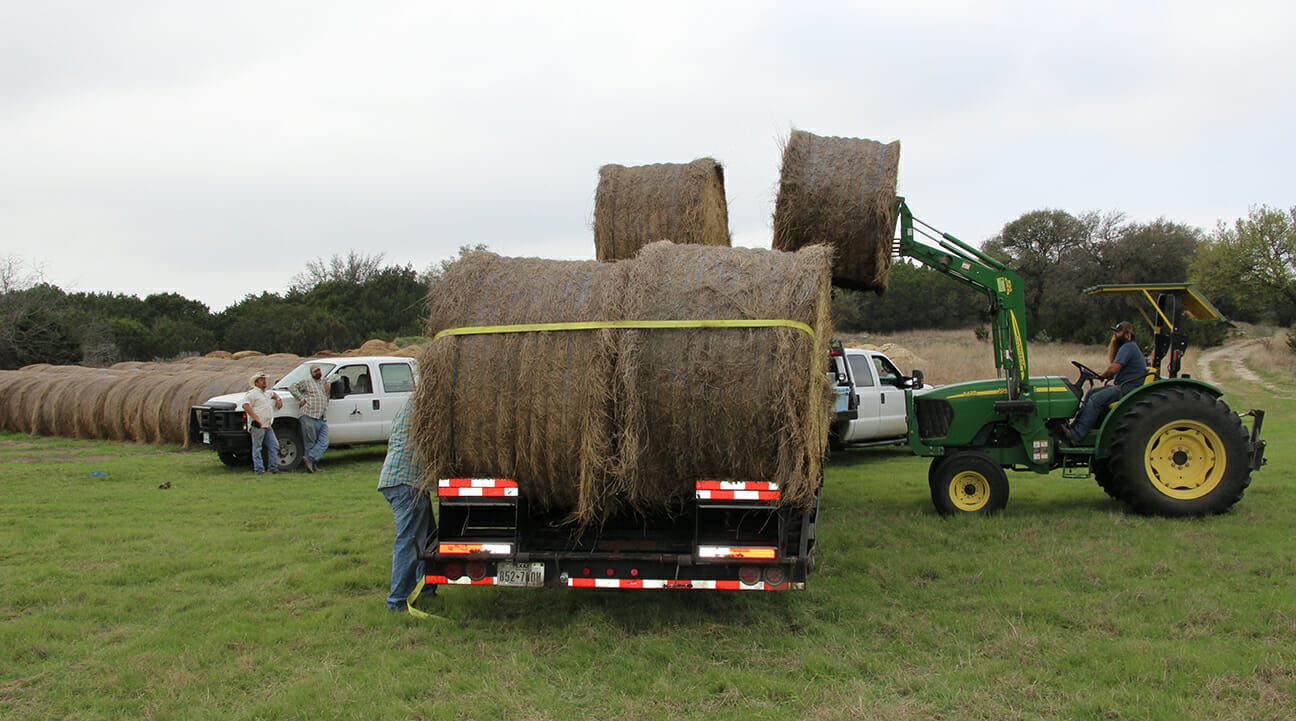 One round bale of hay can feed approximately 10 cows for one day.
“We’re donating 50 round bales, and I will take inventory to see if we can donate a little more,” said Daniel Branham, Fossil Rim agriculture resources manager. “Bodie Butler is going to take this hay up there and distribute it to various ranchers as needed. I heard that he was looking for people in Somervell County to donate. Bodie went to college up there, and he said if this area were ever in need of hay, they’ll give it back to us. Help a neighbor out, and they’ll help you.”
Butler is the owner of Butler Feeds in Glen Rose a few miles from Fossil Rim. 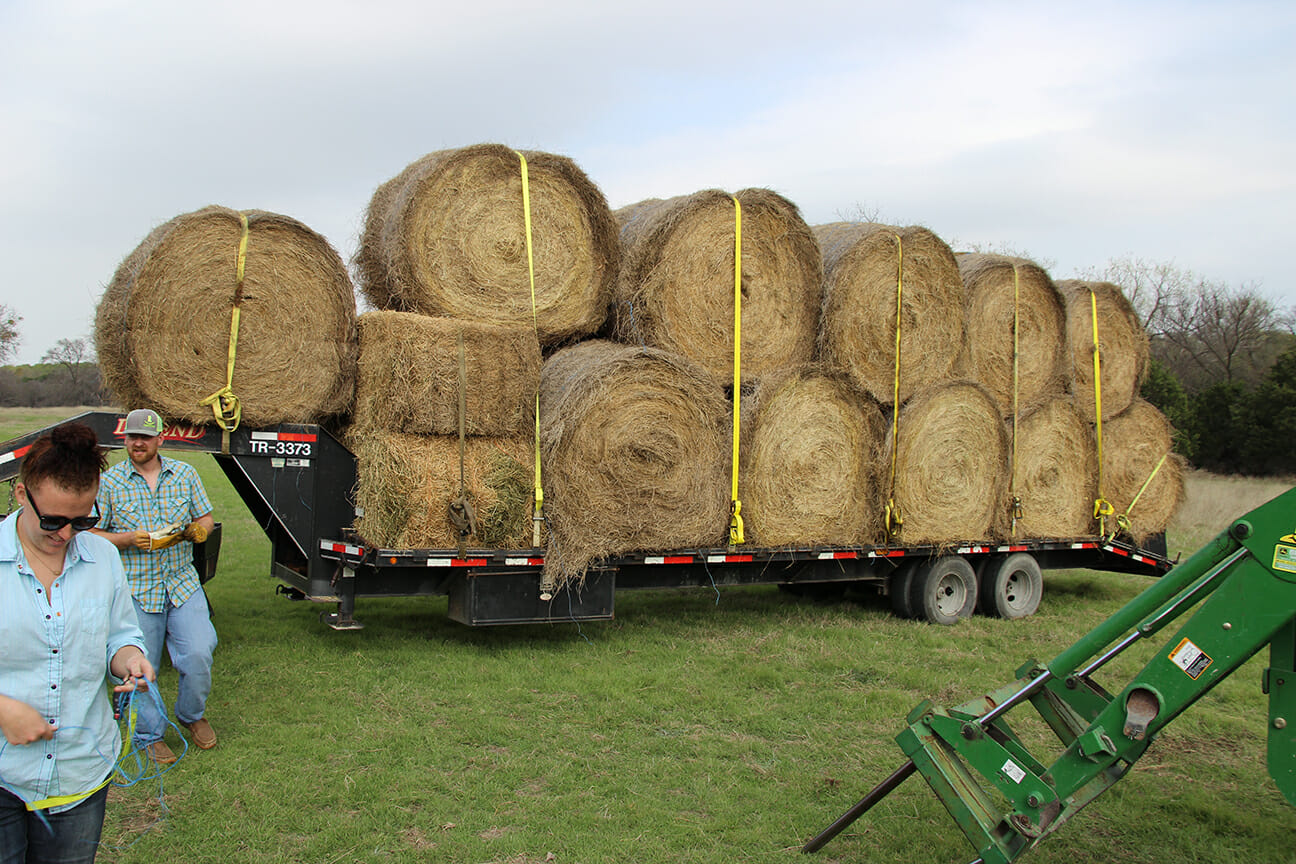 “If it was us in the same situation, those folks would come right to us,” Butler said as Fossil Rim Senior Grounds Maintenance Technician Trent Sandlin was loading the bales onto the trailer.
Kaylin Schimpf of Glen Rose and Brandon Wilson of Valley Milles were also with Butler transporting hay. Schimpf posted on her Facebook page that they were going to transport hay to the Panhandle and anyone was encouraged to contribute. As of (March 10), five people from Hillsboro to Comanche had responded to contribute their hay.
If anyone in the region around Glen Rose is interested in donating hay to feed the cattle and horses affected, contact Branham at danielb@fossilrim.org or call Butler Feeds at 254.897.2696.
-Tye Chandler, Marketing Associate