Fossil Rim introduced a new antelope species in late 2019, and guests should keep an eye out for it in the Game Preserve pasture.

The new additions include a Nile lechwe bull and four females. The lechwe ranks second only to the nyala among the most aquatic African antelope – even ahead of waterbuck, another resident Fossil Rim species closely related to the lechwe. The Nile lechwe is one of two lechwe species, with the red lechwe being the other.

“We knew we had room to (accommodate) a few more animals, and in the Game Preserve, we will be phasing out (European) red deer,” said Animal Care Specialist – Hoofstock Molly Shea. “The red deer herd is older now (and not reproductive), so as we look to the future, it was time to consider other species to take their place in this pasture. Although red deer are really great with our guests, there isn’t much of a conservation need (Least Concern classification with an increasing population trend) for them. So, we wanted to add a species that was more of a conservation priority.

“When (Director of Animal Care) Adam (Eyres) contacted the Ungulate TAG (Taxon Advisory Group), informing them of the space we have available and our conditions, he asked what species would be our best candidates? Nile lechwe was one of the species the Ungulate TAG is looking for more facilities to get involved with. There were some females and a male available, so Adam said ‘Let’s do it.’”

To her point about conservation need, Nile lechwe are classified as Endangered with a decreasing population trend.

“Any breeding success we can have will be critical,” Shea said. “We are trying to help their species gain momentum within zoos and wildlife facilities. We do very well at breeding antelope and building large herds, so we’re going to try to do that for this species.”

The four females came from White Oak Conservation in Florida, while the male is from the Baton Rouge Zoo. In the wild, Nile lechwe live on the Nile River floodplain bordering Al-Sudd swamp in the Republic of South Sudan, which is a landlocked country in East-Central Africa.

While Nile lechwe are most closely related to waterbuck among Fossil Rim species, there is another Fossil Rim antelope that may come to mind for some.

“I think some people might confuse the lechwe with blackbuck, just because the sexual dimorphism is similar,” Shea said.

On that note, while females are golden brown, similar to female blackbuck, the bulls turn brownish-black with age and only males have horns, which are heavily ridged and lyre-shaped. This difference in male and female appearance is much more extreme than the difference among the genders of red lechwe. Bulls do have a large white patch, or “saddle,” on their shoulders, unlike male blackbuck.

“Plus, there isn’t a huge size disparity yet among the females of these species, because the lechwe females are young and you won’t be able to see them side-by-side with the blackbuck to compare them anyway,” Shea said.

Male Nile lechwe are 20 percent larger than the females, and since this bull is older, he would be quite a bit larger than a male blackbuck in a side-by-side view.

For new guests, the easiest way to differentiate from blackbuck at Fossil Rim is to be mindful of pasture location.

“Blackbuck are in the Front Pasture and the Nile lechwe live in the Game Preserve,” she said, as it is important to note the Front Pasture is the first pasture after the Admission Center and the Game Preserve is the fourth pasture entered along the Gosdin Scenic Drive. “Also, blackbuck horns repeatedly twist, while lechwe horns have one broad curl. One more thing I’d mention is the hindquarters of the lechwe are positioned higher than their shoulders, which you don’t see in blackbuck.”

Lechwe have widely splayed, elongated hooves that support them on soft ground.

“Certainly their native terrain is very different from the desert sand that addax walk upon, but it’s a similar concept regarding a wide hoof in terms of what works best for mobility in their native environment,” Shea said.

Like waterbuck, Nile lechwe have a greasy, water-repellent coat.

“Lechwe appear to have a greasy coat when you get close enough to them,” Shea said. “Nile lechwe definitely do very well in swamp-like conditions, so they’ll really like the springtime (best) here at Fossil Rim.”

In the wild, Nile lechwe enter water to feed on aquatic grasses, an abundant resource underutilized by most other herbivores. They also graze the grasses that spring up as floodwaters recede. Literally an “edge” species, on the widest, flattest floodplains, herds of lechwe migrate as the water rises and falls with the rainy and dry seasons.

People familiar with Fossil Rim may have only heard the term “lek” as it relates to Attwater’s prairie chickens and their native range of tall-grass coastal prairies in Texas. However, in the wild, the lechwe is one of three antelope species – along with kob and topi – known to form leks, which are breeding grounds with a high-population density.

Females and young stay closest to the water, since lechwe are clumsy runners on dry land and will flee into the water to escape predators – much like waterbuck. Most males are only territorial during the annual mating peak, which is early in the rainy season. Dozens of males congregate to display for approaching females, but since lechwe migrate according to water level, the leks are only temporary.

It is a certainty the Nile lechwe at Fossil Rim will identify all water sources available to them.

“I think as they get more confident about moving around, we’ll see them most often near the tank as you go up Cheetah Hill,” Shea said of a pond just a few feet to the left of passing vehicles on the Gosdin Scenic Drive. “There is also a seasonal creek close to where you usually see the giraffes that will attract them in the spring.”

Early on, the female lechwe were fairly predictable regarding their pasture location, as compared to the anticipated adjustment as the months pass.

“The females were hanging out up on Cheetah Hill, and then came down to explore the pasture, but they usually stayed pretty close to the fence,” she said. “I think for some animals, having a perimeter boundary nearby that they know is there provides some security for them, as opposed to being overwhelmed with so much space. I think they are making progress and gaining confidence; I can’t predict if they’ll become social enough to eat from guest vehicles, but we anticipate them becoming more consistently visible.”

Fortunately, the females recently ventured further into the center of the pasture to join the male, as the animal care staff had hoped. The lechwe bull has actually been quite steady in his location from early on in his arrival, seemingly claiming a small area of the pasture where he was often the only animal of any species to be found.

“The male has preferred a consistent area; we’ll see if that changes,” Shea said. “I saw him briefly sparring with our Arabian oryx male one day, but he has always generally kept to himself when it comes to the other species.”

For context, Shea explained that animals such as the Kordofan aoudad and generic aoudad will travel all over the Game Preserve, and the giraffes will roam, as well. While the Hartmann’s mountain zebras and Arabian oryx will move about in the valley, they are not as likely to be seen atop Cheetah Hill.

Since she arrived as an intern in 2013, Shea has not witnessed the arrival of many new hoofstock species, so it is understandably an exciting time.

“For me, the arrival of the Kordofan (aoudad) was a big deal, since I got so involved with them (as Kordofan Aoudad Program Leader),” she said. “But, in my time here, this is the first new (hoofstock) species where we are really focused on eventually building a large herd. My daily routine involves feeding and monitoring all of the animals in this pasture, but certainly with the lechwe being new arrivals, there is an adjustment period for them. For me, that means a bit more time spent focused on them.

“We really want to make sure to see them every single day, make sure they understand the cattle guards are a boundary not to cross, and ensure they are finding their water sources. We added water troughs and water bowls in areas they are hanging out to make sure they get enough. I was spot feeding the females some pellets every day, trying to draw them a little further out and eventually toward the male.”

As an animal care specialist, it is about constantly learning, especially when a new species arrives.

“It is always neat to add another type of animal to your repertoire,” Shea said. “It is cool to have worked with the waterbuck and then see how some characteristics translate over to this species. I think we’ll see more similarities between the two become evident over time.” 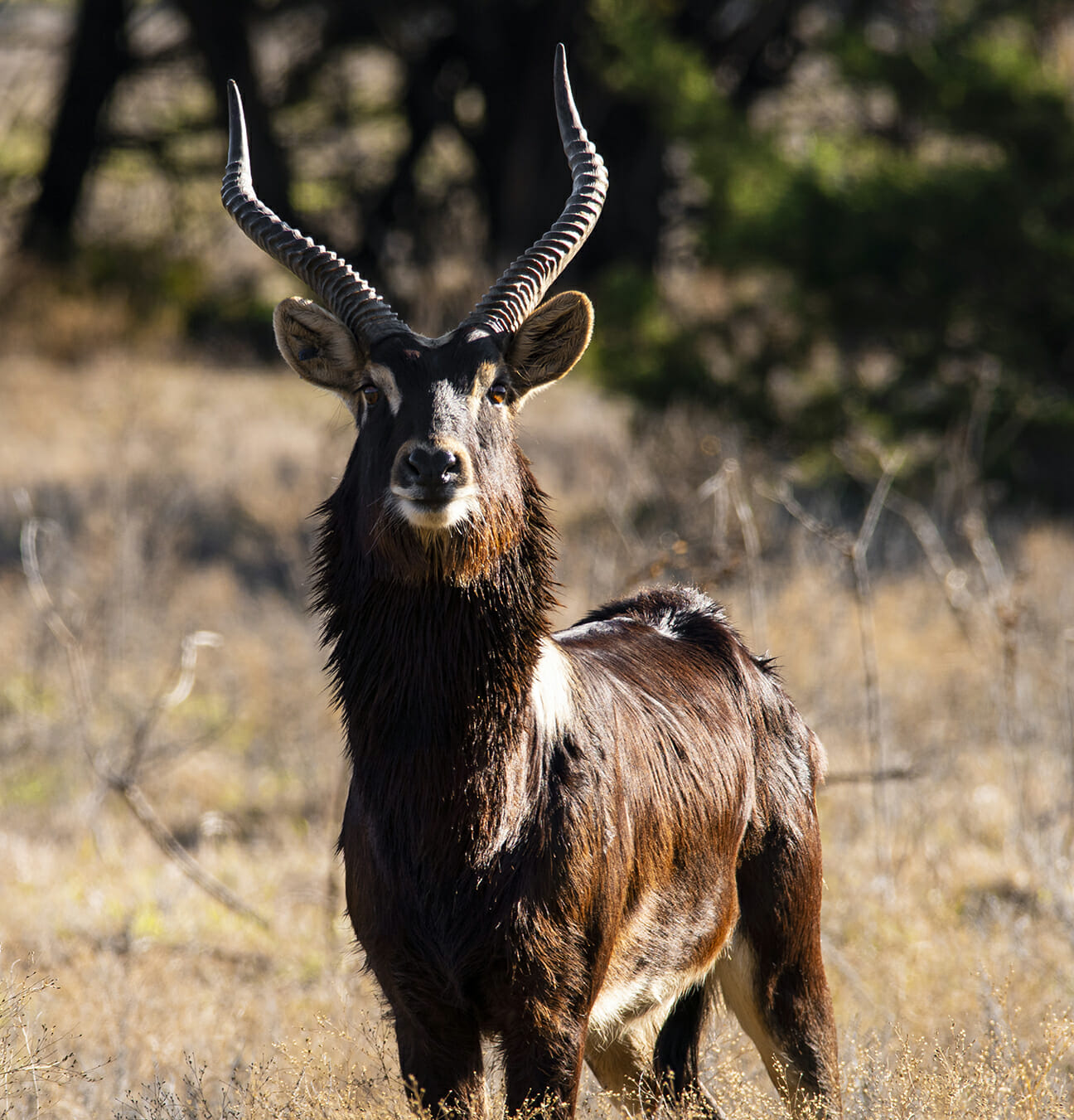 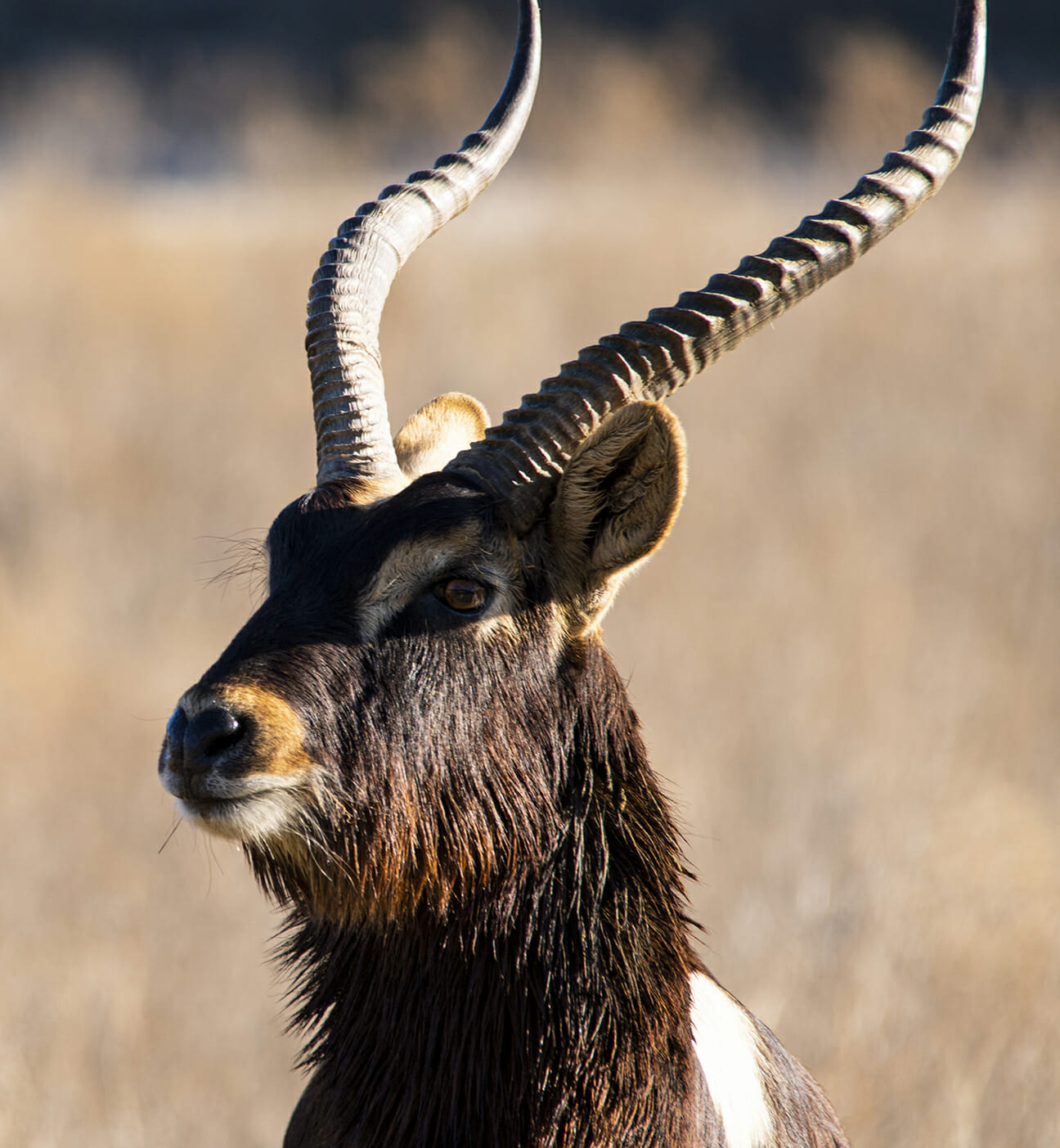 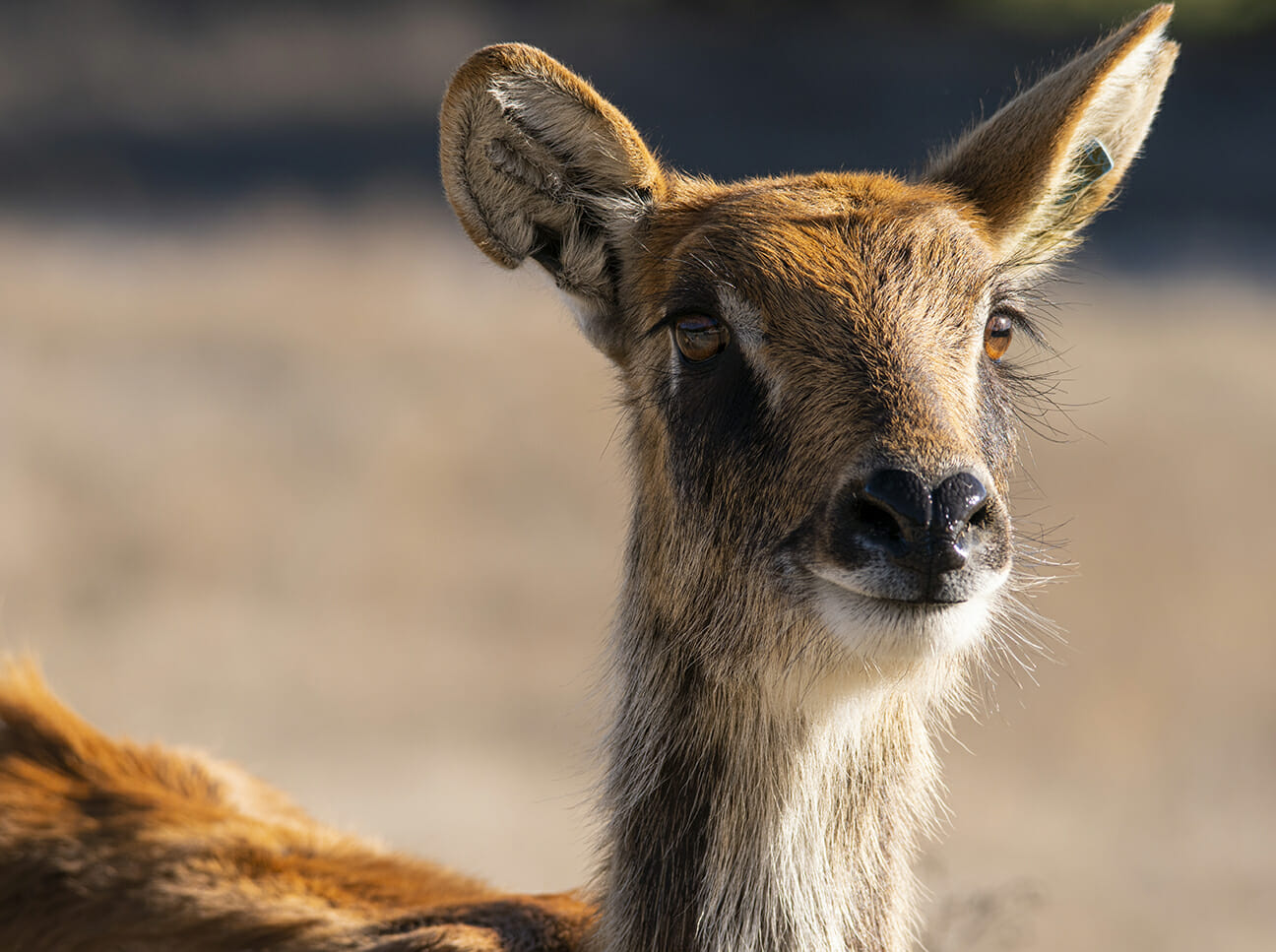 Even as the extra attention paid to the Nile lechwe from a “new arrival” standpoint will eventually dissipate, the endangered species factor will remain.

“We definitely want to take care of all the animals here, but for the endangered species, the management will be done a little more closely,” she said. “Our fallow deer and other deer populations basically manage themselves. But, for the lechwe or even (Least Concern-classified antelope populations) like sable or gemsbok, we will rotate a breeding bull in and out with a vasectomized bull while being mindful of genetic diversity and targeting birth windows at certain times of year. Deer are generally only handled for a vasectomy or medical issue; they rarely need veterinary care and are pretty hardy when it comes to parasites.” 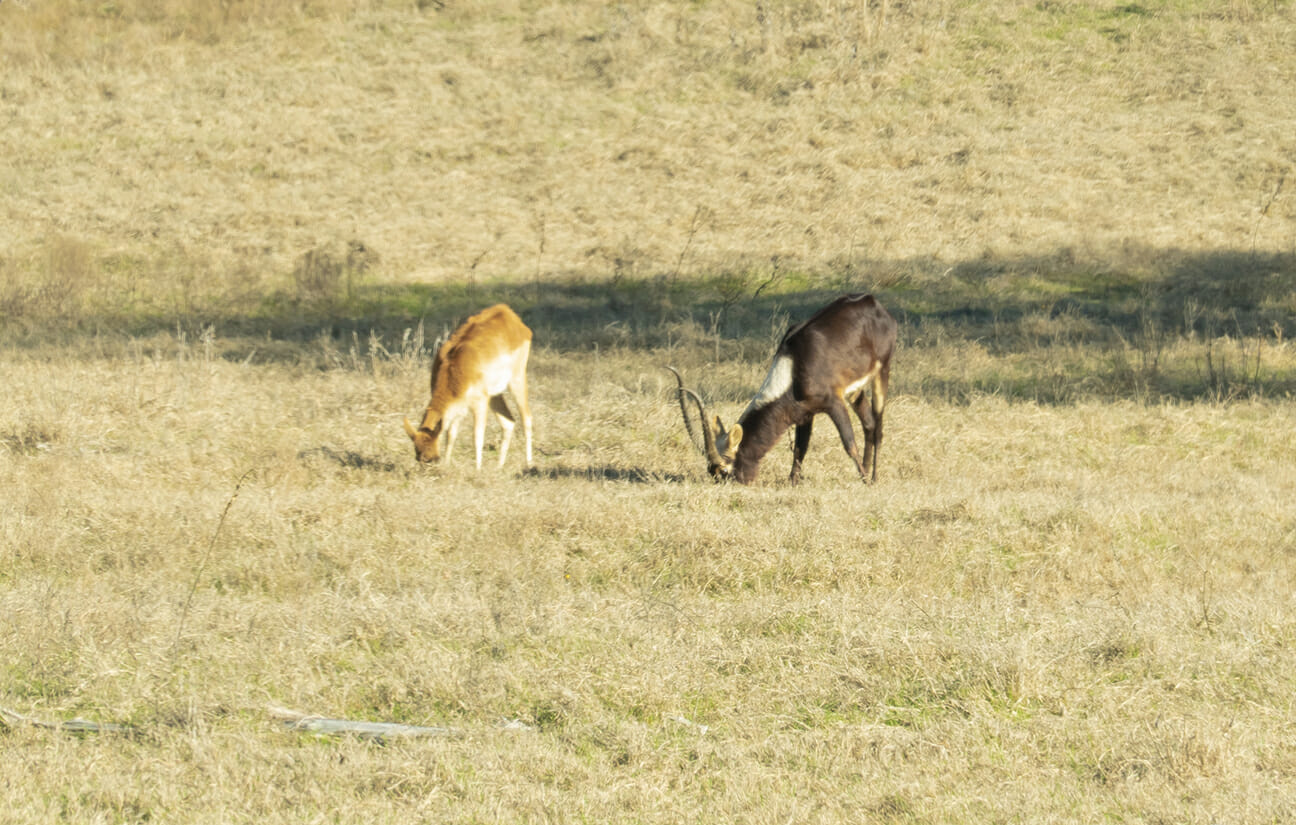 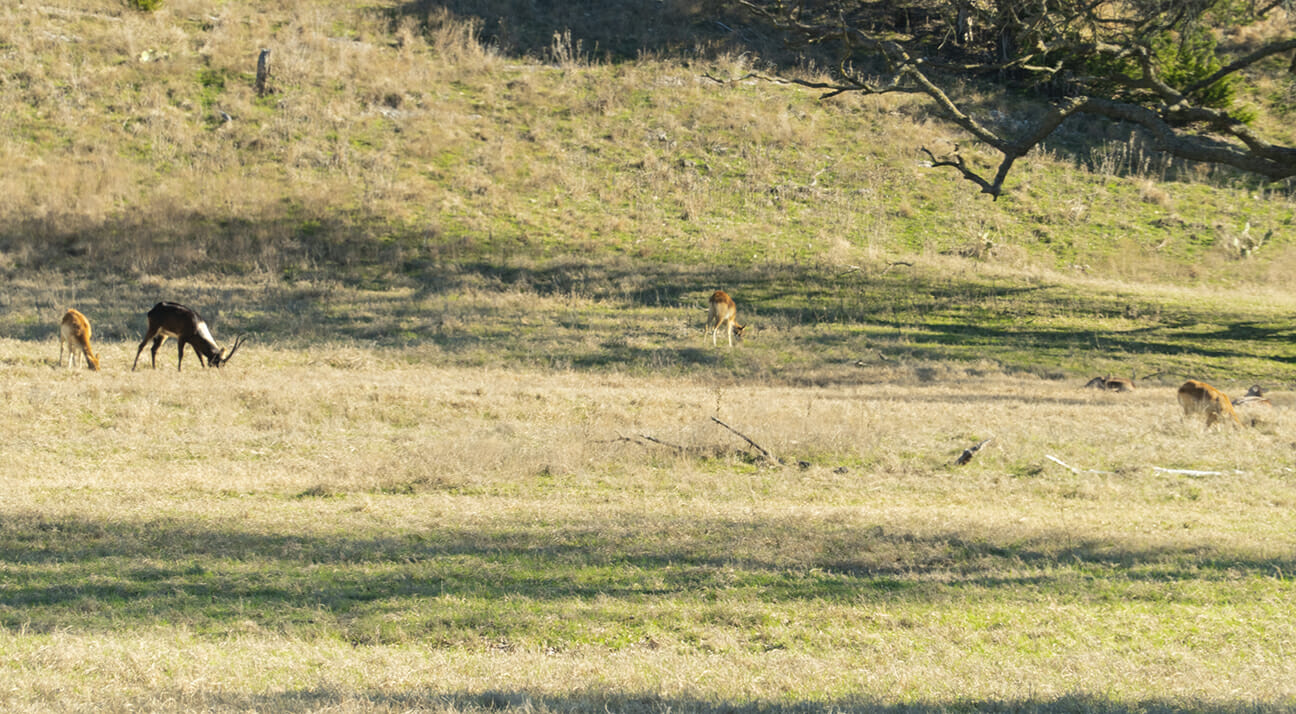 This is only the beginning, as Fossil Rim staff looks forward to helping guests learn more about Nile lechwe.

“It’s exciting for Fossil Rim to add a new species, and I hope people take the time to appreciate this endangered animal and learn about it,” she said. “That’s why it is important to us for them to be visible, so that visitors will be aware of them and want to learn the conservation message where they are concerned.”