In early November, canid staff members from across America and beyond made the trip to Fossil Rim to learn from each other and improve the care provided to five particular species.

“This course is held at a different location each year,” said Carnivore Curator Jason Ahistus. “We were asked after the 2018 course if we were interested in hosting, since we have three of the five species that are the focus of the course. It was a great opportunity for us to have some very knowledgeable canid folks come see our animals, facility, and learn what we do.

“This course had 10 instructors of different backgrounds – Species Survival Plan (SSP) coordinators, nutritionists, and advisors on husbandry, health, and reproduction. I was honored to be asked to be an instructor for this course and look forward to maintaining that role going forward.

“The course was attended by 30 students from different animal facilities including two students apiece from Canada, Mexico, and Australia, as well as students from across America. This was the first canid husbandry workshop we’ve held, and I’d definitely like to host more canid events in the future.”

Ahistus was the instructor for the maned wolf portion and provided input during the red wolf and Mexican wolf presentations.

The aforementioned species were the focus because they are the five large species actively managed by the Canid and Hyenid TAG (Taxon Advisory Group). Other than a guided tour for attendees, the three-day event was classroom-based with lectures, presentations, and teaching sessions.

“Most of the attendees work at a typical zoological facility, and obviously Fossil Rim’s setting is much different than that,” Ahistus said. “We were able to show them a different aspect of captive management, in terms of the canids being in a remote location (Jim Jackson Intensive Management Area) and kept in a stress-free environment with very limited (human) interaction. It shows that our focus is on breeding, and what’s best for the species.” 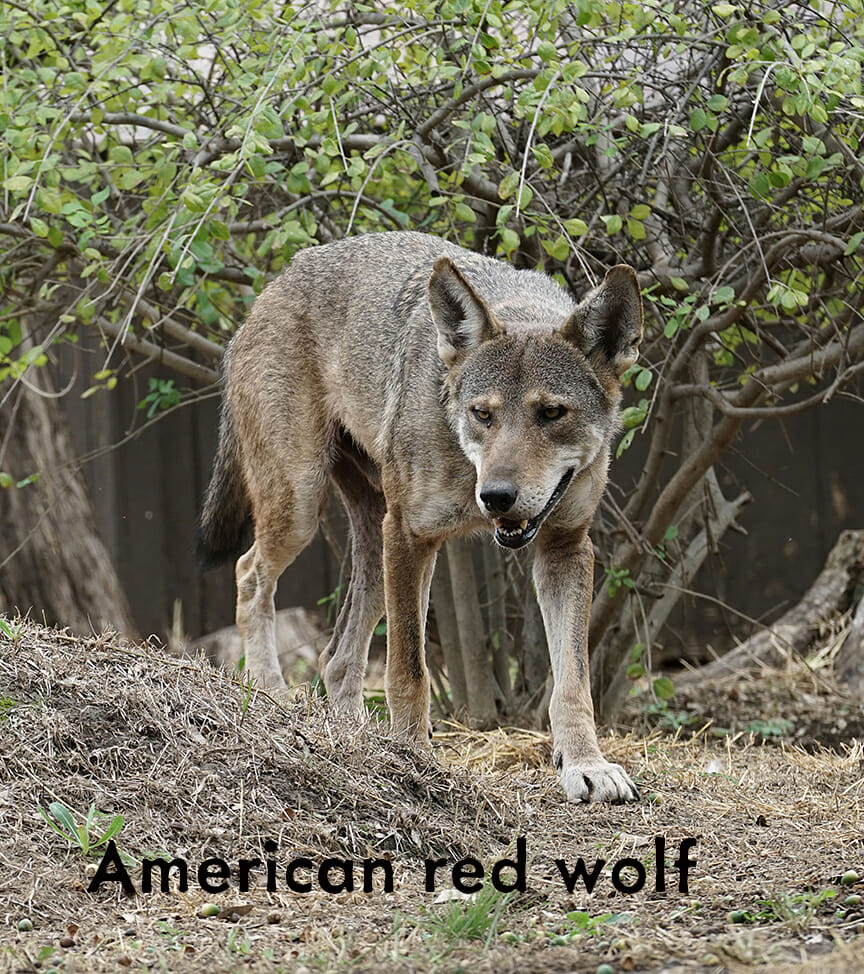 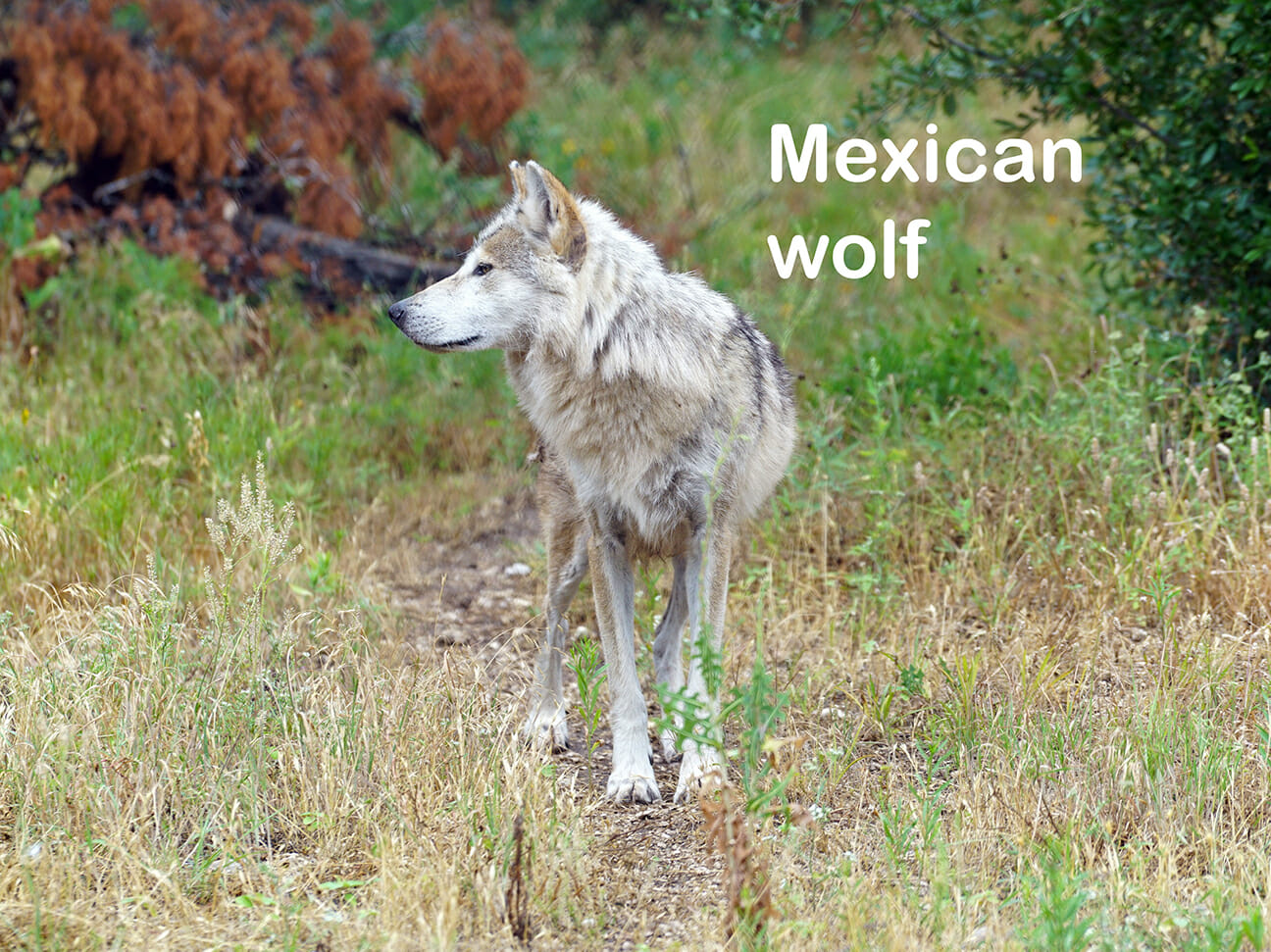 “Having the Activity Center is great,” Ahistus said of the building that opened in November 2017. “It’s a nice facility that can accommodate a group of 30-40 people. It’s definitely a setup on property that we haven’t had previously, so it opens the door for us to do more of these types of events.”

Even in one year since the previous husbandry course, there are updates to be addressed.

“The thing with animal husbandry is it’s constantly changing and evolving,” he said. “There are always new techniques being created. Going through the course myself as an instructor, I still learn things about different species and management styles. It was nice to host this event, because it allowed (Carnivore Specialist) Tessa (Townsend) and (Cheetah Specialist) Jess (Rector) to be students in the course.

“It helps our program as a whole for both of them to get that valuable experience. There were also opportunities for interns and other staff members to pop in and out, take in a presentation, and learn something new about canids.” 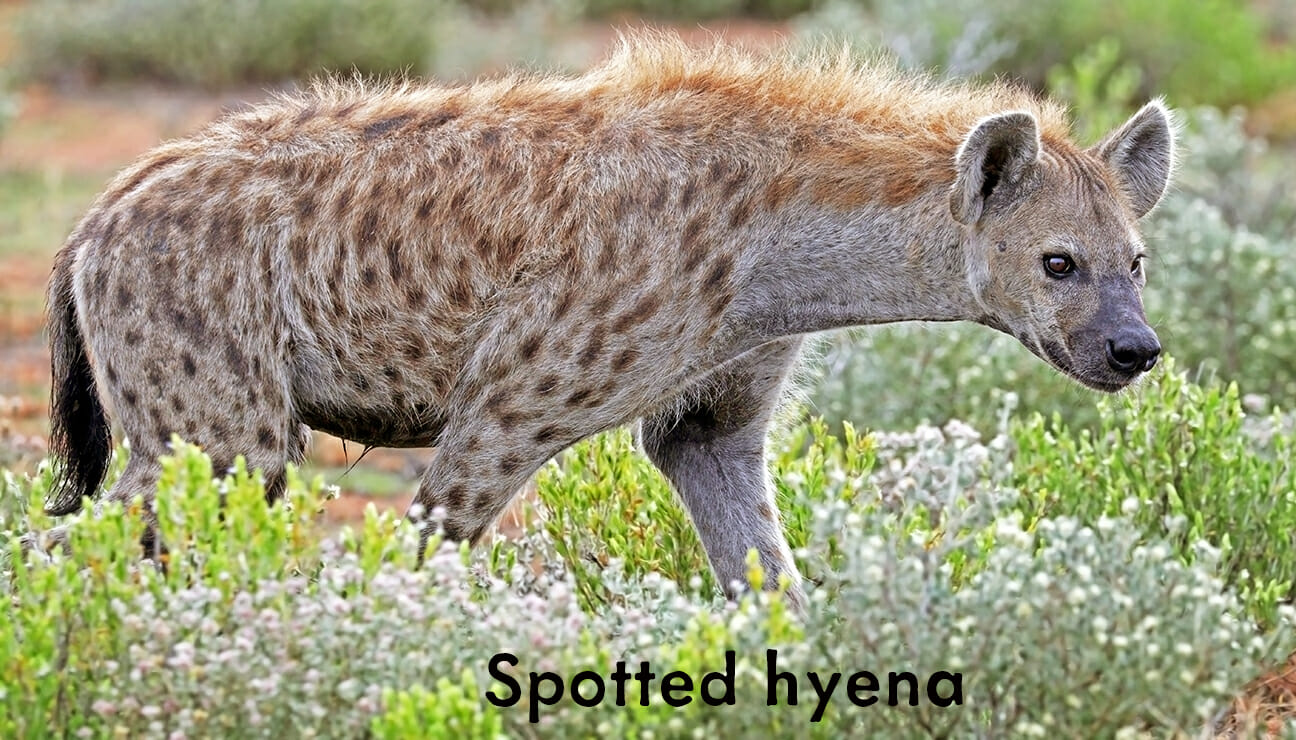 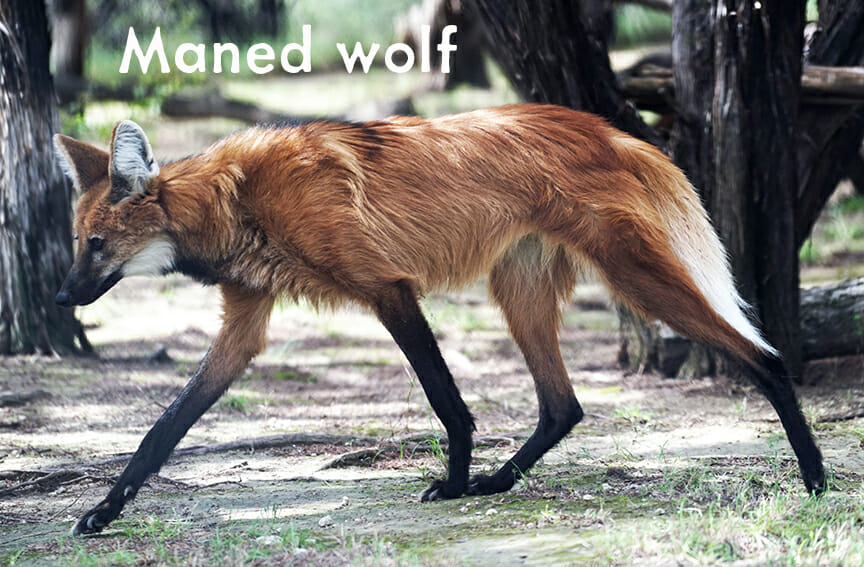 Networking is a key aspect of the animal care field.

“We all learn from each other at these conferences,” Ahistus said. “You aren’t just learning from the instructors. Networking is huge in this field, so you want contacts you can bounce ideas off of.

“Maybe you know of someone else who has gone through a similar situation to what you’re dealing with; it’s nice to be able to reach out to them if you get in a bind. I’m now a new contact for some of the people who attended, and I’ll help them however I can.

“This was an especially great opportunity for Tessa and Jess, who are relatively new to the field, in terms of them meeting some other people involved with canids and potentially be able to contact them when needed. I talked to both of them about what they learned, and both said they learned a lot. There is so much to learn over those three days, and it’s hard to take all that knowledge in, but they’ll definitely benefit going forward.”

“It was very interesting to hear really experienced people give tips for better management,” Townsend said. “Because we are so hands-off in our care, sometimes we need to get creative in management techniques. When I am watching for breeding and whelping behavior, they mentioned certain things to look out for from both the female and male. A lot of it was refreshing information I’d already learned, which is nice.

“When you do something every day, you can go on autopilot and not necessarily think about why you are doing certain things. It’s important to stay aware and try to avoid going through the motions.”

Townsend had previously attended SSP meetings for cheetahs and red wolves, but this was the first time she experienced a curriculum with a focus on daily management.

“There was a nutritionist, Cheryl Morris, who presented on maned wolves, and finding the best diet for them is always challenging,” she said. “It was good to have some updates from her on diets that can help with inflammatory bowel disease and cystinuria. Dr. Beth Hammond specializes in canids; she is a go-to person for our veterinarians, so I was interested to hear her presentation on veterinary care and diseases.

“She gave us signs to look for in the animals for particular diseases they might have. Specific information like that is very valuable; I feel more prepared.”

Townsend might not take care of spotted hyenas and African painted dogs, but she was attentive during those presentations nevertheless. 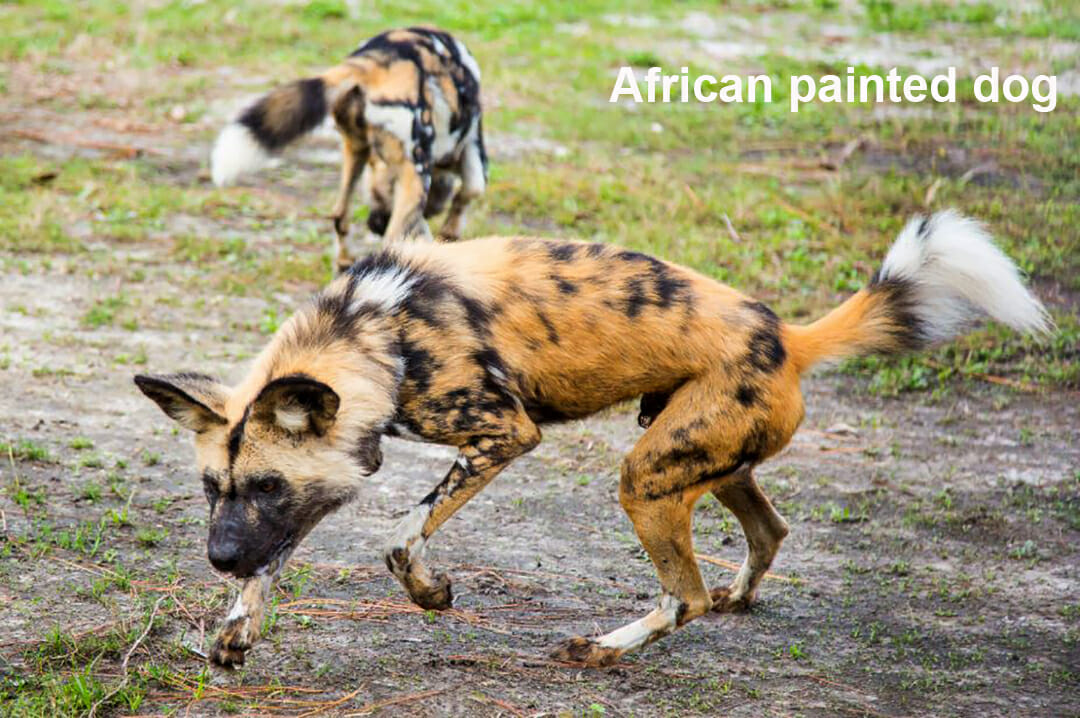 “Even though we don’t manage those species at Fossil Rim, they are fascinating to learn about,” she said. “And some of the management information about them could potentially be applicable to our canids. Hyenas have a similarity with maned wolves in that both species are very different from any other.”

As Ahistus alluded to, the opportunity to meet new people in the field was great for Townsend.

“It was nice to meet people who have a lot more experience than me in each area,” she said. “For example, Kim Scott gave several presentations on the recovery species (red, Mexican wolves) and it was great to meet her and get her contact information in case I have questions later on. Meeting Cheryl Morris and getting her email address allows me to check with her as needed on maned wolf nutrition. I know these people now, as opposed to trying to contact someone I’ve never met.

“It’s just cool to meet new people who are managing the same species I am. We can bond over that and share our experiences, as well as learn from what we have each gone through.

“I met instructors, as well as students, that I can now go to with questions. Maybe they are going through the same challenges with their animals as I am. How did they handle it and will their techniques work for us?”

Early in her fourth year as carnivore specialist, this course will aid Townsend’s efforts to continually improve for the benefit of Fossil Rim’s wolves.

“I’ve learned more about each of our canid species each year,” she said. “Taking care of them is naturally going to make you more knowledgeable as different situations come up, and puts you in position for better management. I’m more able to predict their behaviors, which makes my job easier, and I’m more efficient with my time, plus I can pick up on subtle differences more effectively now.”

Obviously he wants to stay informed, but Ahistus is on board with his staff seeking advice far beyond the perimeter fencing of Fossil Rim.

“Not everything has to go through me,” he said. “I want Tessa and Jess to have opportunities to grow and play bigger roles in these programs. I like that they are building relationships beyond Fossil Rim.”

Ahistus gave a tip of the hat to Fossil Rim staff that helped the hosting go smoothly.

“I want to give a big thank you to Kristen (Hannah) for assisting me with coordinating the logistics, to Donna (Steakley) and the Overlook Café and Foothills Safari Camp staff for preparing meals through the course, to Scott (Hughes) for working through some challenges with the computer setup, and to Ricky (Garibay), (Stephanie) Davis, Andrew (Bullard), and Will (Baker) for volunteering to be tour guides for the group.”

Discussing the course also presented the opportunity to get an update from Ahistus on Fossil Rim’s wolves. There are six Mexican wolves, four maned wolves, and there will soon be six American red wolves.

“We are in transfer season,” he said. “We’ve moved some maned wolves out and now have four for next year. We are sending off one red wolf and bringing in two new breeding wolves in November for the 2020 season. Our Mexican wolf pack is doing well; we are doing annual captures for vaccinations and setting up for breeding next year.”

The most affordable way to visit Fossil Rim wolves is on a Behind-the-Scenes Tour, which is offered at 9 a.m. and 1 p.m. daily this time of year.

“The 9 a.m. tour is usually the best one for viewing wolves, but now that we are approaching winter with cooler temperatures, they are definitely more active in the afternoon, as well.”

As for overnight lodging guests, do not be surprised to hear some howling.

“Over the next couple of months, they are entering breeding season and vocalizations will pick up,” Ahistus said. “They howl often.”

If these wolves understood how hard their caretakers are working to provide them with optimal care, they would surely howl in approval.

“Teaching the best husbandry techniques through this course not only improves the care for the animals at each individual facility, it also helps to improve production efforts and the overall success of each program involved,” Ahistus said.