As Fossil Rim Wildlife Center’s latest rhino calf closed in on two months of age, one of its primary caregivers took some time to share his perspective.

Since the southern white rhino female calf of “M’Bili” was born on Feb. 17 at 2:02 a.m., Justin Smith has been focused on helping it thrive.

“Thanks to video cameras, we were able to record a rhino birth for the first time in Fossil Rim history,” said Smith, lead rhino keeper and senior animal care specialist – hoofstock. “Our Animal Care Hoofstock Apprentice Tim (Lloyd) notified everyone that morning about 5 a.m.”

When asked what it takes for the calf to grow up healthy, Smith immediately turned his attention to the mother.

“The best thing for any animal is to have the mother, or both parents, take care of it,” he said. “Our primary objective was to ensure that M’Bili was producing enough milk for the calf and being a nurturing mother. That’s never been in question. Since her milk production is the key, it’s very important that M’Bili is healthy.

“As a staff, we are more or less on the sidelines making sure she is doing all the right things for the calf and that it is nursing. We want to be as hands-off as possible, but as soon as we need to intercede, we are ready to do so.”

“M’Bili is being a fantastic mom,” Smith said. “After we had to bottle feed Jiwe, it’s a huge relief to see her taking care of this calf.”

Smith said “relief” not because he didn’t have faith in M’Bili, but because of all that went into feeding and caring for Jiwe.

“The logistics of hand-raising a rhino is totally different than the mother raising it,” he said. “We had more than 20 people feeding Jiwe over the course of about 15 months. The manpower and resources needed when the mother is present are much less. We still pay great attention to detail in this calf’s care to get out ahead of any illness.”

With one visit to see the calf and mom at the White Rhino Barn, it’s impossible not to take note of the youngster’s energy level.

“Just like baby humans, young rhinos are a ball of energy,” Smith said. “They play and run around. It’s a brand new world, and they are going to explore. She was just starting to discover solid foods at six weeks old.”

“With any hoofstock animal, the younger and more often they can breed, the more viable they are in the long term,” Smith said. “M’Bili started having calves late and then had a pretty big gap after her first two (“Raka” in 1999 and “Fireball” in 2002) until this calf. Because she’s had the previous two calves, her age isn’t as big of a deal. If this was her first calf, we’d be documenting and worrying about every little thing.”

Even after being a great mother to her first two calves and a foster parent of sorts to Jiwe, because the stakes are so high with a young rhino the hoofstock department was still relieved to see M’Bili continue her nurturing ways.

Every day, the staff checks to make sure the infant is doing well.

“The first thing is just take a look at the calf’s skin, body condition and its activity level,” Smith said. “If it is laying on its side and acting lethargic, that’s very concerning. We would get the vets down here immediately. We also watch for urination and check the size and consistency of feces to help us get a status update without having to physically handle the calf.”

Smith and Fossil Rim just hosted an important gathering in mid-April, and it was quite an interesting time for them to do so from a rhino perspective.

“We are hosting the International Rhino Keeper Association directors meeting here, and it’s always exciting to bring in colleagues to see your rhinos,” he said before the guests arrived. “Some of these people only work with geriatrics or exhibit animals. All of those rhinos are valuable to maintaining the metapopulation of the species, but some of them might not see a rhino calf in their entire career. I’ve known I would be hosting this meeting since August 2017, and it’s been really hard not telling them I have a rhino calf until recently.

“I’ve been in this profession 12 years and at Fossil Rim five years, but it took me 10 years before I was caring for a rhino calf, so it’s a rarity. Every birth is extremely important.”

It should not be too long before the mother and baby relocate. 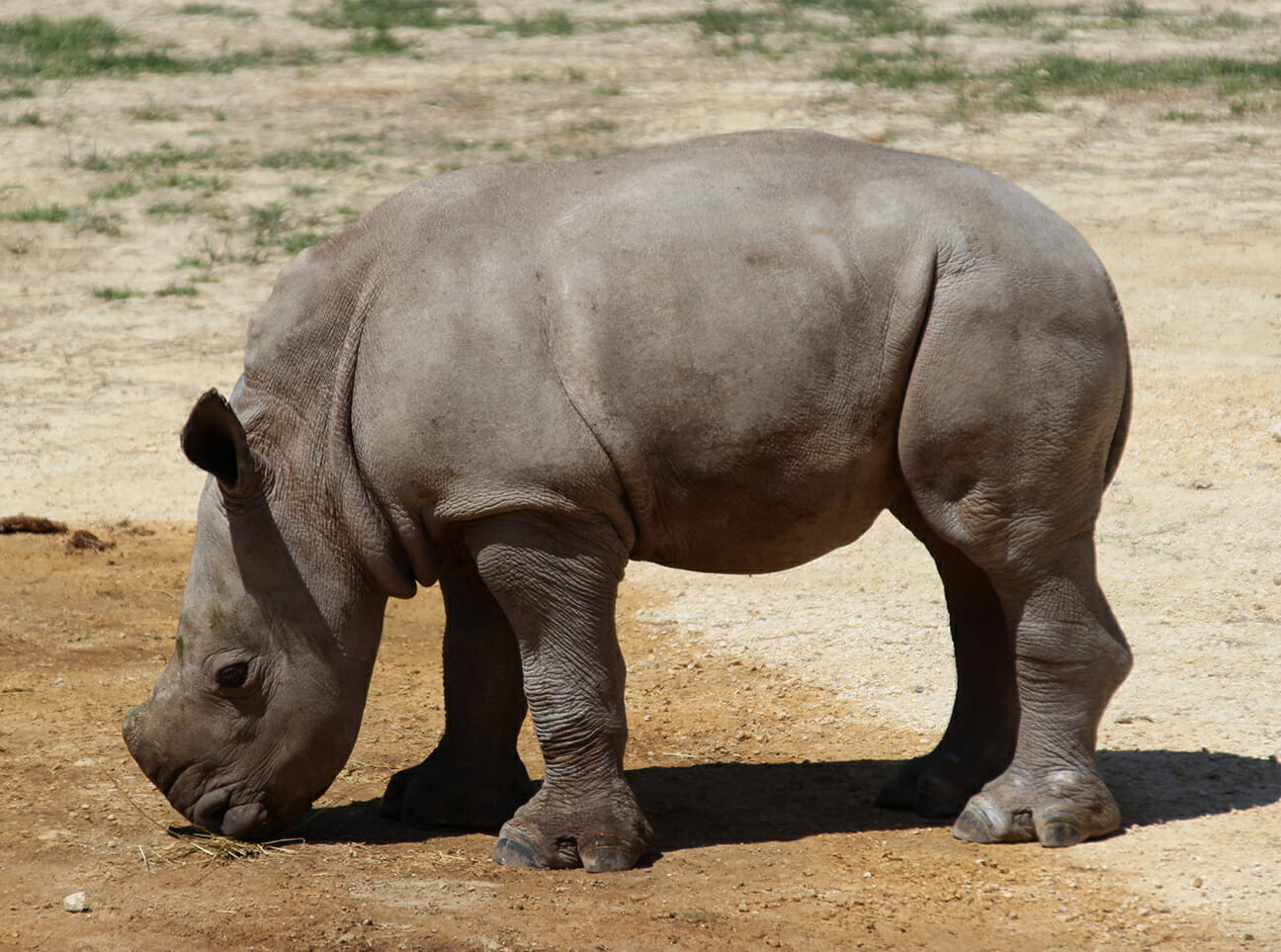 “First, we will get these two onto the tour route – hopefully in May,” Smith said. “They will go into our bullpen, which is adjacent to the main rhino yard. The key is the size of the calf for the move from there to the main yard with the full crash.

“The calf needs to grow big enough so that it doesn’t go under the (main yard) fencing structure, which will not happen until probably at least the fall. Jiwe is 16 months old and still only about half the size of a full-grown adult.” 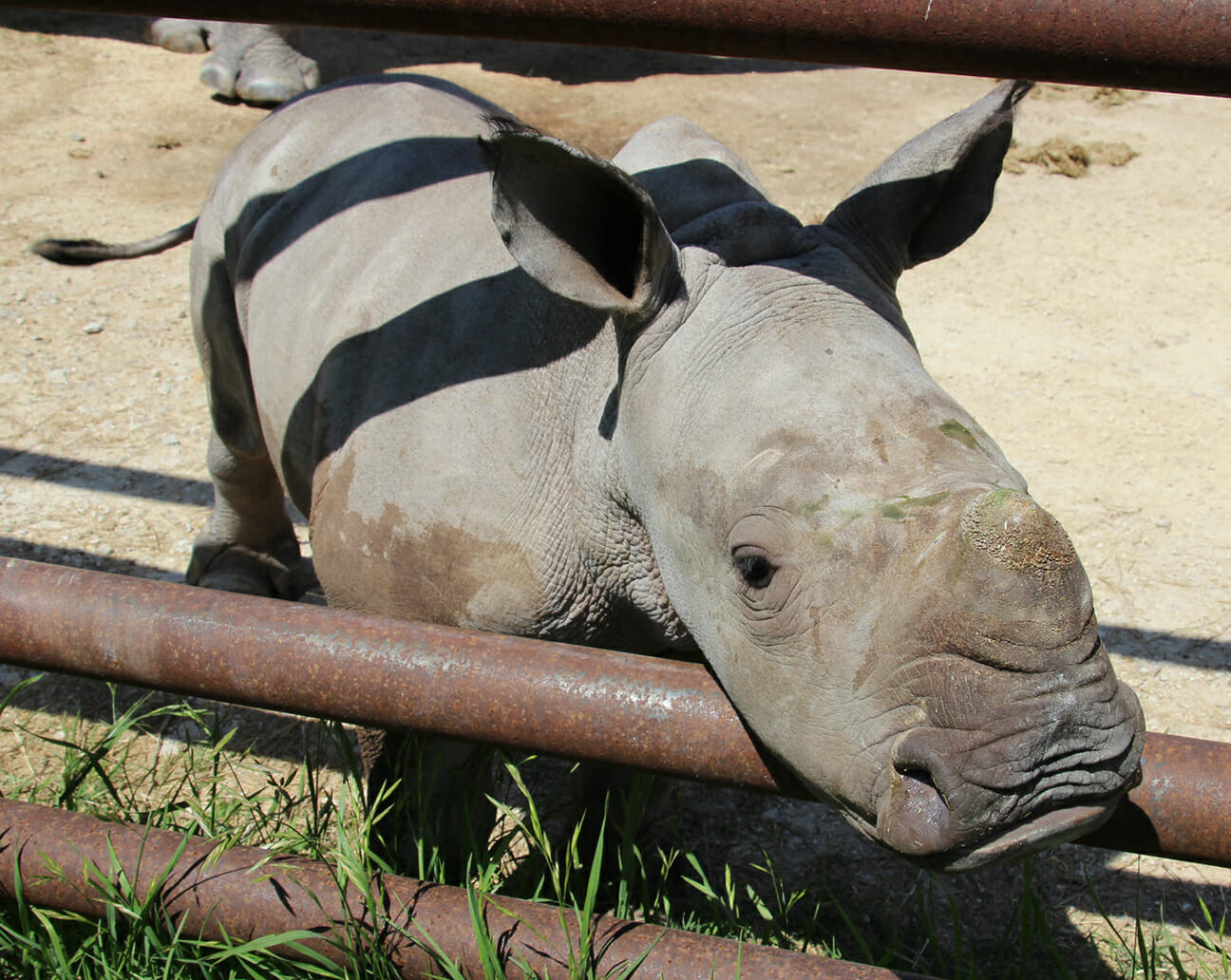 As long as they live at the White Rhino Barn, guests can only see the pair by booking a Behind-the-Scenes Tour. Once they move to the bullpen, however, a Safari Tour would be a great option to still learn a lot about the calf.

“Our guides are very knowledgeable and give you as much information as you want,” Smith said. “I definitely recommend any of our tours, and you’ll be able to spend even more time observing the calf after they move onto the tour route.” 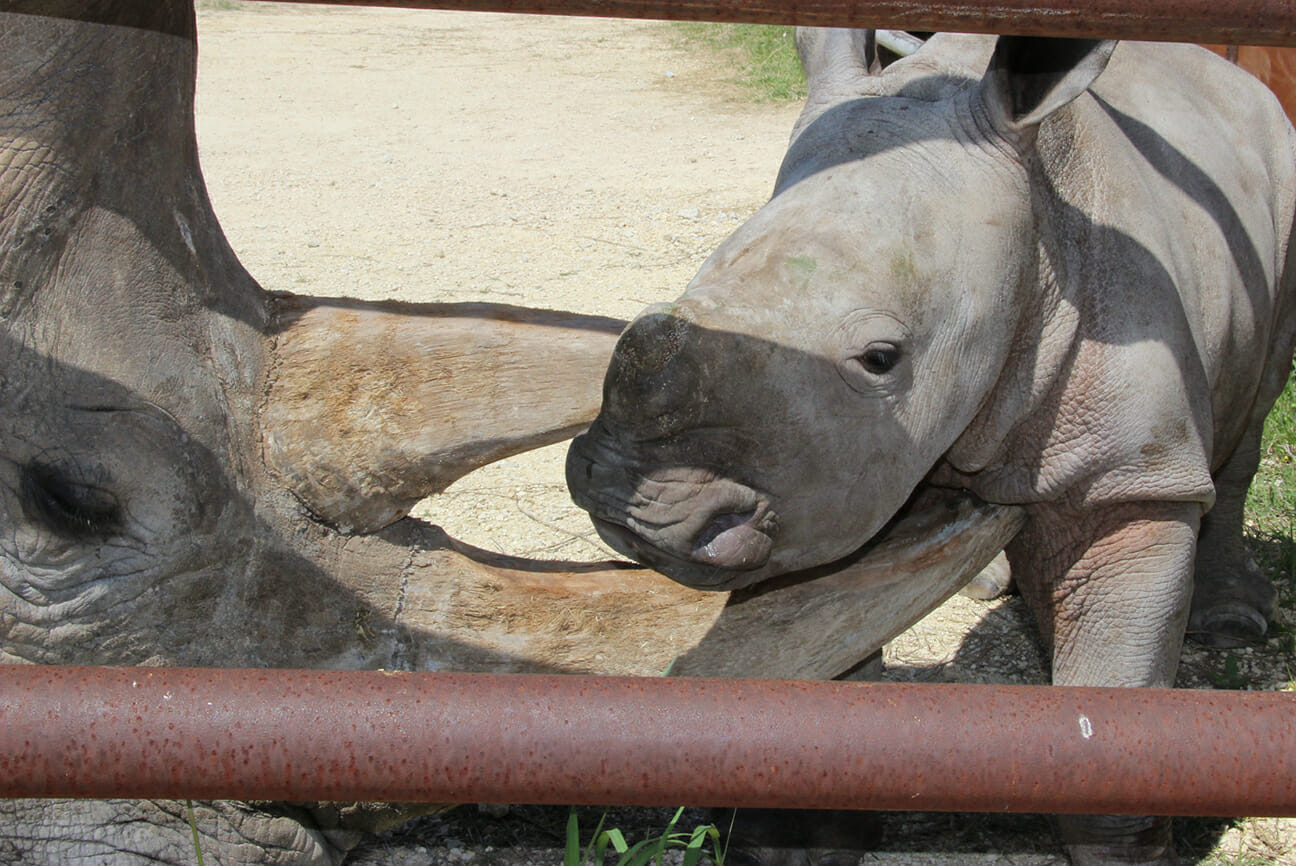 With two calves born since December 2016, activity is bustling where Fossil Rim’s white rhinos live. Smith is hopeful to replicate that action across the park inside the Intensive Management Area, where the critically endangered southern black rhinos reside.

“(Hoofstock Curator) Adam (Eyres) and I are trying everything we know to facilitate a southern black rhino birth and talking with colleagues who are also trying to sustain the population,” Smith said. “That species is in dire need of births, so it’s very important to keep working for it.” 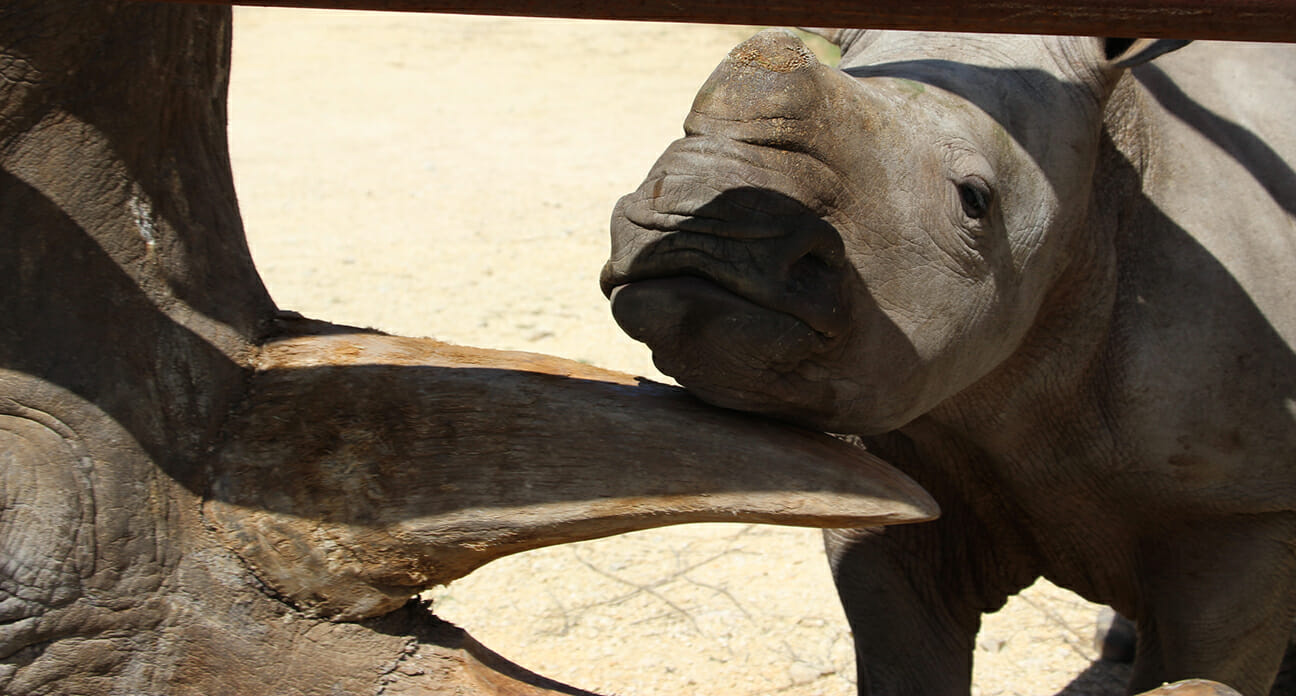