July 28 brought a bevy of animal artwork to D’Vine Wine in Granbury, as Fossil Rim Wildlife Center headed back to its favorite winery for a Gallery Night event.

All told, $1,900 was raised from the sale of animal art, plus D’Vine Wine is donating 20 percent of its proceeds from the evening to Fossil Rim’s conservation fund.

“We love animal décor to start with, so decorating for a Fossil Rim event fits right in,” said D’Vine Wine Co-owner Diane Hedges. “I think this is one of the top Fossil Rim events we’ve hosted. Certainly the Gallery Night last year with Thomas Shea and the giraffes he painted was a big hit, too.

“Earlier (in the day), I had some kids tell me they’d visited Fossil Rim this week, and then they were in here with their mom. They were really excited to see the paintings, trying to get mom to buy them all.”

“We definitely want to thank everyone at D’Vine Wine, especially the owners Diane Hedges, Joshua Winters and Tony Hedges,” Adams said. “I appreciate all of our employees who came out to support. Kristina (Borgstrom) helped me take care of the money and made several announcements, Donna (Steakley) helped set up, Amber (Wiedeman) did an inventory of paintings, Maia (Howard) helped with the auction, Alex (Sharkey) spoke about the cheetahs, Ashley (Hess) helped with money, Garrett (Gosdin) put together a video for people to check out during the event, (Tye Chandler) took photos – it was a group effort. This was a lot of fun to organize and a lot of work the day of, but it was fun.”

Adams said 27 works of animal art were sold at the event, but there are some works remaining at D’Vine Wine that people can stop by to check out and purchase.

“The white rhino footprint, the ‘Jules the cheetah’ paw print and the painting that included the photo of the Guardians of the Galaxy cheetahs were our top three items and they were all auctioned off,” Adams said. “I really enjoyed the cheetah art, especially the Jules paw print. The set from ‘Mac’ the maned wolf was also neat.”

Like Hedges, Borgstrom made sure to point out the enthusiastic little helpers on hand before the event.

“These two little girls were there with their parents helping us set up,” the Children’s Animal Center (CAC) supervisor said. “They were so excited about the artwork that they kept picking them up to show others. It was good pre-event promotion.”

Beyond online promotion, Borgstrom worked to make sure the citizens of Granbury knew of the event.

“When I was passing out flyers on the square, I talked to a lot of artists and they were all willing to support us,” she said. “I met some people who hadn’t heard of Fossil Rim before, so it was fun to pique their interest. I hung up signs around Granbury and talked to restaurant owners, making sure people were aware. They thought having animal artists was a neat concept; D’Vine Wine staff were really supportive, too.

“Everyone on our animal care staff who helped our artists contribute did a nice job. I know there were times I tried with an animal and we didn’t get a piece of art the first time around.”

Some lucky guests who visited the Children’s Animal Center got to see the artwork being created.

“A lot of our painting sessions occurred during park hours, so we would have CAC guests help us choose what color paint to use with an animal,” Borgstrom said. “There were live painting sessions with goats, plus our female black-footed cat ‘Latika’ did a painting session in front of guests.”

She made sure to provide proper inspiration for the artists, which utilized animal-safe paint.

“For our goats, pigs and sheep, we used their target pole by fastening it onto a fence with the animal on one side of the fence and us on the other side with the canvas and painting supplies,” Borgstrom said. “Animals either did touch training, used a pole as a head scratcher or we put peanut butter on the target pole ball. The brush was at the other end of the pole. Our goats ‘Lucy’ and ‘Harmony’ really enjoy the headscratcher technique, which results in some pretty bold artwork.

“Our exotic birds were given a bamboo stick they could play with, either holding by foot or chewing on. We can hide treats in bamboo and put the paintbrush on the other end. Depending on the animal, different techniques led to different painting strokes.

“Our bare-eyed cockatoo ‘Pearl’ followed a trail of sunflower seeds. She walked through animal-safe paint and then onto a canvas to get her footprints.”

Meanwhile, the cheetahs and maned wolf painted by crossing over the canvas to reach a meatball or prey item.

Borgstrom was pleased with the attendance from Fossil Rim.

“I think we have a good variety of people come out to our fundraising events,” she said. “This time we had the animal care staff, administration staff and many more. A lot of times, supporting human artists can mean a bit more money, so I came up with the idea to try to do some paintings that were a little less expensive for a fundraiser. The lower prices allowed more people to walk out with art in hand.

“We put info about each artist on the back of their painting. So, people were supporting Fossil Rim, but in a way also the animal itself.”

“I think the people at D’Vine Wine are wonderful to work with,” Adams said. “Diane is really helpful; they even donated a bottle of wine for our gift basket. They are really nice and it is a great venue for an event.

“I think this was a success. Keep an eye out for our next event.”

Hedges wants to keep promoting Fossil Rim to her customers regardless of the time of year.

“We’ve been busy with lots of people from out of town; I think that’s probably most of our business,” Hedges said. “It provides the opportunity to ask if they’ve been to Fossil Rim. We will be actively promoting Fossil Rim during the next few months.

“We are getting ready for (North Texas) Giving Day on Sept. 20 and want to make sure we help Fossil Rim with that. And I think once the weather cools off, my husband and I will be out there to visit the animals again.”

To learn more about D’Vine Wine or to order one of Fossil Rim’s signature wines, check out: D’Vine Wine Granbury . 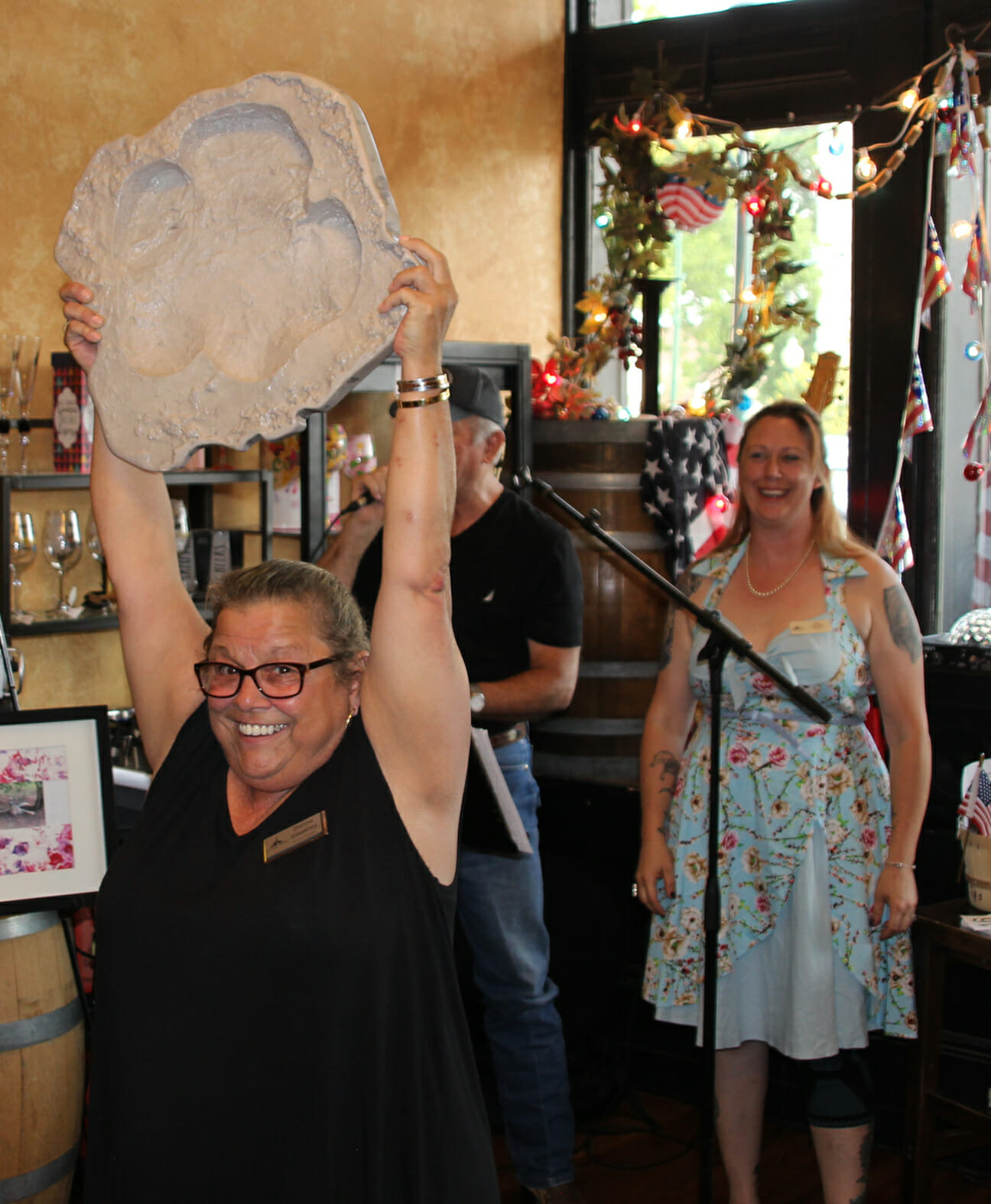 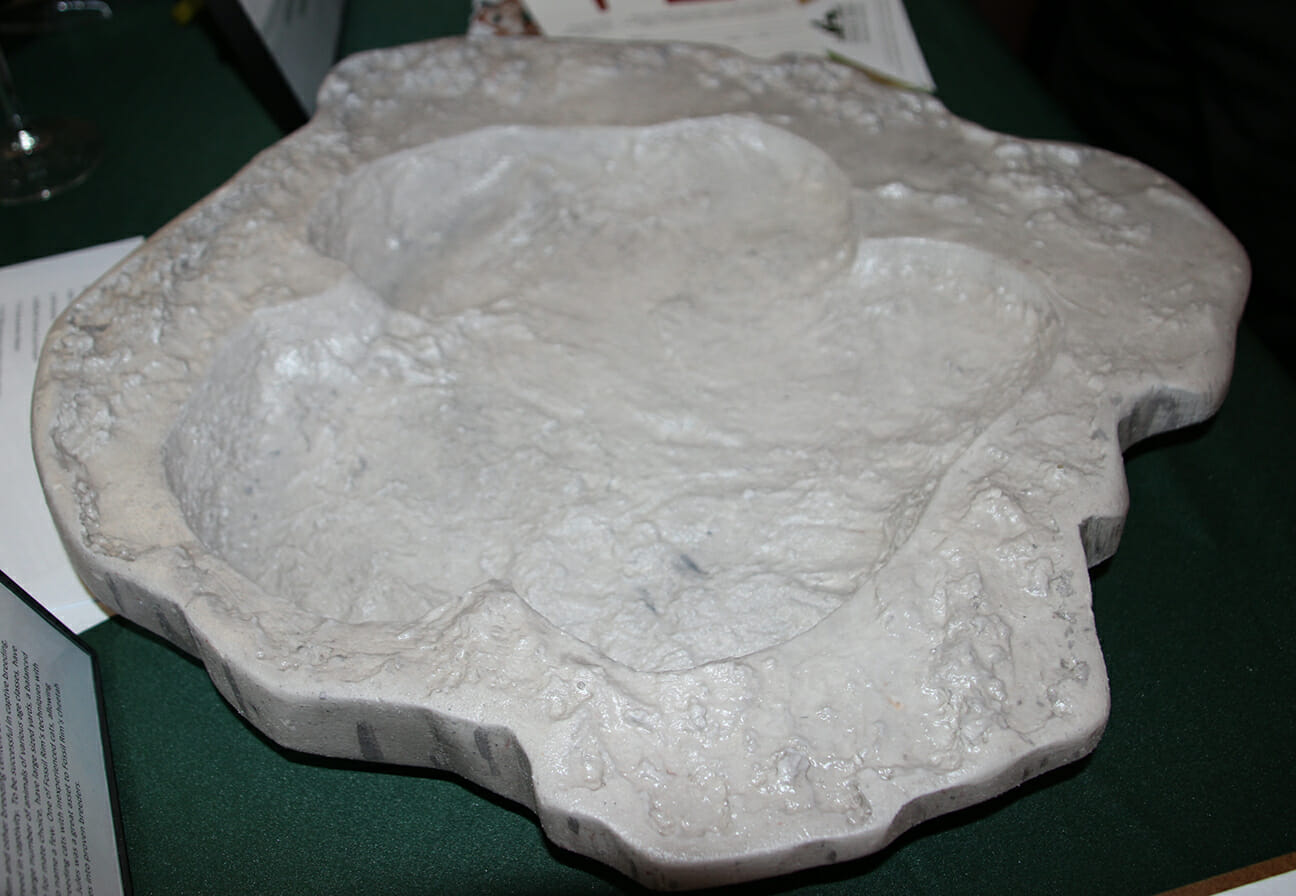 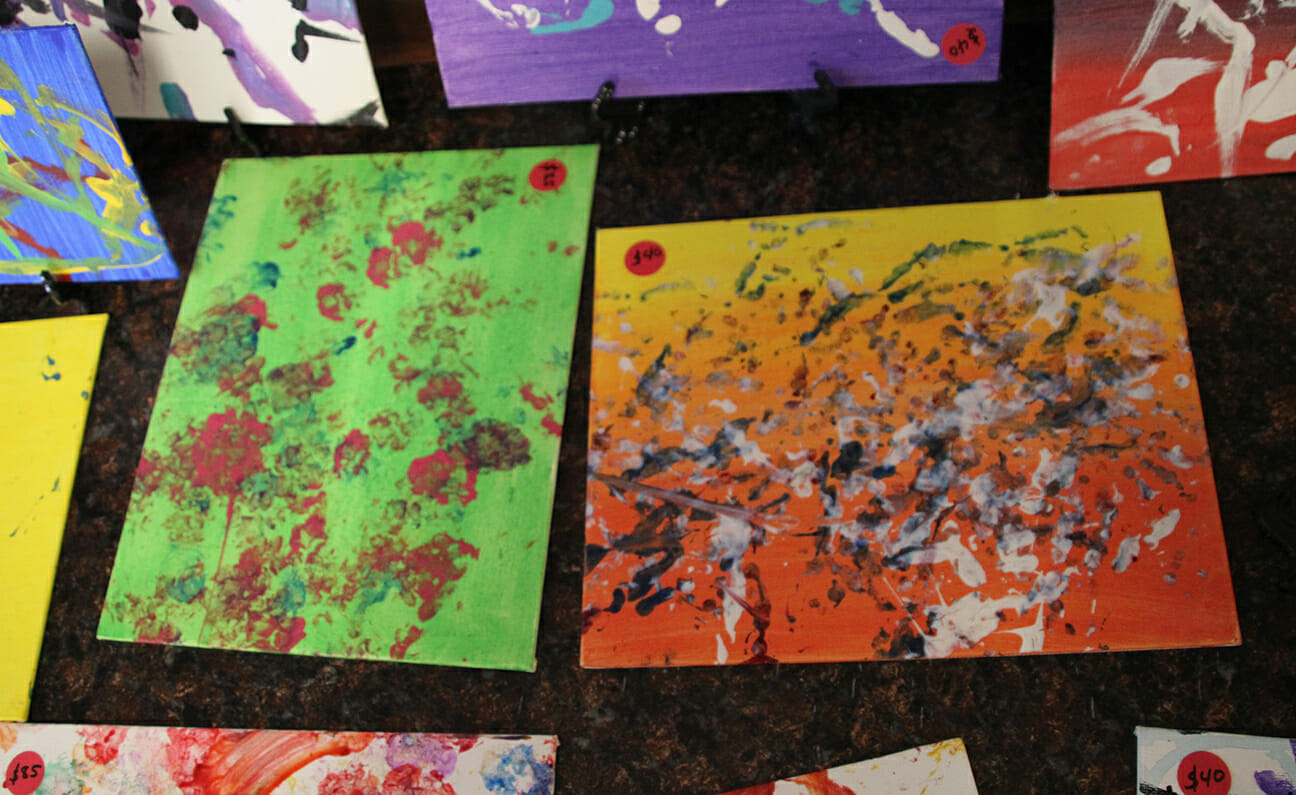 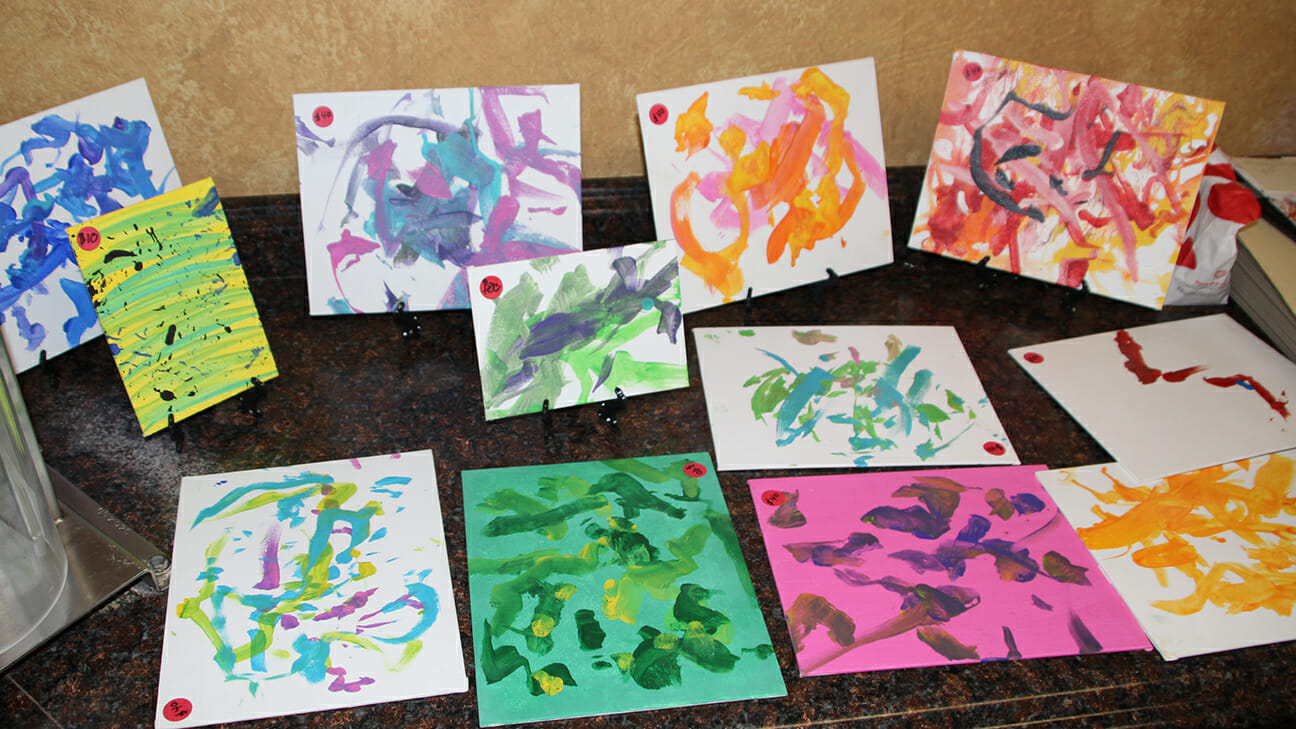 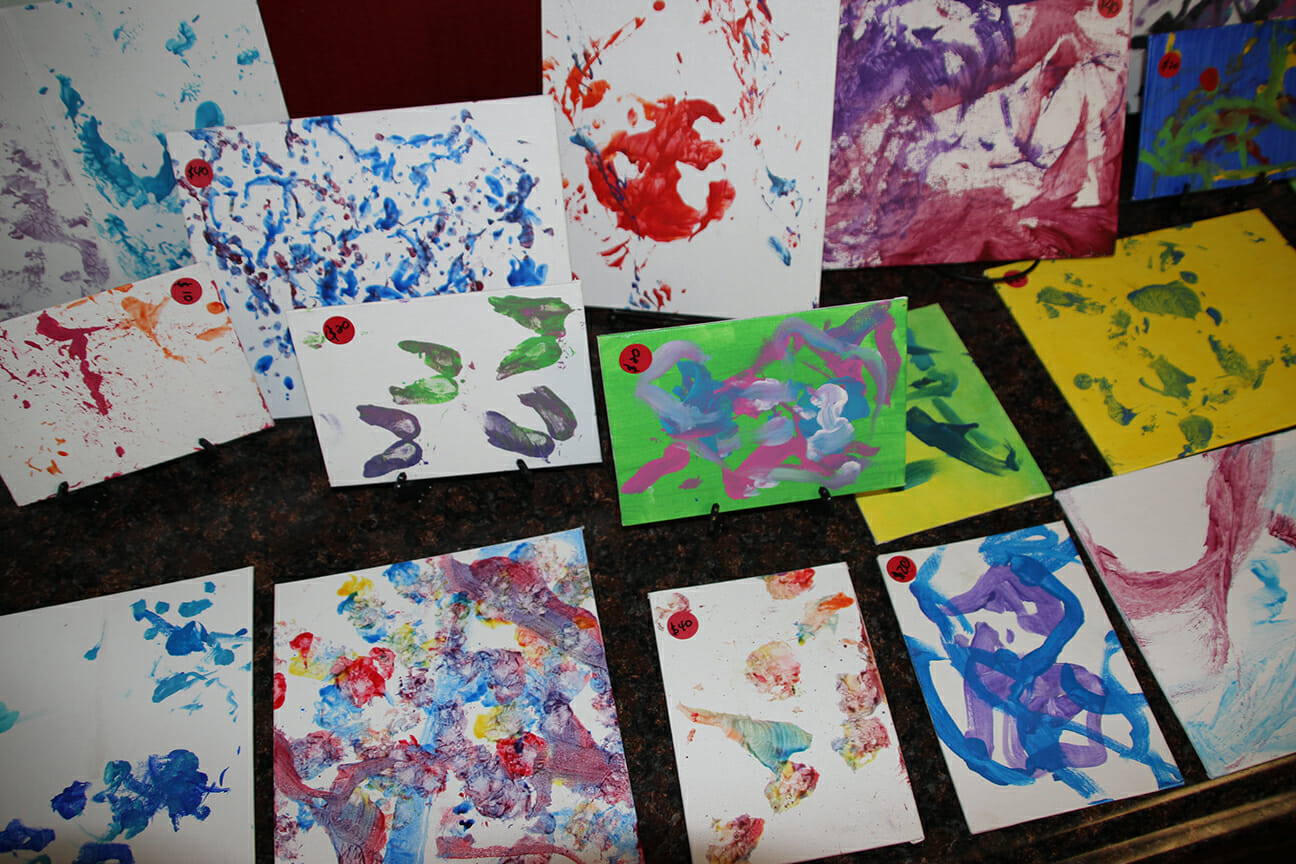 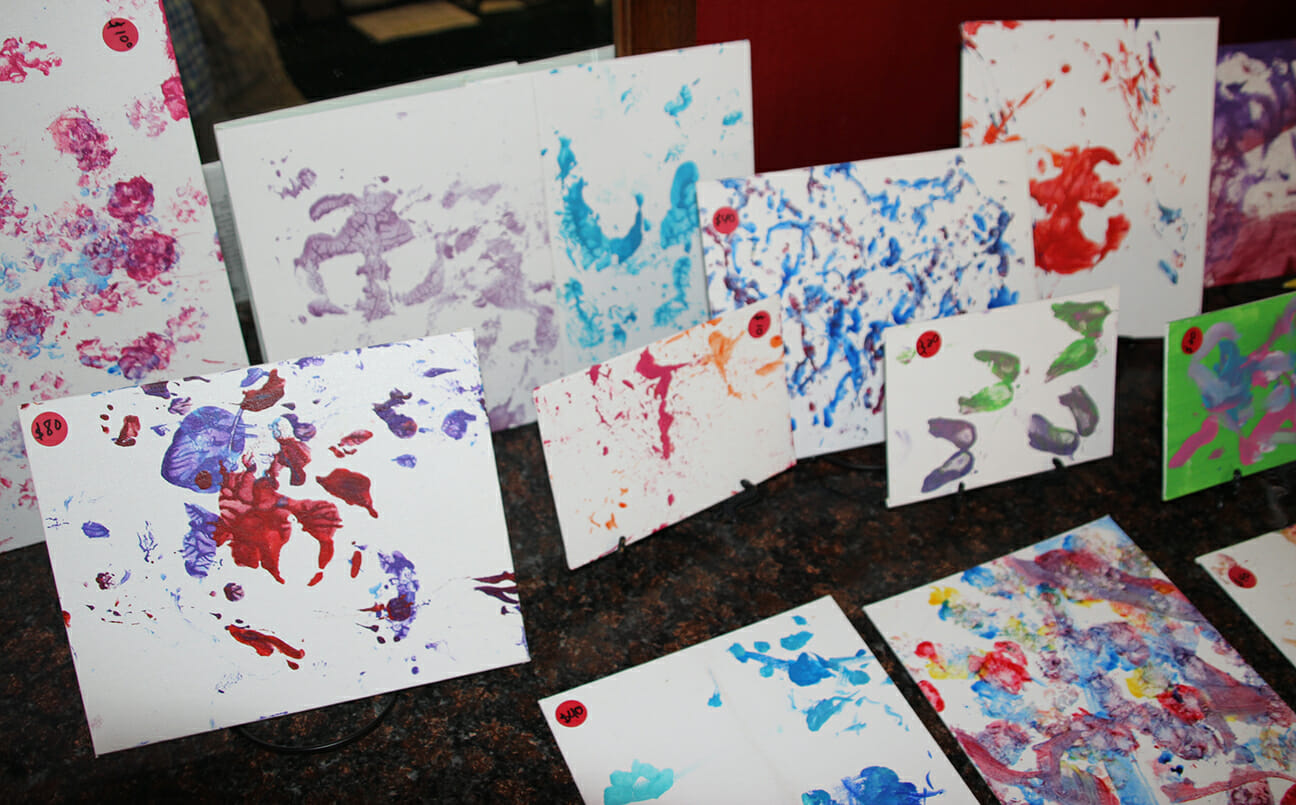 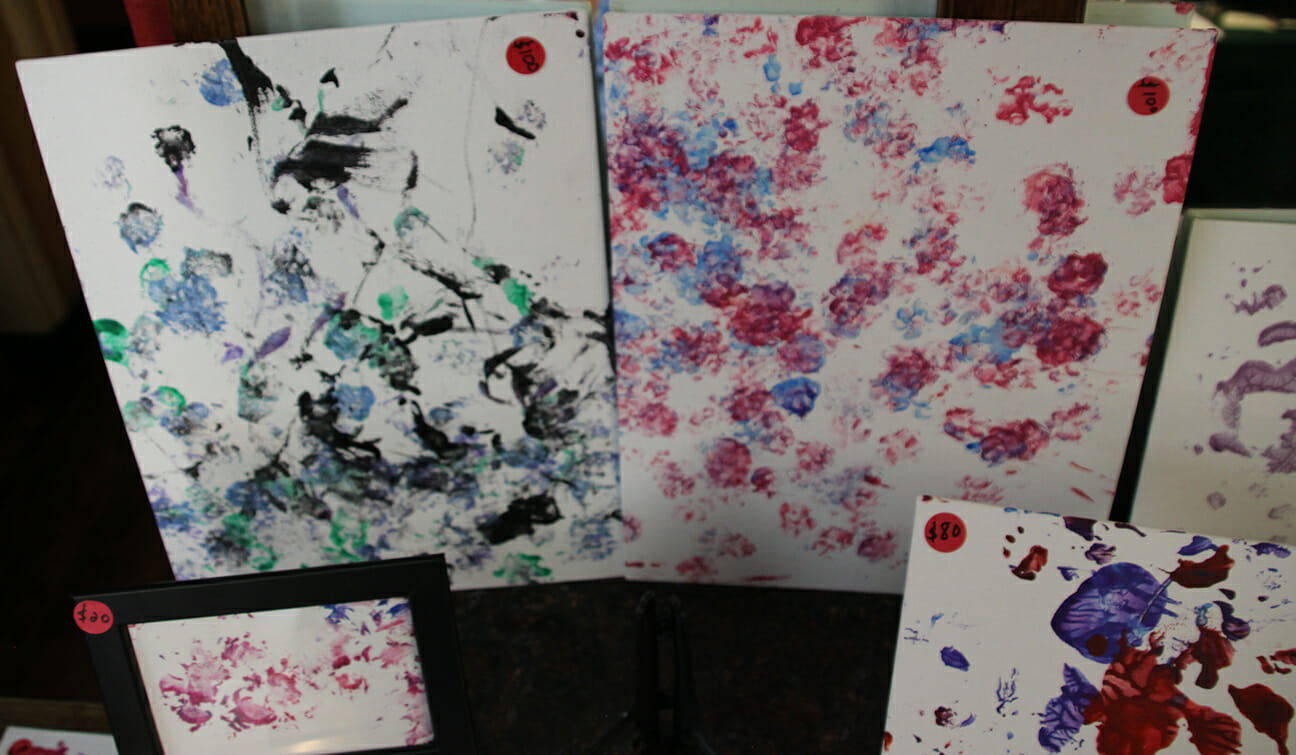 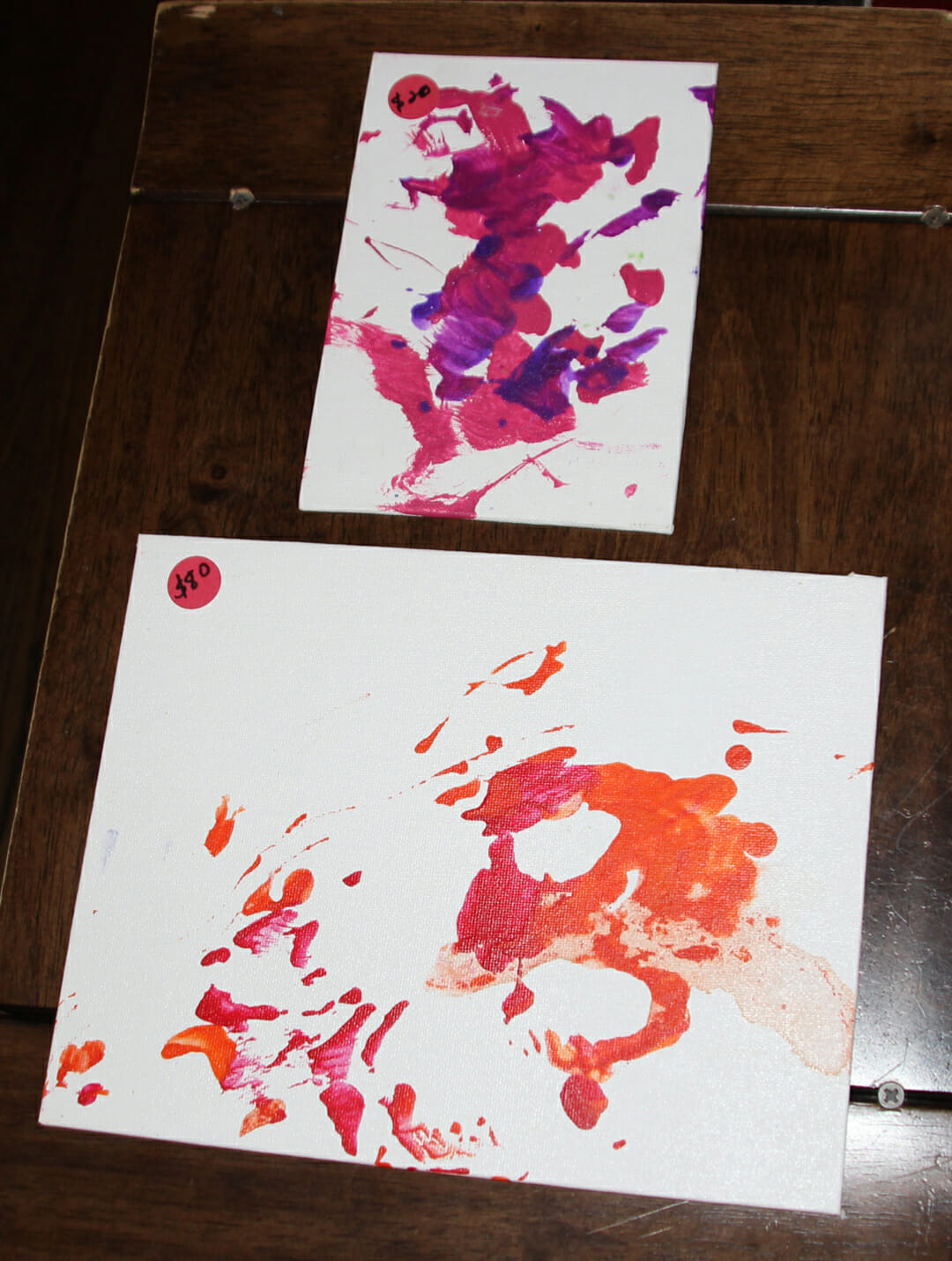 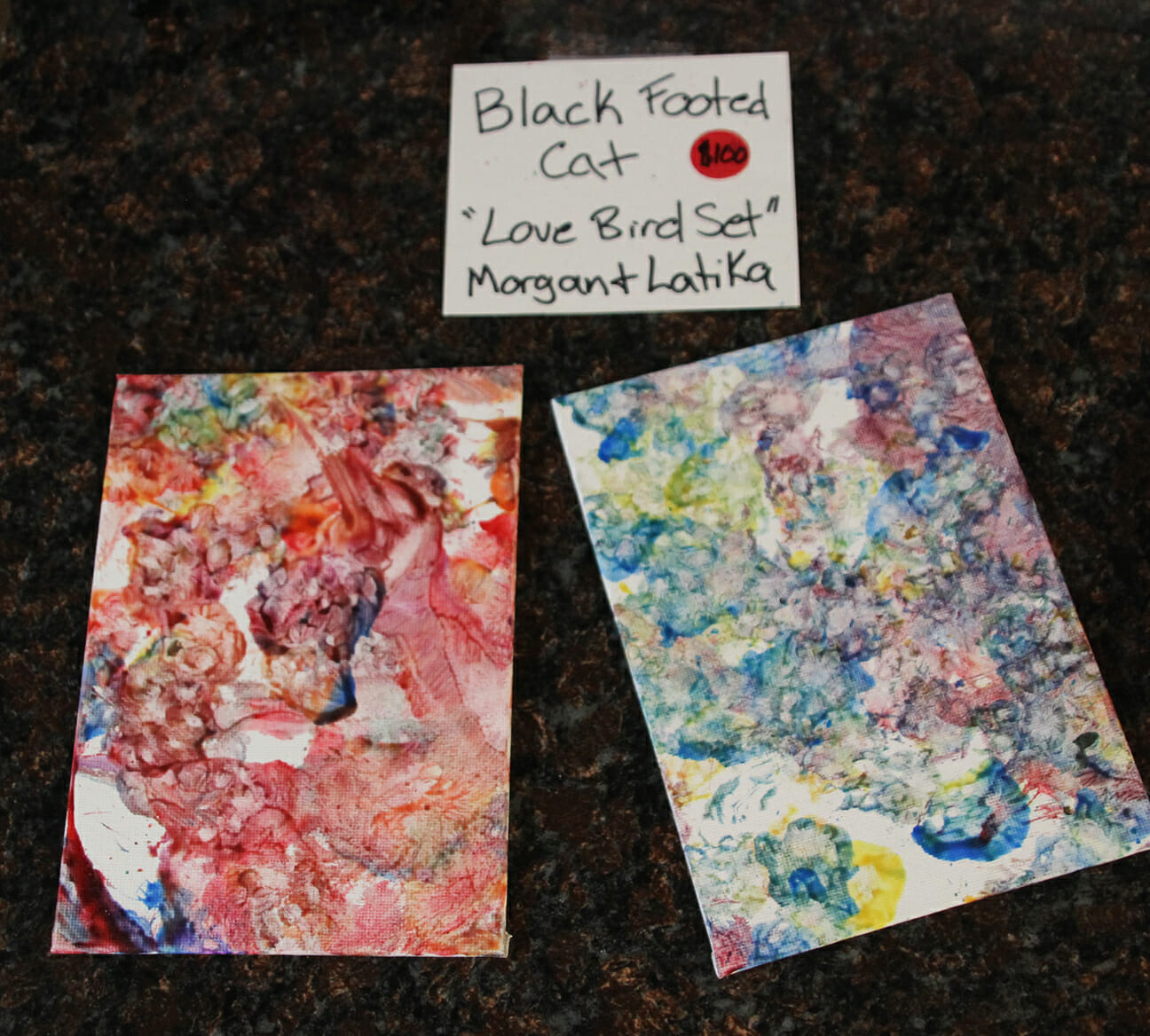 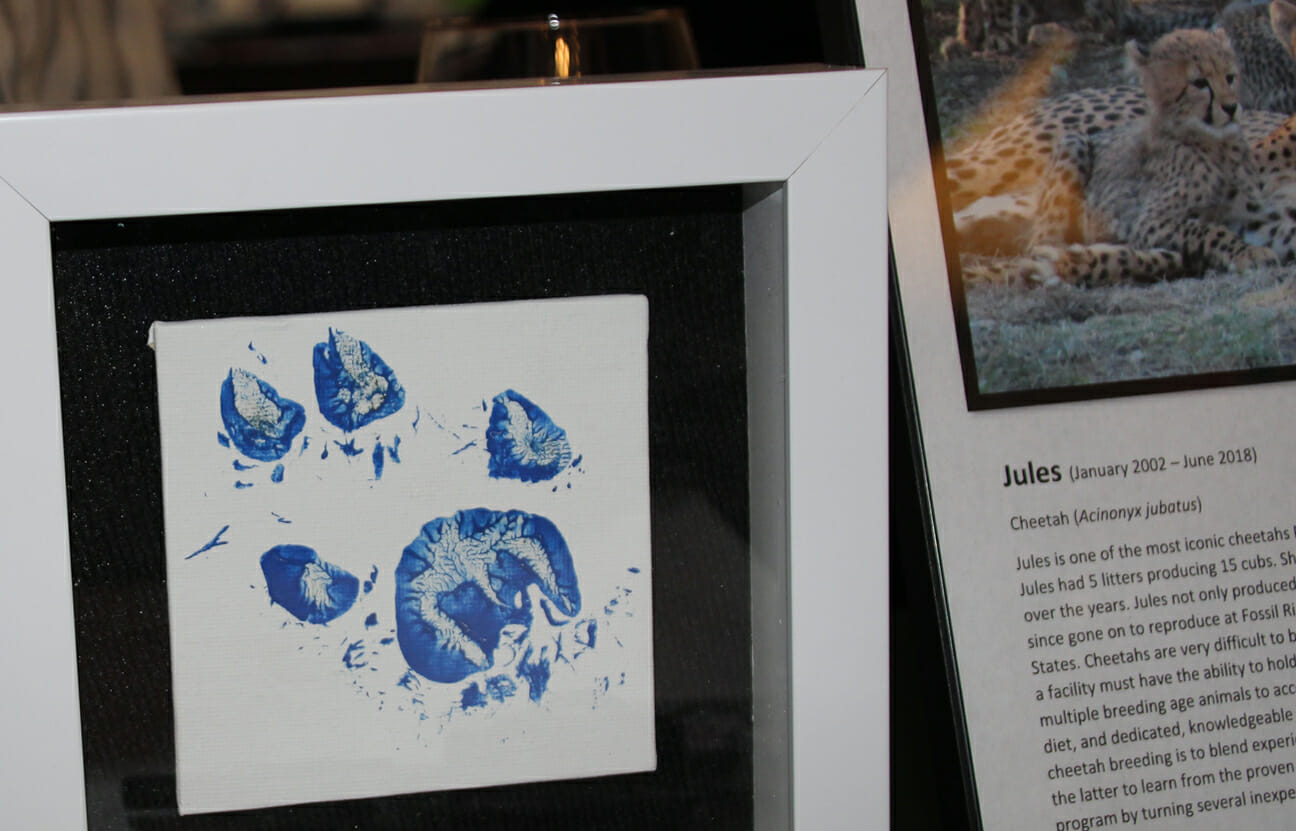 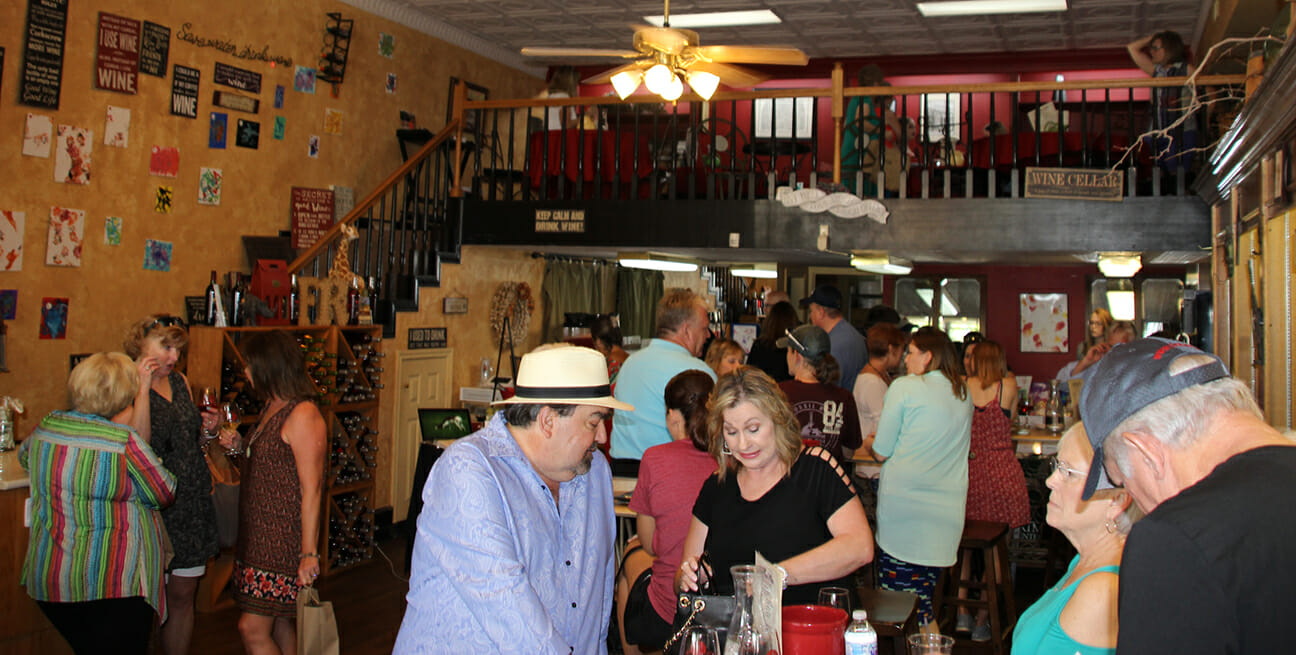 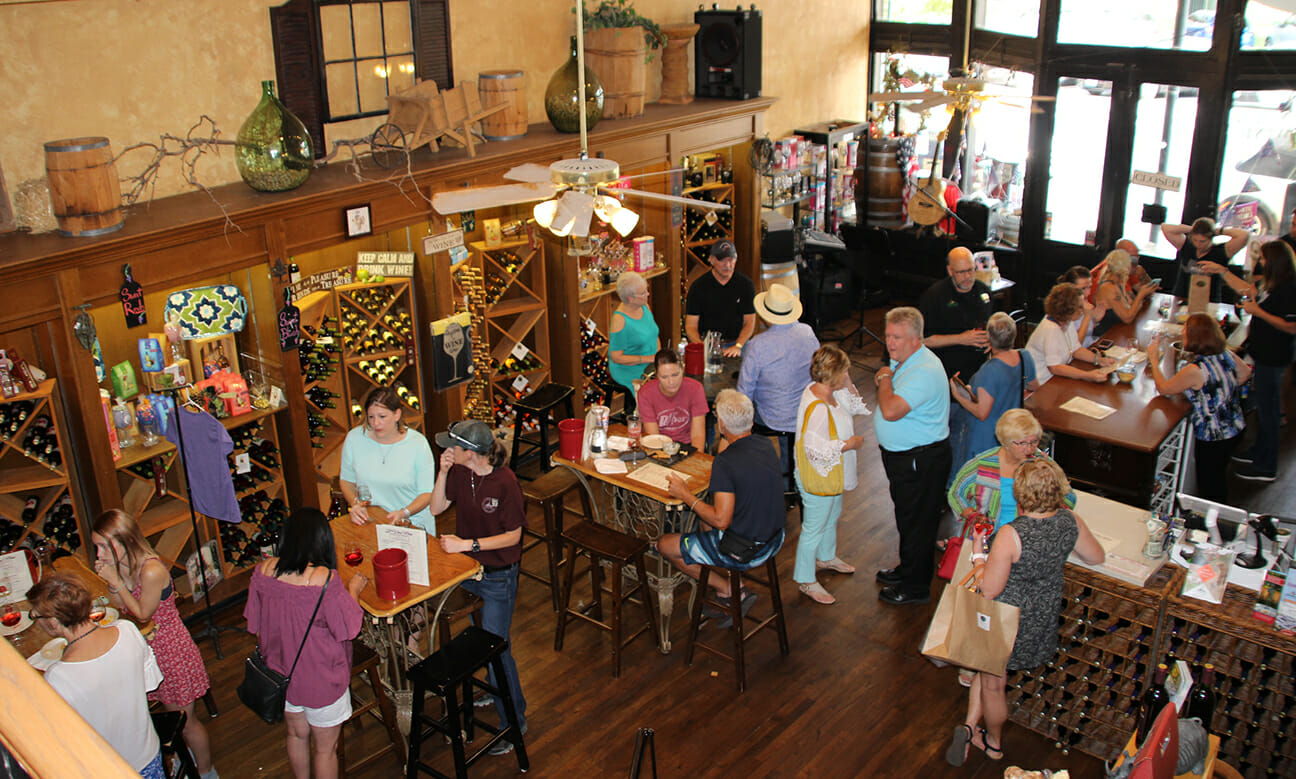 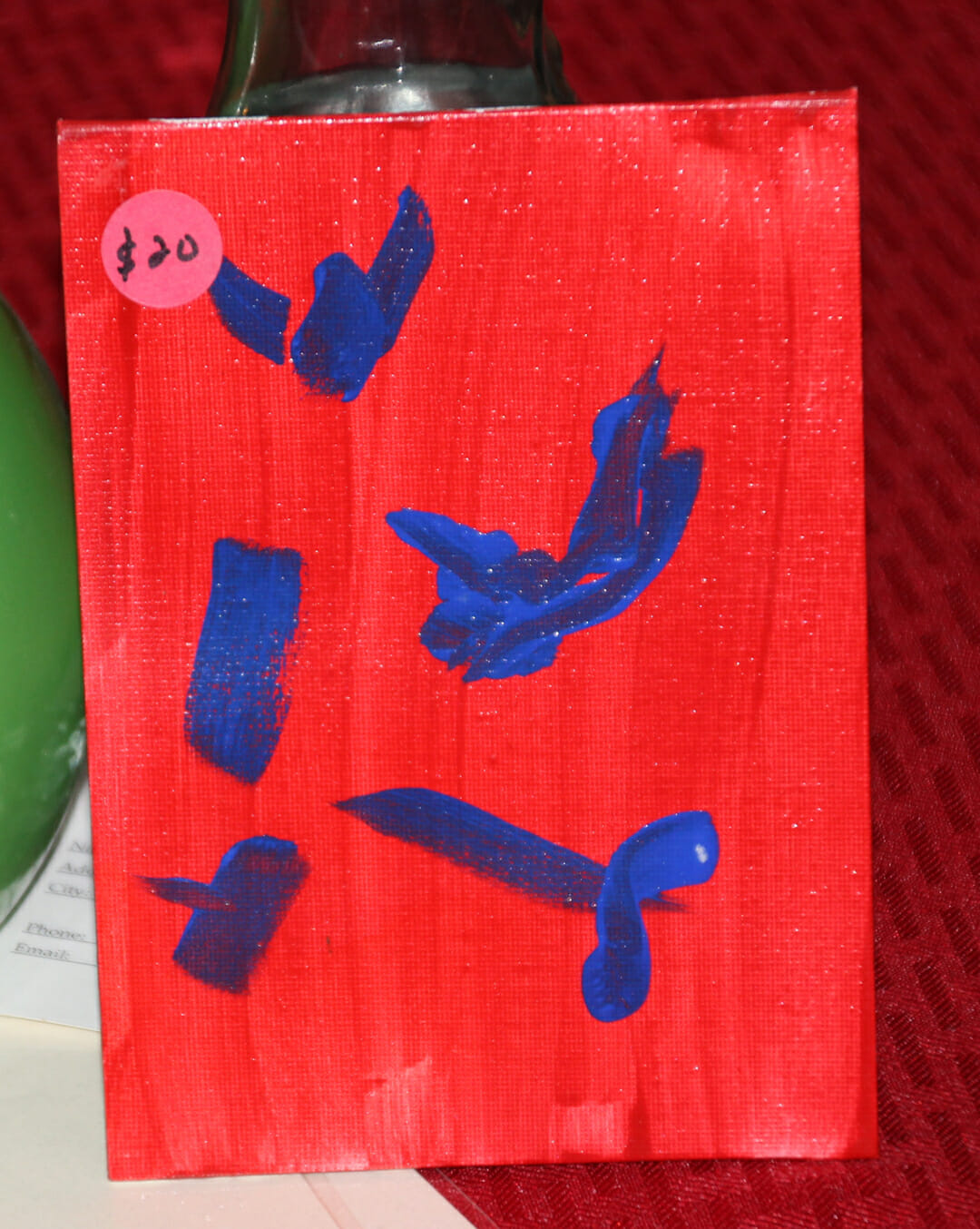 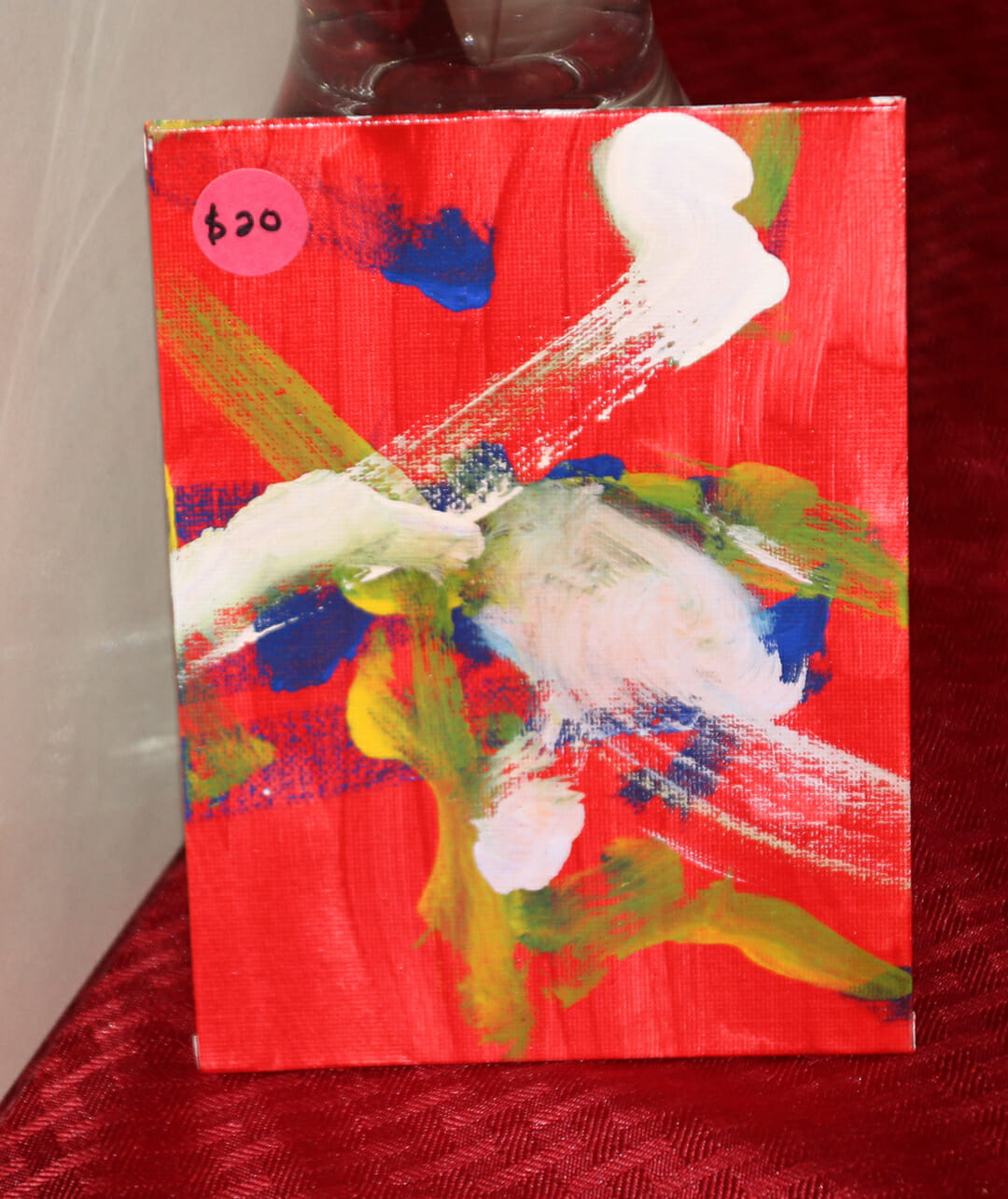 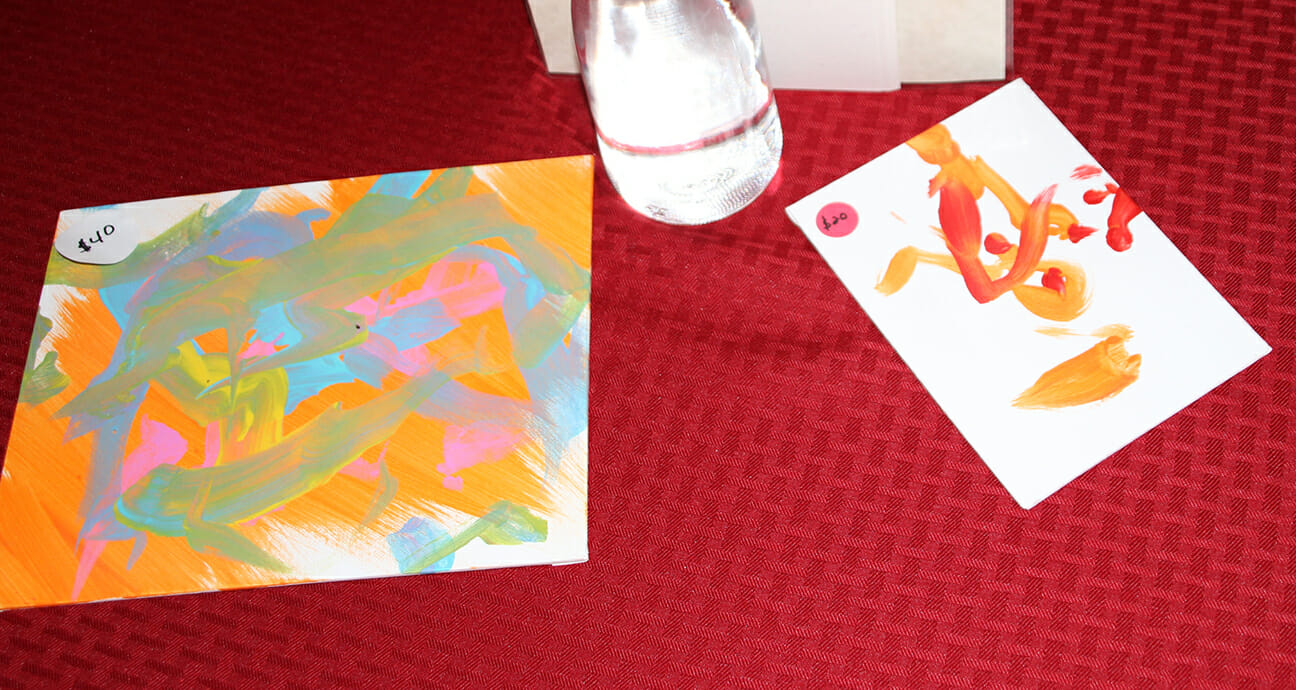 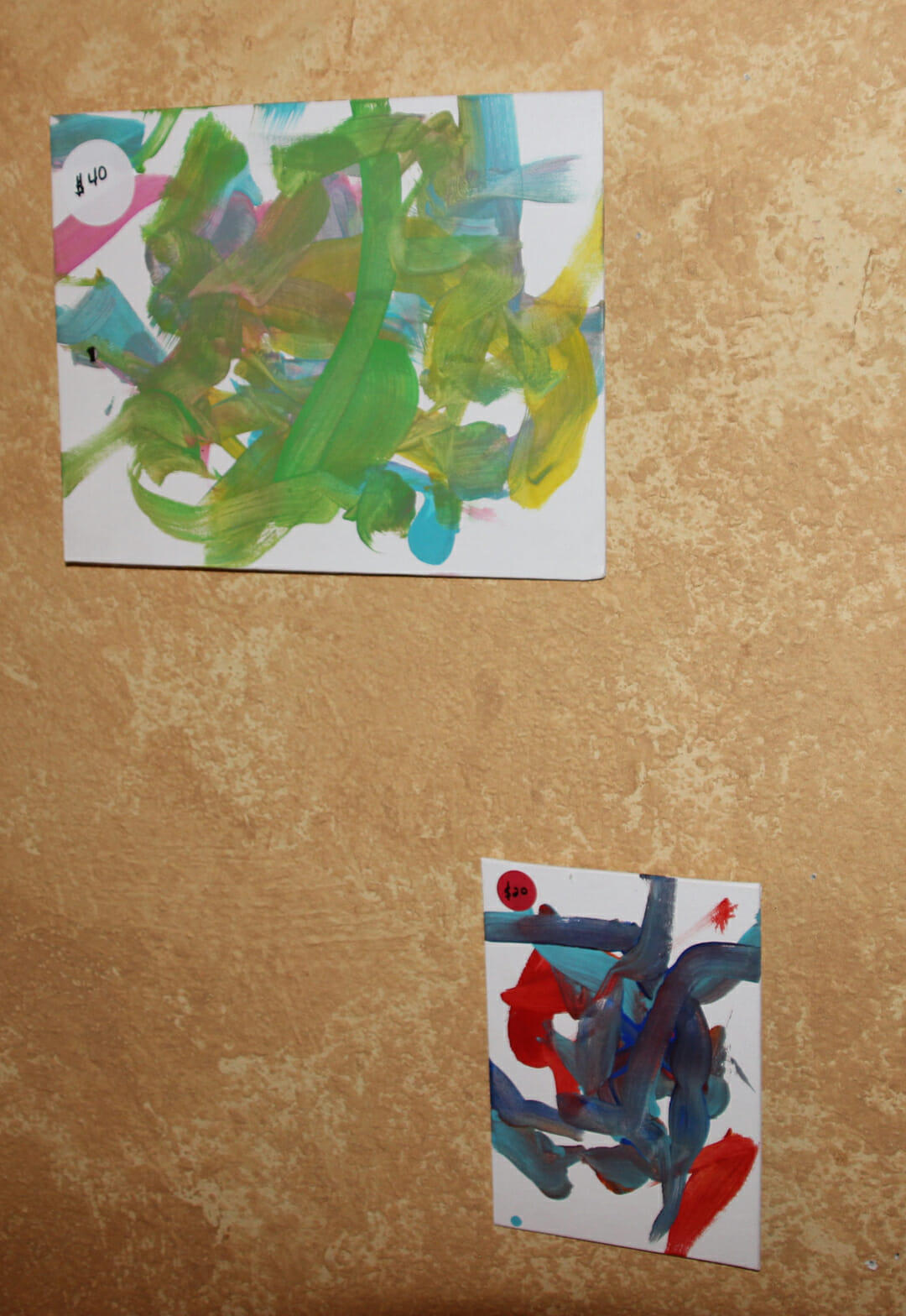 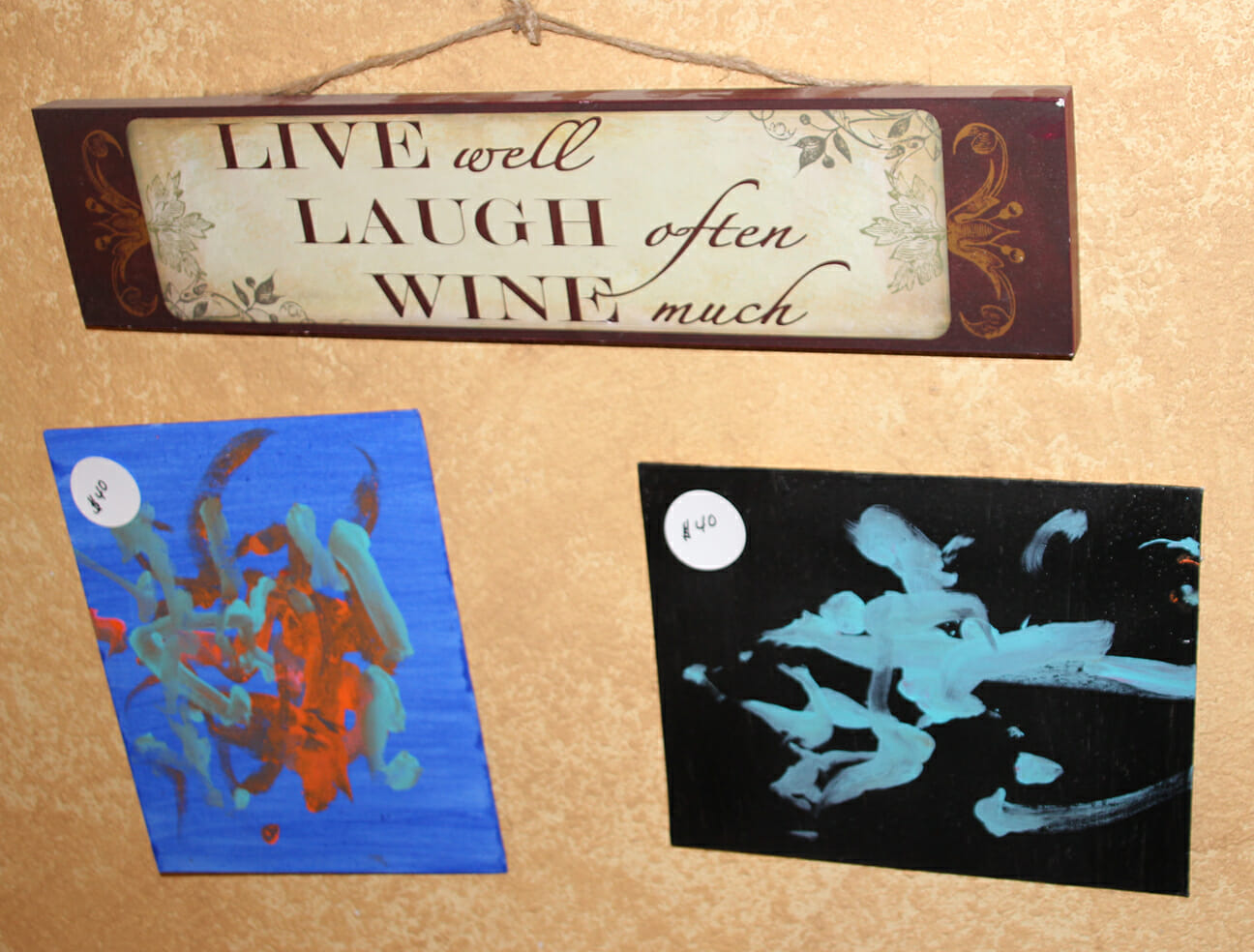 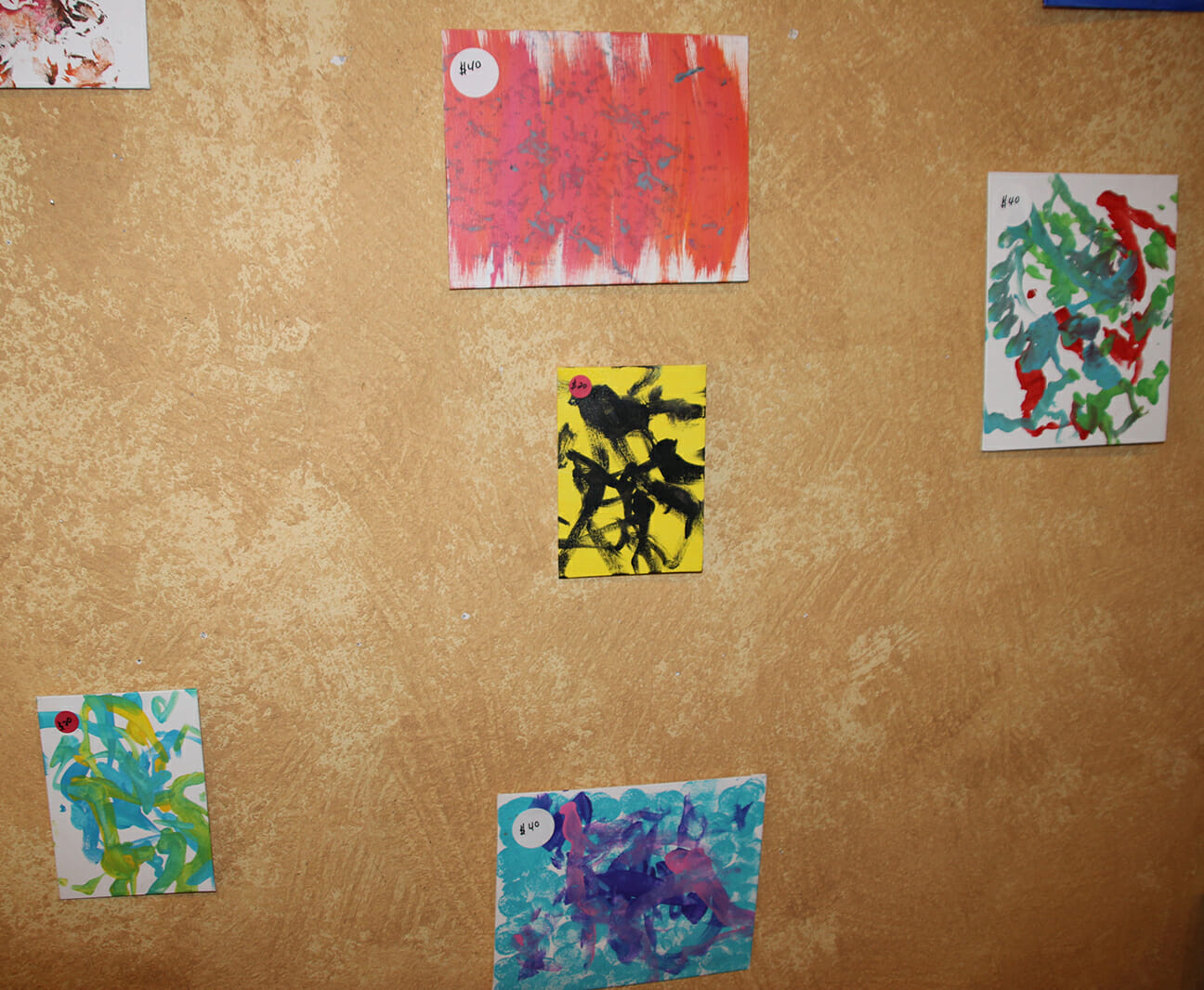 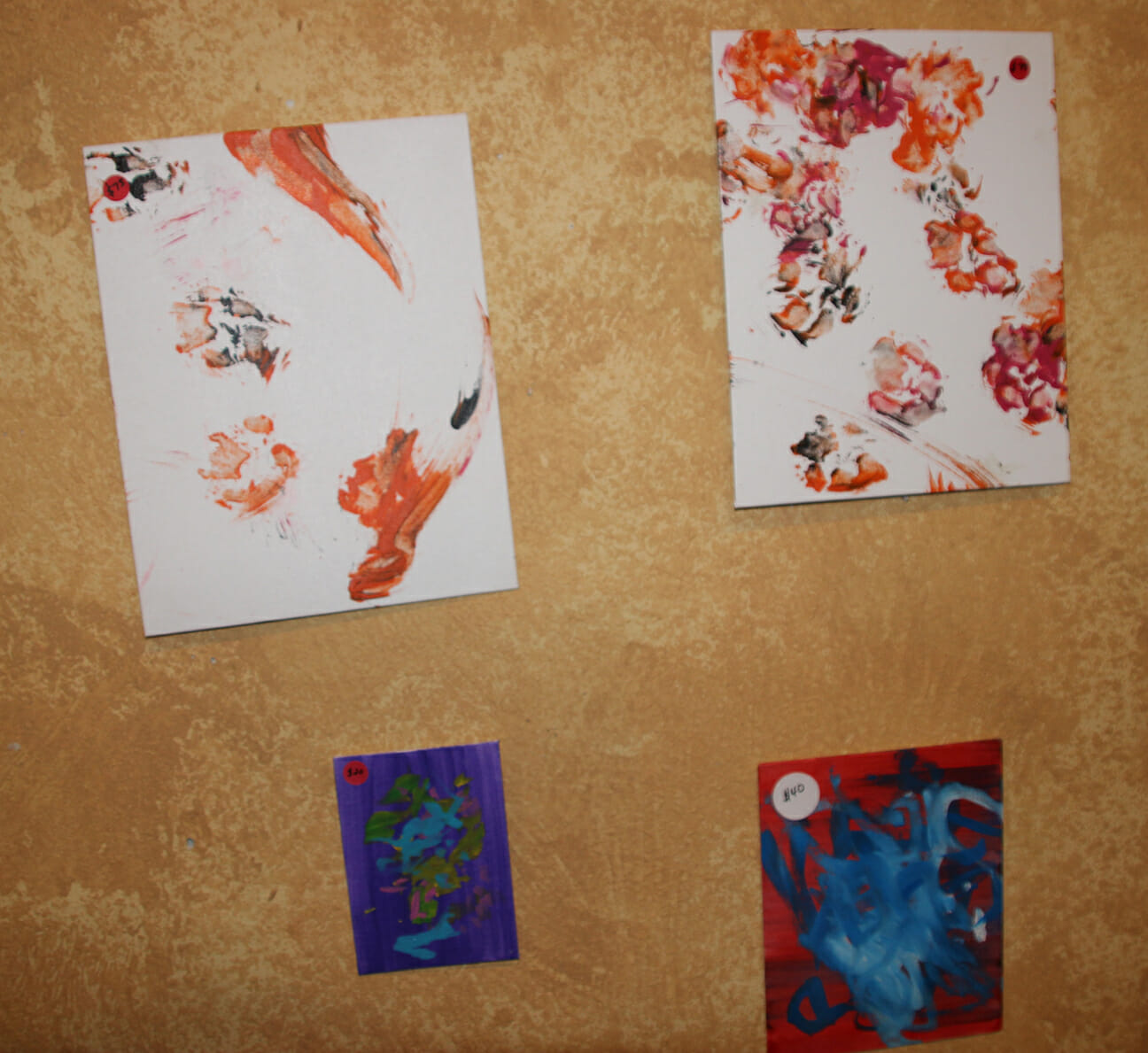 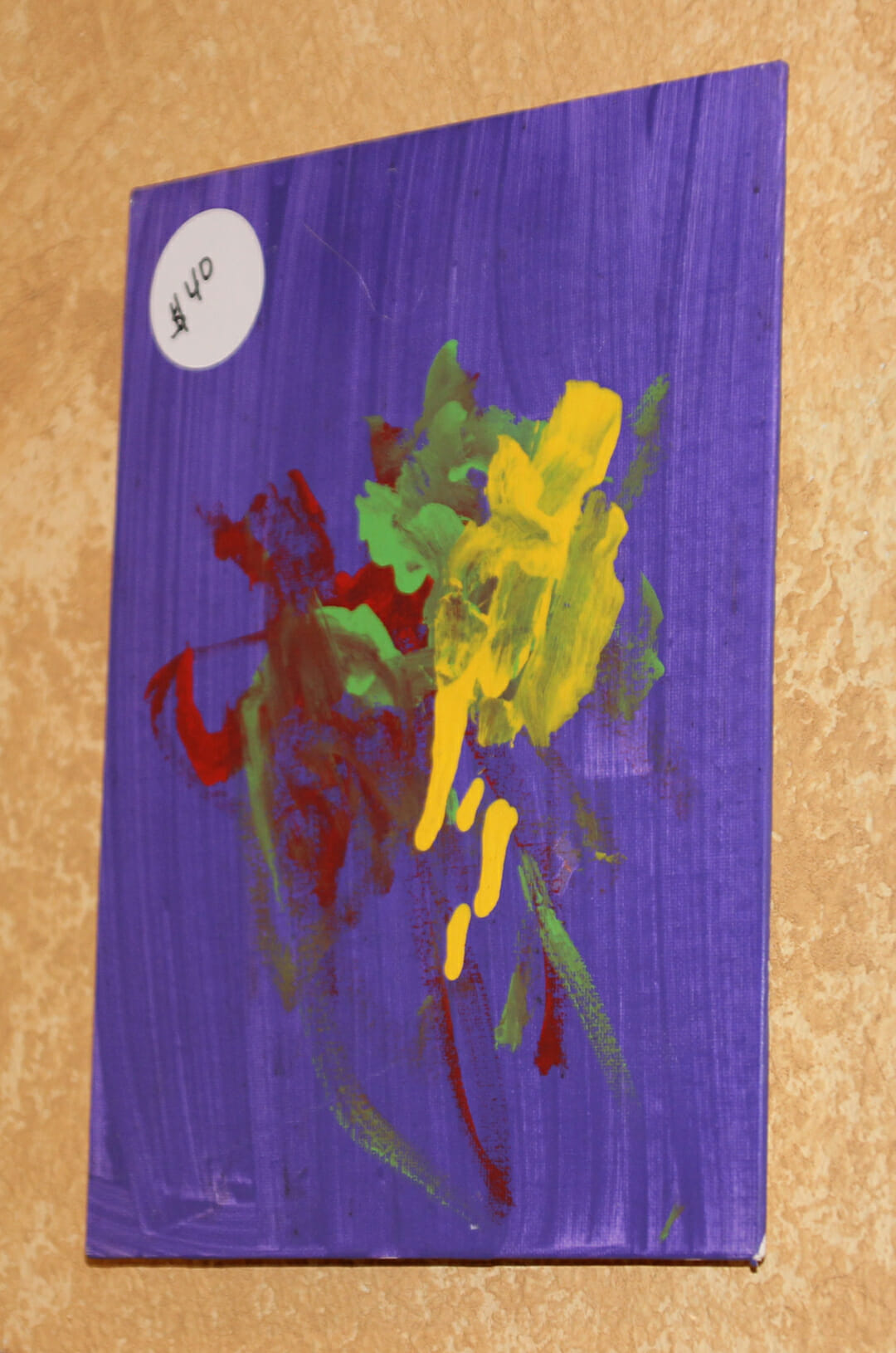 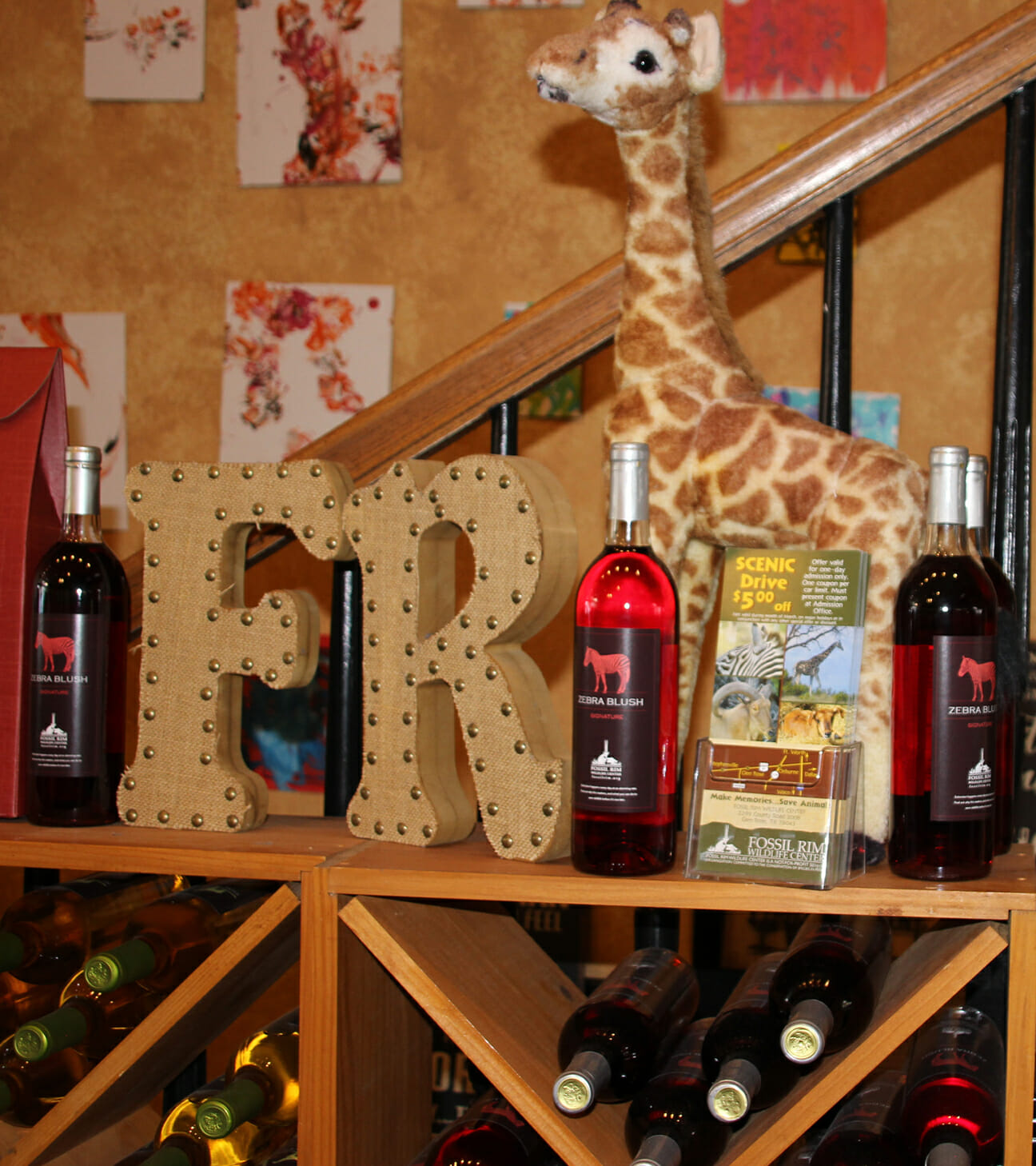 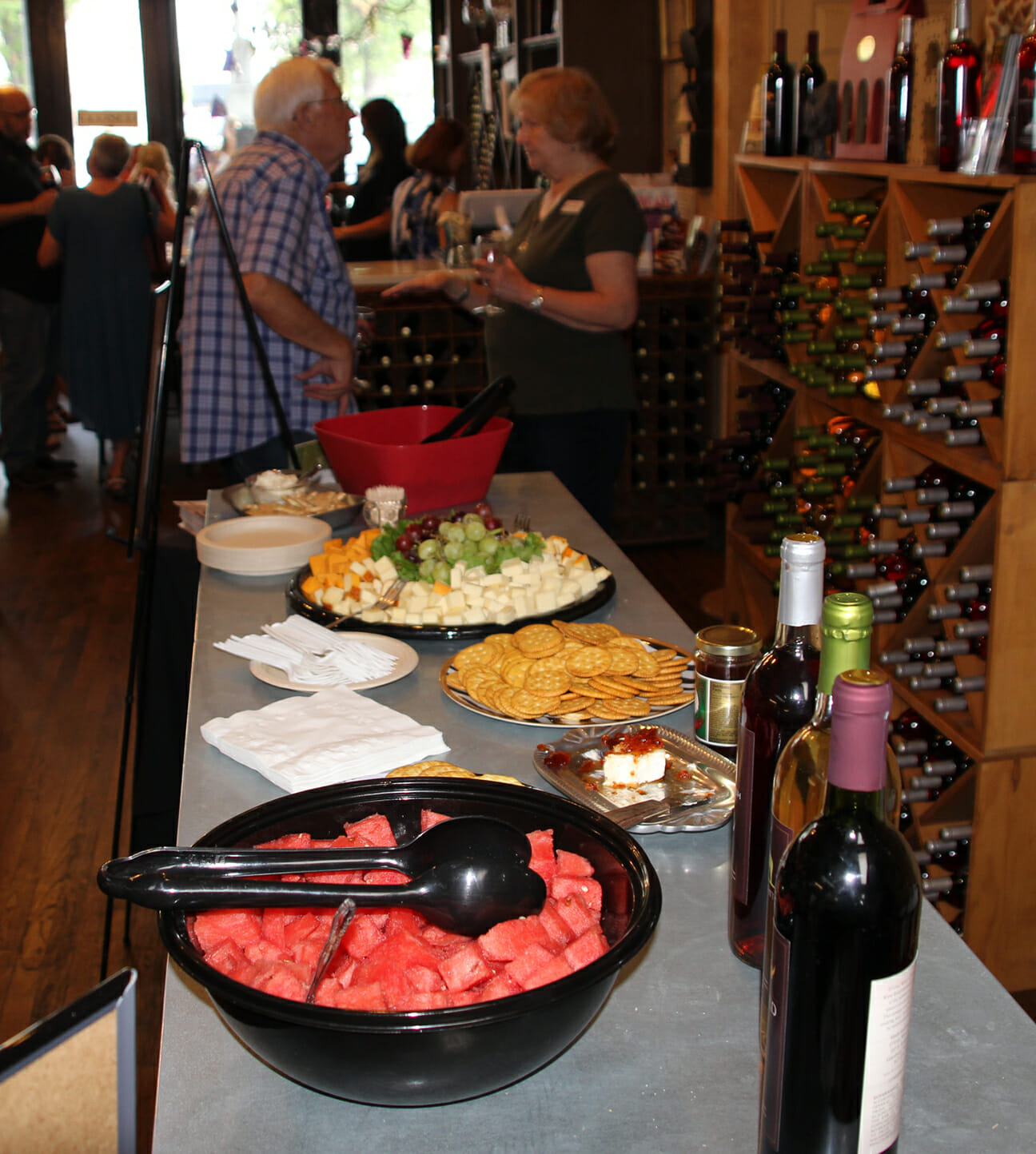 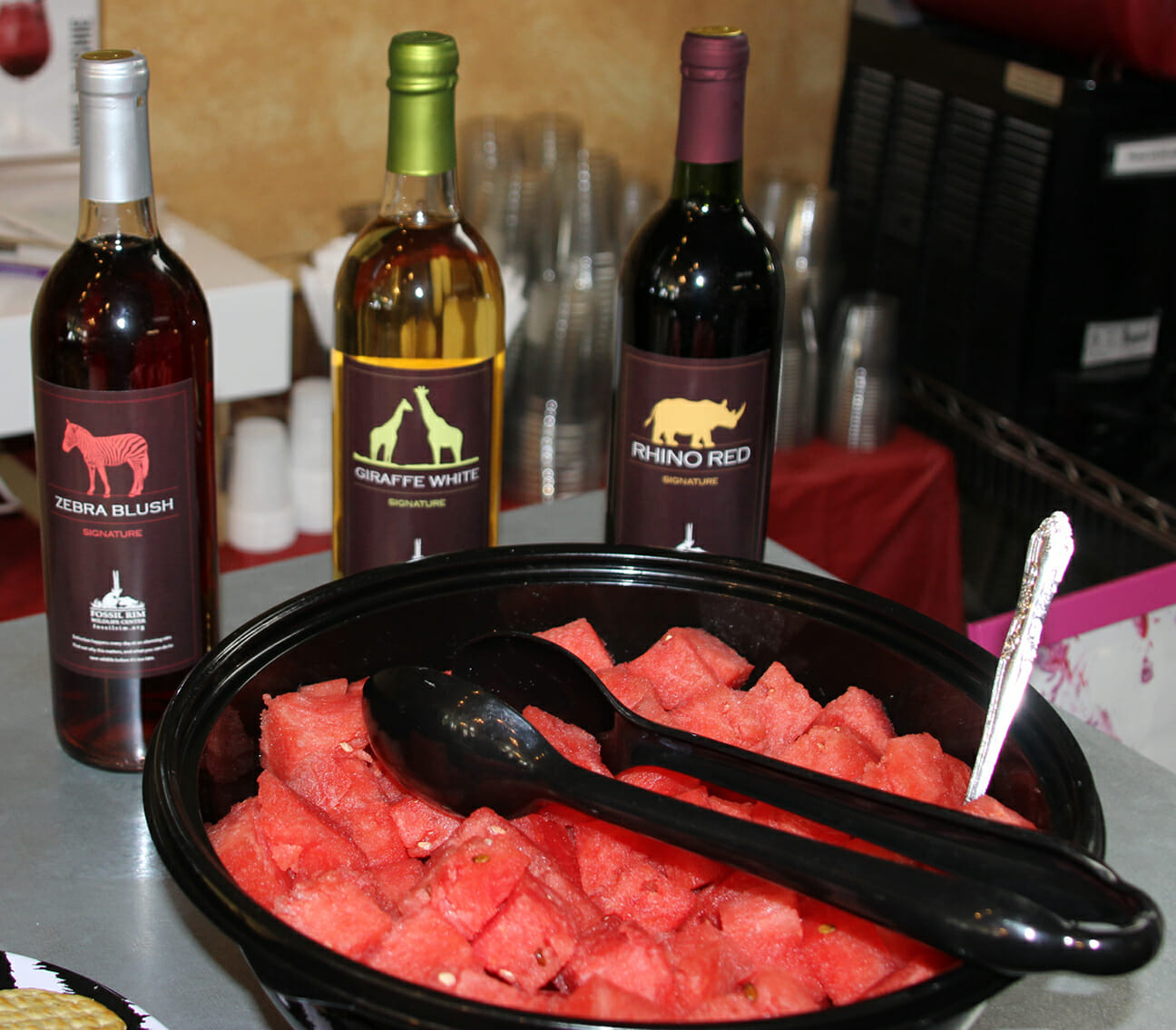 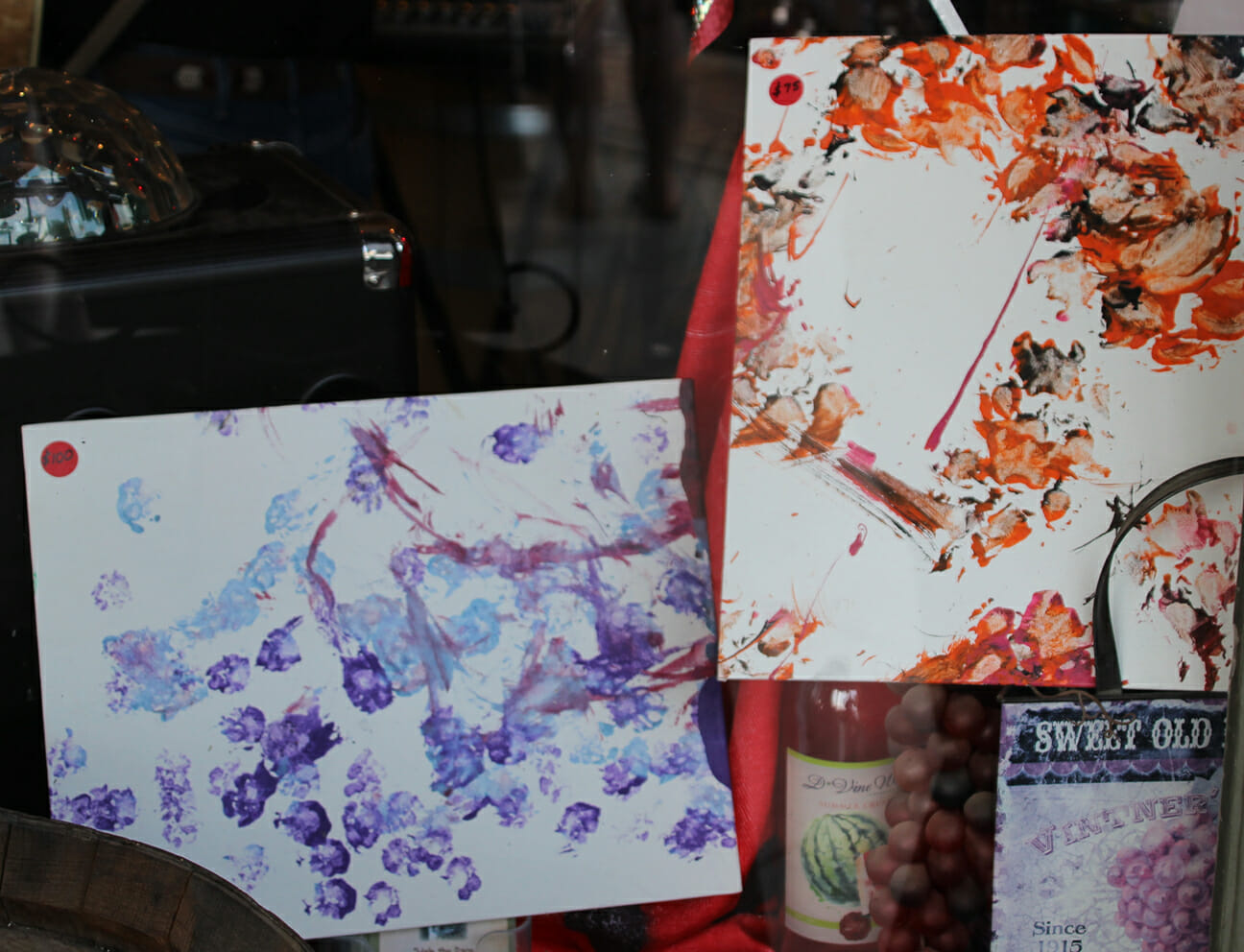 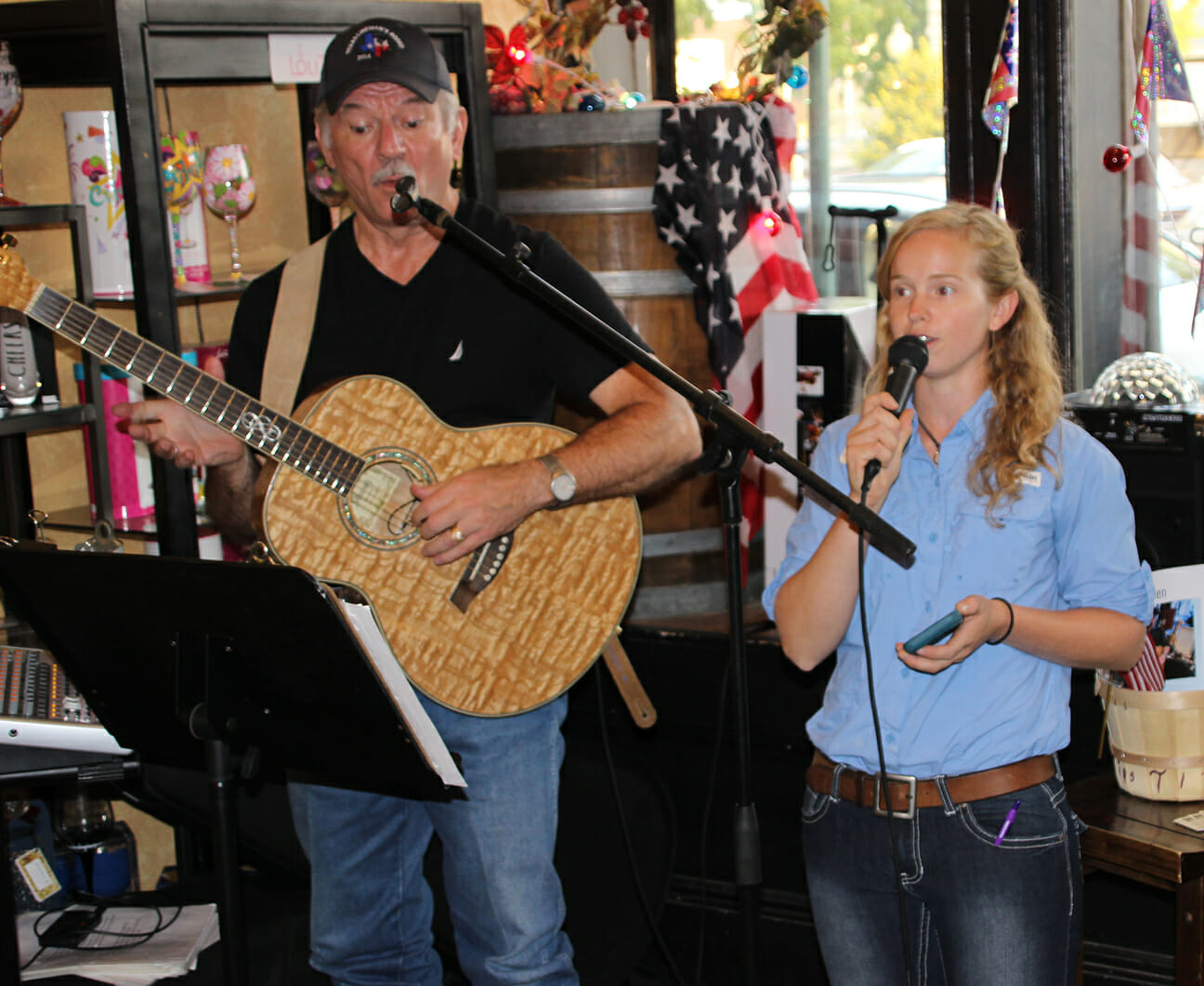