“On April 1, our black-footed cat ‘Afryea’ gave birth to a female named ‘Tad’ and a male named ‘Smidgen,’” said Carnivore Specialist Tessa Townsend. “A tad is 1/4 of a teaspoon, while a smidgen is 1/32 of a teaspoon, so we thought these two small units of measure were very fitting for the two small kittens. Afryea has been taking great care of them and they are growing bigger and bigger by the day; well, as big as a BFC kitten can get.

“Afryea is three-and-a-half years old and has lived at Fossil Rim since April 2018, when she was transferred here from Hogle Zoo (Utah). Her breeding partner ‘Morgan’ came to Fossil Rim from Oklahoma City Zoo in November 2014 and was one of the first black-footed cats to live at Fossil Rim. The two were introduced in February 2021 and got along well from the start.

“Afryea is proving to be an excellent mother once again and this was Morgan’s first successful breeding. He is a very genetically valuable male, so we were very excited that he was finally able to sire a litter!

“In the past, our black-footed cat kittens have been pretty indistinguishable, but that hasn’t been the case with this litter. Tad has a very dark head and is a bit smaller than her brother Smidgen. 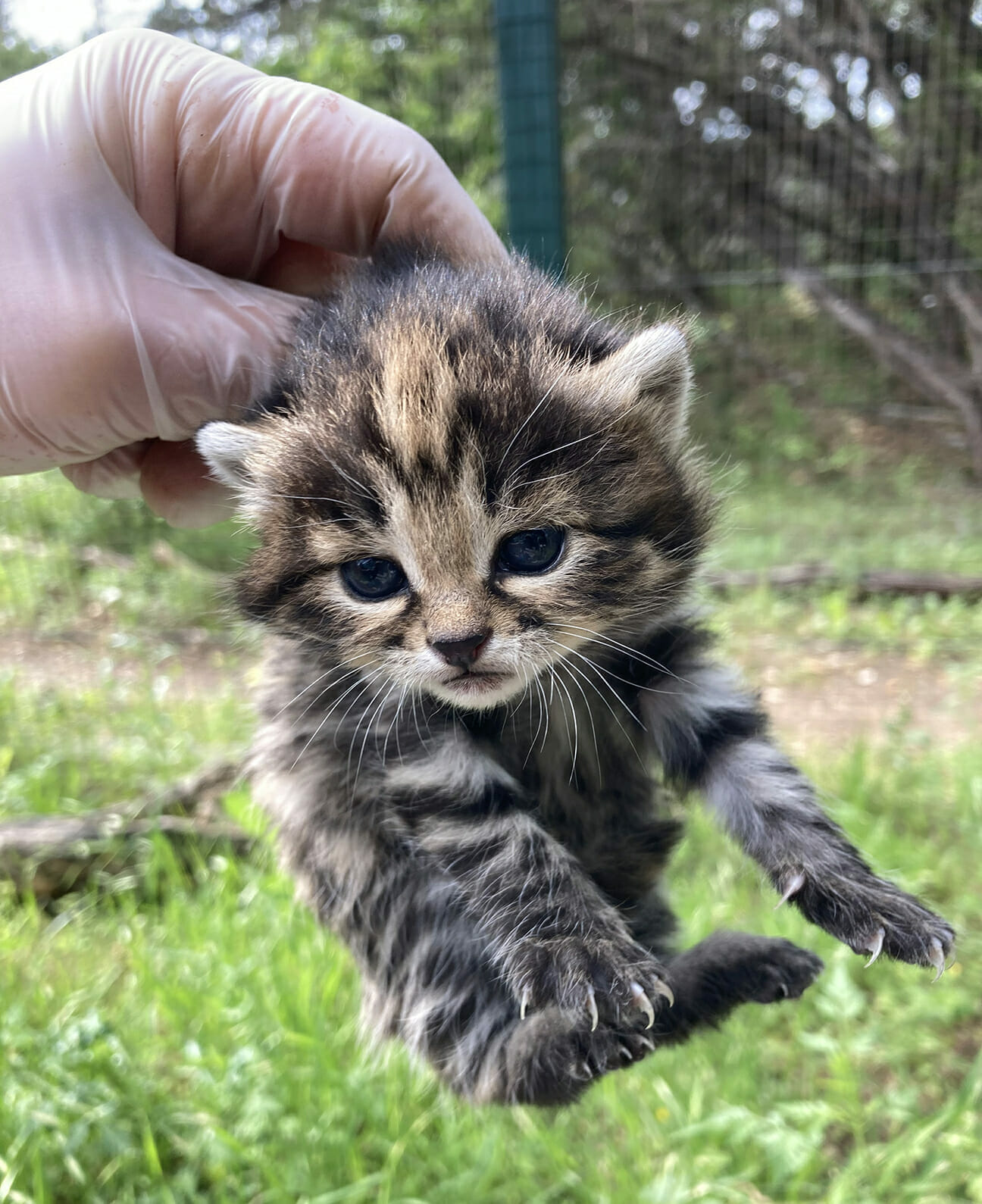 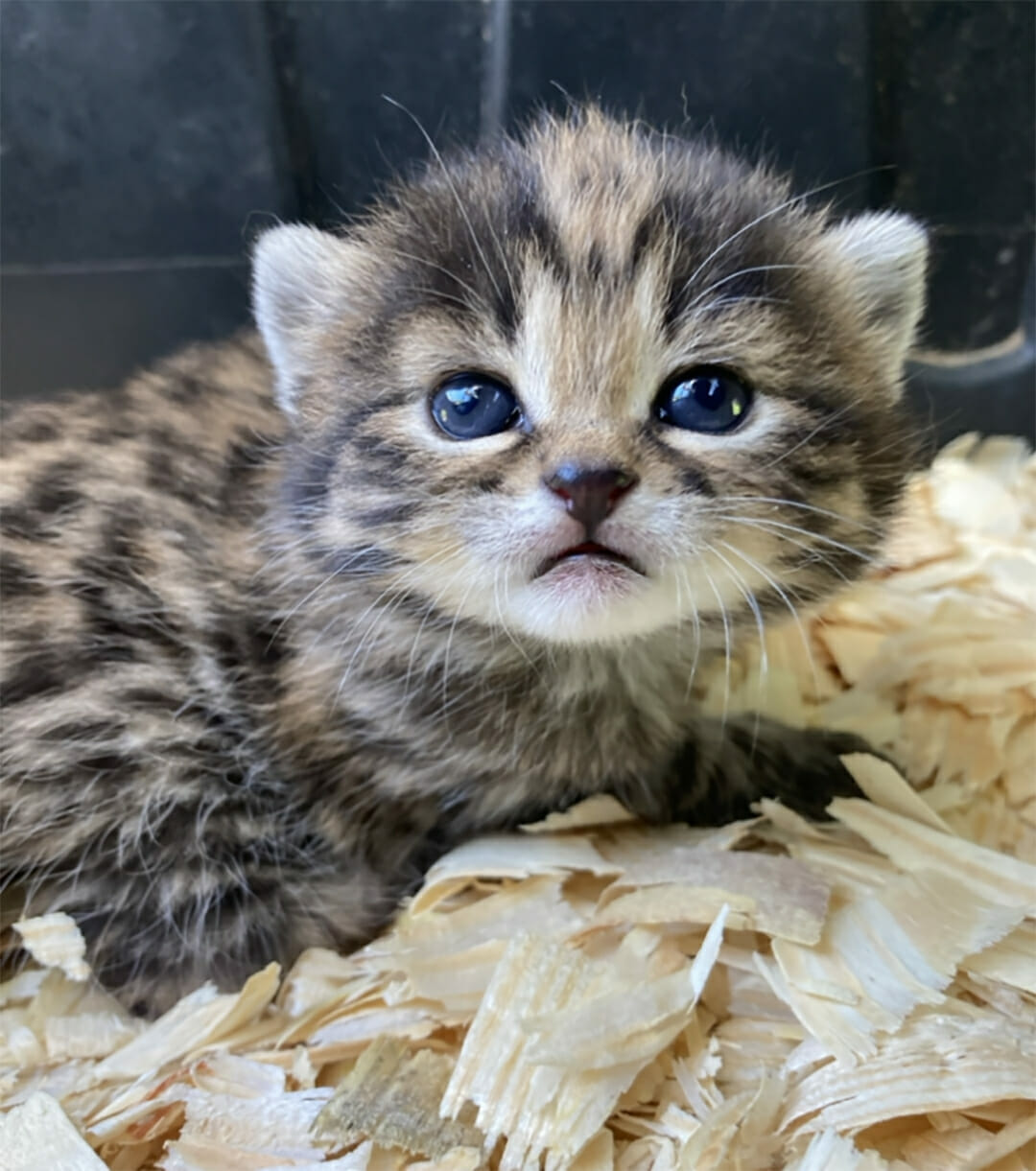 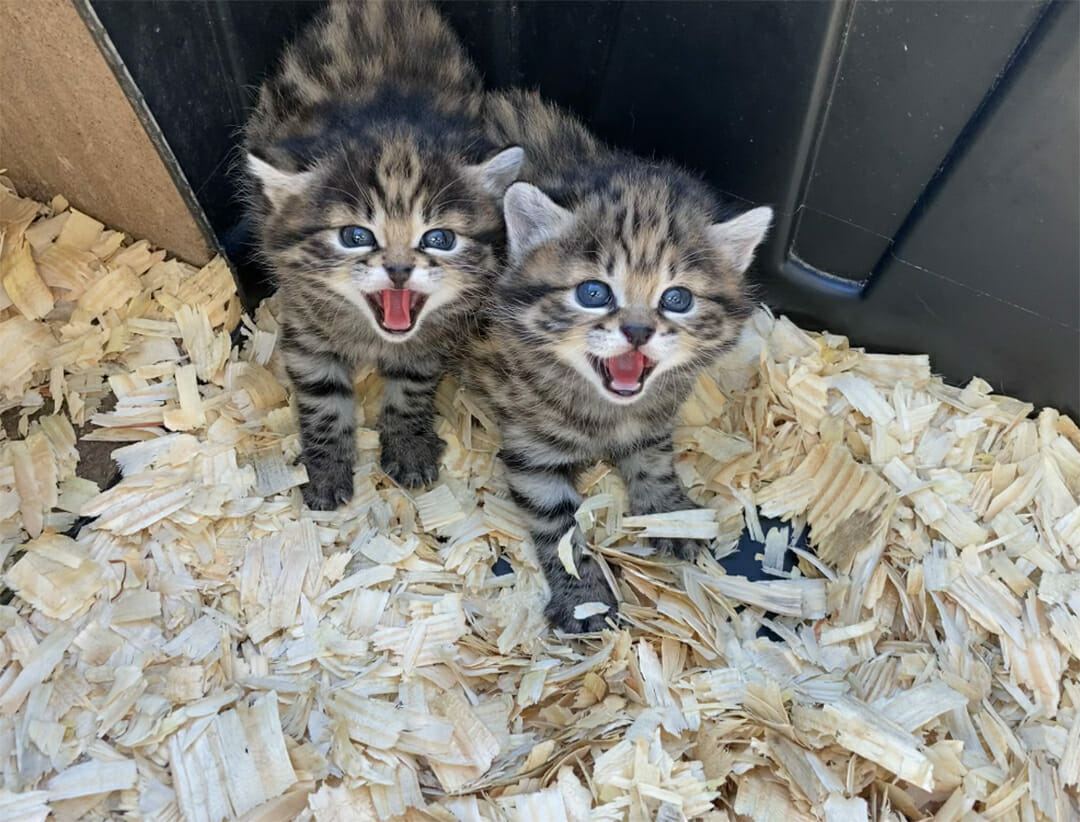 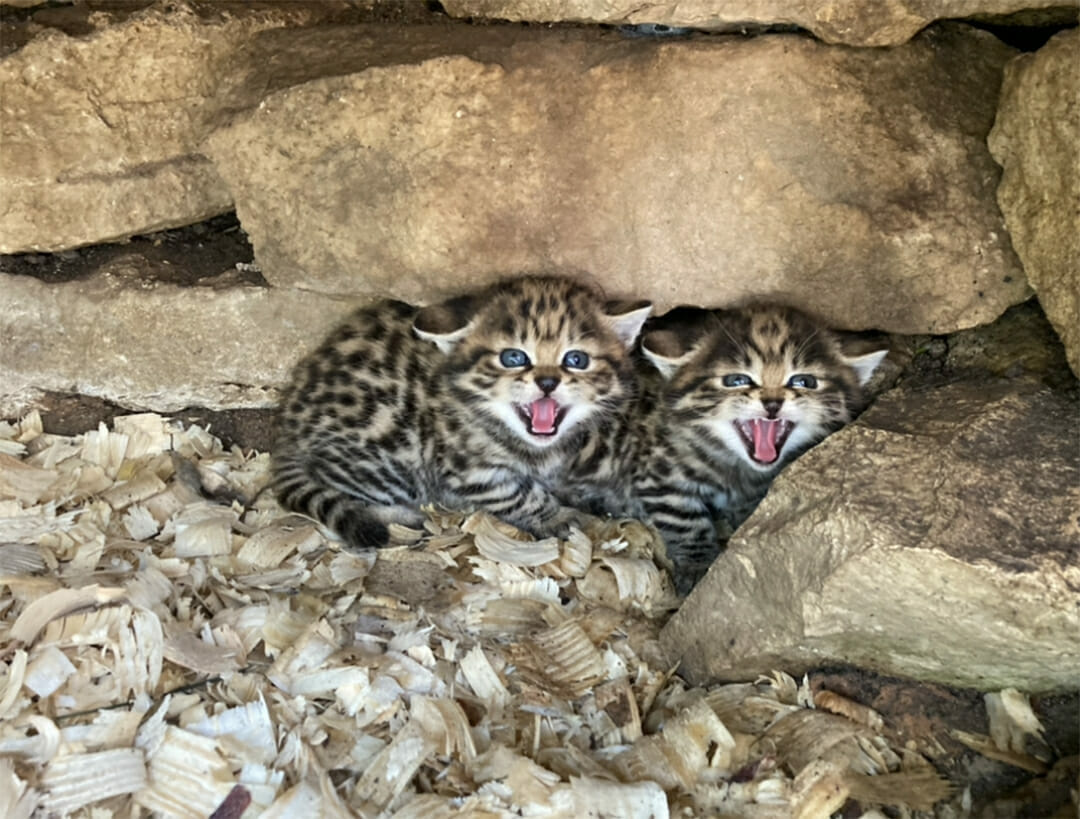 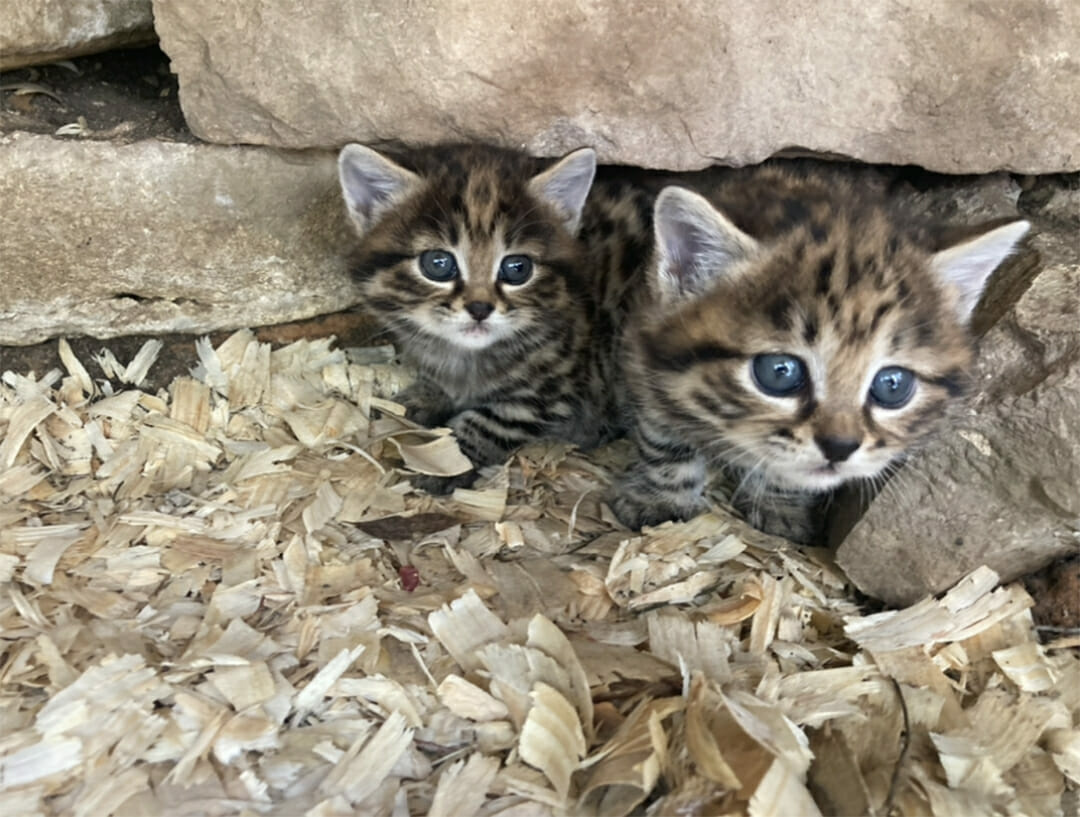 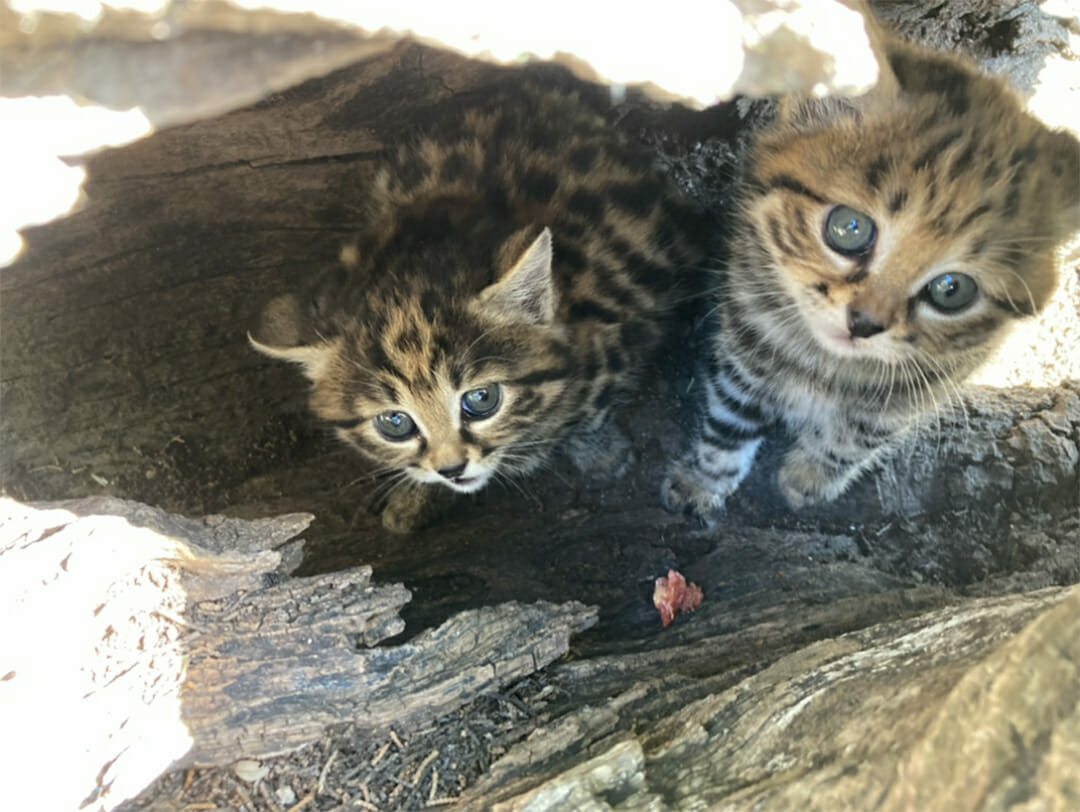 “At six weeks old, they weigh between 450 to 550 grams, which is just over one pound. Their eyes have been fully open since they turned one week old, and they are just starting to venture out and explore their yard.”

The black-footed cat has a population classification of “Vulnerable” with a decreasing trend.