Adversity around every corner for wild APCs

When an Attwater’s prairie chicken that was born at a breeding center like Fossil Rim is released from an acclimation pen at the Attwater Prairie Chicken National Wildlife Refuge, there are no shortage of threats to the young endangered bird.

According to Acting Refuge Manager John Magera, the annual survival rate for APCs at the refuge is about 25 percent.

“When you are working with a prey species like this, you feel like everything is out to get it,” Magera said. “In a natural setting, that’s almost true, because you have avian, mammalian and reptilian predators, so this bird spends its life trying to stay alive.”

Magera said that hawks and owls take the biggest toll on the APC population.

“We try to keep the perches on the prairie as low in number as possible,” he said. “Perches can come in the form of trees and shrubs that we can control with fire or herbicides. Perches can also be manmade, such as oil and gas facilities, fence posts and sign posts.

“We try to put perch-deterrent spikes on those posts – minimize the perch opportunities for those predators. All we’re doing is trying to simulate the historic conditions of the wide-open prairie of times past, when it was much more difficult for these avian predators to hunt.”

Meanwhile, some other animals that profile as APC predators are not generally a big problem for the birds.

“Bobcats, coyotes and such are quick to catch blame, but they aren’t as big of a concern for us unless they learn how to hunt around the release pens at certain times of year,” Magera said. “That did happen recently. Beyond that, those predators aren’t as much of a threat because of how well APCs hide and fly.”

Some predators target APCs much earlier in life.

“You also have the nest predators, such as skunks, possums, raccoons and snakes,” he said. “In the springtime, if we know where a nest is, we’ll protect it with a low fence. There are a number of things we can do to keep the predation down, both on the nests and the adults.

“We do all we can, but you are going to lose birds. That’s why they produce so many offspring.”

During the spring, when adult APCs prioritize courtship and mating above all else, they are at their most vulnerable.

“The males especially are really exposed to hawks and owls at that point,” said Magera. “One of the reasons they choose specific areas for booming grounds is because they are out in the open to be easily seen during their grand displays.”

Magera did go out of his way not to paint APCs as helpless victims.

“I’ve seen male prairie chickens defend themselves pretty well from avian predators, so it’s not like they are helpless,” he said. “They can probably fly as fast as the hawks and owls that target them for short distances. I’ve also seen them turn upside down and defend themselves with their feet many times. But if they are engaged in a territorial dispute with another prairie chicken, they may not be paying attention to what’s coming after them from the air.”

Flooding events on the refuge in 2016 and 2017 were both very hard on the refuge APC population, plus there are invasive plants to consider that can create a negative environment for APCs if they are allowed to thrive.

“Macartney rose is a terrible invasive species that is prone to take over large tracts of prairie,” he said. “It’s very hard to control, very stubborn and difficult to kill. We have to rely on herbicides to control it. Macartney rose spreads very quickly and shows up in places where it’s hard to understand how it even got there.

“Trying to control invasive plants is like painting the Golden Gate Bridge. When you get to one end of the refuge, you turn around and start over again.” 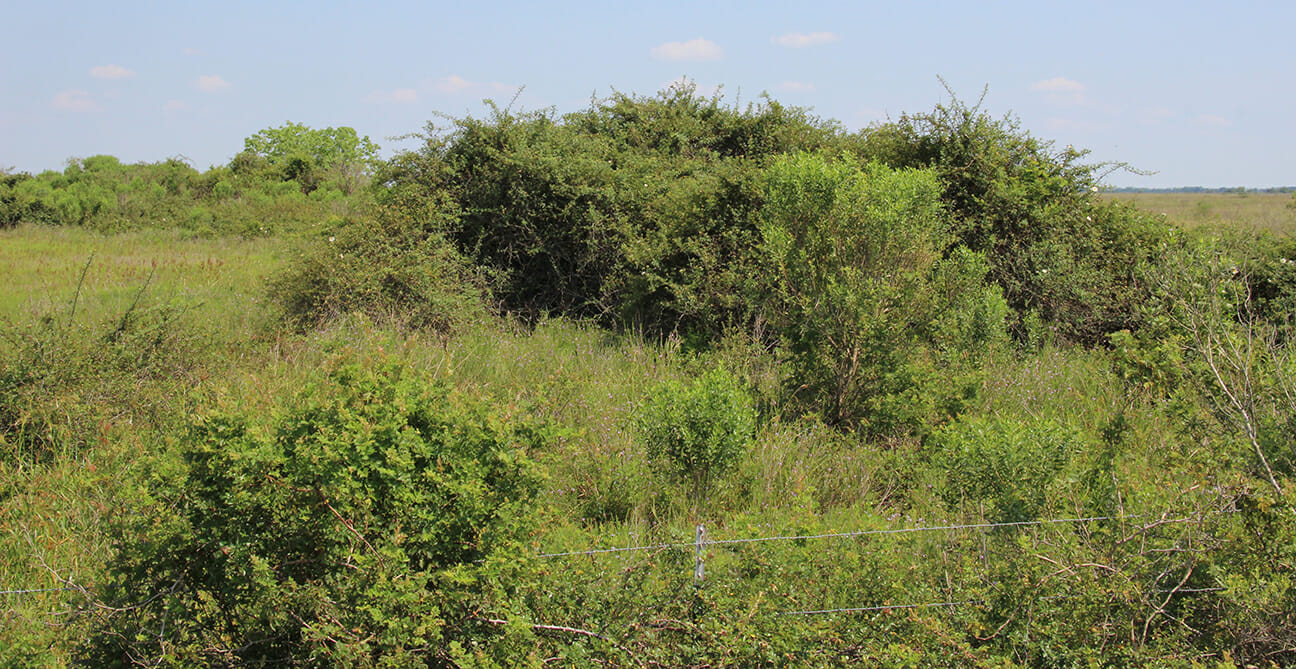 Another plant of concern at the refuge is deep-rooted sedge.

“It’s a problem in areas where we have drainage issues, specifically the places that have been converted from rice agriculture at some point,” Magera said. “When it rains, those areas hold water and then deep-rooted sedge has an advantage over prairie grasses – it replaces them. We’re still working on restoring the natural drainage in a lot of places.”

On the other hand, there have been positive developments in the lives of refuge APCs. For example, fire ants used to devastate the native insect population that APC chicks count on for food, but Magera and his team have done a good job of combating the fire ants and thus the insect food source for the chicks has rebounded. It is a constant effort to help facilitate success for these APCs in the wild, but there is a plan in place that is always in action.