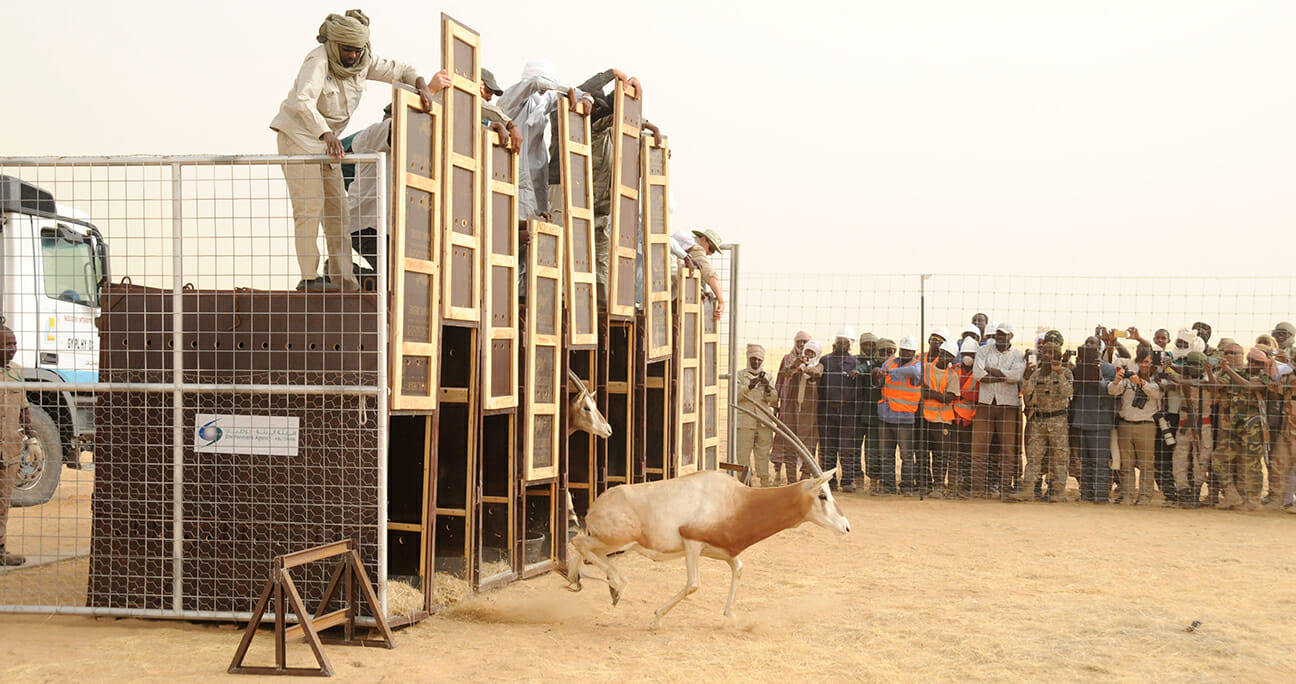 Driving through Fossil Rim brings to life the taxonomic tree displayed in the veterinary office. As a veterinary preceptor at the wildlife center, riding with staff was a great opportunity for me to discuss the different branches of the Ungulata (the taxonomic clade of which hoofstock such as waterbuck and bongo belong) we were seeing.

Some joked that an easy out to the quizzing on different species’ phylogenetic relationships is to say that we are all in the “same kingdom.” While that wasn’t specific enough to fully appreciate different species’ phylogenetic relationships, thinking about how everything is ultimately related did make me consider how One Health is an important undercurrent at Fossil Rim.

One Health is a collaborative approach to promoting human, animal, and environmental health by recognizing that we are all interconnected. Beyond taxonomy, this concept is critical to zoological medicine because of its importance for projects ranging from local to global. The span of Fossil Rim’s conservation work exemplifies this broad scope.

For example, I had the opportunity to work with Attwater’s prairie chickens and, after becoming more familiar with the species, I was enchanted by their unique characteristics. Even though learning the males’ courtship dance was enough for me to appreciate the conservation efforts to save them, I was also inspired by the measures taken on public and private lands to conserve the chicken’s habitat and its impact on restoring the Texas coastal prairie ecosystem.

This exemplifies one of the exciting implications for conserving endangered species – when the efforts to protect the animal also defend the environment it inhabits. This is true even for species at Fossil Rim that aren’t native to Texas, such as the scimitar-horned oryx. I was particularly excited to see this endangered ungulate at Fossil Rim because I was already familiar with the work being done to protect them.

Although the species is considered “extinct in the wild,” thanks to the reintroduction program – which includes Fossil Rim staff and animals – into one of the largest terrestrial protected areas in the world in Chad, there is still hope for the species. Not only does the program protect the animals and their native land, but it has also integrally involved the local community for its success.

Learning about these stories and seeing the animals at Fossil Rim speaks to another way conserving species impacts human health: reinstilling a sense of wonder in the world. One of my most memorable animal encounters was with none other than a wild nine-banded armadillo that we found wandering outside the front office door at the end of the day.

Zoo veterinarians are considered “specialists at being generalists” and I learned an incredible amount about medicine from the team at Fossil Rim. But equally valuable was the appreciation their knowledge instilled in me for every species we saw.

Although that armadillo was comparatively dwarfed by the rhinos we had visited earlier in the week, it still gave me that same feeling of seeing something out of Jurassic Park. There is also a lot to be excited about for armadillos in the One Health world! Not only are they famous for being models to study leprosy, they also are important for human medical research because they reproduce identical quadruplets.

So, while we might be very distantly related taxonomically, we are still in the same kingdom and connected by One Health.