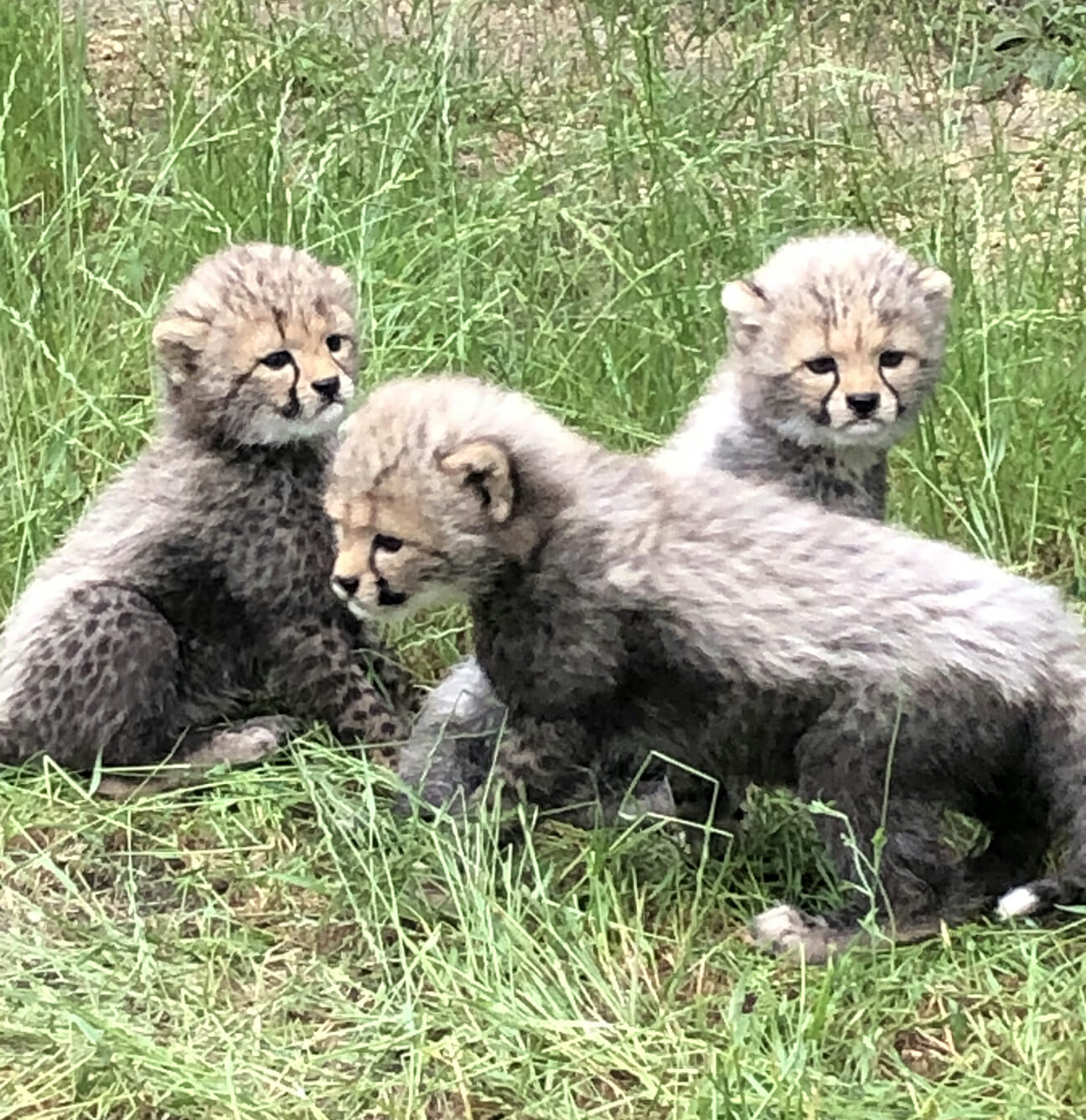 Fossil Rim is excited to announce the birth of another litter of 2021 cheetah cubs!

On April 18, “Oshana” gave birth to three cubs. The cubs are now six weeks old and spend most of the day playing and exploring their yard with their mom. Oshana, an excellent mother in the past, is once again showing her strong maternal skills in raising her cubs.

Despite Oshana being a great mother, our carnivore staff pays close attention to the cubs’ development, behavior, and Oshana’s maternal care to make sure everyone is doing well. The cubs don’t leave the den until around three weeks of age, so during the first few weeks of life, our staff monitors mother and cubs via den cameras. At roughly three weeks of age, the cubs’ mobility increases and they begin to venture out of the den with their mom, which makes them more visible and easier to keep tabs on.

The three cubs are all males and are named “Ragnar,” “Rollo,” and “Floki,” after characters from the television show Vikings. Oshana and her Vikings are currently in a secluded birthing yard and are not visible to the public. In the coming months after the cubs grow and mature, they will be moved to a larger yard and will be visible along the Gosdin Scenic Drive. 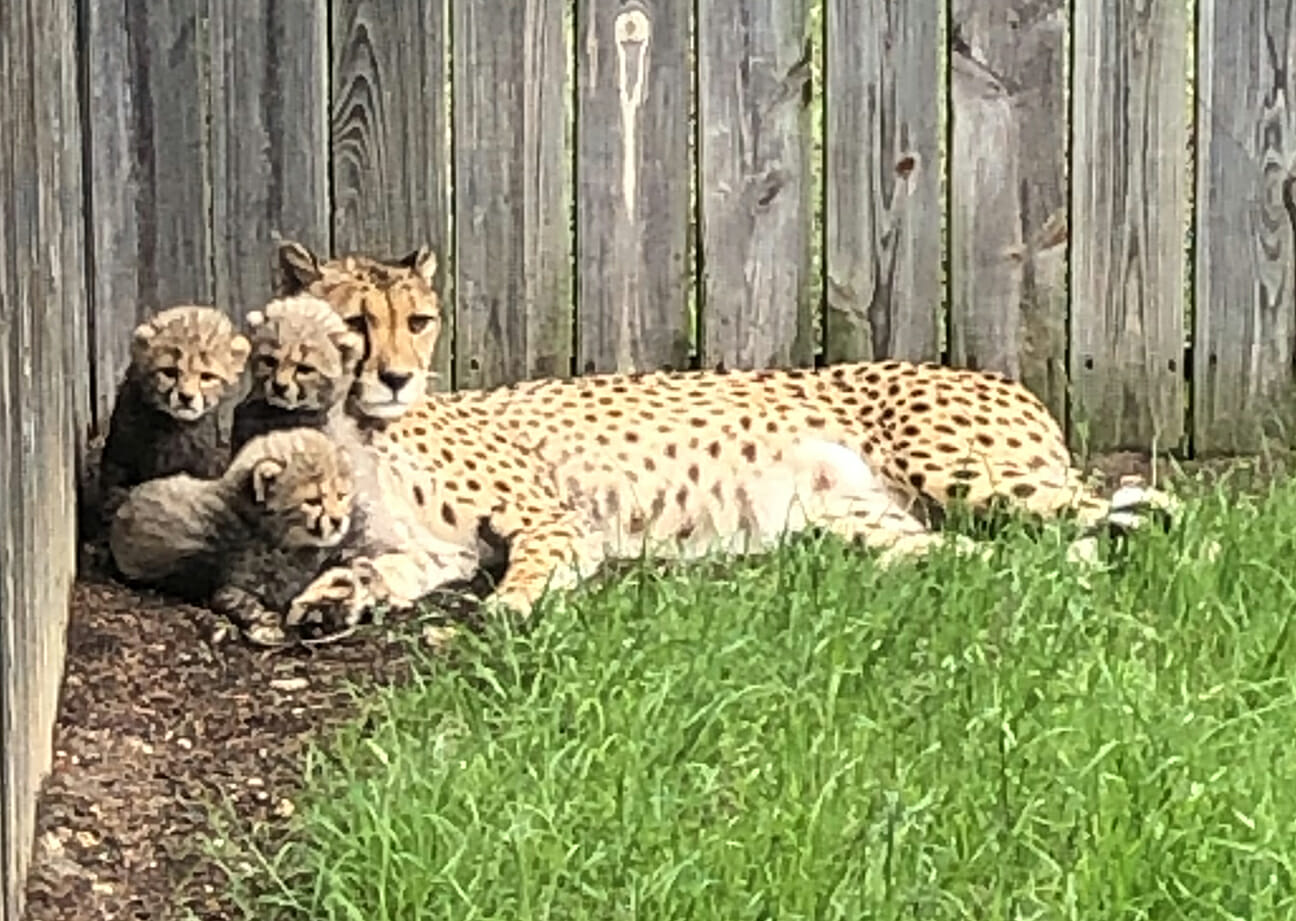