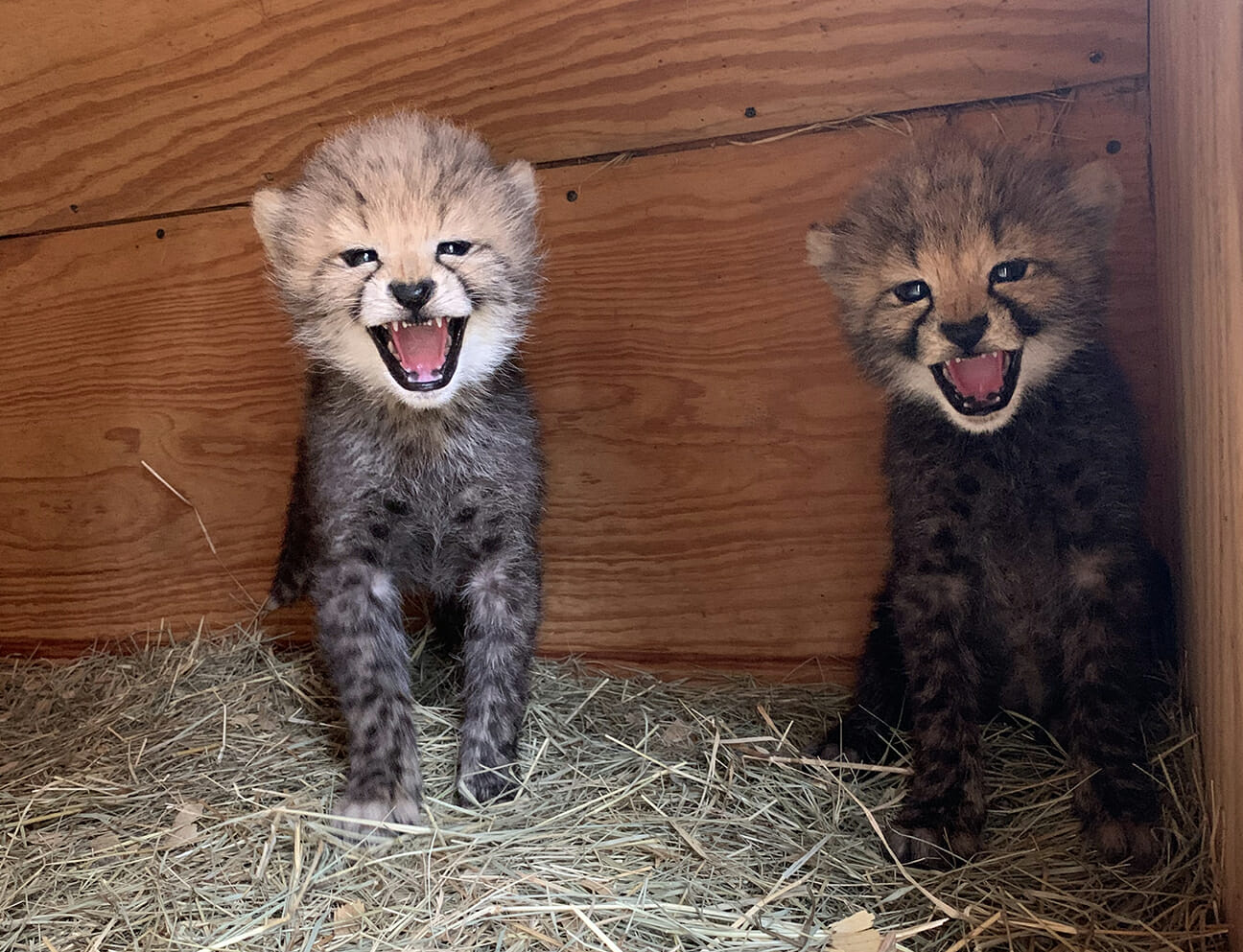 Fossil Rim is proud to announce its first two cheetah cubs of 2021!

“On March 30, ‘Jyn’ gave birth to a litter of four cubs at Fossil Rim,” said Cheetah Specialist Jess Rector. “Unfortunately, two cubs died shortly after birth, but Jyn and the two surviving cubs are doing great. This was the first time both Jyn and the sire, ‘Kapenda,’ have been in a breeding situation, so it is very exciting that they were able to produce a successful litter.

“Even though this was all new to her, Jyn quickly proved how great of a mom she could be. Immediately after birth, Jyn was attentive and nurturing, showing perfect maternal instincts. Both cubs are female and are named ‘Rory’ and ‘Lane’ after two main characters in the TV series Gilmore Girls.

“When they were six days old, staff was able to handle the cubs and perform a quick physical exam to make sure they were healthy. The cubs looked great and weighed between 800 to 900 grams, which is above average for their age. As they get stronger and more adventurous, they are spending much more time outside of the den.

“They follow their mom around very closely and bounce through the tall grass as they try to keep up with her. We are approaching their six-week vaccinations where our vet staff will quickly perform a more thorough health exam on them.

“They are currently in a secluded maternity yard that is not visible to the public. This privacy allows the cubs to grow and learn from mom in a low-stress environment. Later this year, Jyn and cubs will be moved to a larger yard where they will be visible to guests on the Gosdin Scenic Drive.”

The cheetah has a population classification of “Vulnerable” with a decreasing trend.