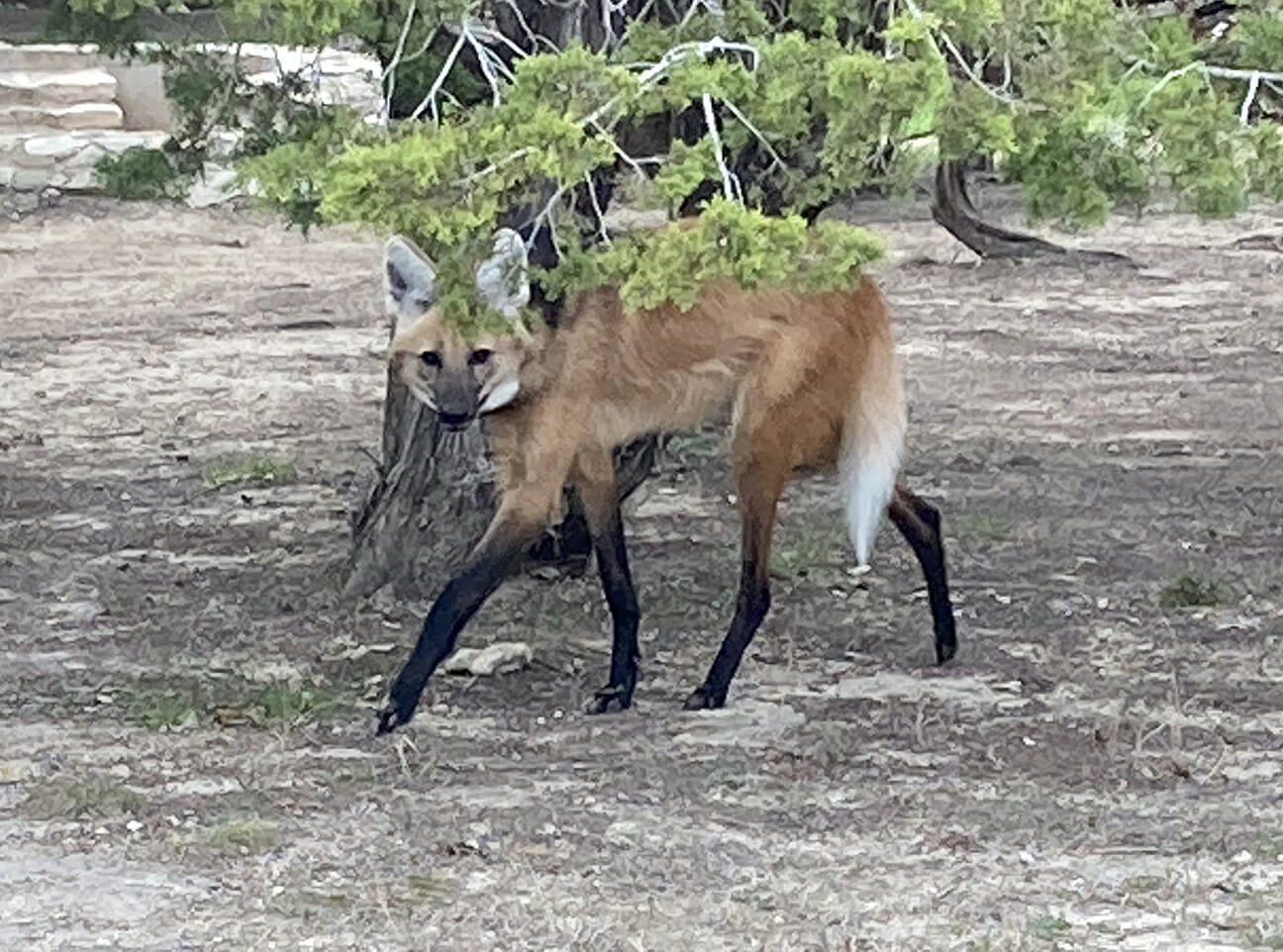 We wanted to update you on our maned wolf, “Jordan,” who turns 40 months old on May 17.

“(On May 11), the veterinary team sedated Jordan the maned wolf to implant birth control drugs under her skin,” said Director of Animal Health Dr. Holly Haefele. “Contraception for a maned wolf? Why would a breeding center do this? Well, it’s complicated.

“And it has to do with managing small populations in limited space. Many of the animals at Fossil Rim contribute their genes to a population that is managed by the Association of Zoos and Aquariums (AZA), of which Fossil Rim is a member. The populations are managed to maintain genetic diversity over time, generally 100 years.

“To achieve this, excellent records must be kept of all births and parentage, so that a thorough pedigree is known. A database of this pedigree is maintained that can pair individual animals for breeding based on how unrelated they are, which helps maintain the genetic diversity. Sometimes, due to limitations in holding space or overrepresentation of an individual’s genes, for example, animals are recommended not to breed.

“This is the case with Jordan. But, she also needs to be housed with her brother – hence the contraception. Contraception as a tool in conservation seems counterintuitive, but it is needed occasionally by Fossil Rim to (not) get the job done.”

Jordan, her brother “Francisco,” and her sister “Jessie” were born to parents “Sofia” and “Vinny” at Fossil Rim on January 17, 2018. Maned wolves were first born at Fossil Rim in 1990.