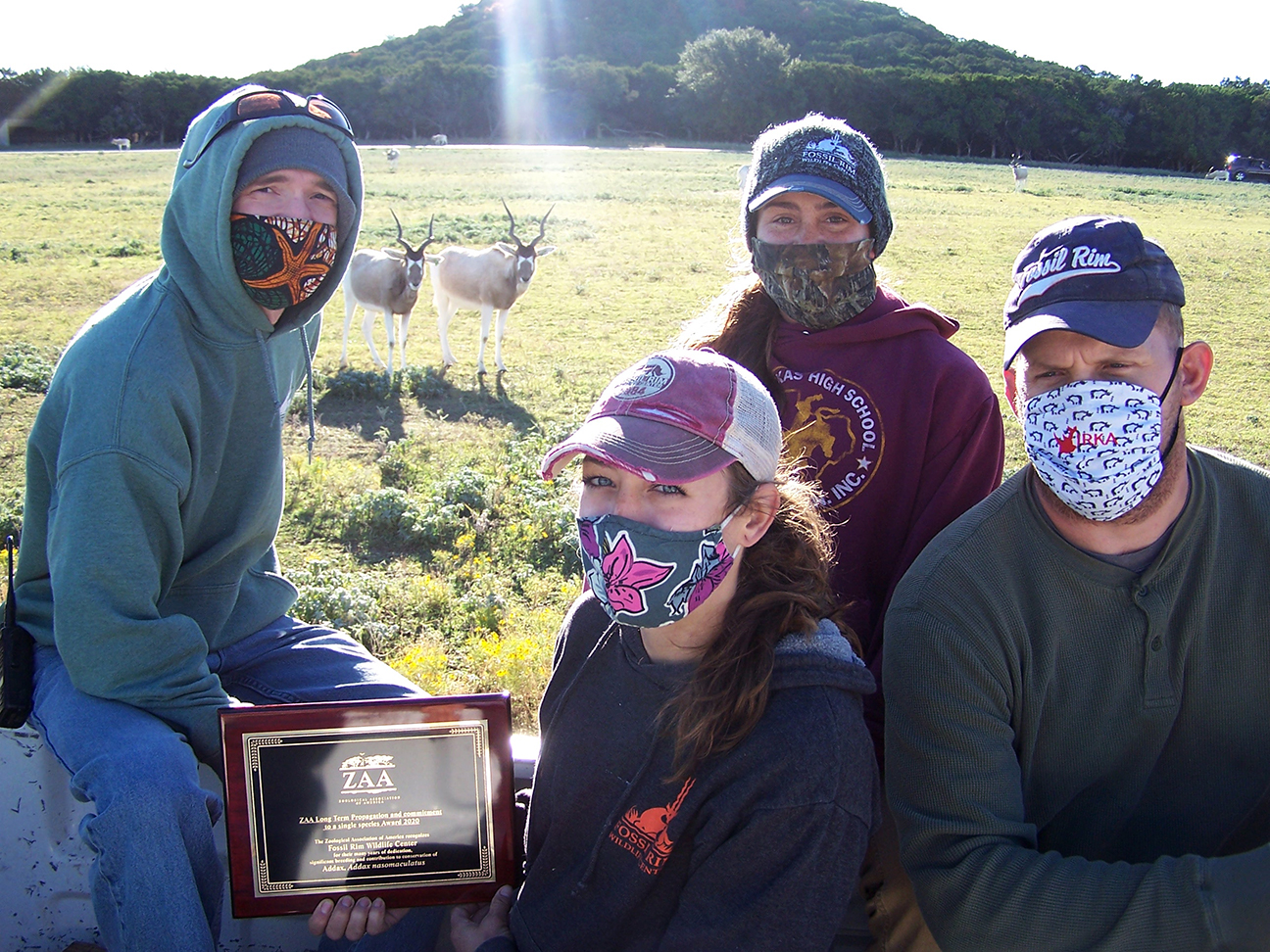 In January 2021, the Zoological Association of America (ZAA) announced that Fossil Rim had received the ZAA Long-Term Commitment and Significant Propagation of a Single Species Award for 2020. Years before Fossil Rim opened its gates to the public or even carried the same name as it does today, what was a weekend hobby ranch in the 1970s began to house addax. The critically endangered antelope species seemed to thrive here from the beginning, to the point that there have been more than 700 addax born at Fossil Rim since 1989.