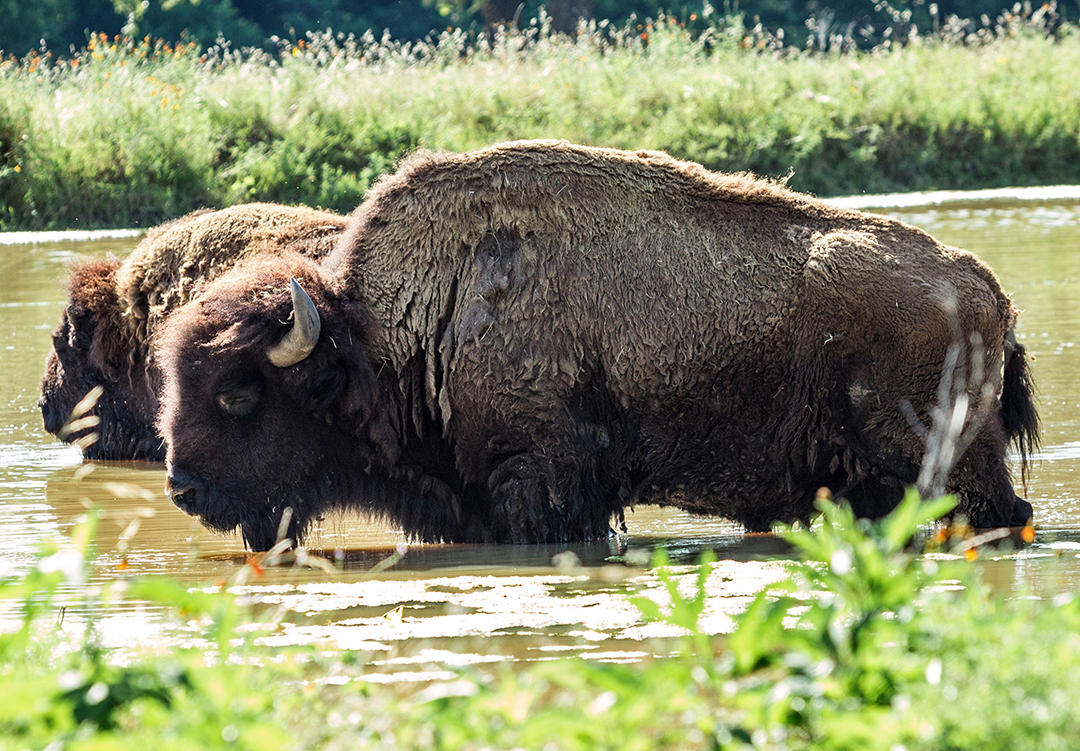 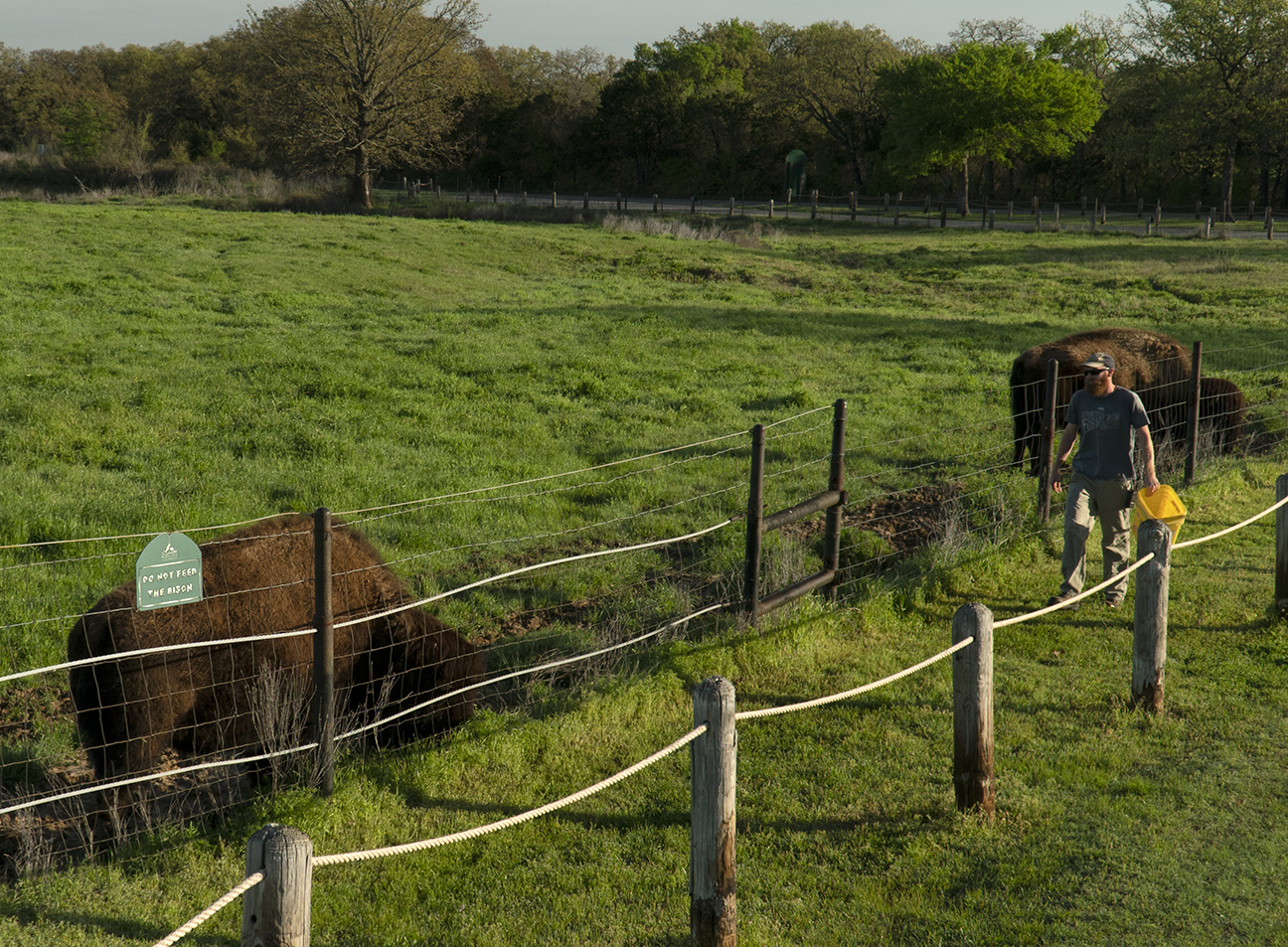 “Fossil Rim definitely had good reason to add bison,” said Executive Director Kelley Snodgrass. “As a conservation organization, we pay attention to what is local, regional, and national, as well as international. Bison certainly represent a national wildlife icon, so being able to show them to our guests is a good thing. That’s why the Bison Pasture is beside our Front Gate area.

“Considering our work with the Attwater’s prairie chicken – a highly endangered Texas native, as well as the Mexican wolf and American red wolf – bison join them as an American species that once thrived and we as a nation almost lost them. If not for the conservation efforts of Charles Goodnight, the Bronx Zoo, and some early adopters of the effort to save them, bison would be extinct. Shame on us if we’d let that happen.” 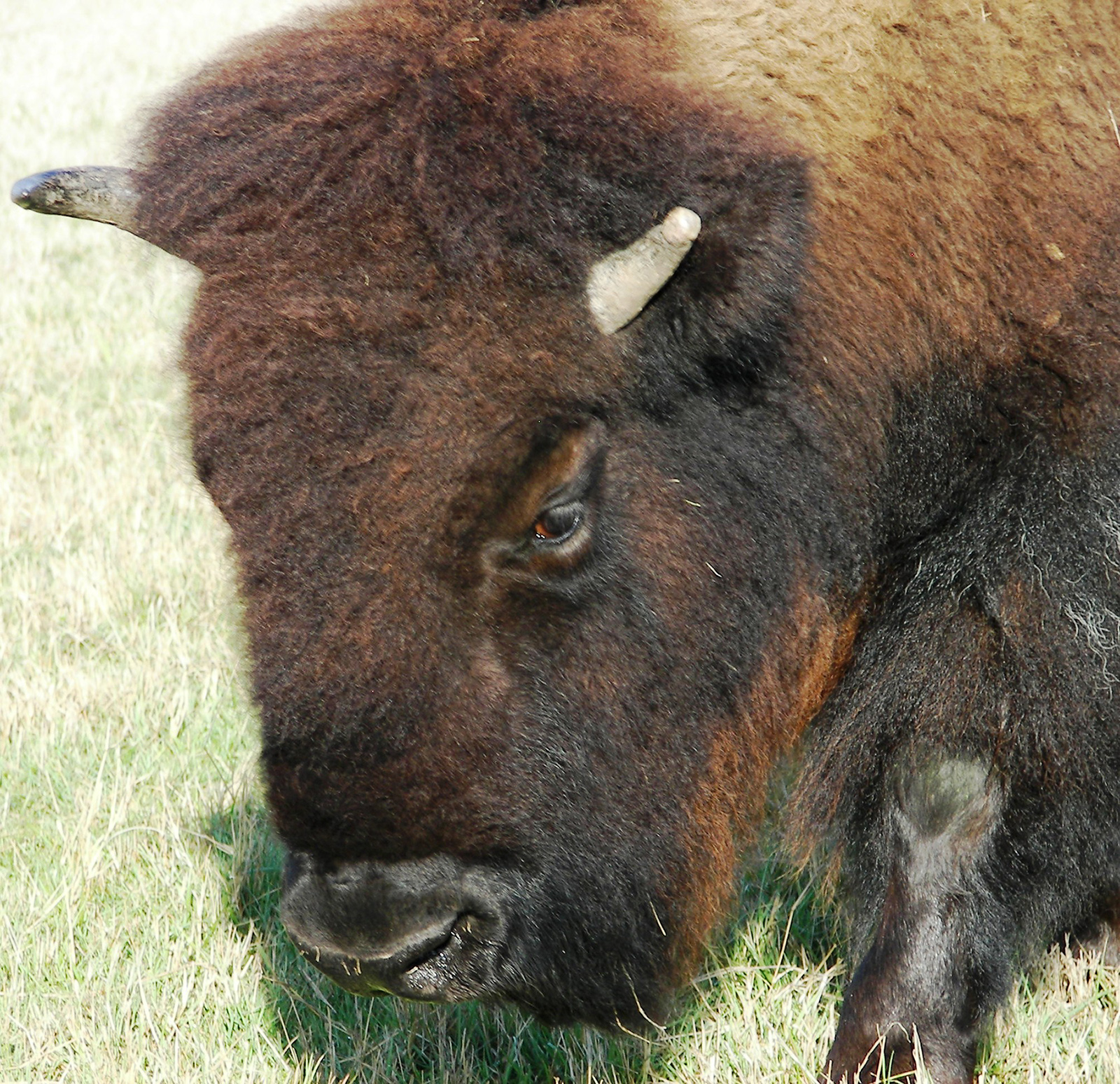 Many guests who are driving up to Fossil Rim may actually see the bison before they even get to the Front Gate.

“That is an excellent grazing pasture, and there are a couple of adjacent pastures we can rotate them into for grazing purposes,” Snodgrass said. “People can stop and stretch their legs when they first arrive to get a sample of Americana.”

Approximately 50 million bison once dominated the North American landscape, but habitat loss and unregulated shooting reduced the population to less than 1,000 by 1889. As of 2021, approximately 500,000 bison are managed as livestock by private commercial ventures.

However, most of these are not pure wild bison, but have been crossbred with cattle in the past and are semi-domesticated after being raised as livestock for many generations on ranches. Around 30,000 wild bison are in conservation herds and fewer than 5,000 are unfenced and disease-free. Yellowstone National Park is the only place in the U.S. where bison have continuously lived since prehistoric times, and those bison are pure with no cattle genes. 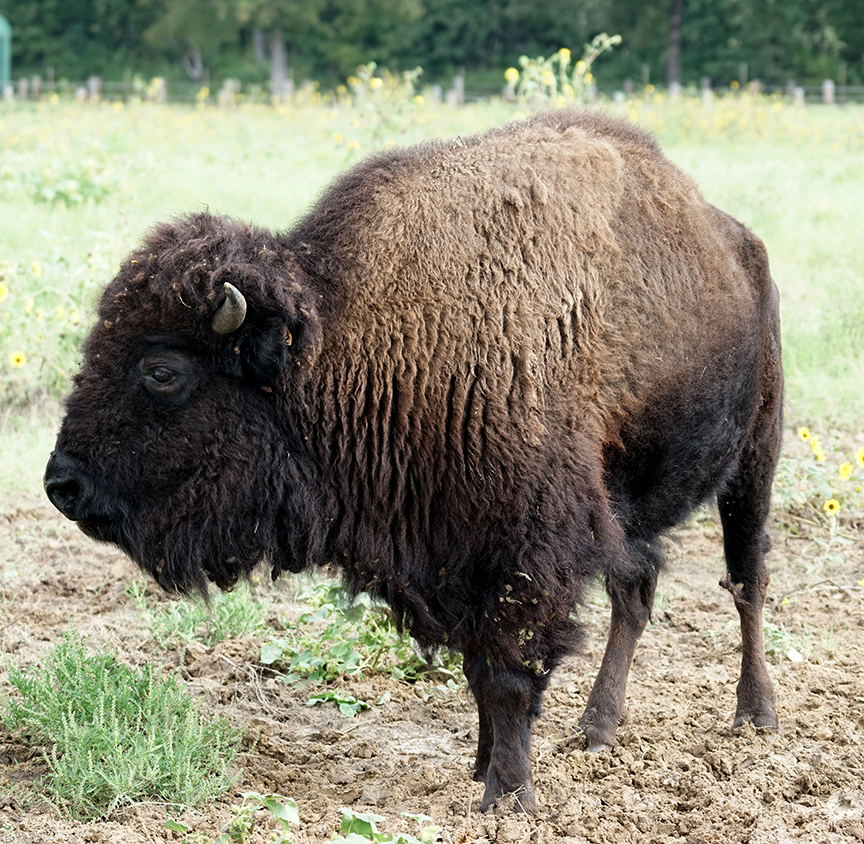 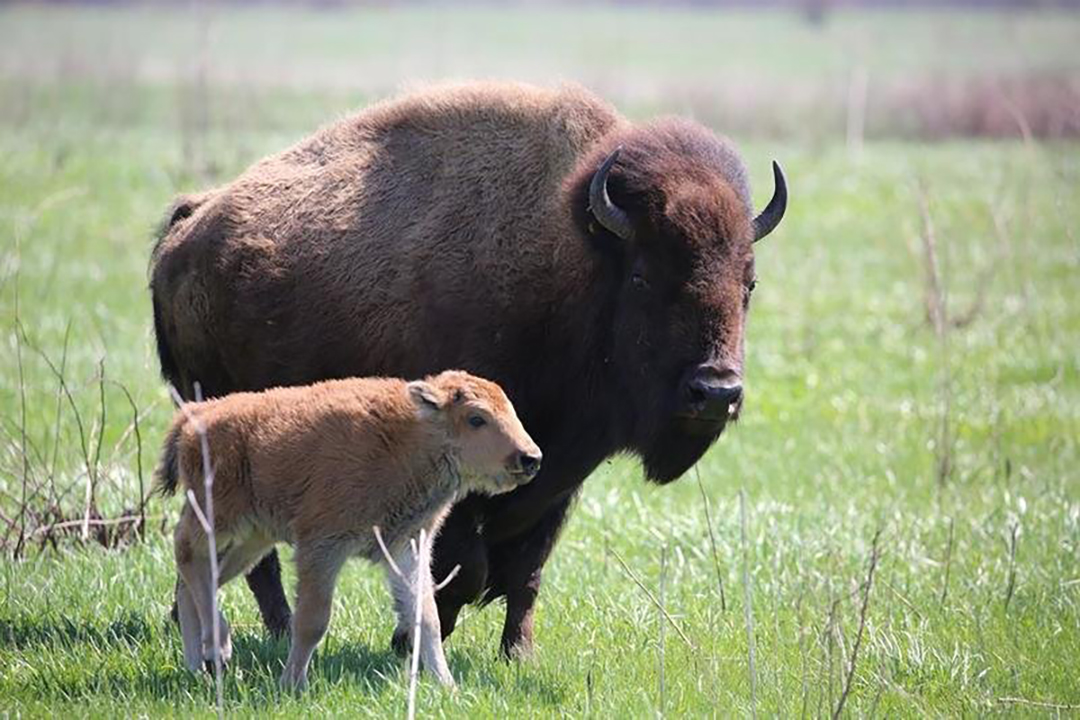 “Buffalo” is the term used by most people to describe the American bison. The term buffalo is believed to be derived from a name given to bison by early French explorers.

Bison and buffalo are members of the cattle family. True buffaloes are the Cape buffalo in Africa and the Asian water buffalo.

On May 9, 2016, President Obama signed the National Bison Legacy Act, making the bison our National Mammal. This was achieved through the efforts of the American Bison Coalition. 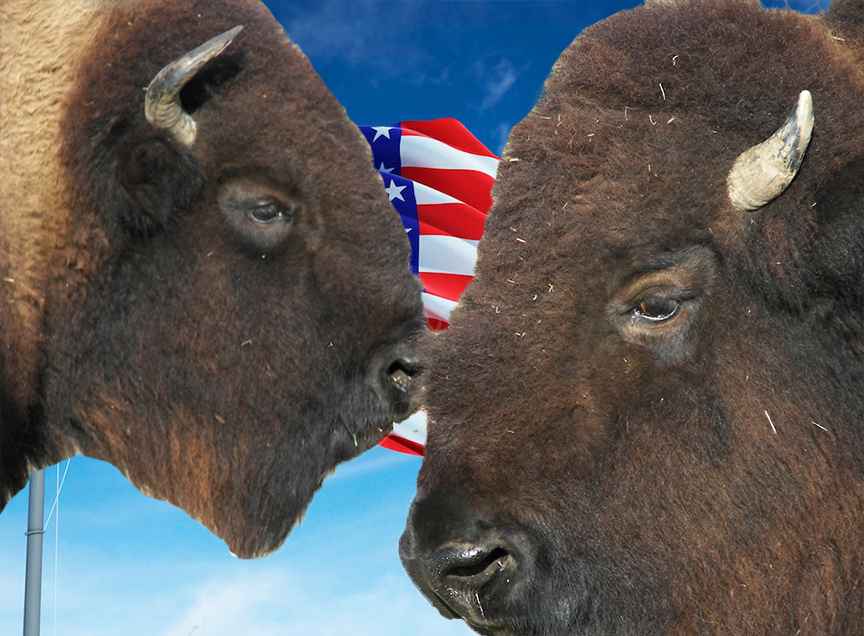 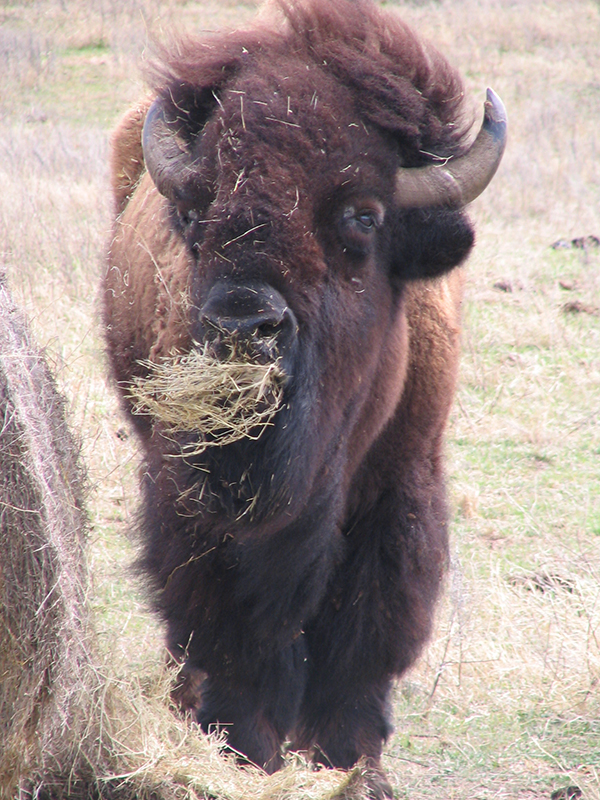 Snodgrass gave a tip of the cap to people who continue to practice bison conservation, as he considers it promoting America’s heritage.

“When we think of prairies and wide-open spaces in early North America, we think of bison,” he said. “They were historically so ecologically important, as far as shaping the prairie habitat.”