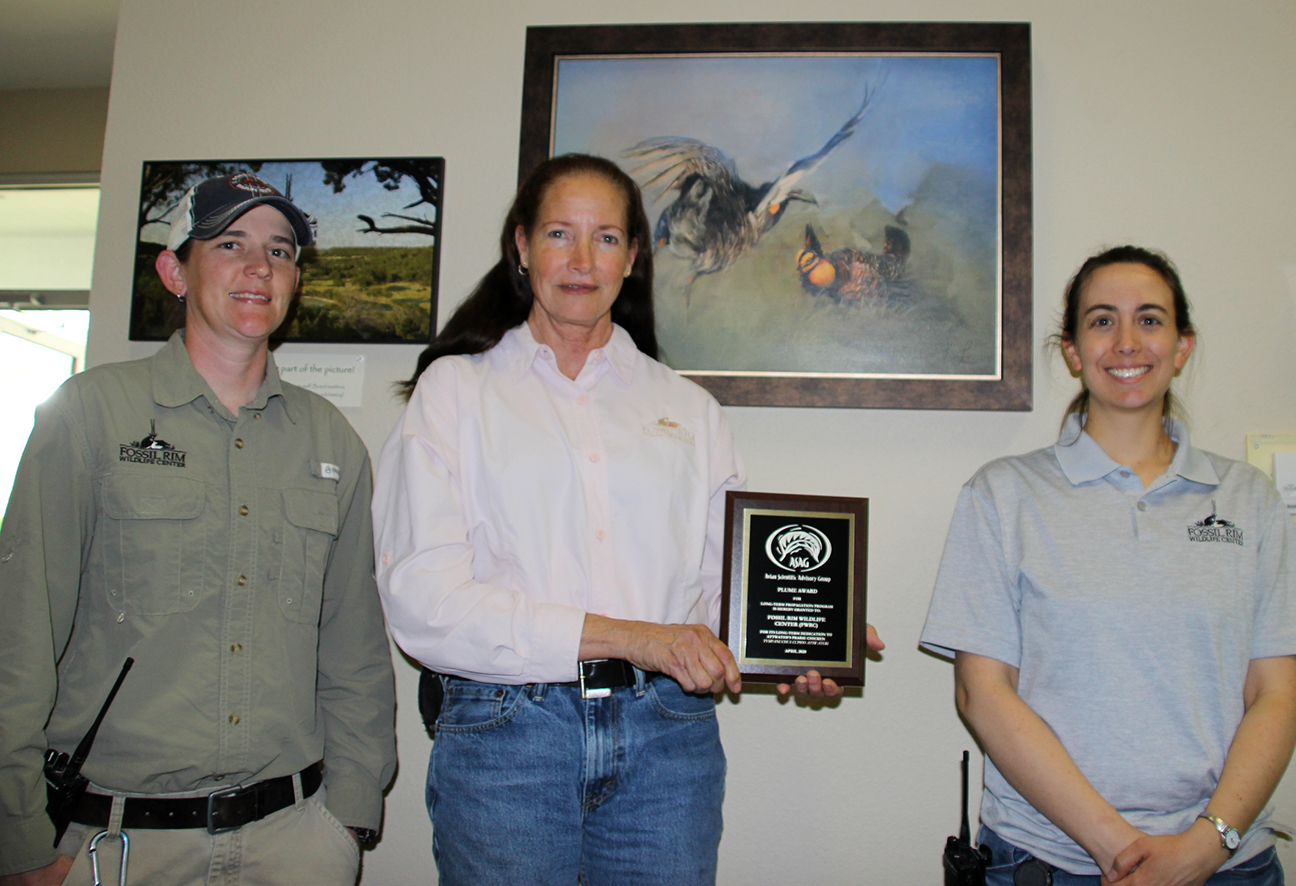 “Each year, the AZA’s Avian Scientific Advisory Group recognizes institutions who are doing outstanding work in avian husbandry and conservation with our Plume Awards,” said ASAG Chair Diana Olsen. “We are always amazed by the quality of work being done, and it’s a challenge each year to narrow down the choices from an excellent field of candidates. It is with great pleasure that ASAG awards our Plume for Long-term Propagation to Fossil Rim’s Attwater’s Prairie Chicken Captive Rearing Program.

“The work that Fossil Rim continues to do on behalf of the prairie chickens will help keep these magnificent birds from sliding into extinction. On behalf of the entire ASAG committee, we congratulate your team for its outstanding work!” 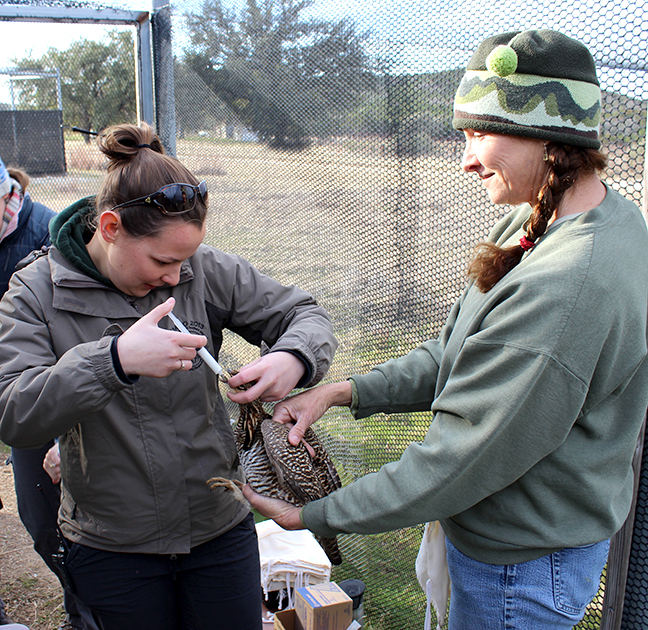 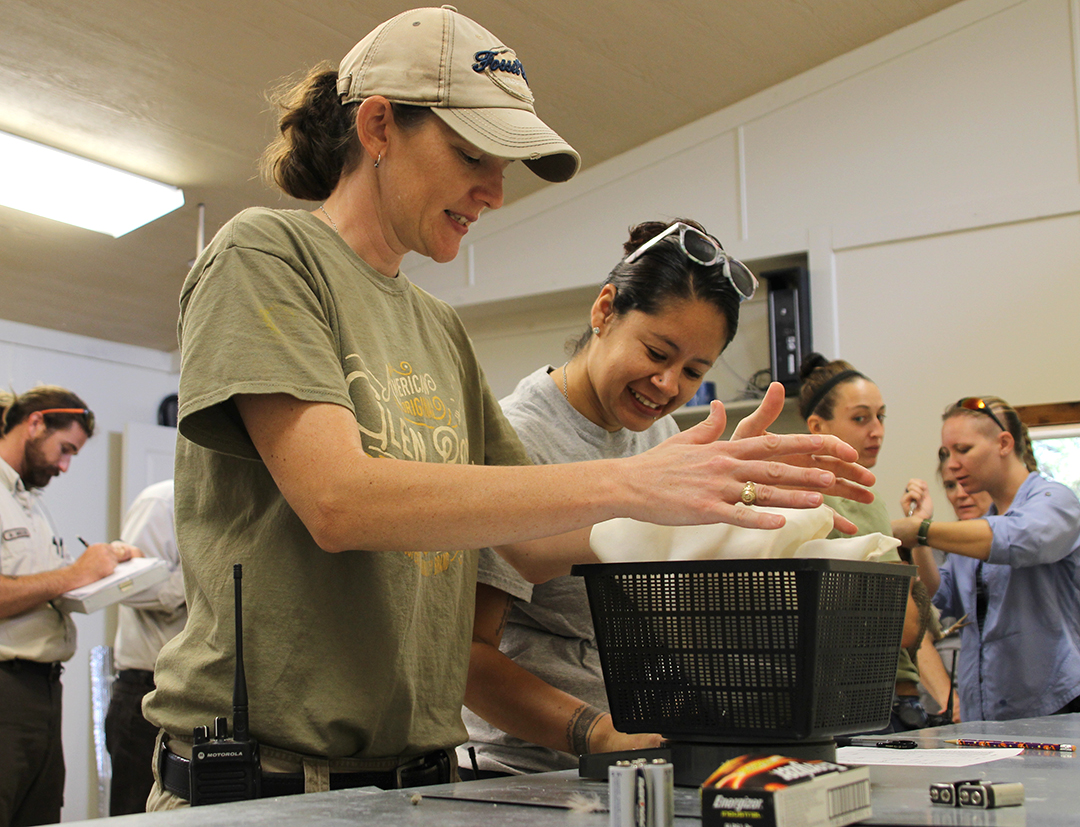 Johnson took the opportunity to credit Fossil Rim Executive Coordinator Kristen Hannah for her role in the award.

“Fossil Rim receiving the AZA Plume Award was made possible due to the time and effort of Kristen Hannah,” Johnson said. “She collected the information, submitted the application, and made this recognition possible. I want to give her due acknowledgement, not only for her contributions to the APC program, but to Fossil Rim as a whole. Where would (Executive Director) Kelley (Snodgrass), our board of directors, our interns, and our staff be without her and her genuine regard where Fossil Rim is concerned?”

Hannah talked about why it was important to her to apply for the award on behalf of the APC staff. 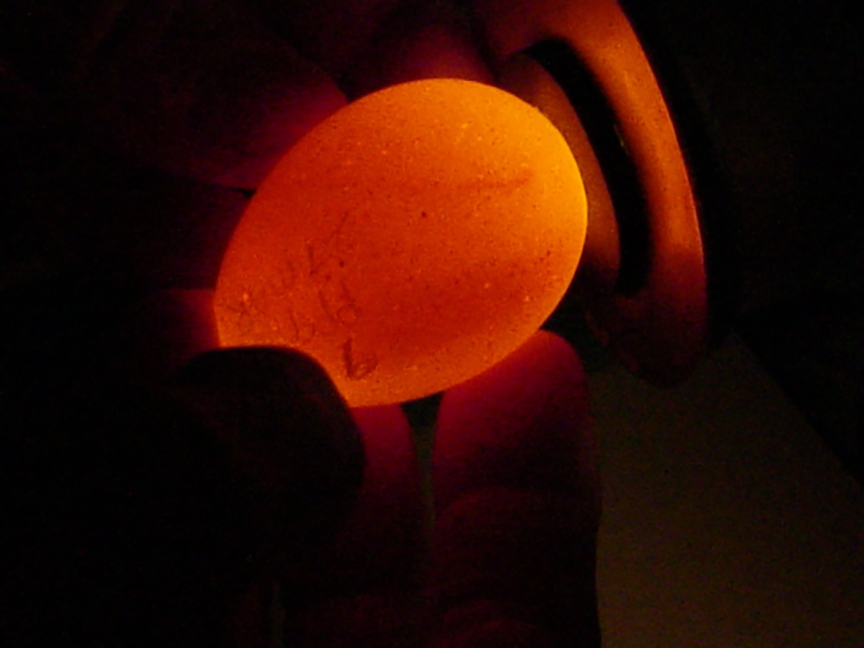 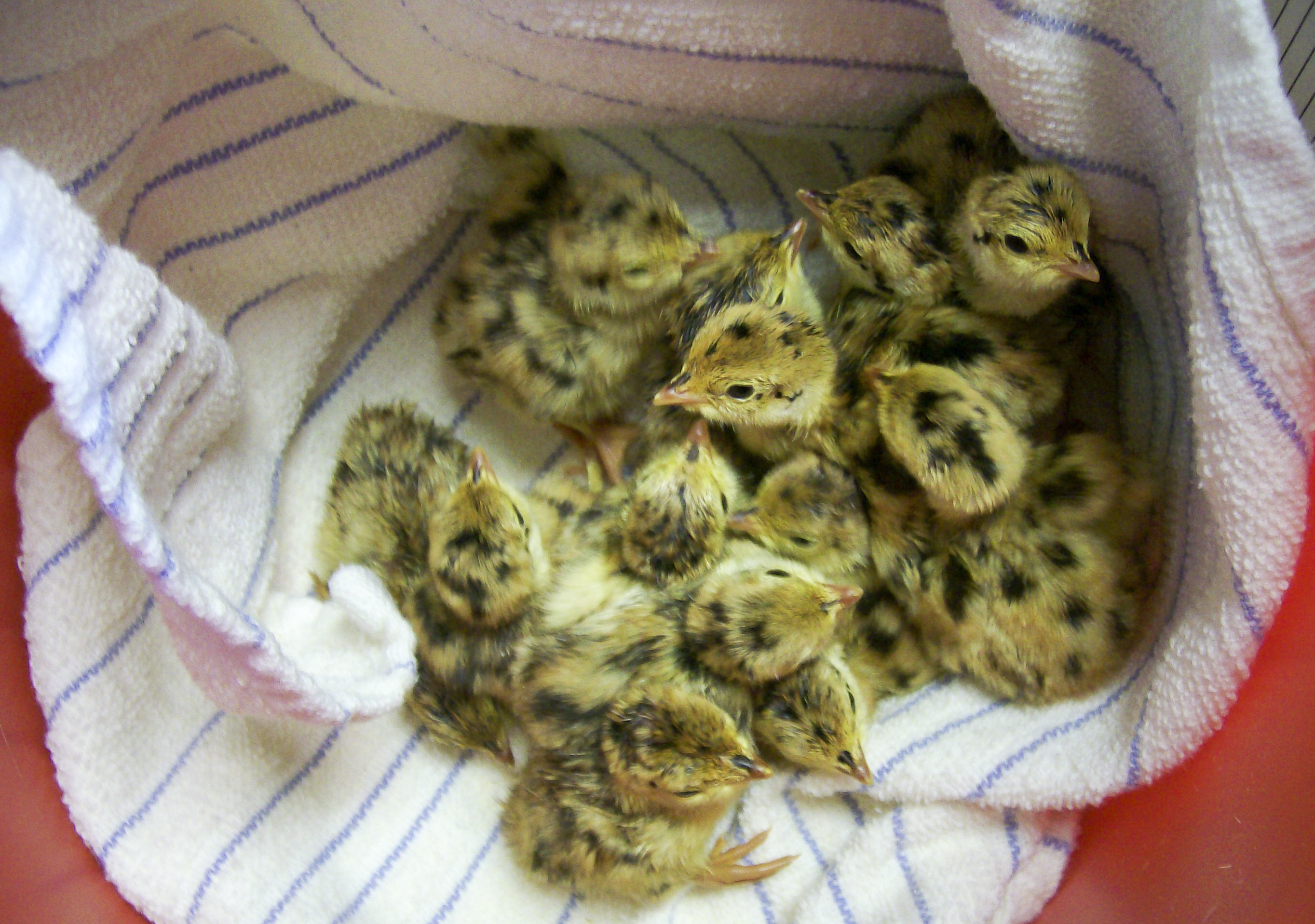 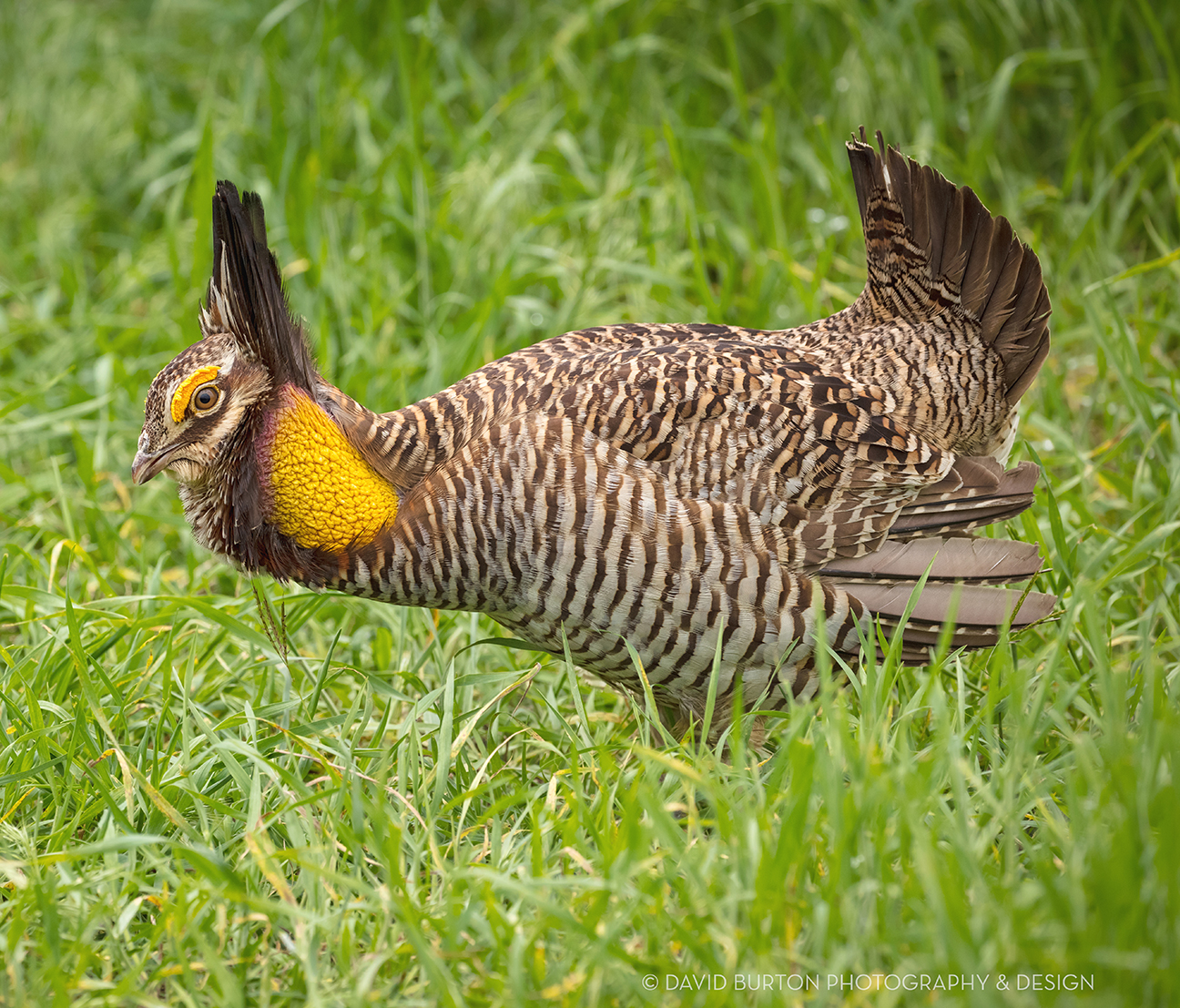 “Janet and Cara have shown great dedication to the APC program for many years,” Hannah said. “During chick season, they show their commitment to saving this species by working long hours, coming in on their days off, and staying until the job is done. This critically endangered species would likely be extinct in the wild if it were not for Fossil Rim’s tireless dedication to its recovery, and Janet and Cara are the backbone of the program at Fossil Rim.

“When I heard about the opportunity to apply for the Plume Award, it was obvious that our APC program was an excellent candidate. Annually, Fossil Rim contributes about 50 percent of the birds released in the Attwater Prairie Chicken National Wildlife Refuge or onto private ranchlands. The APC captive rearing program serves as a safety net against extinction for the APC, but it also represents the sole source for establishing wild populations.”

In 2017, Johnson and Burch received an APC-related award from the Zoological Association of America (ZAA) for “Significant Propagation And Long-Term Commitment To A Single Species.”