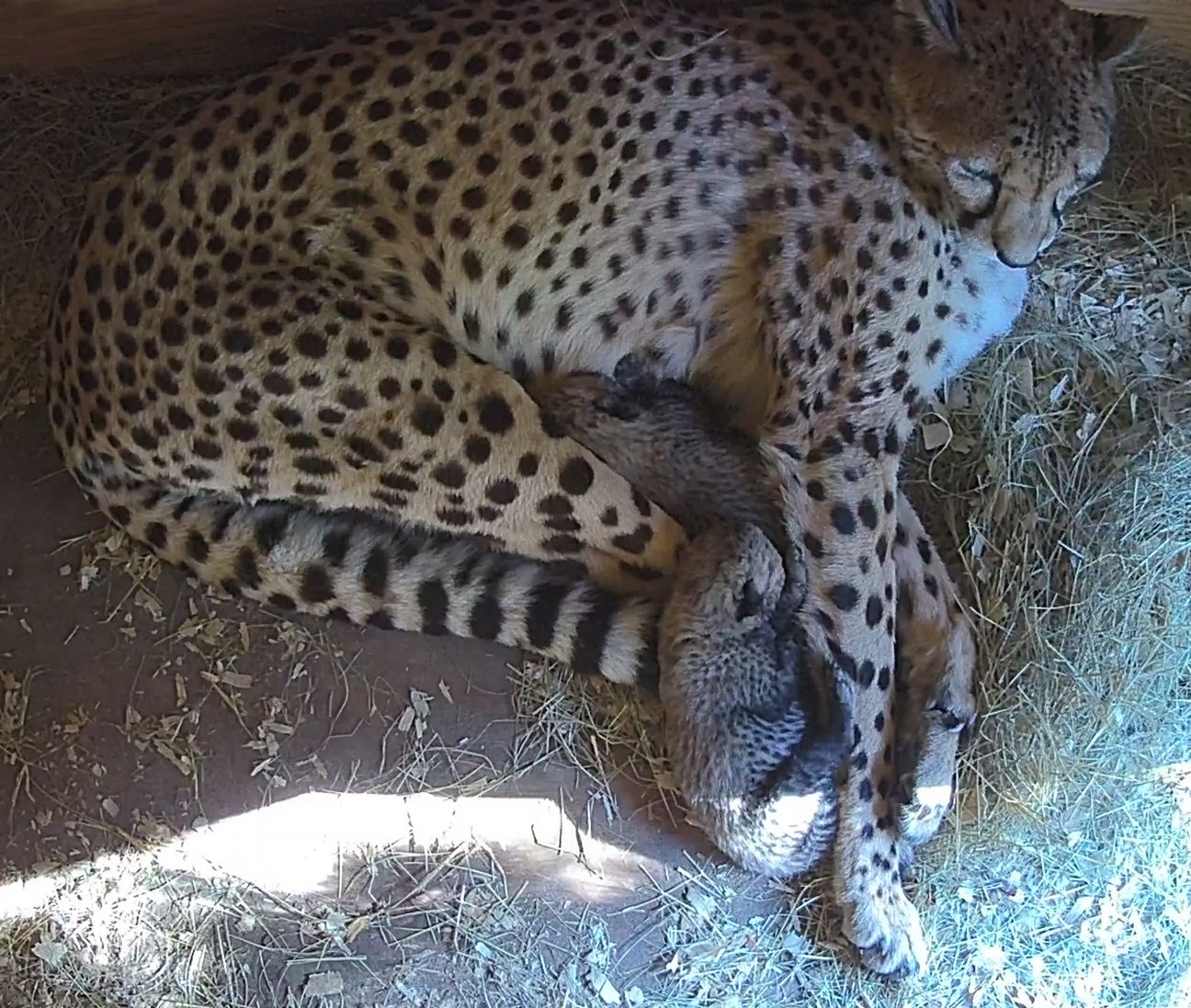 We have two new cheetah cubs, both of which are female!
On April 14, “Missy” gave birth to four cubs. Unfortunately, only two cubs survived. “Wilkes” is the sire of the litter. It is the first litter for both mother and father.
“Missy is a first-time mom and a very attentive mother,” said Carnivore Curator Jason Ahistus. “Unfortunately, she’s also very nervous, so we have been very hands-off in her management. The cubs turned six weeks old in late May and had their first round of vaccinations, plus they received quick physical exams, were given dewormer, and both received transponders. This brings our all-time count of cubs born at Fossil Rim to 216.”