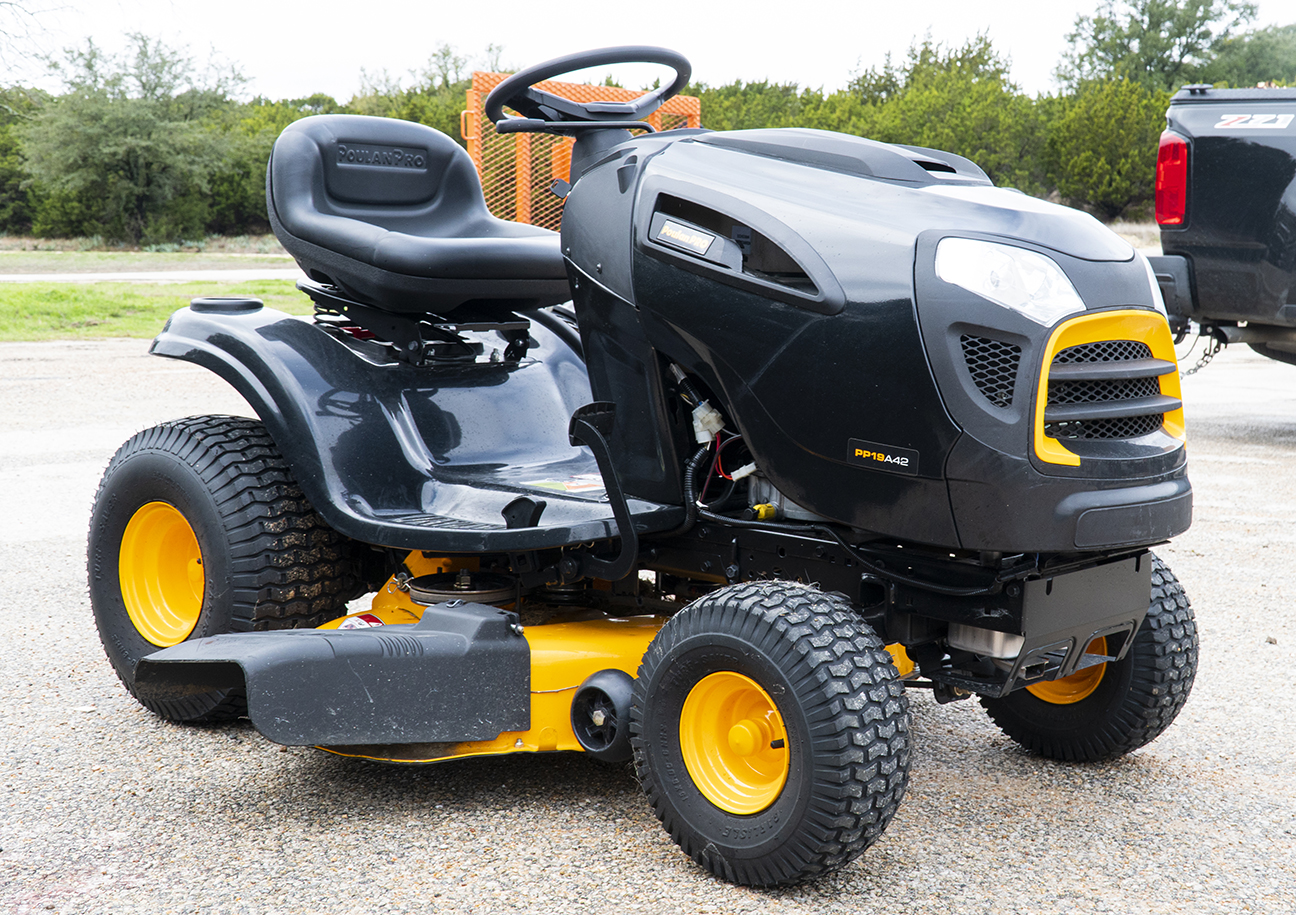 Mere minutes after a mid-January post went up on Fossil Rim’s Facebook page about the need for a new lawnmower, Joshua Smith had some good news to share.

The DFW-area police officer mentioned in the comments section of the post that he was interested in donating a lightly-used riding lawnmower. Carnivore Curator Jason Ahistus was pumped up to hear about the incoming new addition, which arrived at Fossil Rim in mid-February.

“I used the riding mower for one season and I just had trouble maneuvering it with some of the space restrictions I have, but I think it could be much more useful to Fossil Rim,” Smith said. “I just want to know it is helping someone out.”

Indeed, Ahistus said the mower will fit through the various tight spots at Fossil Rim and he is excited about the new addition – expecting time spent on mowing to be cut in half.

“I love cheetahs,” Smith said. “They are my favorite (species) going back to my childhood. When we began coming to Fossil Rim, (the Robert B. Haas Family Cheetah Conservancy aka Cheetah Hill) was my favorite part of the park, so it is exciting to help out the staff who takes care of them in this way.”

“I saw the post on Fossil Rim’s Facebook page about the desire for a lawnmower upgrade, and I was like ‘Oh, heck yea!’” he said. “My wife had been urging me to sell it, but I was much more interested in this donation. The Facebook post definitely helped, because I wouldn’t have known about the interest in a mower otherwise. I’ve been following Fossil Rim’s Facebook page for as long as I’ve known the page existed.

“I don’t mind donating money either, but this frees up my garage space and still helps Fossil Rim. A little tax write-off is just a bonus.”

Ahistus is ready to take it for a spin at the first sign of tall grass.

“We were very excited about the donation,” he said. “In the cheetah facilities, we are able to use the larger zero-turn mowers, so mowing is pretty quick, but in the wolf yards and some other areas, we have to use a push mower. With this new mower that was donated, we should be able to mow in many of those areas that we used to use the push mower.

“This will not only reduce our time spent mowing, but it will also make it easier on the staff in the hot summer months. This mower will be useful in many animal care areas, not just carnivores.”

Smith looks forward to introducing one of his family members to the wonders of Fossil Rim.

“I last visited Fossil Rim a few years ago, but I still keep track of what’s going on,” he said. “I’m going to bring my brother and his daughter out here soon; it will be her first visit.”