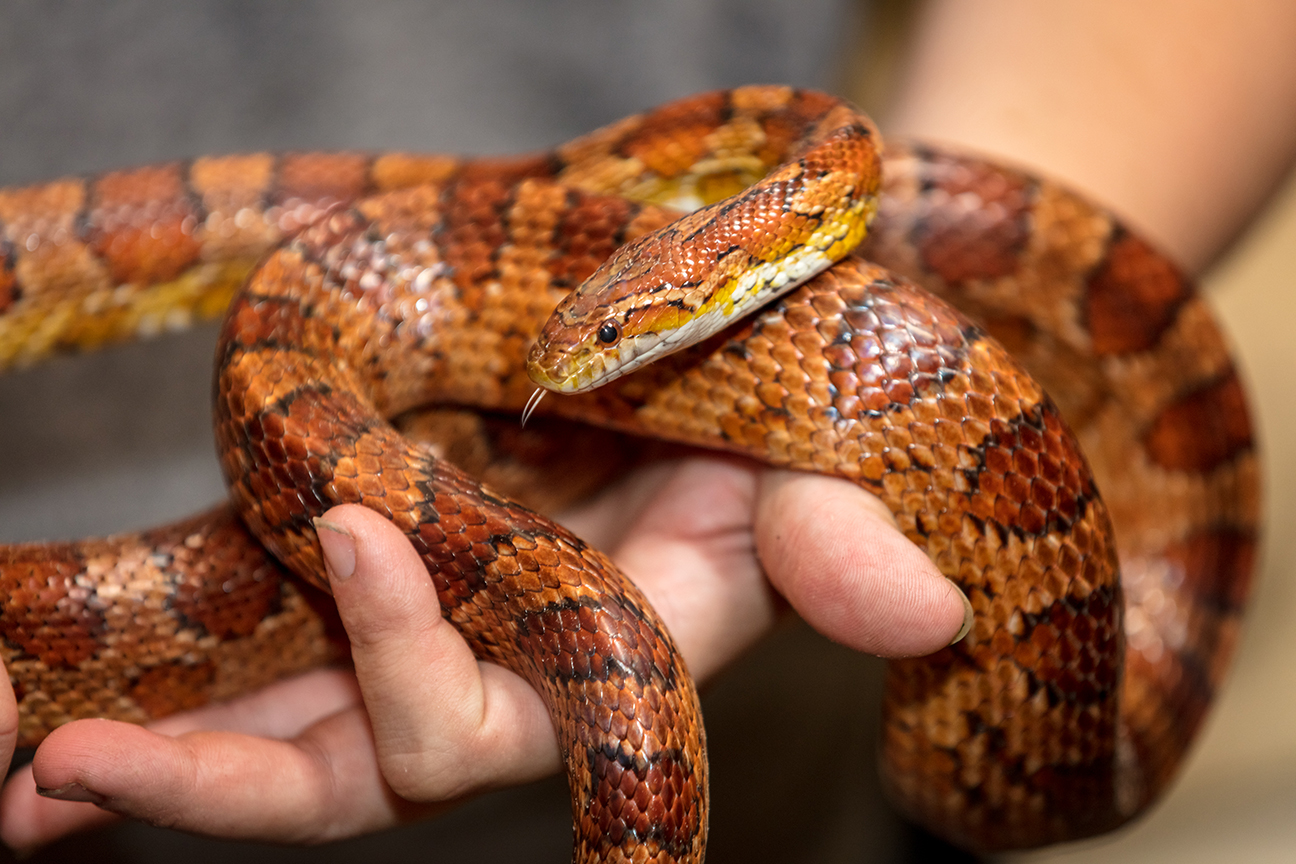 World Snake Day is celebrated each year on July 16. This occasion encourages people to reflect upon their potential fears and develop an understanding, appreciation, and new interest in the ecosystem around us and the roles these snakes can play. Snakes have served as different symbols in various cultures, including being feared, showing signs of power, or being associated with medical care and attention. 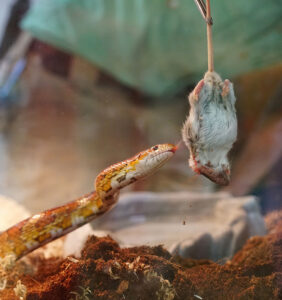 Snakes serve many beneficial roles in their natural ecosystems. Many snakes provide a natural form of pest control. They feed on pests such as rats, mice, and bugs.

Consuming these pests helps reduce the spread of diseases like Lyme disease, as well as decrease the impact pests may have on other ecosystems, such as farmlands and urban areas. There are even some snakes that will feed on other snakes, regardless of the fact they could potentially be venomous.

Snakes are also important for maintaining the balance of the food web in their ecosystems. While snakes can be busy eating food resources such as rodents, amphibians, and bird eggs, there are many predators that consider snakes to be a tasty meal.  Predators of snakes can include birds, mammals, and – as mentioned – other snakes.

Here at Fossil Rim, we have two species of snakes at the Children’s Animal Center, which is currently closed to the public. However, once it reopens, it will be free to visit daily at the Overlook area. These snakes are part of our ambassador animal collection.

Corn snakes are a nonvenomous snake found throughout the eastern United States. These snakes can be identified by their white and black checkered bellies, which are thought to resemble corn. Corn snakes are a versatile species able to inhabit a variety of landscapes like deciduous forests, grasslands, and urban areas.

This group of snakes is typically crepuscular, meaning they are most active at dawn and dusk. During active hours, these snakes are in search of food and enjoy a menu that consists of small mammals, bird eggs, and amphibians. They may hunt for their food on the ground or even climb high into a tree. 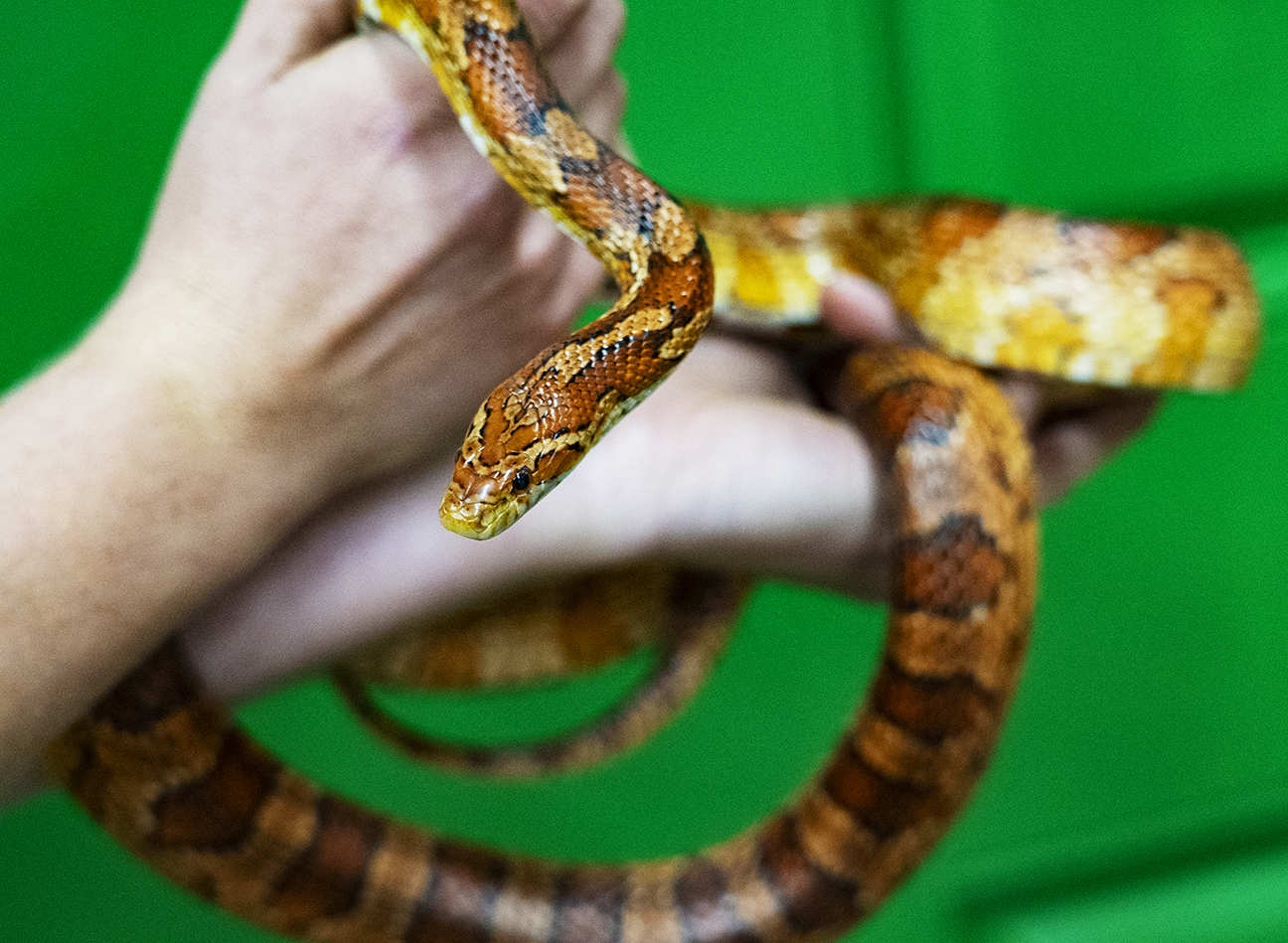 When not in search for their food, snakes bask in the sun and absorb its energy to heat their own bodies and metabolize their food. The corn snake’s orange, brown, and red colorations help it blend into the dry leaves and grasses.

East Texas has a species of corn snake called the Slowinski’s corn snake (Pantherophis slowinskii). It is much rarer and secretive, given its smaller distribution and nocturnal behavior. Corn snakes are also relatives to the more commonly encountered eastern rat snake. 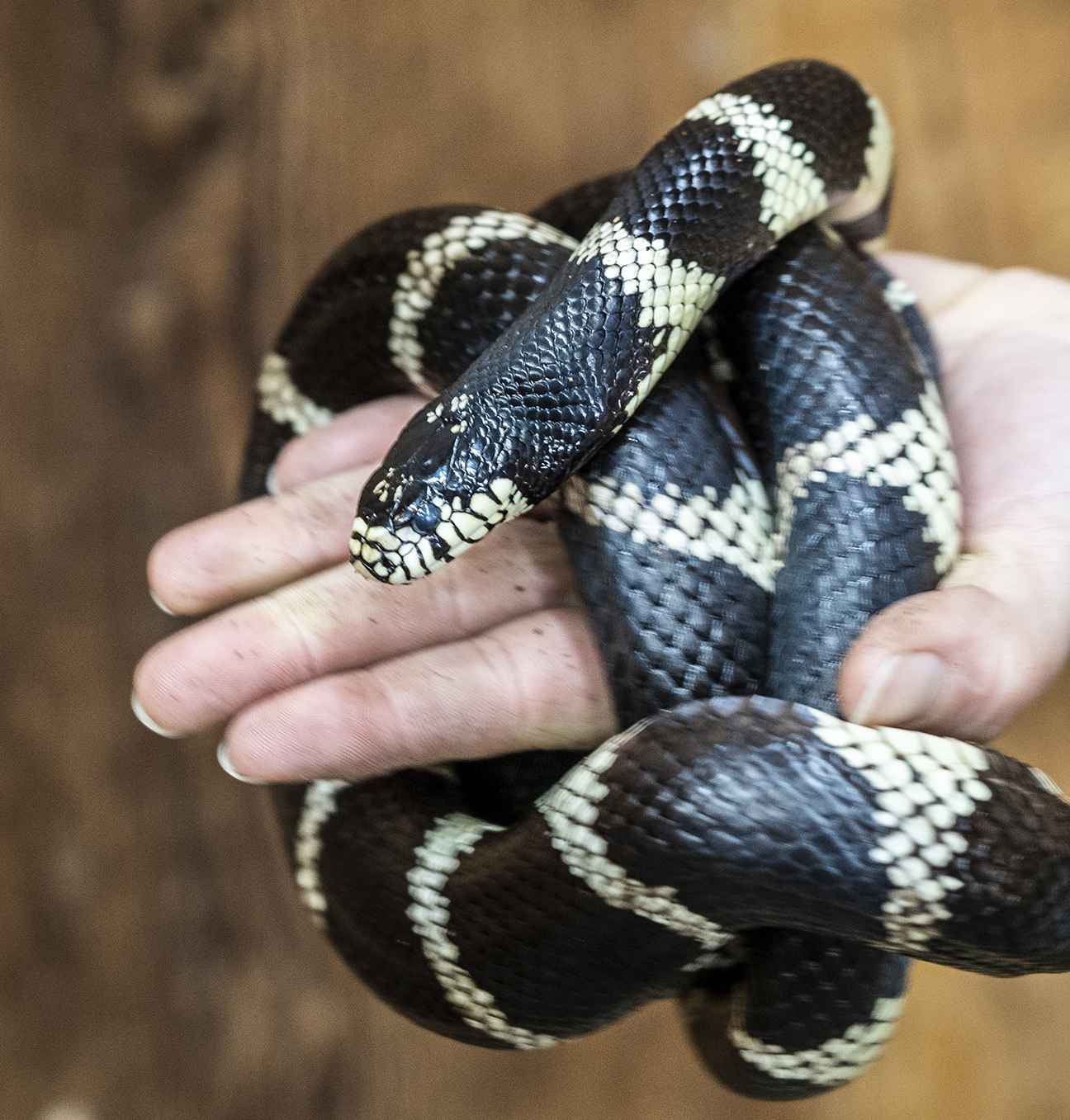 This group of snakes has an impressive diet in that they will eat small mammals, lizards, eggs, and even other snakes, including the venomous kind. Kingsnakes are famous for their ability to be resistant to rattlesnake venom, but they are not totally immune to its effects. They are a diurnal snake adapted to a variety of habitats including grasslands, wooded areas, deserts, marshes, and suburban areas.

Kingsnakes can become more nocturnal during hot weather and will even retreat into burrows during the winter, undergoing a hibernation-like state called brumation. Kingsnakes have some interesting ways of defending themselves against threats. 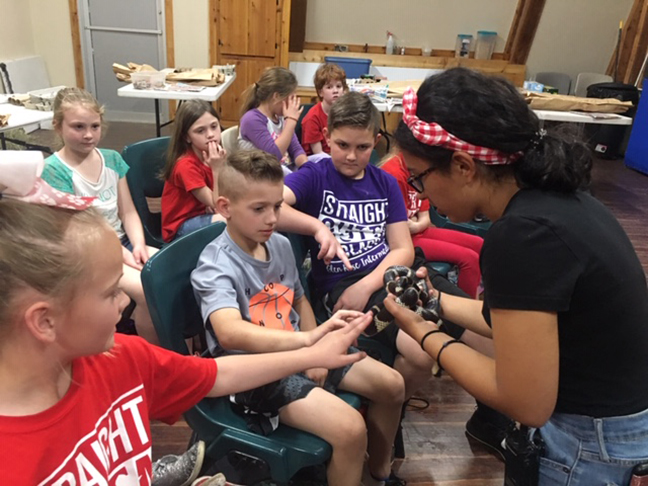 If rattling their tail to mimic a venomous snake does not ward off a predator, kingsnakes will coil their head into their body and expose their tail. From their tail vent called the cloaca, the kingsnake oozes a foul-smelling and bad-tasting liquid called musk.

Snakes are able to take a meal that is about twice the size of their head. They will do this by unhinging their jaw to stretch their mouth as wide as possible.

As limbless animals, they rely on their mouth’s flexibility to work their food into their stomach. A meal typically takes the snake a few days to fully digest, and many snakes can go a couple of weeks without needing to eat again.

Of course, even the most humble of snakes may hiss, coil, puff up, or bite if confronted by a threat. Indeed, these behaviors can scare people and endanger the snake.

But, if you encounter a snake, the best thing to do is leave it alone. Once the Children’s Animal Center reopens, we would love for you to come learn more about these fascinating animals!