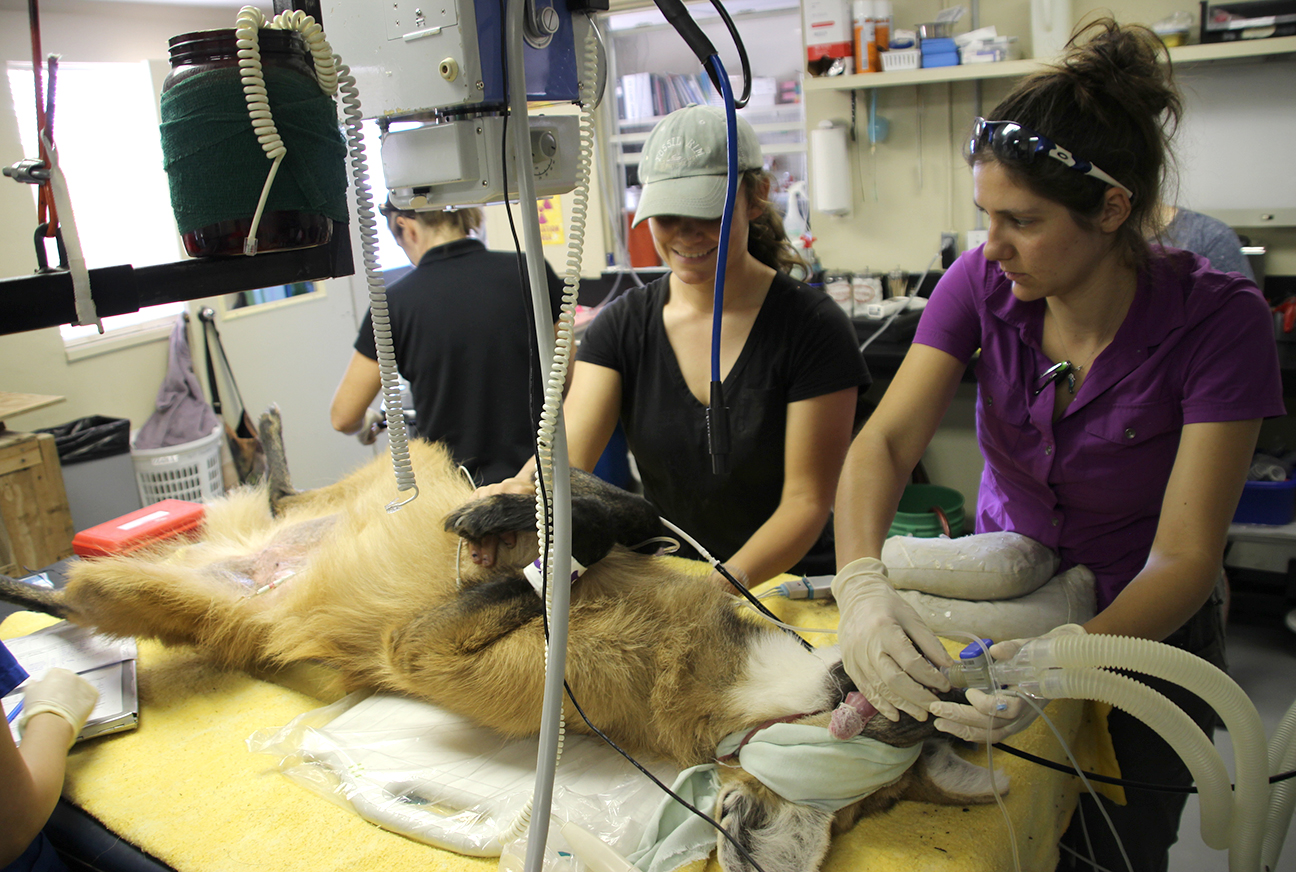 Fossil Rim-born maned wolf “Fiona” is headed to a new home, but not before the animal health team gave her a thorough checkup via a pre-shipment exam.

“Fiona is going to another AZA facility to enter a breeding situation,” said Associate Veterinarian Dr. Julie Swenson. “She is at a good age right now for reproduction. We are excited for her opportunity to join the breeding population.” 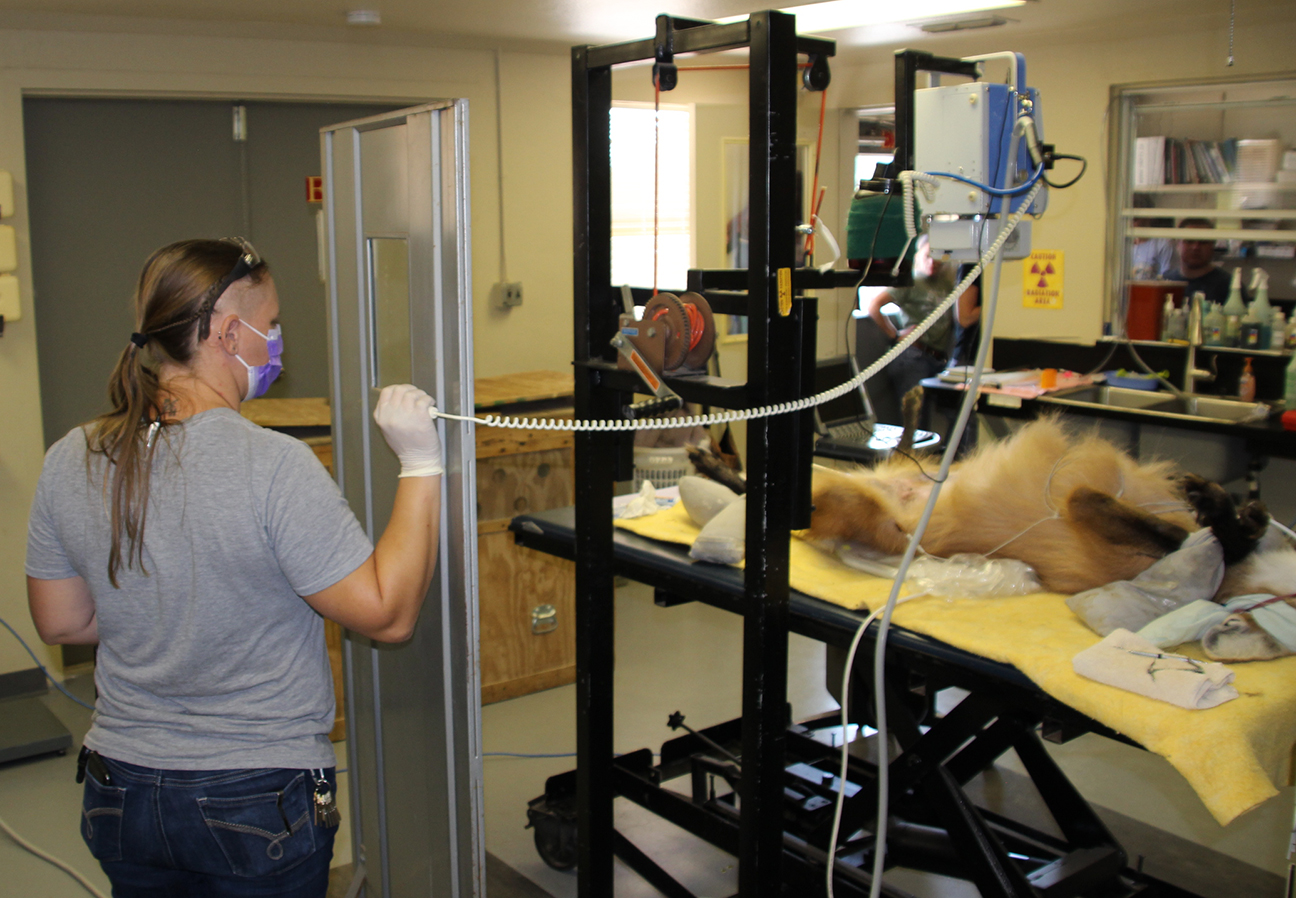 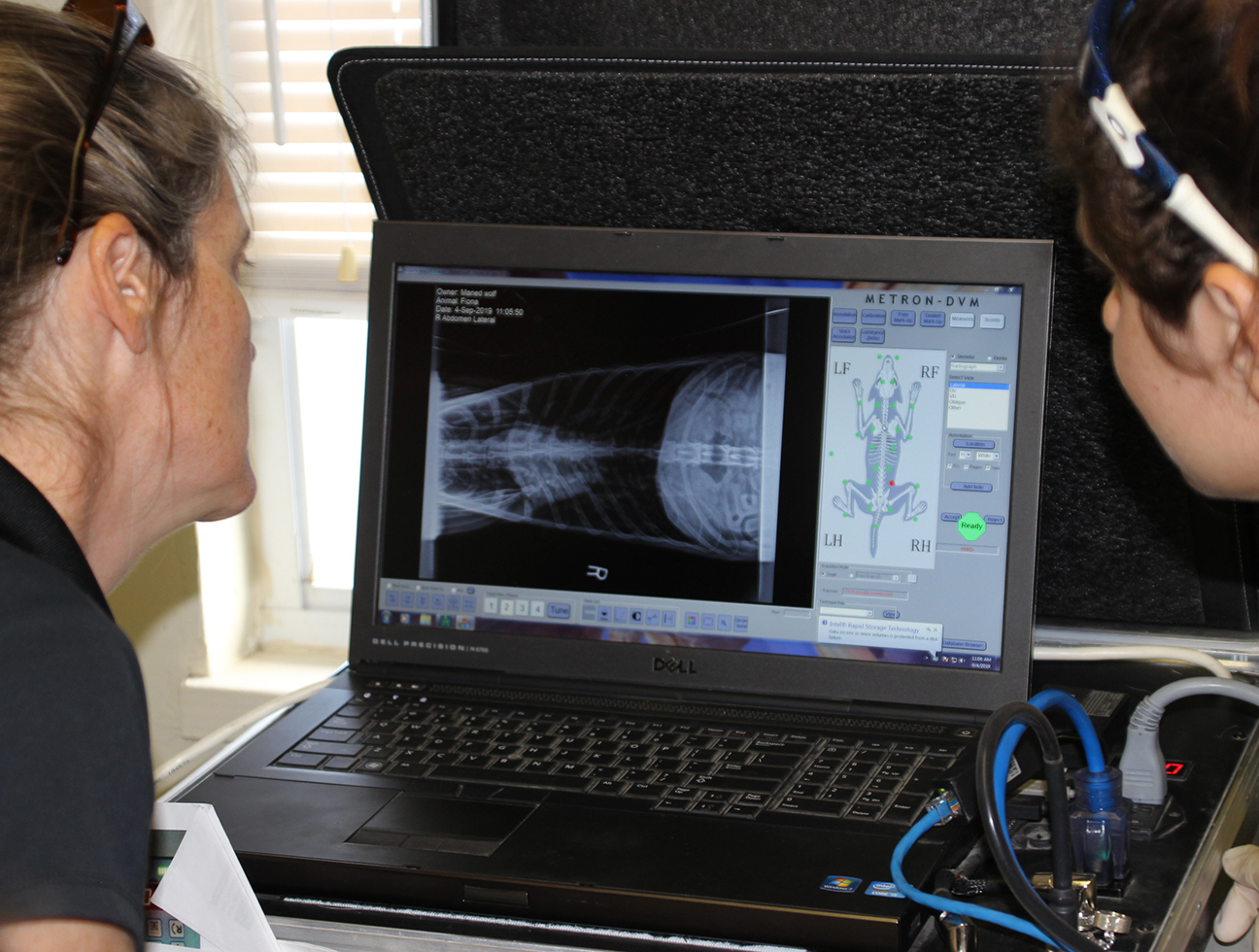 “When she was brought into the clinic, we were talking with animal care (staff) about what good overall condition she was in,” Swenson said. “Maned wolves have a predisposition for being thin and underweight in captivity. It’s nice to see her at a very good weight, because we want her to be healthy going into a breeding situation.”

Fiona did well during the exam in terms of responding to the anesthesia, both in regard to going under and waking up.

“This was pretty straightforward as a pre-shipment exam,” she said. “We do any testing that the receiving institution requests of us. They usually have desired tests that are specific to their population’s concerns. We did a complete physical exam with all the routine diagnostic testing.

“We did preventive medicine including vaccines, flea control, radiographs, ultrasound, and prophylactic dentistry. In Fiona’s case, we also wanted to check on a small inguinal hernia that we’ve noted on previous exams. We watch it from year to year; at some point it might need a surgical fix, but it doesn’t seem to be needed currently.”

For captive maned wolves, health issues they might have are so often related to digestion and nutrition.

“A lot of maned wolves seem to have issues with their GI tract, including inflammatory bowel disease, where they have trouble getting nutrients and calories from their food, even if their appetite is good,” Swenson said. “Also, many maned wolves are picky eaters and so they might not eat all the food you give them. Fiona has always maintained a very good body condition and good appetite. She’s not quite as picky about food variety as most other maned wolves.”

When the public has seen photos of Fossil Rim maned wolves, it has often been Fiona in recent years.

“It’s been nice having Fiona here because she’s a good representation of what the species should look like when they are in good health,” Swenson said.