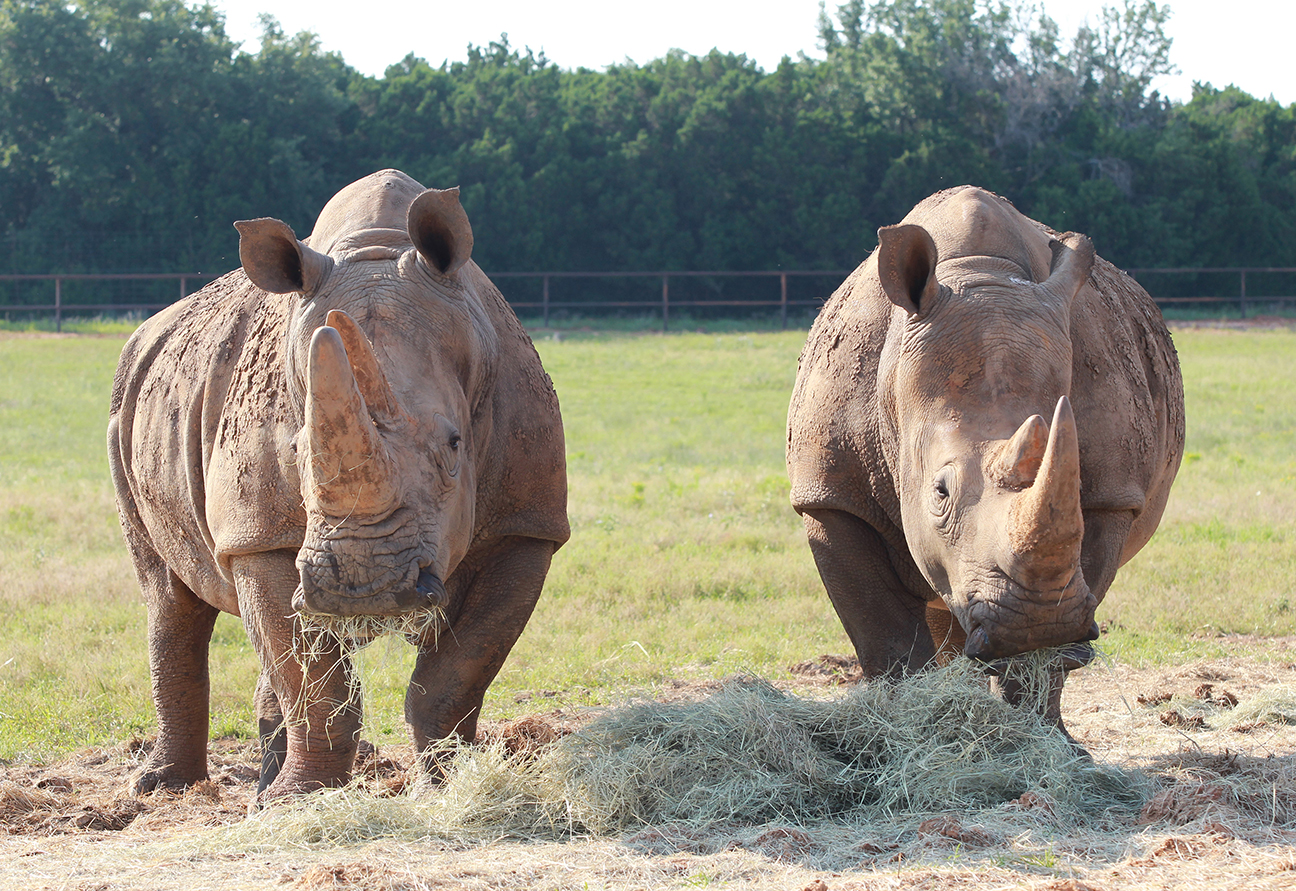 Since 1984, Fossil Rim Wildlife Center has welcomed visitors to see exotic and endangered animals up close while bringing the big picture into focus through conservation education.

On 1,800 acres of what was a private game ranch called “Waterfall Ranch” when Fort Worth businessman Tom Mantzel purchased it in 1973, Fossil Rim actually received its current name in 1987 after Jim Jackson and Krystyna Jurzykowski took ownership. The facility became a nonprofit entity in 2000 and now has 1,100-plus animal inhabitants, which includes more than 50 species.

The Somervell County attraction is home to an array of antelopes, equids, birds, carnivores, and more. Some of the most popular animals with guests include giraffes, cheetahs, zebras, rhinos, and ostriches.

On the Fossil Rim staff since 1984, Executive Director Kelley Snodgrass is so proud of how the nonprofit entity participates in reintroductions to save species.

“The Attwater’s prairie chicken is a species that occurs in our own backyard on the coastal prairies of Texas and is so perilously close to extinction,” Snodgrass said. “This program at Fossil Rim is critically important to their survival, so hopefully Texas pride ensures that we don’t let one of our own species go away. Then, you balance that with the scimitar-horned oryx reintroduction project we contributed to in Africa, and an addax reintroduction project currently underway, plus the many other threatened and endangered species programs we are involved with. Through the generous support of many, we are able to have a positive and growing impact for their existence and survival at home and across the world.”

Guests are invited to try one of several guided tour varieties or drive their own vehicle on the 7.2-mile Gosdin Scenic Drive while enjoying our paved, two-lane road. A Behind-the-Scenes Tour is the way to gain access to the IMA, which includes animals like the Attwater’s prairie chicken, southern black rhino, American red wolf, Mexican wolf, maned wolf, black-footed cat and some of Fossil Rim’s cheetah population.

In December 2015, Fossil Rim was honored by the Association of Zoos and Aquariums (AZA) with the Quarter Century Award for 25 years of continuous accreditation. Decades ago, the facility became the first of its kind to participate in a Species Survival Plan through the AZA with the Grevy’s zebra, and now many of its species fit that category.

For visitors who want to go the extra mile, lodging is available. The Lodge is an ideal venue for a comfy overnight stay, while the Foothills Safari Camp cabins offer the chance to stay just a stone’s throw away from a busy wildlife watering hole.

The Nature Store is a vast gift shop located at The Overlook, and the neighboring Overlook Café offers tasty items like burgers, sandwiches, and salads. Also found at the Overlook, the Children’s Animal Center offers the free opportunity to brush goats and view tortoises, exotic birds and neat insects, among other species.

While the animals and their desire to munch on feed pellets tossed out by guests are the stars of this show – giraffes can even be fed by hand – many people find Fossil Rim’s landscape quite striking. There are several observation points at elevations which provide the opportunity to see for miles and miles.

Fossil Rim opens at 8:30 a.m. year-round, and early morning is always the ideal time to visit due to hungry animals and cooler weather. Until November, it will be last vehicle admitted at 4:30 p.m. daily and last vehicle out by 6:30 p.m. The park is closed to visitors Thanksgiving Day, Christmas Eve, and Christmas Day, but is open for the remaining 362 days of the year barring unsafe travel weather.