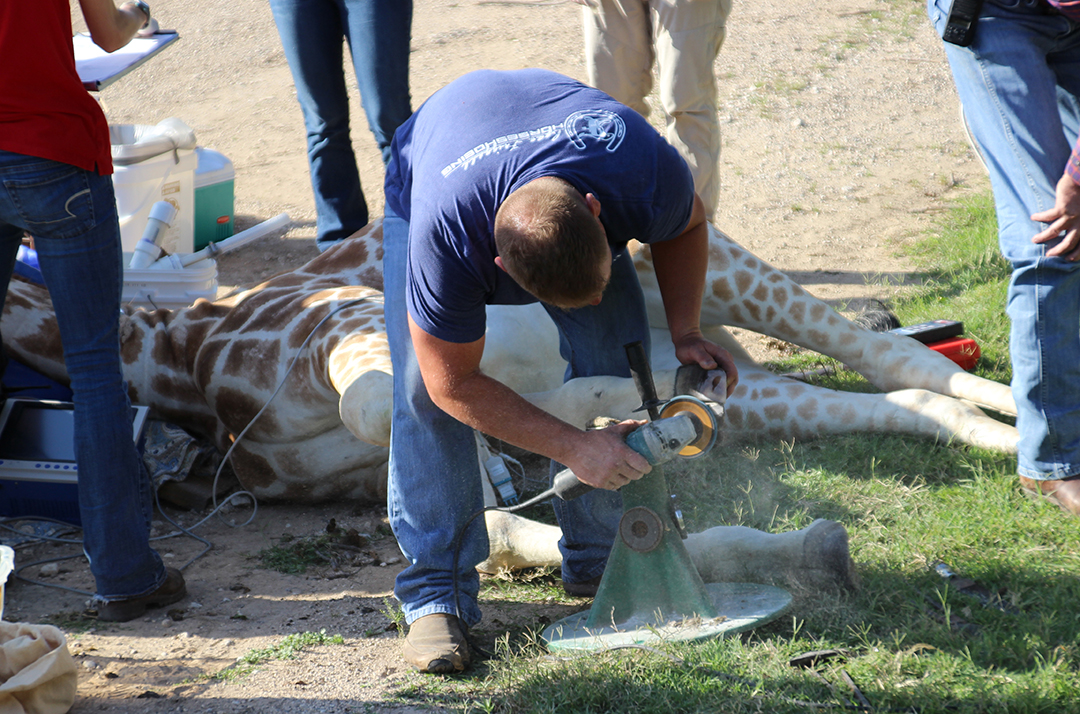 February is International Hoof Care Month! It is important to recognize the significant contributions that farriers – craftsmen who trim and shoe horses’ hooves – make to the equine community. When farriers visit Fossil Rim, however, it can often be for a non-equine species.

Perhaps more than most wildlife facilities, hooves are a big deal at Fossil Rim. With 28 hooved species plus two rhino species, hooves can be found on nearly half of the animal species featured on property.

“Rhinos have toes, but they are hoof-like in the way you treat them, in terms of sometimes requiring hoof care,” said Executive Director Kelley Snodgrass. “We do have a high percentage of hooved species, but the nice thing about Fossil Rim is that most of them are in an environment not that different from their native range. Occasionally, we do have to provide hoof care, especially for some of the older animals that don’t get around as much as they used to and don’t get the natural wear on their hooves.”

If the hooved animals – called “hoofstock” at Fossil Rim – do not keep their hooves worn down, they can actually grow too long and even impede the animal’s ability to walk.

“These animals are on a good nutritional plan with plenty of room to roam over rocks and other rough terrain, so a lot of them provide their own hoof care. If Fossil Rim was entirely a sand landscape, for example, we might have a lot more hoof issues.”

Snodgrass pointed out a particular species that requires more hoof care than others at Fossil Rim.

“Aoudad get a higher-protein nutritional plan than they would in the wild, plus our animals far outlive their average life expectancy in the wild,” he said. “That means they will become more sedentary and less likely to wear down hooves naturally in their later years. We sometimes do hoof trims for them.”

As guests travel through the park, Snodgrass suggests taking a look at the hooves of an addax. Located in the Main Pasture, addax have a reputation for approaching vehicles in search of pellet feed, so getting a close look at them is very feasible.

“Addax hooves are particularly interesting to me because they are so wide, which suits them well on the sand in their native range,” Snodgrass said.

International Hoof Care Month is essentially a time to give the tip of the cap to the work done by farriers. A farrier is defined as “a craftsman who trims and shoes horses’ hooves”.

“They are specialists and experts in their field,” Snodgrass said. “Hooves are the foundation of the animal for it to walk correctly as it travels throughout daily life. A zebra, for example, has a very complex foot, so we will call a specialist when we require something beyond a basic hoof trim.

“Farriers know how to balance a hoof and can do corrective shoeing in the case of zebras and even one of our giraffes. Sometimes it is especially important to get a job done perfectly the first time, because it might be a while before you can have your hands on that animal again.”

Farriers who assist Fossil Rim often reside in nearby towns like Weatherford and Stephenville.

“Stephenville, and especially Weatherford, have a lot of horses, so there are hoof experts in those towns and Fossil Rim is not too far away,” Snodgrass said. “Dr. Les Waymack helped us save a Grevy’s zebra once through repetitive shoeing and corrective trimming. Ryan Frizzel has done a lot of work for us and is a great farrier. He helped ‘Nyla’ the giraffe and some of our equids.”

For a while, “Coco” the black rhino regularly had her feet worked on to help her overcome lameness and inflammation. Though not a farrier, Dr. Dustin Dorris, an equine veterinarian from Stephenville, was usually the primary person to debride and clean the rhino’s feet. Lisa Stephens, an equine veterinarian from Weatherford, also regularly assisted with Coco among many other animals.

“Their assistance with Coco was very important to her quality of life,” Snodgrass said. “Perhaps not at the level of a farrier, but equine veterinarians have to know a lot about hoof care and are definitely people our staff can look to for advice and assistance.” 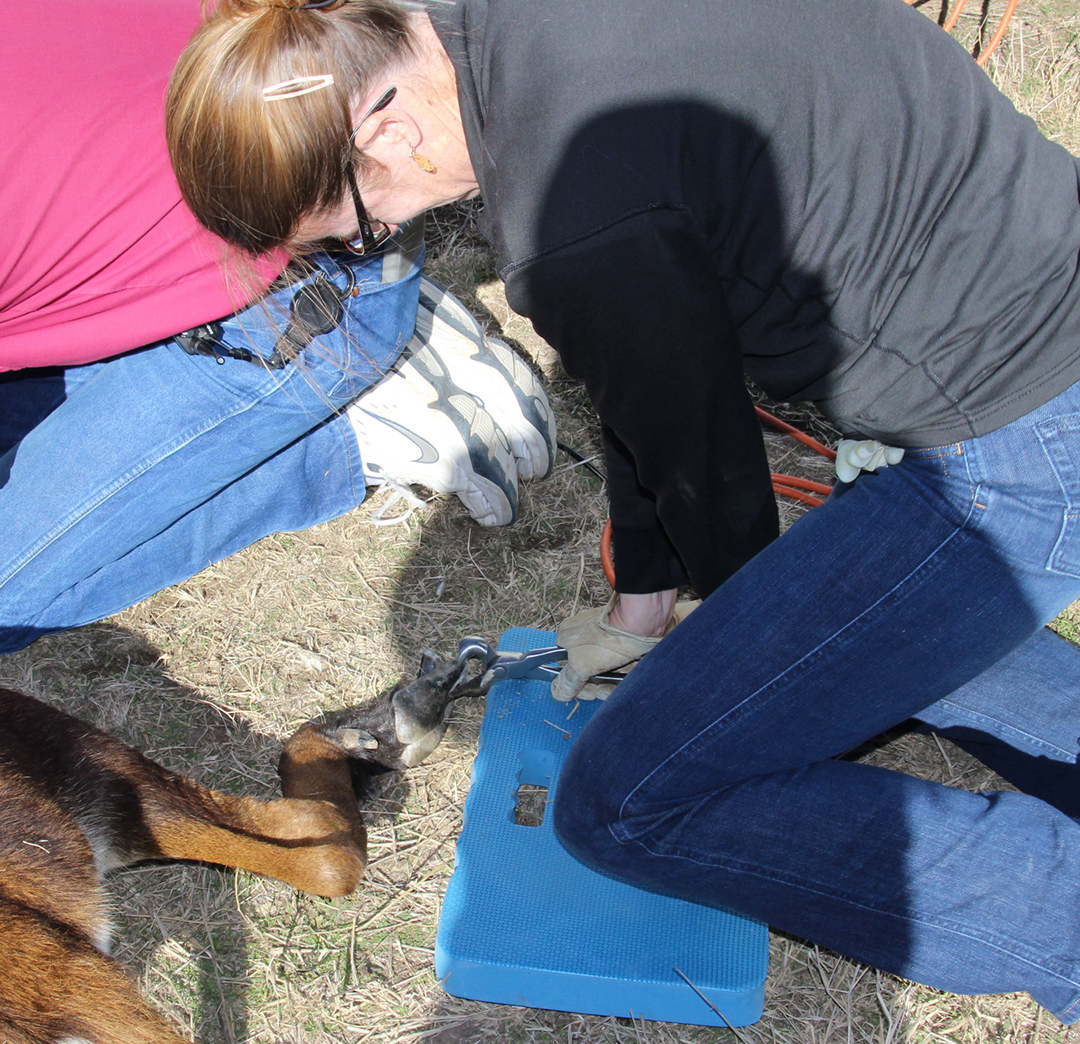 While farriers may be trained to work on horses and cattle, Snodgrass said their skills are very applicable to the exotic species at Fossil Rim, which make their assistance such a valuable asset.

“Being a farrier is hard work,” he said. “Usually, when a farrier helps us, it is with an animal that is laying down, which can be an awkward position compared to what they are used to. We are very thankful for the farriers, veterinarians and other highly trained specialists who help us out. These people are experts in their (respective) fields.

“Many of them are volunteering their services to us, which is phenomenal. They are an important part of our team.”