From adversity to fine and Dandy 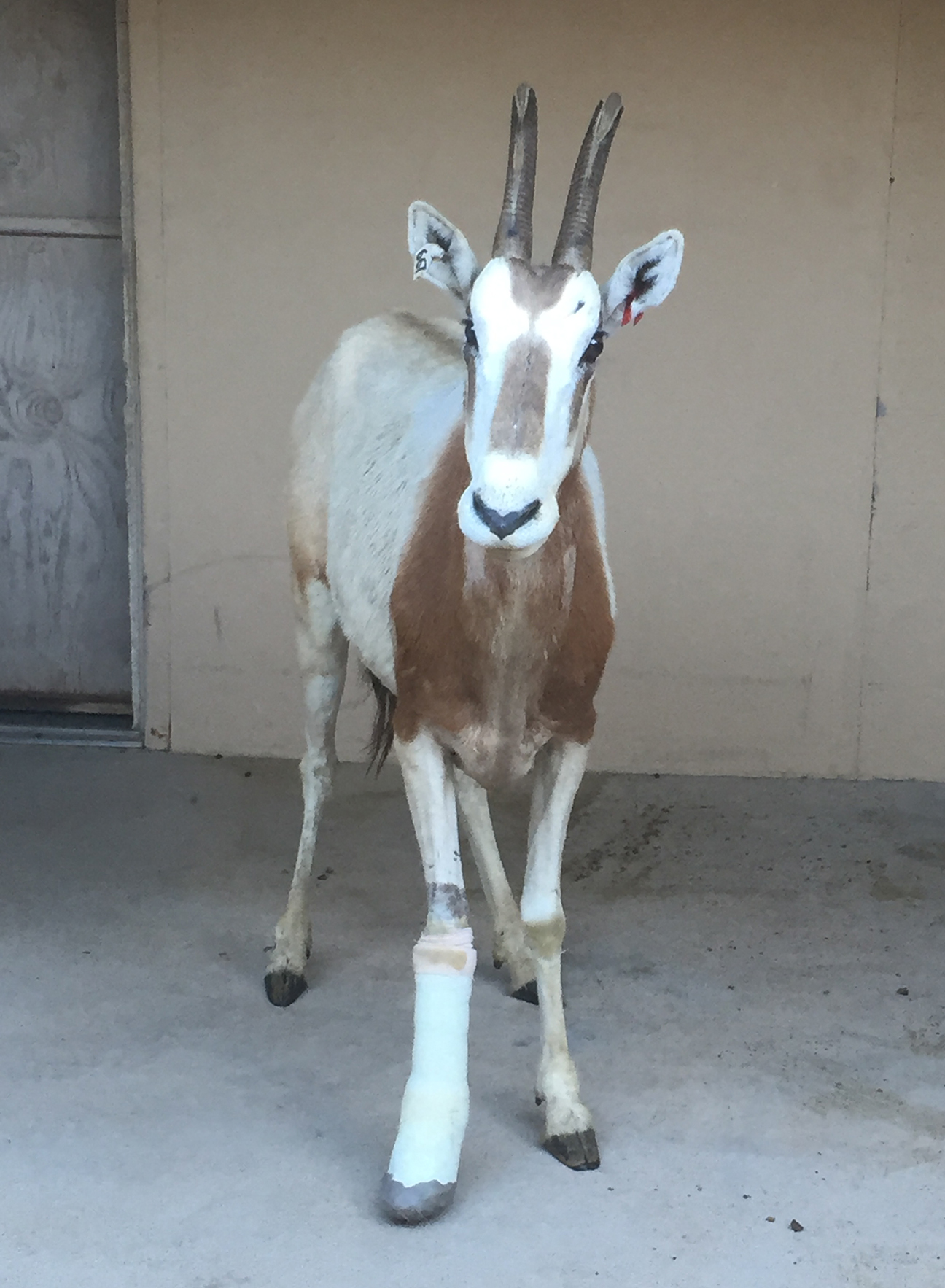 After Fossil Rim Wildlife Center’s scimitar-horned oryx breeding male suffered a significant injury and his future was in jeopardy, Director of Animal Health Dr. Holly Haefele explains how he was able to travel the road to recovery. 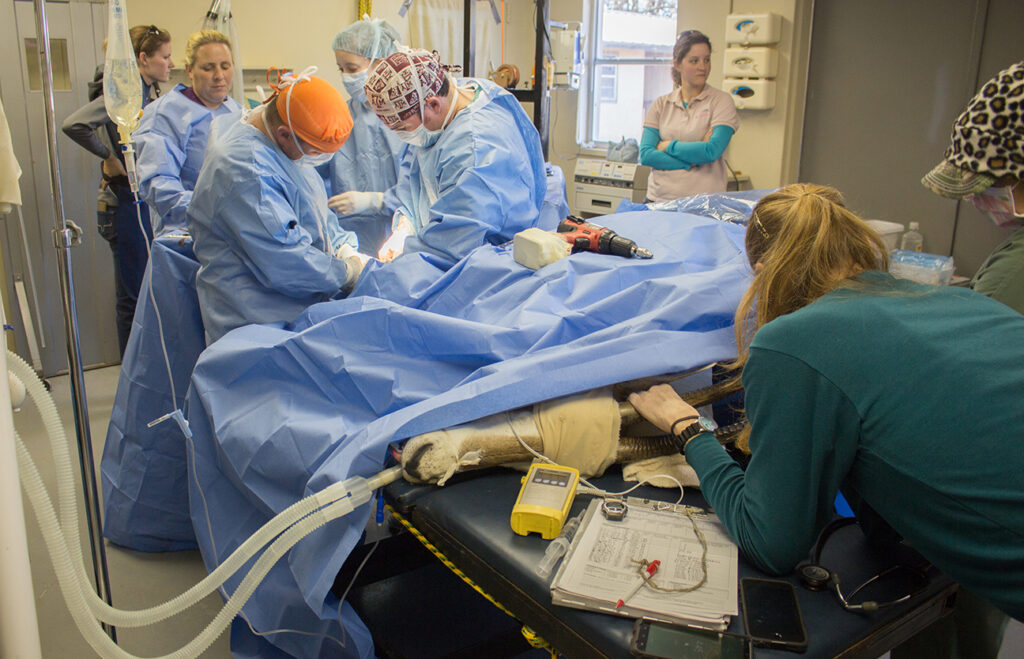 “Two years after arriving at Fossil Rim from another conservation center, ‘Dandy’ broke his leg. He had traveled 1,400 miles to breed with Fossil Rim’s scimitar-horned oryx females and was a good match to maintain genetic diversity in the captive population managed by AZA (Association of Zoos & Aquariums). Since the previous breeding bull was still on the scene, Dandy didn’t go directly with the herd and was patiently waiting his turn. 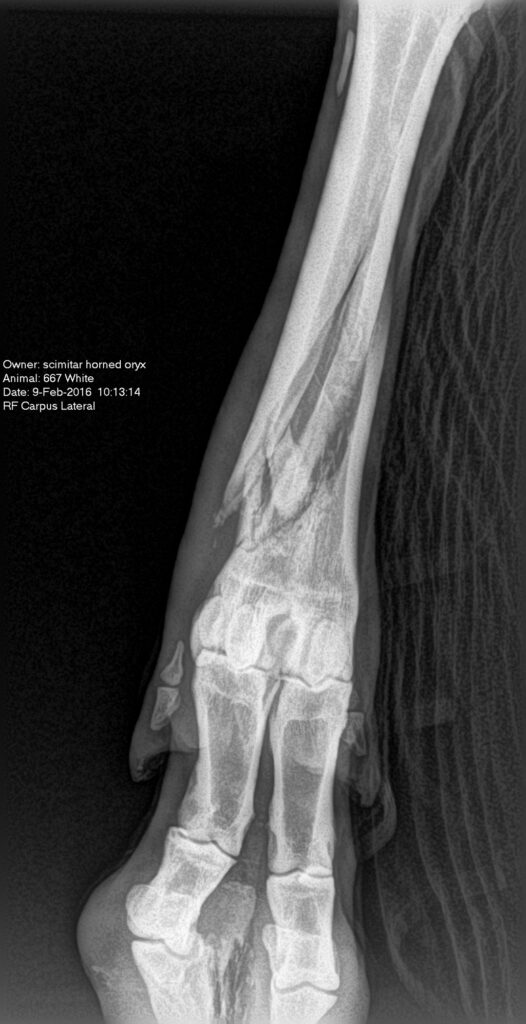 Finally, after almost two years, he got his chance. Dandy was moved into the Front Pasture with 13 females and spent three months doing his best at his new job. Then, he broke his leg.

Fossil Rim vets promptly darted him for anesthesia and brought him to the hospital for radiographs. The fracture was severe and in multiple pieces, but fortunately the skin was still closed. The prognosis is much worse if the skin is open because of the likelihood of infection.

It was clear, however, that a surgeon was needed to attempt fixation of this fracture. Fossil Rim veterinarians are lucky to have a great resource in nearby Weatherford – highly skilled equine surgeons that love to work on Fossil Rim’s interesting animals.

Dr. Ty Tipton was eager to help, but could only come out the next day. In the meantime, a sturdy cast was placed to maintain the fracture overnight. The next day, Dr. Tipton arrived with his team and the fixation was attempted.

The repair was very challenging because of the multiple bone pieces, but eventually the surgeon deftly placed seven screws into a large metal fixation plate to hold everything in place. Dandy still needed to be casted to help support the repair.

The cast was replaced several times before complete healing took place, and he was able to return to his herd to continue breeding three months after he broke his leg. Dr. Tipton’s repair is noteworthy, because if the leg couldn’t be fixed, Dandy likely would have been euthanized. Instead, several of his offspring have joined the ‘world herd’ in Abu Dhabi, from which scimitar have been released into the wild in Chad as part of the species reintroduction that began in 2016.”