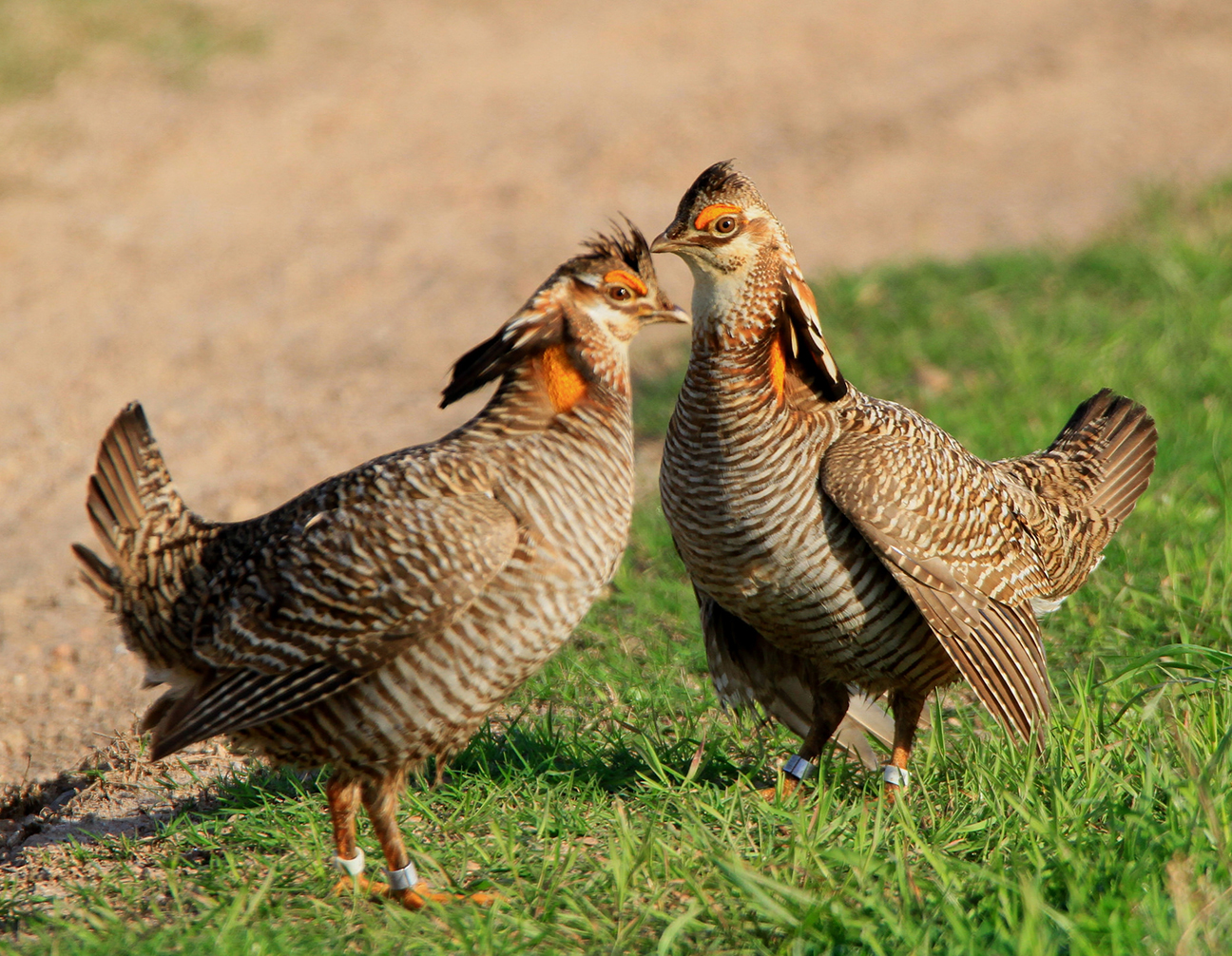 With shipments of endangered Attwater’s prairie chickens (APCs) from Fossil Rim Wildlife Center, Houston Zoo and Caldwell Zoo headed to the Attwater Prairie Chicken National Wildlife Refuge (65 miles west of Houston) in July and August, U.S. Fish and Wildlife Service Biologist Dr. Mike Morrow has reason to believe 2018 can be a bounce-back year for the species. While flooding events devastated the refuge population in 2016 and 2017, Morrow discussed why he thinks good news is on the way.

“This looks like a record year for production, or close to it. Houston and Fossil Rim produced similar numbers (including a Fossil Rim record of 544 eggs); I have 563 birds on the release list. I expect 500-plus APCs to be released.

It’s a good year to have this strong production, especially coming off the bad year due to (Hurricane) Harvey. Hopefully we can start to rebuild the population. If we can get through 2018 without a major flooding event on the refuge, it would be huge for the species.

I think, after years of research, we finally understand that fire ants were reducing the insect population and thus the food source for the young released birds. We started treating more areas for fire ants, but such bad breaks with the weather over the last couple of years still meant major adversity. The data we’ve collected so far indicates we are on the right track and, if we catch some breaks in the weather, we should make progress pretty quickly.

As far as the current condition of the refuge, the vegetation looks better than I’ve seen it in a long time. We’ve gotten some very timely rain, but not heavy flooding. So far, so good.

In addition to the impacts of the flooding, it was pretty obvious we’ve had predators that have learned hanging around (the acclimation pens) after a bird release was an easy meal. The birds being equipped with radio transmitters enabled us to figure that out.

There’s no steering (the predators) away, so you have to remove those animals. We work with wildlife services, and they have relocated over 30 coyotes from the refuge in the past year.

Considering all of this, I’m going to be pretty disappointed if we don’t get reasonably good survival this year.”