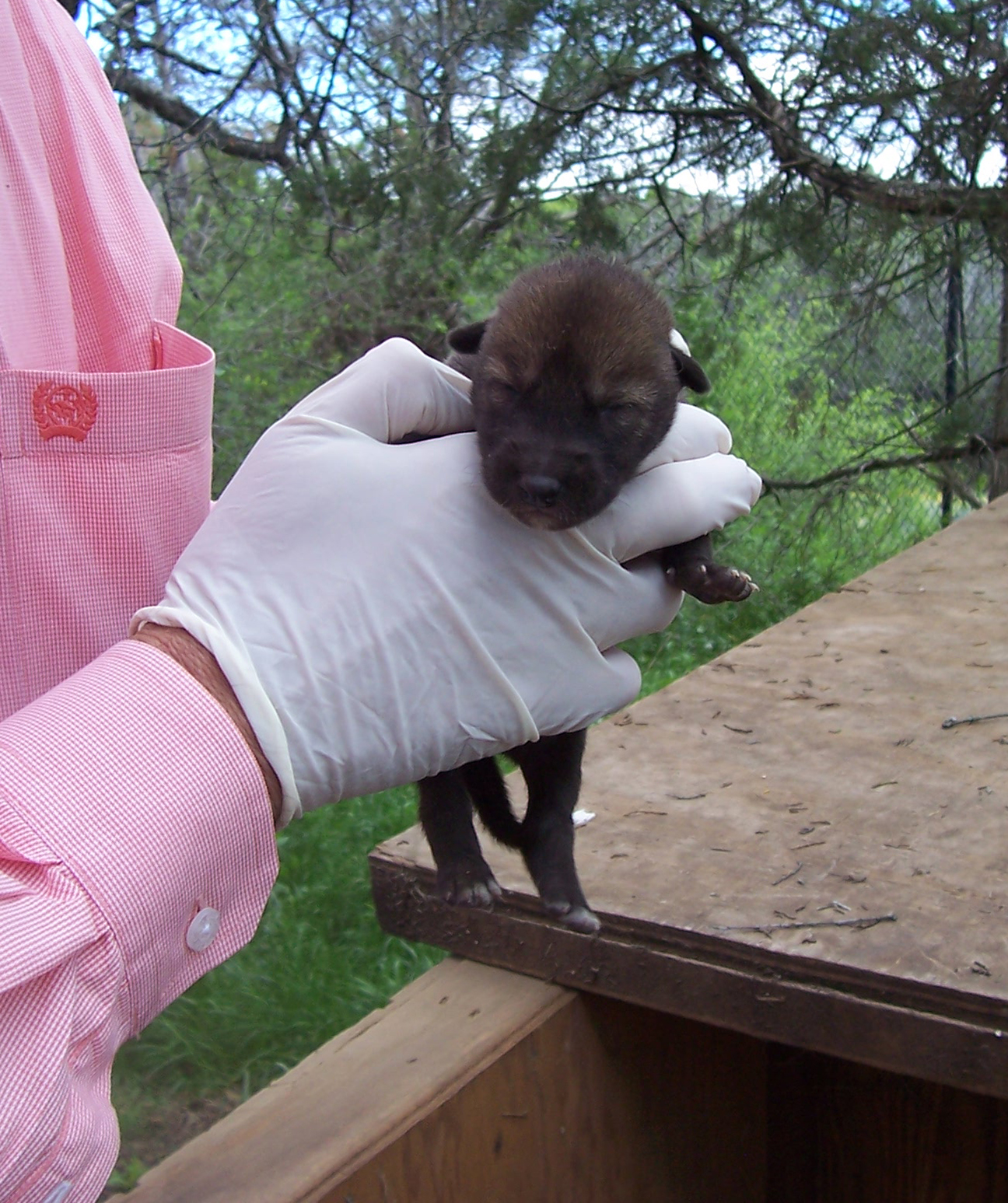 Fossil Rim Carnivore Curator Jason Ahistus comments on the adversity the American red wolf faces and how the wildlife center has been involved.

“The American red wolf once flourished from Central Texas to Pennsylvania and throughout the Southeastern United States, but was eradicated from its historical range by the 1970s through hunting, poisoning, trapping, and loss of habitat. The red wolf was listed as ‘endangered’ under the Endangered Species Act of 1973. Soon thereafter, the Red Wolf Recovery Program was created.

Captive breeding proved to be successful, and the population became large enough to start a release component back into the red wolf’s historical range. In 1987, the U.S. Fish and Wildlife Service (USFWS) reintroduced the species into the wild and the first eight red wolves were released at the Alligator River National Wildlife Refuge in Eastern North Carolina. Fossil Rim recognized the need to help save this species and joined the recovery efforts in 1989, becoming a member of the American Red Wolf Species Survival Plan (SSP).

The red wolves at Fossil Rim are located in our Intensive Management Area (IMA) where there is very little human interference from staff and visitors, allowing the wolves to live in a natural setting. Our hands-off approach has enabled Fossil Rim to be successful in managing this species. To date, Fossil Rim has managed more than 65 American red wolves and produced 31 pups.

Recovery efforts continue today and, at the height of the program’s success in 2006, there were more than 120 American red wolves in the wild. However, due to consistent mismanagement of the recovery program by USFWS, political barriers, and a lack of education about the species and its role in the ecosystem, the current wild population is down to approximately 25 individuals. Despite this rapid decline, it is not too late to help save the red wolf.

The American red wolf is the most critically endangered canid species and is in dire need of protection. Many organizations and animal facilities are extremely dedicated and passionate about saving this species, but the red wolf also needs the help and support of the general public and private landowners to survive. The American Red Wolf SSP has a population of approximately 240 wolves at 43 facilities with a goal to expand the captive population to more than 300 individuals to support USFWS recovery goals.

The current recovery area in North Carolina faces many challenges, but we hope to continue to utilize that release area and identify new release sites that will help save this species. The red wolf is truly ‘American’ and is only found in the United States. There should be a sense of pride for all of us to put forth a concerted effort to help save this American icon from extinction before it’s too late.”

The red wolf is the only carnivore that is solely indigenous to the U.S. Although they are wary of people, Fossil Rim’s red wolves can potentially be seen on a Behind-the-Scenes Tour.