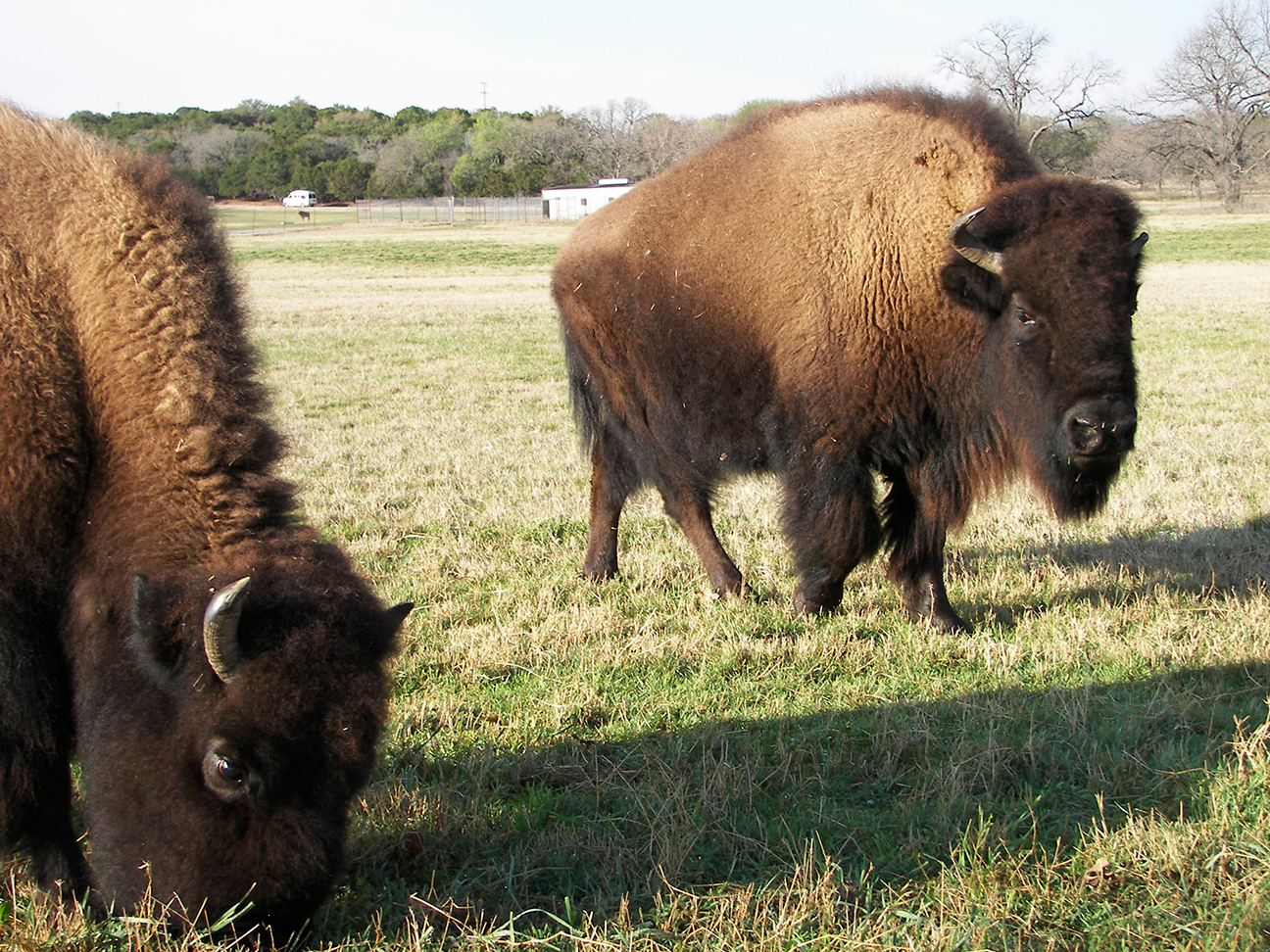 The two veterinarians at Fossil Rim Wildlife Center care for approximately 1,100 animals, and many of those species require a lot of time and attention. This does not apply, however, to the four American bison which live to the right of the Front Gate. They are fed natural-protein range cubes just like cattle, as well as coastal hay, plus whatever they graze on their 10 acres. More food is provided in the winter. We enjoy having the National Mammal on property, as they help people learn the difference between bison and buffaloes. Dr. Holly Haefele discusses a few of the times the bison did need medical assistance:

“Our bison collection is small with four animals – a castrated male and three females. They are older animals; the male is 25 and has lost some body condition over time.

We don’t do a lot with those animals. We feed them high-quality food and they seem pretty happy in their pasture.

Over the years, there have been a few procedures done, mainly to address lameness. A number of years ago, a female had an eye problem – a (grass) burr got stuck underneath her eyelid and rubbed on the cornea.

That’s a big animal, and one we don’t immobilize often. It’s a bigger production than most procedures. Bison are obviously difficult to move, but the immobilizations go well when we do them.

The last time, we made a ring of vehicles around where we were working, because you don’t want bison sneaking up on you and trying to see what is going on. Our exotic antelope aren’t curious and tend to just disperse when you are working (on one of them) in a field, but bison are similar to giraffes in terms of that curiosity during a medical procedure.

I think a lot of what you learn about cattle biology translates to bison for sure. A lot of people raise bison just as they would raise cattle.”