APC population is not a simple answer 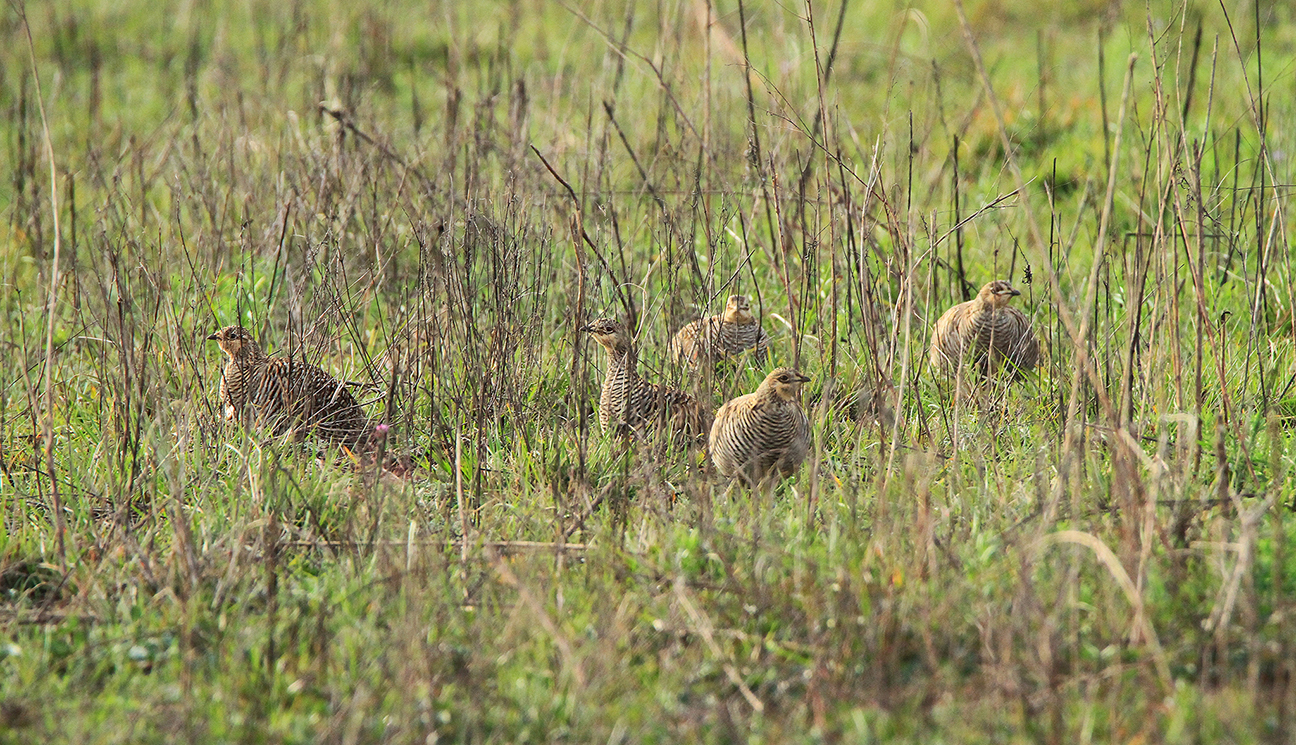 When people walk into the Attwater Prairie Chicken National Wildlife Refuge Headquarters and Visitor Center, they nearly always seem to be looking for an exact number regarding the endangered Attwater’s prairie chicken (APC) wild population. As Acting Refuge Manager John Magera explains, it just is not that simple.

“It’s challenging to tell the story of Attwater’s. It’s human nature that we want to know numbers; people walk into our office and want a daily update of how many APCs we have here. It’s almost impossible to count prairie chickens, because they are grass-colored birds hiding in 10,000 acres of grass.

We have estimates based on breeding ground surveys. The numbers that we publish for the population are based on the springtime booming ground counts. That is typically the low number for the year.

These birds produce a lot of offspring – 10-15 eggs – and they have a high mortality rate. An APC can live about eight years in the wild, but the average lifespan is about two years. An APC released from a breeding center has an annual survival rate of roughly 25 percent.

By the fall of 2016, there might be 2-3 times as many birds on the refuge as what we counted during the spring. We aren’t dealing with rhinos, or even whooping cranes, so the number actually changes almost daily. It would also be misleading to say all of the APCs on the refuge are staying within the boundaries of our acreage.

In terms of the all-time high population on the refuge, we don’t really know what that figure peaked at. We don’t have any survey data from when the refuge was established in 1972. It was an educated guess at best.

I can say the population basically bottomed out in the early 1990s, and it has been going up since the captive breeding program was established in 1992. We might’ve only had 30 birds in world at that time.

Flooding in April 2016 and then Hurricane Harvey in August 2017 – those two events definitely hit us pretty hard. In the spring of 2018, we counted 12 APCs on the refuge during the breeding ground survey and also 14 on the private land in Goliad County where birds are released for a total count of 26. You have the wild flock and the captive flock – at Fossil Rim Wildlife Center, Houston Zoo and Caldwell Zoo – and so much change in the number that people want to know during the year.”

2 thoughts on “APC population is not a simple answer”