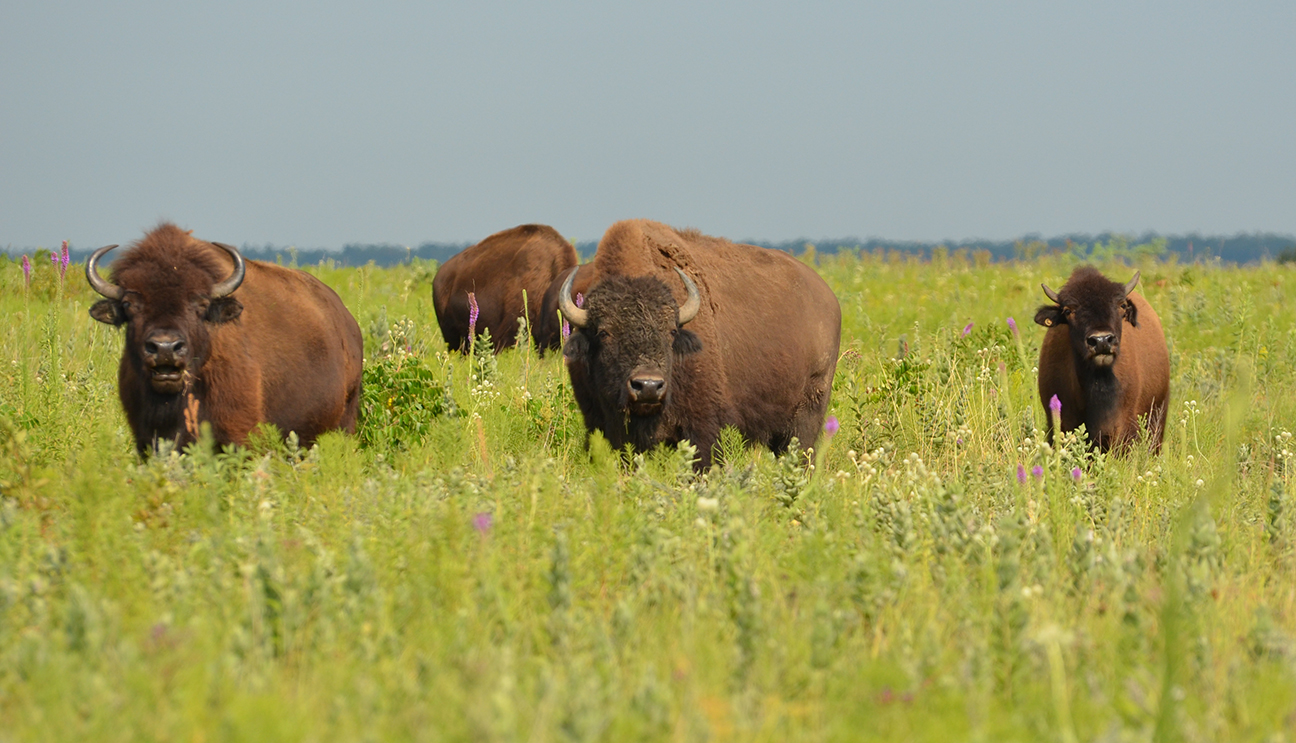 July is National Bison Month, and we are highlighting American bison plus Attwater’s prairie chickens (APCs) this month. Fossil Rim used to breed bison and send them to the APC National Wildlife Refuge. Interestingly enough, one of our largest animal species has always been very beneficial to the life of one of our smallest animals, at least when they coexisted in the wild. Learn why bison – and more often cattle in modern times – play a crucial role affecting many Texas coastal prairie species, including APCs, from Acting Refuge Manager John Magera: 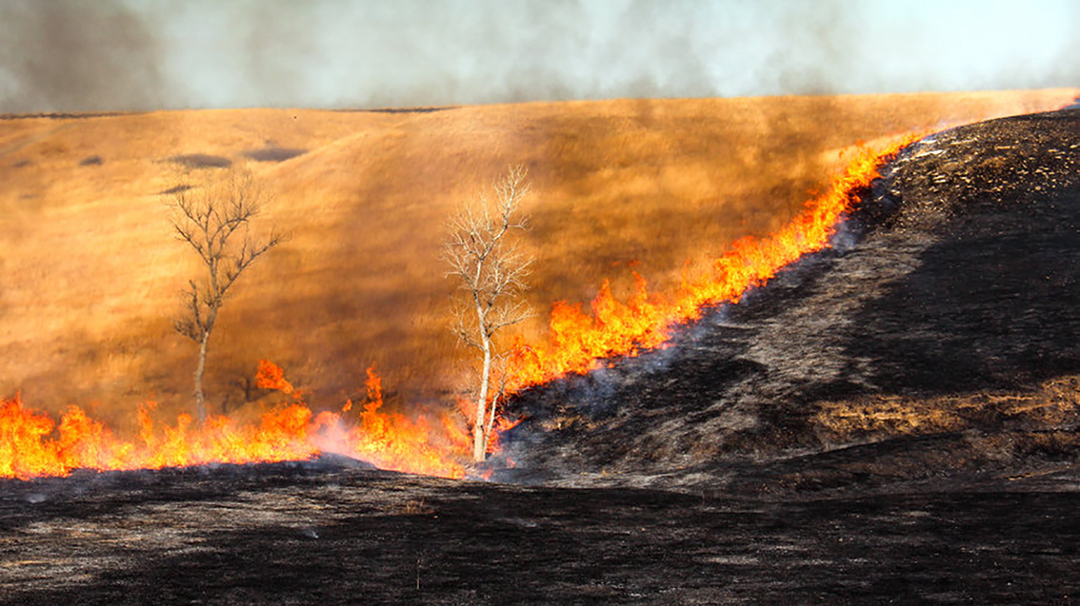 “When you start thinking about the way these prairies evolved and look to the past – the two predominant natural forces were fire and grazing animals like bison. The plant species we have here today were all well-adapted to handling fire and bison. If you remove either one of those components, you’ll significantly change the character of your prairie and immediately begin to lose species.

The way fire and bison work together actually makes a lot of sense. Historically, these prairies were vast grasslands. If a fire started and the conditions were right, the fire might burn for miles. You would have this large swath of burned areas on the prairie that immediately start growing once again. That will be the most succulent and nutritious forage that bison and other grazing animals can feed on. Within a region, most bison would’ve followed fire and grazed on those areas that were most recently burned.

That ash is a fertilizer, plus the bison till the soil naturally with their hooves, and they suppress those perennial native grasses by grazing them. The bison walking on the ash makes for a perfect seedbed. That allows the annual plants that have to germinate from seed to gain a foothold. Without fire or bison, it disrupts the whole cycle. Fire is a major tool we use on the refuge. It is done to mimic the historic use of fire throughout this area from Native Americans, as well as Mother Nature with lightning strikes.

We try to burn an area of the (10,541-acre) refuge every four years, so that each portion gets burned once during that span. That amounts to about 2,500 acres of prescribed burning per year. As for the cows currently on the refuge, we don’t own them. We lease out the grazing rights to a rancher, and he takes care of them. He understands exactly why his cattle are here, so he’s easy to work with. They serve the same purpose as what bison did historically. Cows keep the grasses from becoming too thick, which can be an issue for APCs, especially in wet years. Cattle trails are used by APC chicks to maneuver. The key is to find the right amount of grazing, and overgrazing usually isn’t an issue as long as we are getting rain.”