Watching APC booming in the wild 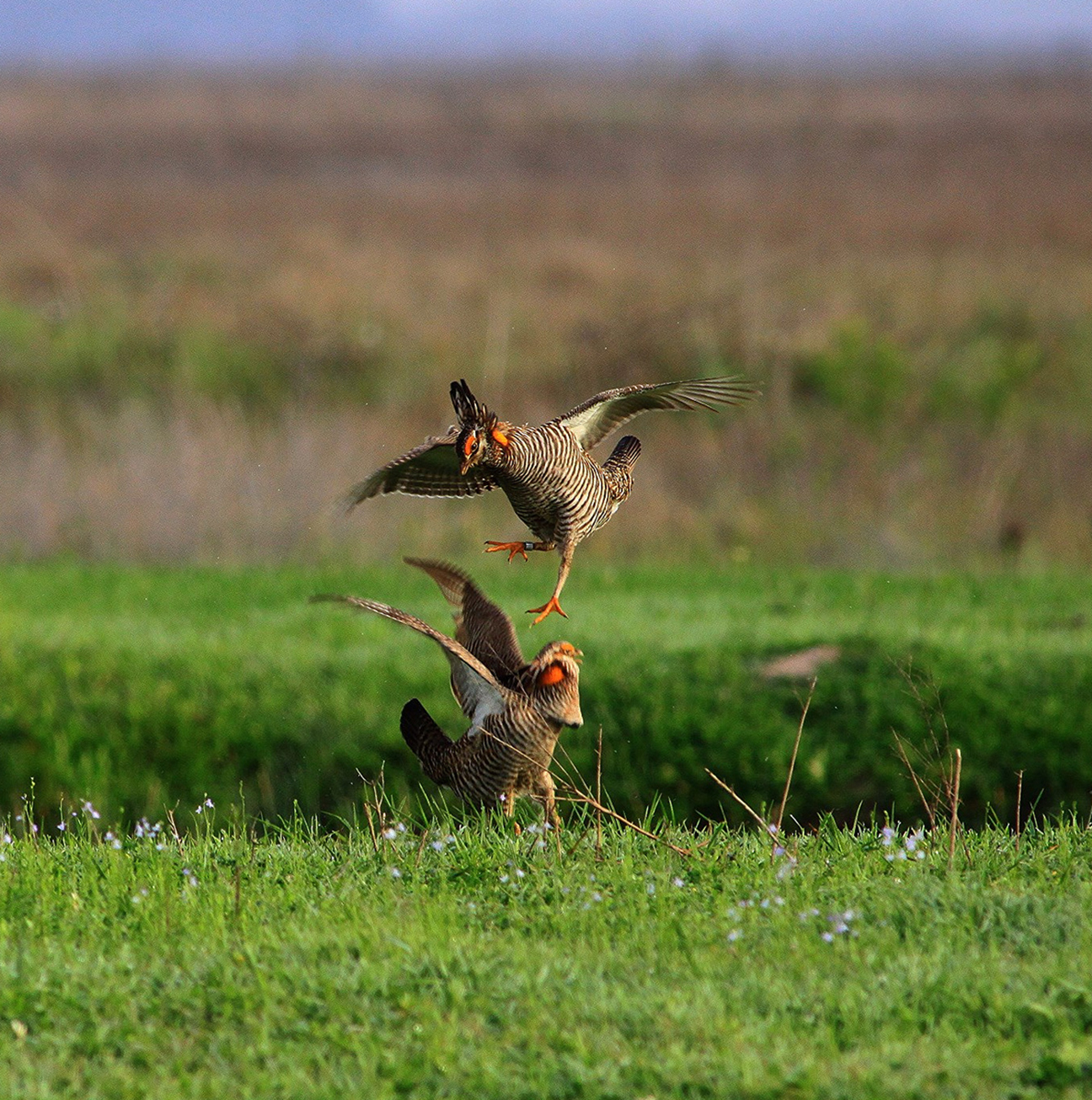 “I’m fortunate to have seen the prairie chicken males boom quite a bit. We do booming ground (bird) counts, and I’ve also taken visitors out to watch or film the booming.

They inflate the air sacks on the sides of their neck, hold their tail erect, and their eye combs and long tufts of the sides of their neck raise up as they bob up and down, stomp the ground and emit loud booming noises. The males are defending an area of territory, and that’s part of the mate selection process for the females, who move into the booming ground to observe.

They look over the males and choose the one they see as the most fit. It appears there are certain positions on the booming ground that are preferable. As he tries to defend that particular position, which you will see dominant males do while subordinate males try to come in and challenge that position, that’s when you see some of the fighting. They might pull feathers off of each other or reach with their feet trying to strike.

It can get pretty animated at times, but I haven’t seen any physical injuries as a result. It’s mostly bluffing so the males can establish their position. We see this behavior as early as late January on warm days, but more regularly from mid-February to mid-April until hens are no longer present.”