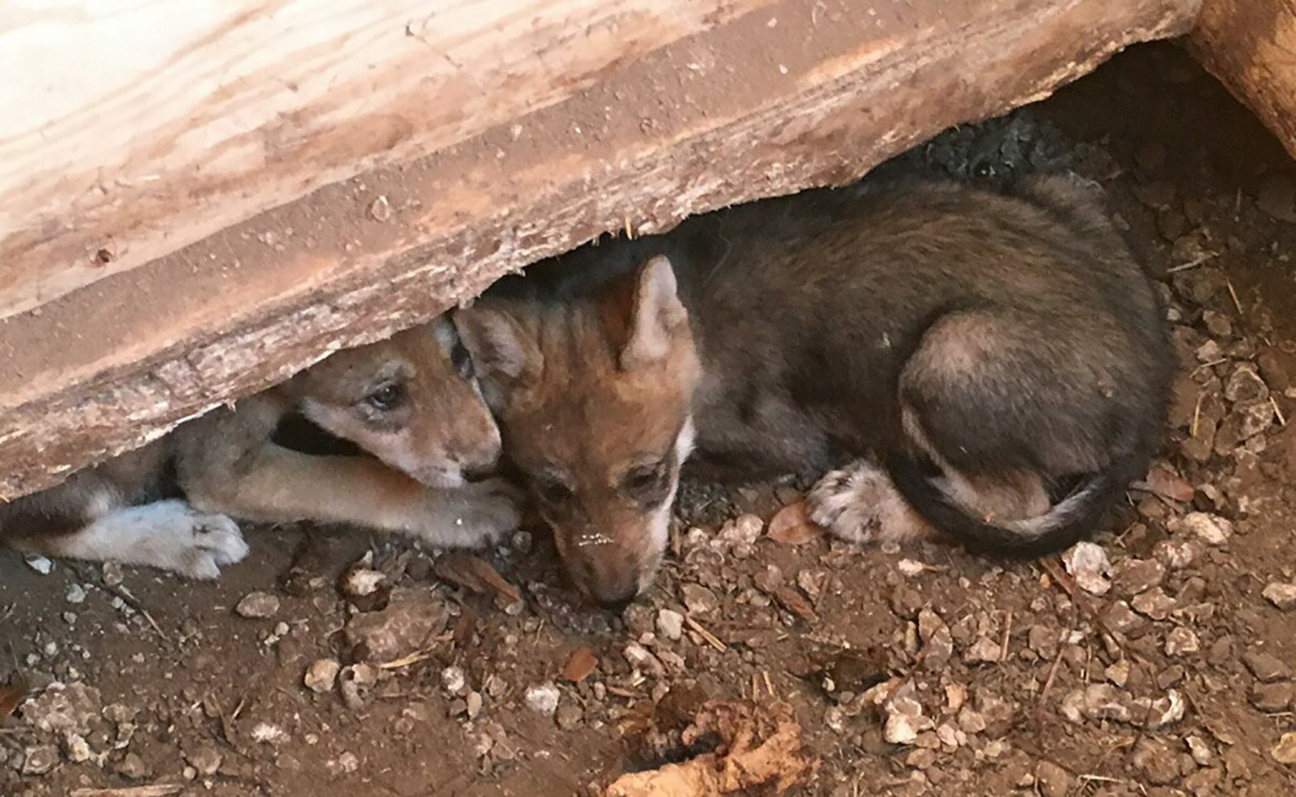 We are excited to announce the birth of a litter of Mexican gray wolf pups!

The pups were born on April 19 to parents “Javi” and “Francina”. This is the first surviving litter the pair has produced together. Javi and Francina are being very protective, attentive parents.

The litter consists of two pups, a male named “Miguel” and a female named “Margarita”. In late May, the pups received their six-week exams, which includes a quick physical examination, vaccinations, deworming, documenting pup weights, and installing a subcutaneous microchip.

Fossil Rim added Mexican gray wolves to our animal collection in 1990 and has primarily been a holding facility for the Mexican Gray Wolf SSP (Species Survival Plan) over the years. This is only the fourth litter born at Fossil Rim in that timeframe, and we hope to increase that figure moving forward.

The Mexican gray wolf is one of the most endangered carnivores in the world with only about 110 left in the wild. Fossil Rim is one of 55 facilities involved in the Mexican Gray Wolf SSP, which has a total captive population of approximately 280 wolves.

The Mexican gray wolf family is currently off-limits to guests to give the parents and pups time to bond and explore their surroundings, but we will be opening the area back up to Behind-the-Scenes Tours in the near future.