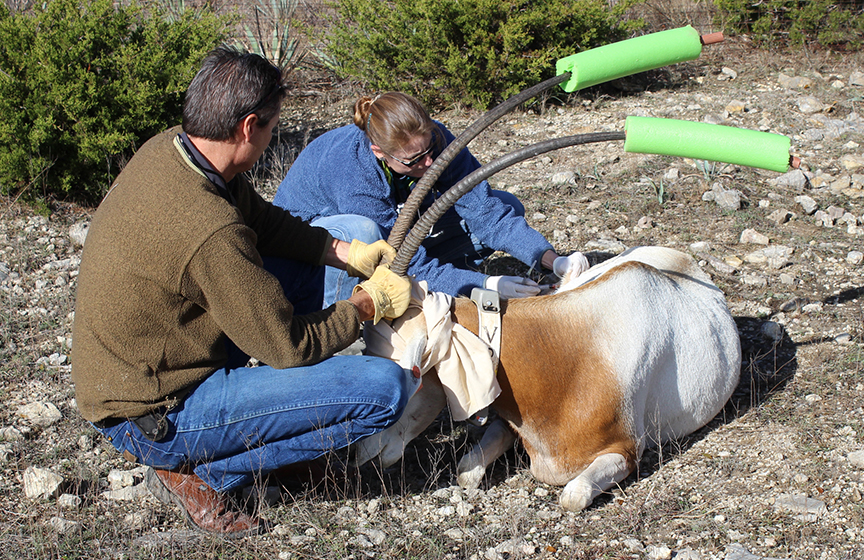 Fossil Rim Wildlife Center Hoofstock Curator Adam Eyres has respected and worked with White Oak Conservation for a long time, so when an intriguing opportunity materialized he could not pass it up.

The Florida-based organization has chosen Eyres as the inaugural selection for its new Antelope Conservation Fellowship program.

“White Oak brought the idea of this fellowship to me in January 2017,” Eyres said. “White Oak wants to rejuvenate their field conservation work, and wants to expand their capacity through this fellowship program. They want to work with someone they know well and who has experience in the Sahelo-Saharan region. The fellowship will also provide training and experience that will benefit the fellow and the institution he or she comes from.”

The Antelope Conservation Fellowship is intended to create and expand opportunities for conservation of critically endangered arid-land antelope. White Oak will focus on projects in North Africa, working with the Sahara Conservation Fund (SCF) for addax, scimitar-horned oryx, slender-horned gazelle and dama gazelle. 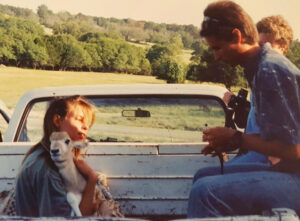 Eyres will be traveling to Chad to interface with the Environment Agency – Abu Dhabi (EAD) and SCF in support of antelope reintroductions. He will report on the project during professional meetings, including the Sahelo-Saharan Interest Group (SSIG), Association of Zoos and Aquariums (AZA), meetings at White Oak, Fossil Rim and others.

“I think this first fellowship was specifically designed with me in mind,” Eyres said. “White Oak is very interested in dama gazelle work, and they know addax work is right around the corner. They don’t have addax, but want to get their foot in the door (with SCF) so that when the dama project comes up, they are already aligned. Also, they know me very well, and we should be able to make the necessary adjustments to improve future fellowships.”

“John Lukas was the founding White Oak Executive Director, and he was also a consultant at Fossil Rim and on the board of directors at one time,” Eyres said. “Our maned wolf exhibits, giraffe yard and other aspects look similar to those areas at White Oak, and both facilities work with white and black rhinos among other similarities. I’m definitely proud to be associated with White Oak, and I’ve been working with them in some capacity for decades, so the relationship has always been there.”

“We are very excited to have Adam as our inaugural Conservation Fellow,” said Brandon Speeg, Director of Conservation at White Oak. “We have a long relationship with Fossil Rim and have partnered on many projects to advance species conservation. This fellowship will help build our conservation capacity and impact in the Sahelo-Saharan region, and give Adam additional training and experience that will benefit his conservation work in the future.”

“At the end of two years, we want to be able to quantify what we have accomplished,” Eyres said. “Hopefully, every two years they’ll have a new fellow. The next person might be very involved with bongo, okapi, cheetah or some other species. We want to have a template and lay the groundwork for all future fellowships.”

On staff at Fossil Rim since 1989, Eyres has provided and managed the daily care of nearly 1,000 animals from 23 species of semi-free-ranging hooved mammals. He has been involved in numerous national and international conservation programs, including the reintroduction of scimitar-horned oryx to Chad.

Eyres serves as the White Rhino Species Survival Plan (SSP) Coordinator; Vice Chair of Aridland Antelope, Gazelle and Pronghorn for the Antelope and Giraffe Taxon Advisory Group (TAG); Rhino TAG Chair; member of the Species Survival Commission of the International Union for the Conservation of Nature (antelope); and is on the executive committee of the Source Population Alliance.

Even with his plate quite full professionally, Eyres is still just as invested in Fossil Rim’s mission as he has always been.

“I have full confidence in my hoofstock staff if I am away from Fossil Rim more often,” he said. “They are already stepping up due to some of the other things I’ve been doing. My plan is to put in more hours of my day working, but to keep my Fossil Rim hours the same; I’ll put in the time for White Oak during my mornings and evenings. There is going to be a travel increase, yet our staff is already prepared for that.”

One of the interesting aspects of the fellowship is that Eyres will sometimes represent Fossil Rim and White Oak simultaneously. “Most of the people I will be interacting with in this capacity already know me,” he said. “Technically, I’ll be representing both institutions.”

As he gets ready for what awaits over the next two years, Eyres is excited to meet the challenge.

“This is a great idea, he said. “I think other institutions will see the value in these fellowships.”

White Oak Foundation is a not-for-profit organization based from their facility in Northeast Florida. For more information, visit whiteoakwildlife.org.