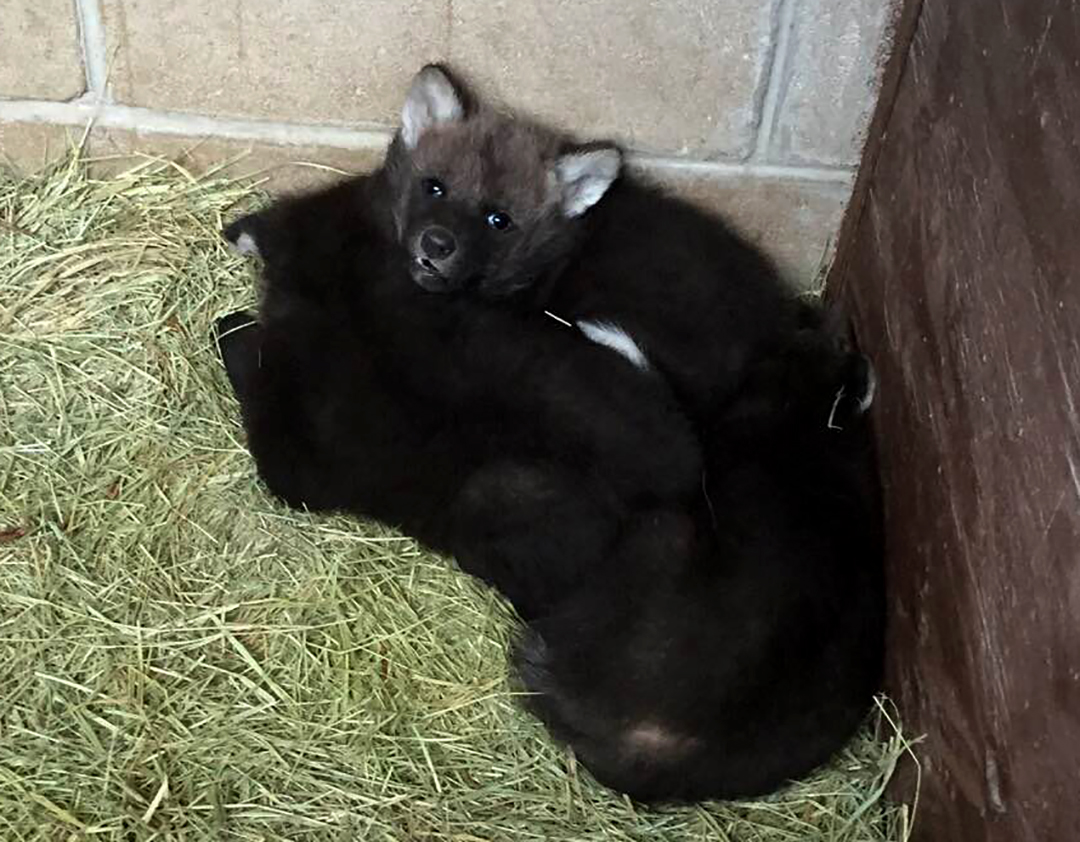 Fossil Rim Wildlife Center would like to proudly announce the birth of three maned wolf pups!

Female pups “Jessie” and “Jordan”, along with male pup “Francisco”, were born Jan. 17 to parents “Sofia” and “Vinny”. The parents have been taking great care of the fat and happy trio so far, and the pups are growing daily.

The mother, Sofia, is four years old and was brought to Fossil Rim from the Abilene Zoo in 2015. She is one of the most genetically valuable maned wolves in the SSP (Species Survival Plan) population, so it was very important that her pregnancy and the birth of her pups went well. Even though she lost her first litter in February 2017, Sofia showed great maternal instincts, so the carnivore staff was very hopeful for better results this year.

Vinny is nine years old and was transported to Fossil Rim this year from the Woodland Park Zoo based off a SSP recommendation. He got along well with Sofia from the start, and has being doing a great job as a first-time dad.

Maned wolf pups are born all-black with white-tipped tails, but will start developing their adult orange-red coloration by 10 weeks old. A pup’s eyes open up at 10 days old, and by 21-23 days they are able to walk around and start playing with each other.

As the pups grow and begin to eat solid food, both of their parents will regurgitate partially digested food for them and continue to do so until the pups are up to 10 months old. Pups are fully weaned at four months old.

With the addition of this litter, Fossil Rim has had a total of 44 maned wolves born since 1990. Fossil Rim guests will get the opportunity to see this new family on Behind-the-Scenes Tour in March!