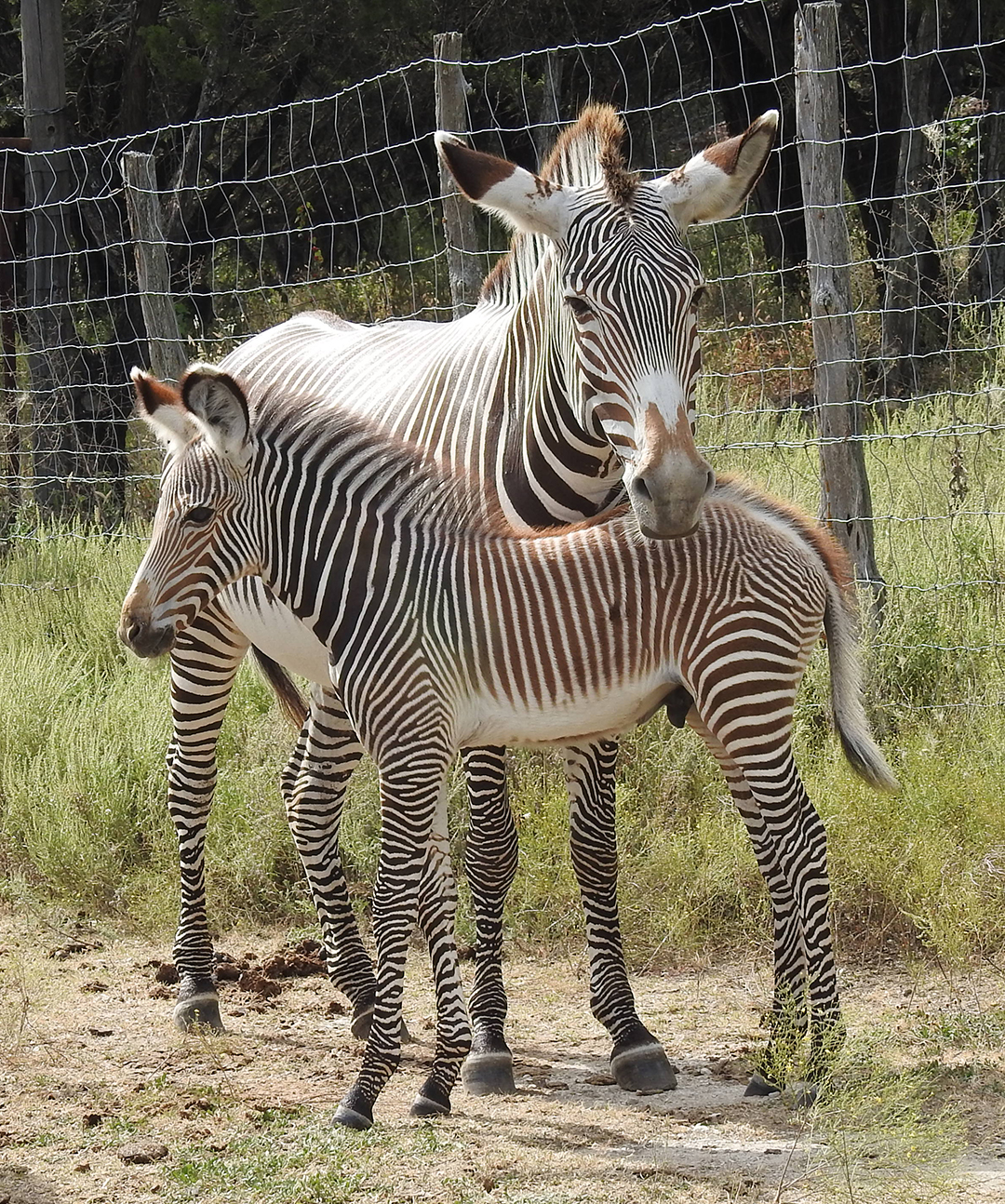 An endangered zebra species, the Grevy’s live behind our vet clinic, as opposed to in a primary pasture where they can be seen on a normal tour.

One of the foals was born to “Daktari” in mid-August. He has a lighter-brown nose like his mother, and he took an early interest in feed pellets.

“He is a feisty little fella who will now push some of the adults off their pellet bowls to get more for him,” said Becca McLachlan, animal care specialist-hoofstock who frequently cares for the Grevy’s herd. “He is usually very close to his mother, and gets along well with the other foal.”

The younger foal was born to “Pearl” in early September. He has a darker-brown nose like his mother. This foal is shyer and more timid, usually trailing just slightly behind the herd.

“He likes to hang out with Daktari and her foal, as well as his mother,” McLachlan said. “He will still only eat pellets that were spilled outside the bowl; he has yet to eat out of the bowl directly.”

Grevy’s zebras can only be seen on an Adventure Tour, which lets the guest select the animals they would like to focus on. Grevy’s are more aggressive than our Hartmann’s mountain zebras, and also rarer. We know guests would love to see them more often, but the primary goal is definitely increasing the population of the species.