Hagar cherishes chance to help out 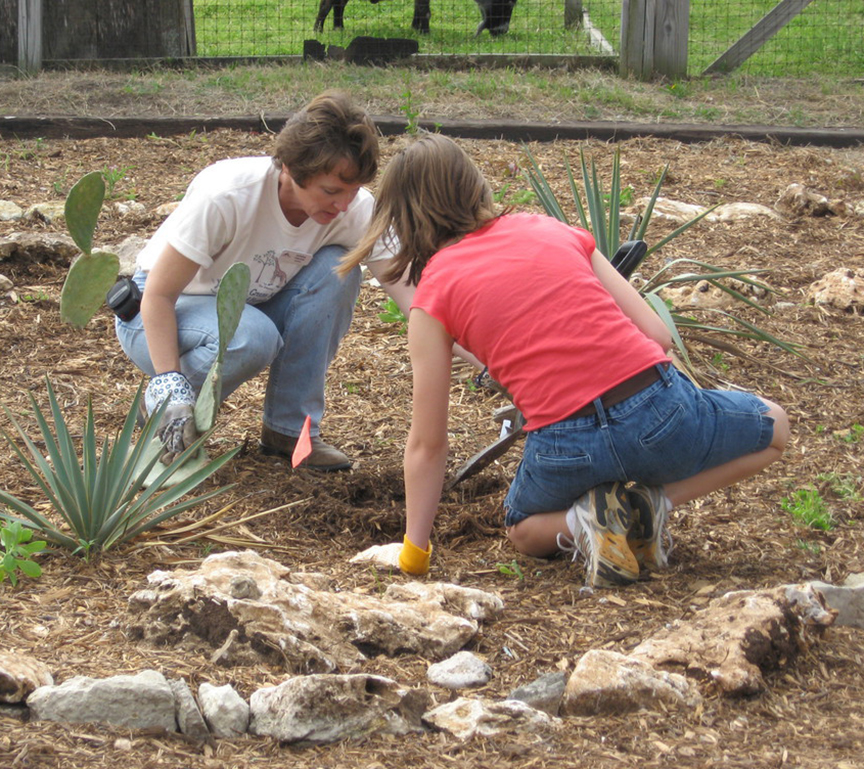 Donna Hagar definitely does not take the opportunity to be a volunteer at Fossil Rim Wildlife Center for granted.

She has been lending a hand at the facility in a number of ways since 2006, but still carries the same enthusiasm.

“When we have our annual volunteer banquet, I know it’s a time for volunteers to be recognized, but to me I want to thank Fossil Rim for letting me be a part of it,” Hagar said. “From (Executive Director) Dr. (Pat) Condy on down, many (staffers) know who I am and that in itself is an honor.”

Hagar, who lives in rural Somervell County – the county where Fossil Rim is located, recalls her beginnings as a volunteer.

“My daughter had worked there a few months earlier (in 2006), and I always thought I’d volunteer after we moved to the area in 2005,” she said. “I’d gotten to know some people at Fossil Rim during her employment there. Fossil Rim used to have a greenhouse out behind the Nature Store, and it had gotten in bad shape. I’m a Master Gardener, so I mentioned the idea of bringing the greenhouse back to life to (Director of Tourism) Donna (Steakley), and she loved the idea.

“It was a great way for me to start at Fossil Rim doing something I really enjoyed. We got the greenhouse going again, and it had a couple of good years after that.”

“The area around the Children’s Animal Center had begun to deteriorate, so I asked about trying to work on that,” she said. “I was paired up with Shirley Smith, who had been an employee there but was also a volunteer and avid gardener. We completely revamped the butterfly garden with the help of the local Master Gardeners. Those projects were my start at Fossil Rim.”

Hagar said that meeting a particular person, who now works in Fossil Rim’s IT department, led to her working on an extended project she cherished.

“Curt Decker heard about my interest in gardening and that I was a Master Naturalist,” Hagar said. “He brought Carol Lee, Shirley and me in to help him identify plants and do controlled burns for Ashe junipers. It was part of a C2S2 (Conservation Centers for Species Survival) grant program and we worked together once a week for three years.”

In fact, those years were the cat’s meow for her.

“I really did love working with Curt, Shirley and Carol on the C2S2 program, which we knew was a short-term program,” she said. “I miss our time as a group terribly. After the grant program ended, I turned my attention to more landscaping.”

There was even a moniker created for that trio of ladies.

“We were coined with the term ‘The Plant Ladies,’” Hagar said. “We redid some landscaping at places like The Lodge and the Front Gate. Some of those areas are high-maintenance, so it wasn’t easy work.

“We redid the triangle area in the parking lot at the Nature Store after the old Nature Store burned down. We put native plants in it and still maintain it.”

She did manage to keep working with Decker to some degree as the years went on.

“We worked with Curt and (COO) Kelley (Snodgrass) on land management,” she said. “We planted grass seed and helped with controlled burns in the Game Preserve (pasture), among other things.”

In 2015, she discovered a new venture at Fossil Rim.

“I decided to start driving a tour bus, and I absolutely love it,” she said. “Years ago, I didn’t think it was for me, but now I’m able to get out in the park and see the animals alongside the guests.”

As a tour guide with a couple of years under her belt, Hagar does have a couple of favorite species to see at Fossil Rim.

“The species I always get the most excited about seeing is the gemsbok,” she said. “I also really like the roan. They seem to get overlooked by some visitors, but I think they are majestic and you don’t always see them, so it’s a treat. I was there when they were first brought in.

“Even when I see (black-tailed) jackrabbits and other native animals thriving, I appreciate all of it.”

Hagar was asked what Fossil Rim’s mission means to her.

“Preserving the endangered animal species is an amazing challenge that Fossil Rim has taken on,” she said. “Being able to be a part of the family at Fossil Rim and watching how everyone who works there loves what they’re doing – I appreciate the opportunity to volunteer. It’s been awesome.

“When I see Sahara Conservation Fund and what they’re doing with the reintroduction of the scimitar-horned oryx, it’s so touching to know that (Fossil Rim), the place I love to be, is actually playing a key part in things like that. It’s humbling and an honor to be able to say I’m a volunteer at this place.”

North Texas Giving Day is approaching for nonprofits like Fossil Rim on Sept. 14, and Hagar shared her thoughts on why selecting Fossil Rim when the time comes would be a sound decision.

“Fossil Rim helps endangered species, and knowing that the donated money given to Fossil Rim stays there is key,” she said. “You don’t have to wonder about that; it’s either going to their food, veterinary care, transport or something else for the animals. To me, it says a lot to know your money will stay there.”

To learn more about this special occasion for Fossil Rim, check out https://northtexasgivingday.org/.

3 thoughts on “Hagar cherishes chance to help out”