Earth Day Texas is my kind of celebration 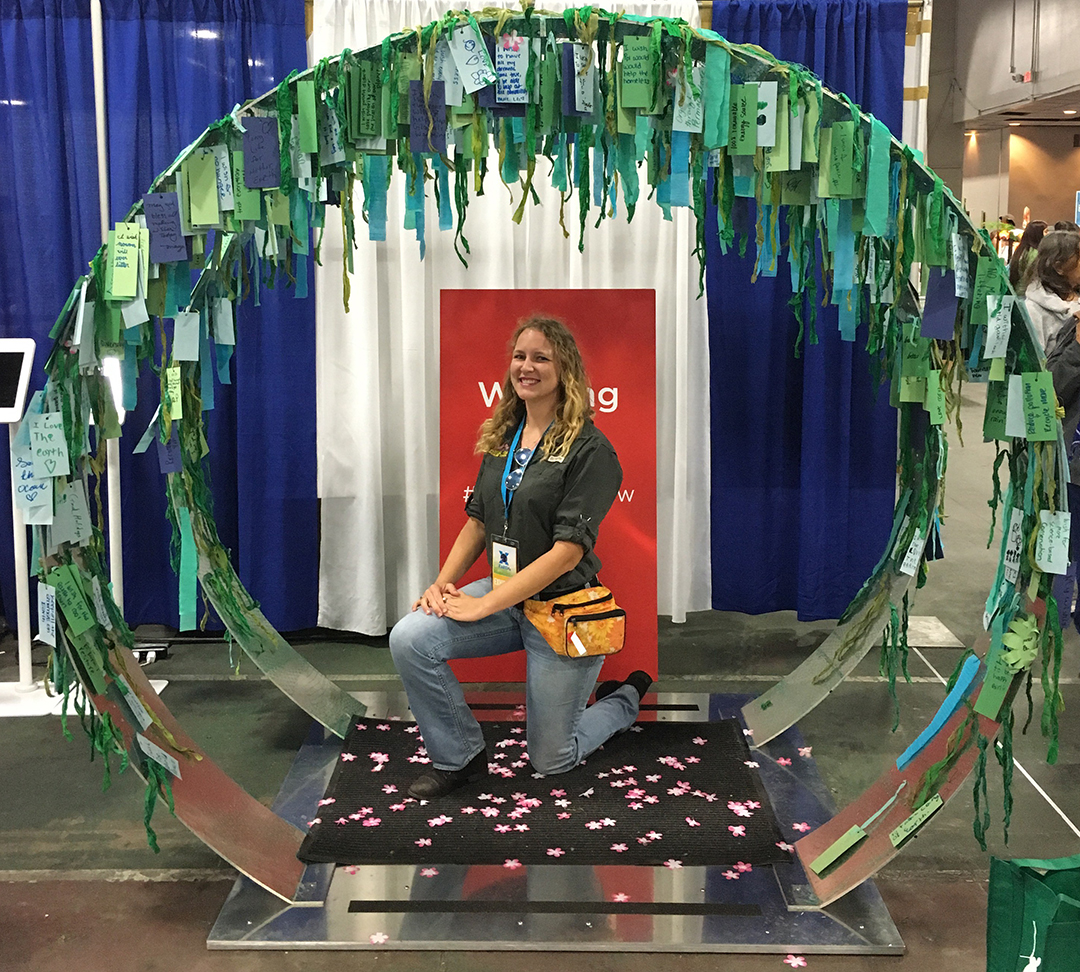 I am a longtime celebrator of Earth Day; I am also a believer that Earth Day should be celebrated every day. I like to think of the occasion as celebrating the Earth’s birthday, similar to how I like to celebrate my birthday one day a year. People don’t only think of me on my birthday, but when Aug. 10 comes around I throw a party and then people are definitely thinking of me on that day; at least I like to think they are!

I had the opportunity to celebrate Earth Day on April 22 in Dallas as part of Earth Day Texas. This is the largest annual environmental exhibition and programming initiative in the world. Earth Day Texas is held at historic Fair Park.

I was lucky enough to grow up in a home where the three R’s – Reduce, Reuse, Recycle – weren’t just a saying, but a way of life. Being Fossil Rim Wildlife Center’s Recycling and Waste Conversion Coordinator really is living the Green Dream of helping make the world a better place. Therefore, when I was given the opportunity to visit Earth Day Texas, I knew I was in for something special.

When I first walked into Fair Park, I was taken aback by the magnitude and energy of the venue. There were hundreds of people perusing the tents and booths. Some were wearing shirts with environmental puns, some were carrying tree saplings in their reusable bags, many were carrying either their reusable water bottles or the provided boxed water as opposed to plastic water bottles; everyone was excited to be there! There were exhibitors from all over sharing their knowledge, passion and helpful souvenirs, such as reusable bags, koozies made from recycled plastic or the previously mentioned saplings.

One of the most inspiring exhibit departments for me was the children’s section. There were schools and scouting troops from all over Texas in attendance presenting projects they had created or the awesome upcycling ideas they practiced. “Upcycling” is when you take a product and change its purpose and potentially how it looks, but you do not change it from its original state. I am in the midst of creating new programs for Fossil Rim’s Education Department centering on our positive and negative impacts on the environment and ways of practicing environmental stewardship, so this was a great resource to bring back to Fossil Rim.

One booth I spent a surprisingly long time at was the Crow Collection of Asian Art. They created a display called “The Wishing Tree.” On it were hundreds of “Wishes for the Earth” that were written and then hung up to create this entire canopy of hope. A few that I remember were “World Peace,” “Save the endangered species,” “Save our oceans,” “Balance between humans and nature,” “Preserve our rainforests,” “Getting kids involved in nature,” “Clean water” and so many more! Some wishes were pictures, while others were short poems, but they all came together for the greater good of wishing and planning for a better and healthier Earth.

Not only were there exhibitors in every corner of Fair Park, but there were talks being held throughout the day covering various subjects such as Ocean Innovations, the History of Conservation, and the Future of Renewable Resources. My favorite talk of the day, however, was Plasticity Texas, which addressed the future of plastic. During this panel discussion, there were leaders in plastic, conservation and sustainability from around the world discussing their viewpoints on where we are with single-use disposable plastic, where we are heading and what we can do as individuals, companies and as a society.

As an environmentalist and sustainability biologist, being able to visit the largest event of its kind that hosted 130,000 attendees in 2016 was such an inspiration. What a great way to celebrate our Earth, and I am certain my next birthday will not be able to hold a candle to the admiration and enthusiasm for our environment than I witnessed at Earth Day Texas. I am very excited to apply the information that I was able to soak up while I was there by sharing it with our visitors and continue spreading the legacy that is our Earth and our environment.