Eggs are the spring story for APCs 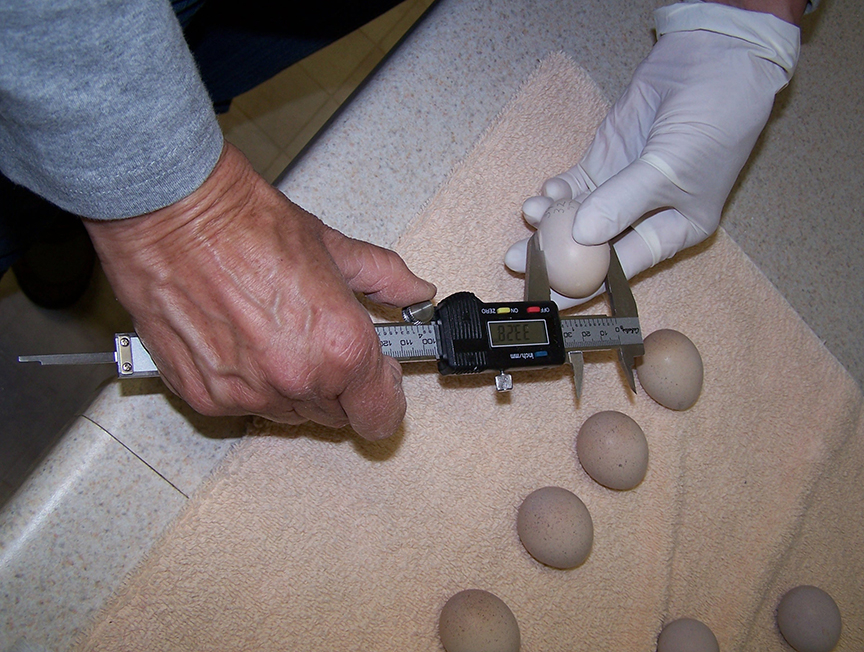 Just as Spring Break was concluding at Fossil Rim Wildlife Center, activity was ramping up in a part of the park far away from the Front Gate.

The first Attwater’s Prairie Chicken (APC) egg was collected March 23 in the Jim Jackson Intensive Management Area where nearly all of the park’s APCs live. Fossil Rim is the leading production center for this endangered Texas native.

In 2017, Avian Curator Janet Johnson and Avian Care Specialist Cara Burch began with 26 APC pairs and one trio. Johnson pointed out that one rooster has access to a pair of hens, hence the trio.

APCs are ground nesters, and the hen will scrape a shallow bowl on the ground under protective cover. She will utilize a clumping grass, such as bluestem.

An APC hen generally produces a clutch of 12-16 eggs, and the incubation period is 26 days. Incubation temperature is 99.6 degrees Fahrenheit.

“Because every egg is irreplaceable, all eggs are collected and manually incubated,” Johnson said. “The hens received a dummy egg in place of each real egg so they are comfortable with the nest site and continue to lay a full clutch.”

As of mid-April, Johnson said there were more than 200 eggs. Fossil Rim averages 450-500 APC eggs annually. Once incubation starts, every egg is candled and weighed weekly.

It is necessary to candle eggs for fertility when they are being incubated artificially. Infertile eggs can be discarded so there is no risk of them of them “going bad” and exploding inside the incubator, which could contaminate the other eggs. Candling does not damage the embryos inside the eggs, as long as the egg does not heat up too much during the process or is kept out of the incubator for too long, so it is ideal to get a glimpse of the progress within.

When domestic hens are used as incubators, traditional nest boxes are utilized.

Hatching is right around the corner, considering that last year the first APC egg hatched April 25 and the last one June 21.

Every part of the reproductive process is crucial for an endangered species, but for APC egg care in particular, there is no detail too small.

To learn more about APCs and see where they live at Fossil Rim, you can visit our Jim Jackson Intensive Management Area on a Behind-the-Scenes Tour. Call 254.897.2960 for reservations.