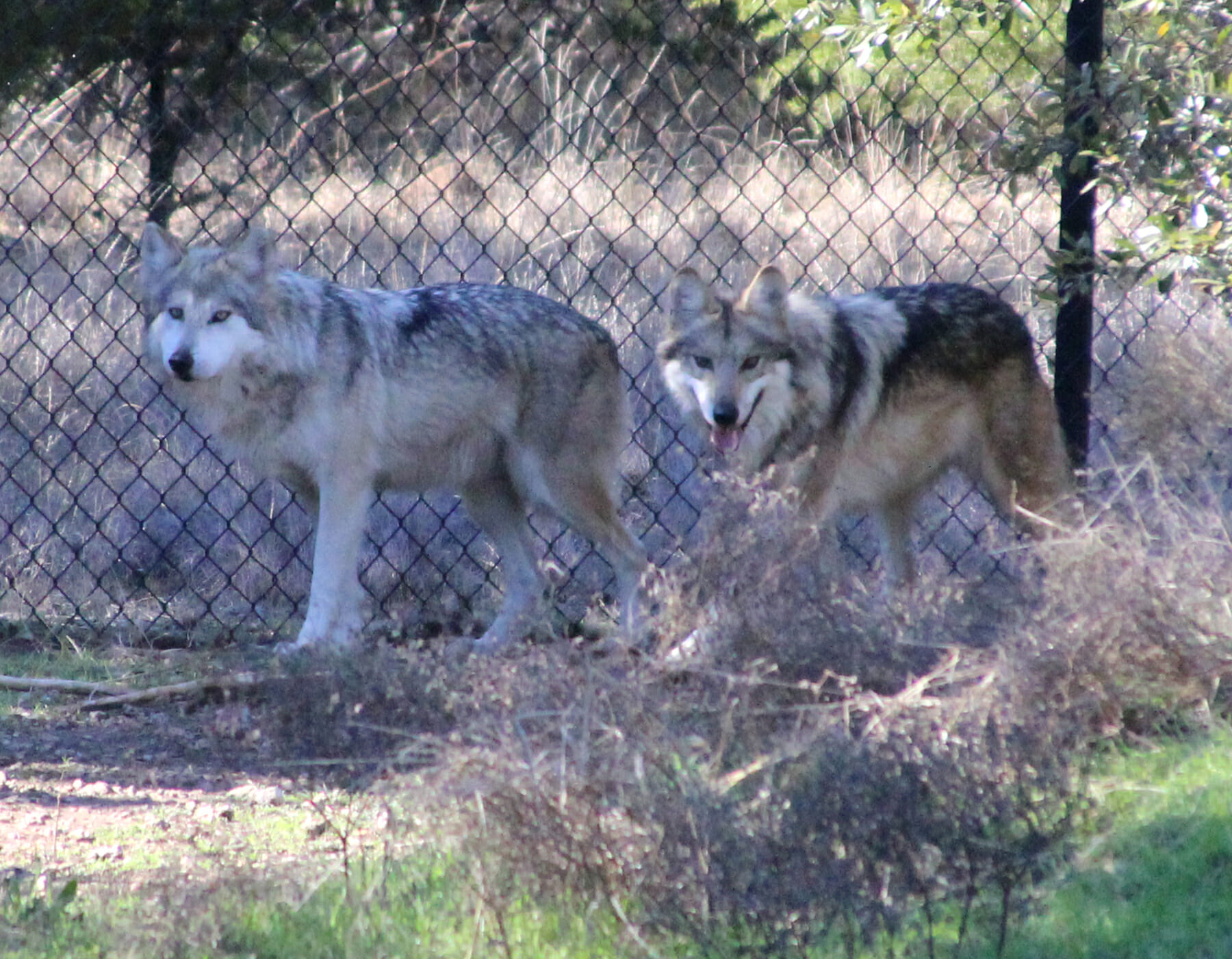 The carnivore department at Fossil Rim Wildlife Center is hopeful its most recent breeding pair will contribute to the Mexican Wolf Recovery Program.

“Javi was caught in the wild during May of last year, and he is very genetically valuable,” said Jason Ahistus, Fossil Rim carnivore curator. “Francina came to us from Dickerson Park Zoo in Missouri. She is towards the end of her reproductive years. This will be the first breeding season the pair will be together, but we are hopeful that they will breed and we will have a litter of pups this spring.”

A Mexican gray wolf can have one litter of puppies per year after a limited breeding window, so it would be very beneficial for the population if this pair were to breed successfully.

“Both of them seem to be in great condition,” Ahistus said. “Javi wasn’t in great shape when he first came from the wild, and it’s believed his pack faced a lot of competition for food from a nearby pack.”

One of the few carnivores indigenous to the United States, the Mexican gray wolf is the subject of a U.S. Fish and Wildlife Service Recovery Program. As opposed to most animals involved in a Species Survival Plan (SSP), there is a release component with the Mexican gray wolf.

“There are approximately 97 in the wild, so they are critically endangered,” Ahistus said. “With any captive breeding, there is hope the wolves involved could go back into the wild. So, we treat our wolves like wild animals. That means very hands-off – almost no interaction with our staff.

“We don’t want them to associate humans with anything good. Avoid name recognition and voice association with food. You never know when they will be selected to return to the wild, so the fear factor is important for their survival.”

Cross-fostering is crucial to the recovery program, as Ahistus explained.

“Ideally, we will have a litter born within days of a litter being born in the wild,” he said. “Then, there is a chance for some of our pups to be taken and cross-fostered in a wild den. The idea there is they don’t grow up in captivity, thus they have no knowledge of humans and are wild animals. But you still get the genetics from the captive population back into the wild, and it’s a win-win for everyone involved.

“It has proven to be successful in recent years. While that may be a relatively small success with so much more work to do, it is an encouraging trend that could lead to a bright future for this species. But even if pups do grow up here, there’s still a chance they could enter a release program one day.”

The Mexican wolf is the rarest subspecies of gray wolf in North America, as well as the most genetically unique and physically smallest.

“They nearly went extinct in the wild in the 1970s,” Ahistus said. “Under a joint agreement between the U.S. and Mexico from 1977-80, five wolves were captured in the wild to start the captive breeding program. Since then, the SSP has grown and the captive population is about 250 wolves. Without captive breeding and the management from the U.S. Fish and Wildlife Service, these wolves wouldn’t exist anymore.”

There are a few types of guided tours where guests can enter Fossil Rim’s Jim Jackson Intensive Management Area (IMA) with a chance of spotting the Mexican gray wolves. The most frequently available option is a Behind-the-Scenes Tour.

“On a Behind-the-Scenes Tour, you can sometimes see glimpses of them as they run,” Ahistus said. “That’s how we want them to behave – have the fear. Limited visitors are to the benefit of the animals in the IMA.”

Fossil Rim will provide updates on the progress of its Mexican gray wolves via its website and social media accounts in the weeks and months to come.

“To be involved with this species and to be part of the recovery program is great,” Ahistus said. “The Mexican wolf is one of only a few critically endangered carnivores in North America. It’s an honor for Fossil Rim to play an active role in their survival, and hopefully we can help make a difference.”