At Fossil Rim Wildlife Center, it is always a goal to go bigger and better than ever with recurring events.

“It went great – even better than last year,” she exclaimed. “Everyone did such a fantastic job, and we had several repeat guests who made my day telling me how much they enjoyed it.”

As the prime fundraiser for the CAC, the proof is in the pudding monetarily. 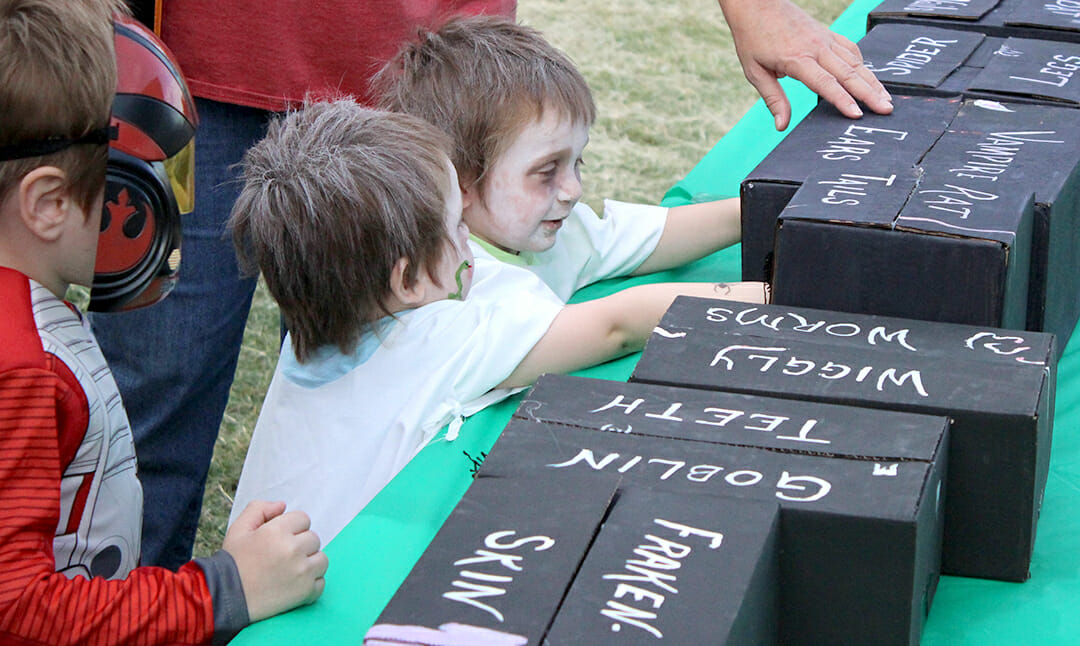 There are events at the Spooktacular each year that recur, but there are always some new twists, as well.

“This year, we had a hay maze that went over very well,” Wiedeman said. “But the most exciting new aspect was our Story Corner hosted by our volunteer Sara Paulsen. The kids absolutely loved it!

“Because of the growth of the event, we are starting to spread it out more around the CAC grounds, so it looks like we will need to be ready with a few more events for next year. It’s time to start preparing!”

Regarding repeat visitors, she wants the event to evolve as they grow up.

“It seems like every activity we had drew some interest,” she said. “But since we have repeat guests, I want to make sure we have some activities that are a little more complicated and engaging considering these kids are growing up. I want us to grow with them.”

As a new parent herself, Wiedeman really enjoys the family aspect of each Spooktacular.

“Pumpkin Carving is a favorite activity to me just because you really see families coming together,” she said. “To be honest, just having guests walking around the CAC with their kids for a family event makes me happy. Getting this to become a tradition for them adds to the enjoyment of the Children’s Animal Center and Fossil Rim, I believe. Hopefully, through this fundraising we can further enhance that experience.” 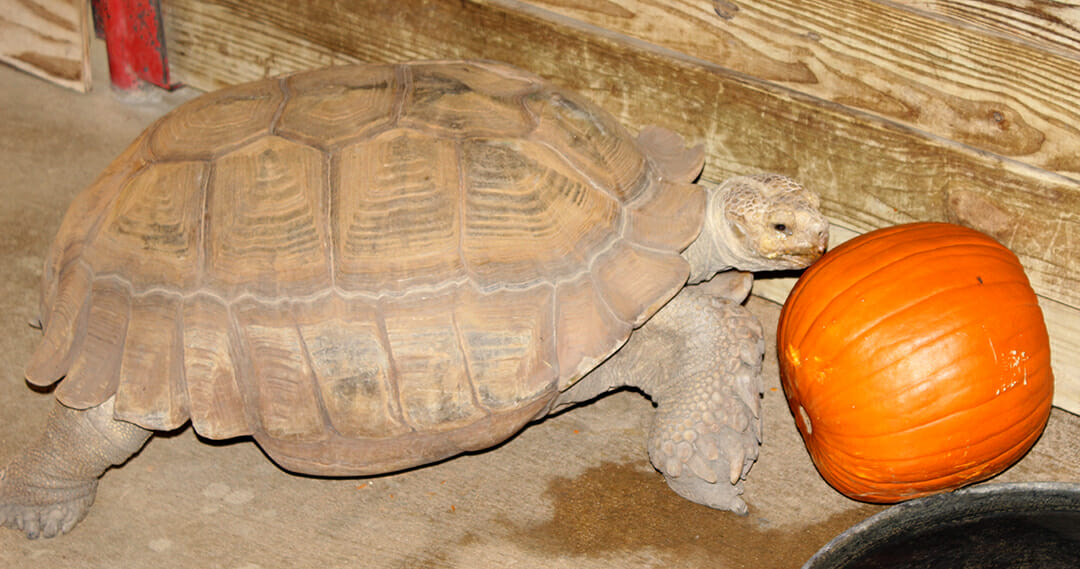 It is certainly a process as facility improvements go, but Wiedeman knows what she would like to see happen.

“This money is meant for the renovation of the CAC, but it is going to take some time because it needs a lot of work and we have several additions hopefully,” she said. “Eventually, we are going to try and make it so the goats have their own little barn outside and thus their own area of the CAC. I’m also excited about the possibility of adding more reptiles and amphibians in the future.”

On that note, she mentioned some progress since last year.

“The aviaries are being completed in the back portion,” she said. “We are seeing how a male Attwater’s prairie chicken will do in the back right pen to make sure they will be comfortable here. So far, he seems to be enjoying his space here; and I have seen him up and walking around with guests out and about. I would still recommend being a little quieter when near his area to get a good view of him, but the other birds’ loud noises actually seem to have helped him get used to being here.”

From staff to volunteers to interns, every Spooktacular is a group effort.

“Every time we’ve done this event, I have so much help from the volunteers and staff to make it happen,” Wiedeman said. “Several of them put in many extra hours to bring the final details together, and I can’t thank them enough because it wouldn’t be the same without them. It really is one of the best things about working at Fossil Rim when you have so many individuals who truly work together to try to make everything we do here great.

“Whether it is research, animal procedures, guided tours or event assistance like this, the staff and volunteers are very passionate and giving of their time to make this place as amazing as it can be. I want to say ‘thank you’ to all of these wonderful people!”

“On behalf of the CAC staff, I would like to say a big ‘thank you’ to everyone who contributed to our Spooktacular event this year,” Borgstrom said. “This was our most attended Spooktacular yet, and I would like to acknowledge Amber Wiedeman for organizing a great event!”

And Wiedeman was not kidding – in some way or another, preparations for the 2017 CAC Halloween Spooktacular Extravaganza will begin sooner rather than later.