C2S2 grabs future of world wildlife by the horns 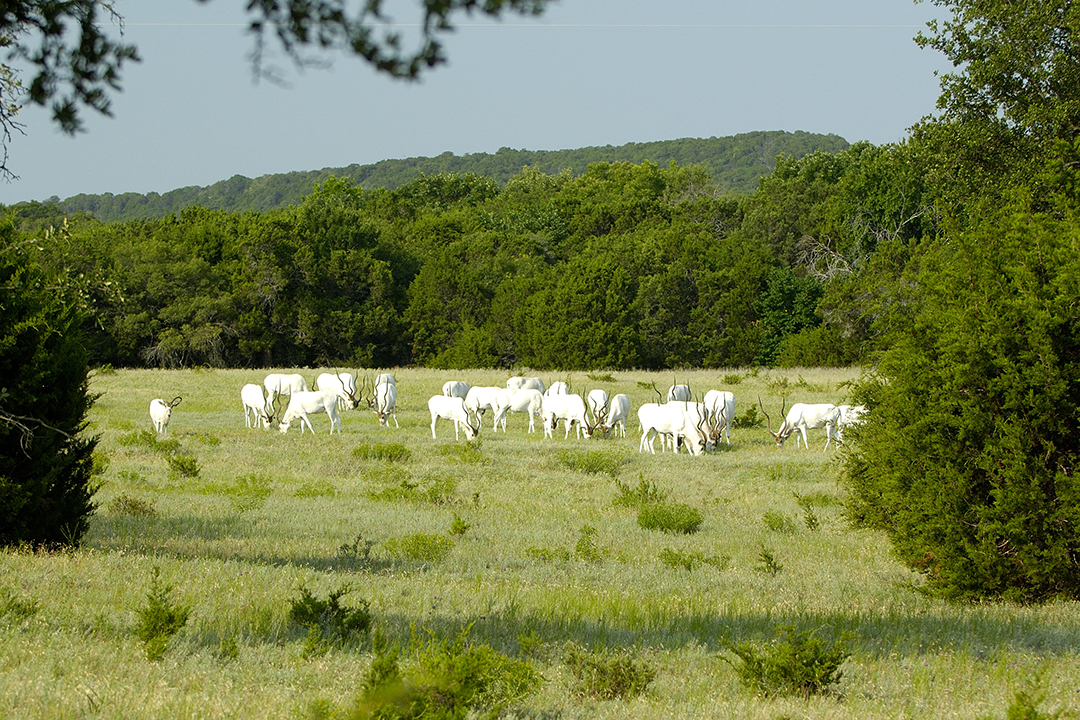 Frequent followers of the Fossil Rim Wildlife Center Facebook page will note that shares from the Conservation Centers for Species Survival (C2S2) page appear frequently, but do they know what C2S2 is really about?

“C2S2 members are leaders in conservation breeding, reintroduction and research of endangered species,” said Katy Palfrey, C2S2 executive director. “Over its first decade, C2S2 was based out of the Smithsonian and the centers worked together to develop innovative models for saving species from extinction through collaboration and research.

In decade two, Palfrey is driven to see the organization tackle ever-growing challenges.

“Now, C2S2 is shifting into our next phase and really ramping up to scale these models to save more species,” she said. “We are engaging with conservation center institutions across the U.S. and globally, as well as private landowners who are contributing to conservation on their land or those who would like to. C2S2 members have the opportunity to lead the next stage of conservation, saving species from extinction on a larger scale than ever before.”

These conservation centers are also paving the way for zoos to take on an increased role in conservation. A huge part of the role zoos can play is shifting focus toward regional wildlife.

“This is a pivotal moment for zoological institutions, and C2S2 is working to empower these facilities to leverage their existing resources for greater impact,” Palfrey said. “Zoos can take on native species of particular interest to the public in their respective areas, and then lead a cohesive effort in conservation, breeding and research. Going forward, native species in need here in America will take on a larger part of our focus at C2S2.”

If zoos are going to make this fundamental change, Palfrey believes facilities like Fossil Rim set a great example.

“Many conservation centers like Fossil Rim have been working for decades to improve understanding of management, reproduction and health of these endangered species, plus they have the space to allow for a more natural existence,” she said. “These facilities are creating assurance populations to prevent extinction, which is incredibly exciting to me. There is a huge need for investment in conservation centers when you consider they are assuring the future survival of species and also providing animals for species reintroductions.”

Since the relocation to Fossil Rim, C2S2 has added new full members – Austin Savanna and the Center for the Conservation of Tropical Ungulates (CCTU).

“Particularly with Austin Savanna and CCTU, it’s very important that we took the step of being more inclusive of privately owned institutions and different management models,” Palfrey said. “It’s a shift away from focusing only on AZA-accredited institutions, because through bringing more and different perspectives to the table we can determine how our conservation efforts can be most effective. Conservation-minded institutions of all shapes and sizes are seeing what we’re doing and want to be a part of it. We’ve been working to get our message out there, and it’s exciting to see organizations coming to us.”

With its ungulate target species in mind, C2S2 created the Source Population Alliance (SPA). It is a group of private landowners, conservation centers and zoos who dedicate their unique resources to creating sustainable populations of wildlife that serve as dependable reservoirs for the conservation and use of animals here and in their native lands.

“Progress is being made with the realization these centers can do more together than separately – greater than the sum of their parts – as well as acknowledging the importance of the private sector,” she said. “SPA is an incredibly innovative model and represents a big step in breaking down existing divisions and working more collaboratively across stakeholder groups to save species.”

Palfrey has been very pleased with the supportive atmosphere at Fossil Rim ever since C2S2 set up shop at the 1,800-acre wildlife center in Glen Rose, Texas. Both she and Cynthia Bennett, program manager, have offices at Fossil Rim, while Kristen Culp, program coordinator, actually works for both C2S2 and Fossil Rim. Dr. Pat Condy, Fossil Rim executive director, approved the request by the C2S2 board of directors to provide office space for C2S2 employees.

“Fossil Rim is one of our founding members and has been extremely generous to provide us with a location to be our home base,” said Palfrey, who does her fair share of traveling. “One of the key reasons for this location is that it helps us facilitate diverse private sector and public partnerships within SPA. There is so much potential with the private sector in Texas to become more involved and provide space that is extremely needed right now. Consider that 98 percent of Texas land is privately owned.”

Quick to say C2S2 would not have the same capabilities without Fossil Rim’s contributions, Palfrey hopes to make the association as reciprocal as possible.

“We’re launching an economics study of the efficiencies of herd production, particularly scimitar-horned oryx, which should tell us what is working and, in turn, benefit Fossil Rim,” she said. “Fossil Rim has brought a lot of new partners to the table for C2S2, and hopefully the reverse is true as well. Fossil Rim has provided us very valuable linkages to private Texas landowners.

“We have started a registry for SPA animals, so going forward Fossil Rim and other member institutions will be able to search for animals that would be a good genetic match for their herds. Fossil Rim has been a very prominent contributor in the field of genomics, which is helping us build our database.

“I would also like to point out just how well Fossil Rim is performing in the breeding of cheetahs, as far as one of the C2S2 target species. It is impossible to acknowledge them enough for what they do for conservation, and I hope people know that.”

The C2S2 staff is very proud of their new website, conservationcenters.org, and encourages everyone to check it out. They also provide a wide spectrum of world animal news on their Facebook page at “Conservation Centers for Species Survival (C2S2).”

As she contemplates the big picture for the future of world animal conservation, Palfrey can just look out her office window for inspiration.

“Fossil Rim has long been doing what needs to be done on a greater scale,” she said. “It is an amazing model for what other institutions can aim for in regard to animal quality and research, as well as collaboration with others.”