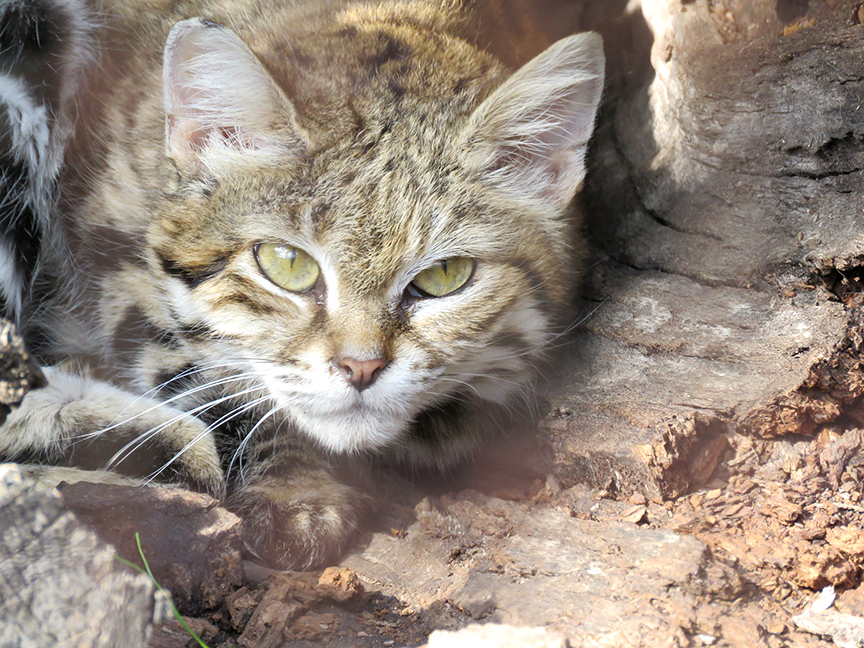 For Ellie and Edward Block, Fossil Rim Wildlife Center has been part of their lives for more than a quarter century.

It all started for Ellie in 1988 – just four years after Fossil Rim was founded.

“My sister brought me there for the first time in 1988 as a birthday present,” she said. “I remember seeing a female zebra that was hurt, but a male zebra was protecting her so the others wouldn’t pick on her while she ate. That stood out to me during my first visit, because it was really beautiful.”

In 1989, Ellie and Edward became members and have maintained their standing ever since. They are the longest-tenured Fossil Rim members on record.

“We won a free one-year membership,” Ellie said. “Filling out a comment card which was deposited at the (park) exit, we were surprised to be selected. We’ve continued our membership for 26 years because we can go whenever we want and take friends, get store discounts and take part in special programs.

“You’re going to get information that you won’t get anywhere else. We buy memberships for friends – especially ones with children or grandchildren. We bring our kids, grandkids and great grandkids.”

“We live on the (Texas) coast now, but we have a ranch in Grandview,” she said. “When we’re up there, we always make a trip or two to Fossil Rim. When we lived in Grandview, we participated in just about all the special programs at Fossil Rim.”

Ellie was nostalgic about some changes made at Fossil Rim and quick to note the improvements to the roads from the early days.

“It’s really hard to narrow down my favorite memories from there, but I did see the birth of a giraffe,” she said. “I saw a group of baby zebras and baby giraffes running across the road together. Our experiences with (tour guide) Sara (Paulsen) on the Behind-the-Scenes Tours have been incredible. She is so knowledgeable and being with her is fun.

“Also, we were there one time during a special program that (well-known zookeeper) Jack Hanna was part of. Many of the special programs are part of our favorite memories.”

The Blocks have stayed at The Lodge several times, as well as the Foothills Safari Camp. A veteran of visiting the animal conservation center, Ellie shared her thoughts on the best time to show up.

“You want to come early in the morning before it gets too crowded,” she said. “I know some species have babies throughout the year, but most babies are born in the springtime and that’s the best season to visit and see all the little ones.”

Ellie even makes her own cards for birthdays and other special occasions using photos she took at Fossil Rim. But Fossil Rim’s mission is dedication to the conservation of species in peril, and she embraces the facility’s serious side.

“We totally agree with the mission, and it’s why we try to help (Fossil Rim) any way we can and support the different programs,” she said. “When you see around the world what is happening to various species – disappearing because man isn’t doing a good job protecting them – then any way they can be helped (through reintroduction) after the herds are built up again is great.”