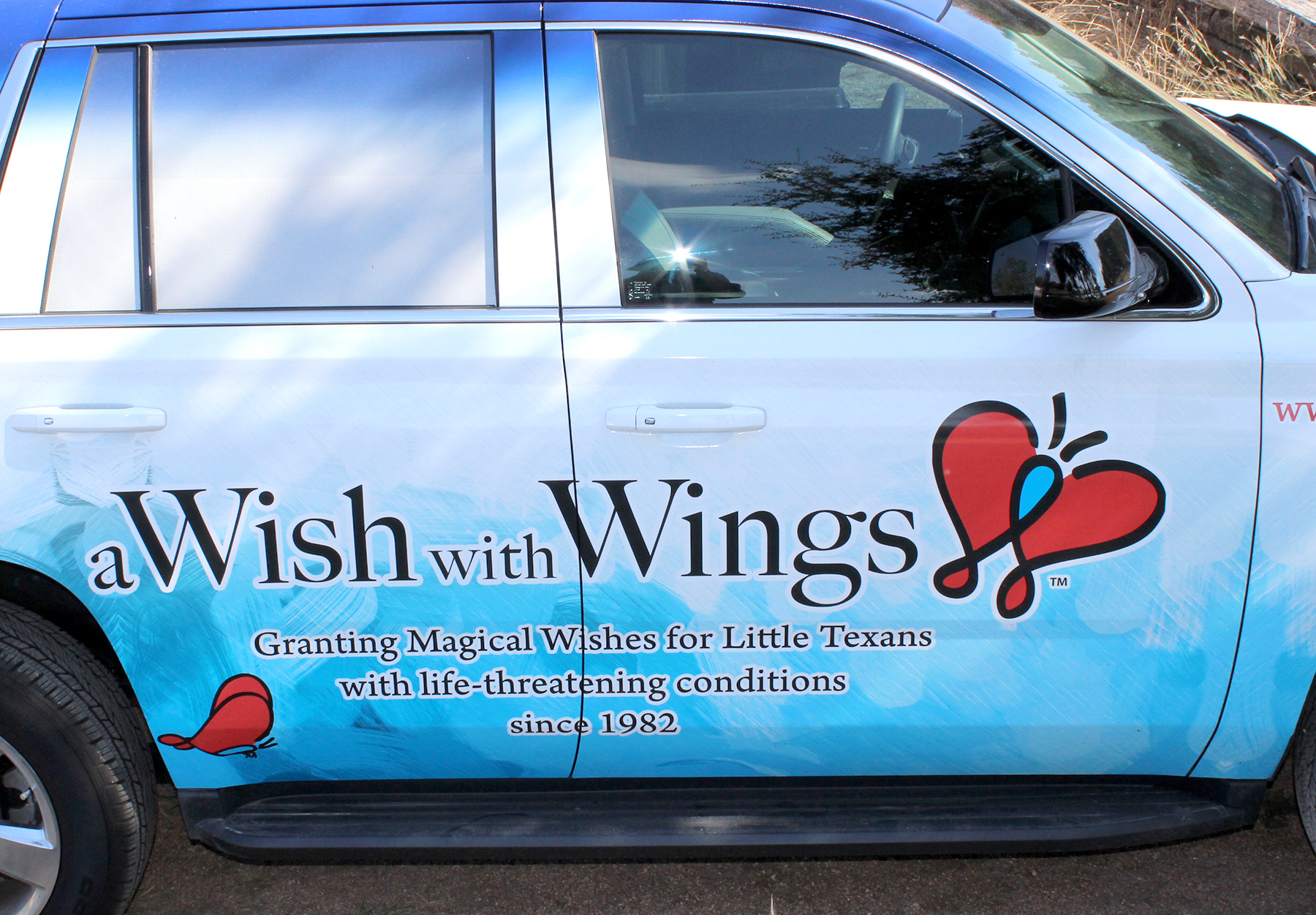 When a person is forced to endure great hardship, he or she will often cherish a memorable life experience.

Smiles and laughs definitely weren’t in short supply Oct. 10 at Fossil Rim Wildlife Center when children from a Wish with Wings and Ronald McDonald House Charities arrived for an exclusive event. The majority of the youngsters were on hand courtesy of a Wish with Wings, which strives to “grant magical wishes for little Texans with life-threatening conditions since 1982.”

According to Lesley Irwin, a Wish with Wings community outreach manager, bringing joy to children who have been dealt a difficult hand is what the event is all about.

“This is our third year to visit Fossil Rim as part of our program,” Irwin said. “It’s a combination of organizations with Ronald McDonald House, Fossil Rim and us to enable these kids to come out for a fun day of learning. They really have a good time and look forward to this. We also take families to (Texas) Ranger games.”

Irwin also credited two event sponsors. Sportsman’s Club of Fort Worth covered the cost of the day at Fossil Rim, while Cornerstone Impressions provided the “Go Wild!” event t-shirts. Both sponsors have stepped up all three years a Wish with Wings members have visited Fossil Rim.

Irwin said her organization has granted 39 wishes this year with more than two months remaining.

“We focus on Texas children ages 3-18 with life-threatening medical conditions who have never had a wish granted from another organization,” she said. “This is a fantastic deal. (The Fossil Rim staff treats) us so special. We have great relationships with Warren (Lewis, director of marketing,) and Tessa (Ownbey, director of education).”

Just as the children look forward to the day, there is a lot of anticipation from the Fossil Rim perspective as well, according to Ownbey.

“We really enjoy having a Wish with Wings and Ronald McDonald House visit,” she said. “We also have kids from Cook Children’s (Hospital) visit for another event. Our staff and volunteers really look forward to this and kind of compete over who does what job. We work toward this for six months out, and every single staff member and volunteer does a great job because we pull together to get it done.”

The children were surrounded by loved ones on the special occasion, as entire families made the trip from the Fort Worth area.

“The whole family goes through the illness with the child, so we always have all family members involved,” Irwin said.

When the children arrived, they separated into one of four groups: Cheetahs, Zebras, Tigers and Giraffes. While two groups began with a guided tour of Fossil Rim, the other two put their creativity to work on an animal enrichment project to create toys for birds at the Children’s Animal Center (CAC). Education staffers and volunteers helped the children with their designs, while the toys were later stuffed with food and given to the hungry CAC residents.

Craig Powell, a three-time event attendee from Fort Worth, received some help making his toy from his siblings and education staffer Mark Phillips.

“I’d say the kids enjoyed making the toys for the birds (most) and also feeding the animals on the (guided tour),” said Craig’s parent Denicqua Beaman. “I think this is neat. For the kids, they get to see and do different things than they’re used to. It’s a good learning experience.

“The kids have been looking forward to this, especially this morning when I woke them up. They hurried up and got dressed.”

Powell concurred with her regarding his toy building enjoyment. His creation would later be enthusiastically dismantled by a bare-eyed cockatoo.

“My favorite thing (this time) was making the toys for the birds,” Powell said. “We went inside the (CAC) my first year here, and I liked it.”

After watching the birds play with the toys they’d made, the Tiger children enjoyed a pizza lunch. Ownbey credited Jesse McClure at Simple Simon’s Pizza for a discount on the order.

From there, it was off to the Nature Store so each child could pick out the gift of their choice.

While sitting in the shade awaiting the arrival of their tour bus, Phillips explained to his Tigers what “extinct” means and why Fossil Rim chooses the particular animals it does. As the Tigers and Giraffes headed out on their tour, the Cheetahs and Zebras returned to begin their activities at the Overlook.

The Tigers started their tour off with a bang thanks to some giraffe feeding by hand, while hungry ostriches later drew laughs from the youth. The children yelled in synchronization each time the bus drove over a cattle guard to hear their own voices altered, yet another sign this was a day to leave all their troubles behind.

“Most of these kids will tell you the highlight of the day is when they are on the (guided tour) or shopping for their gift in the Nature Store,” Irwin said.

When she saw the ear-to-ear grins among the Tigers as their tour bus returned to conclude the day, Ownbey knew Fossil Rim staff and volunteers had delivered in the role of genie with wishes granted.

“The biggest endorsement of what we’re doing is that these kids keep coming back,” she said. “We try to make everybody feel special, and I think they appreciate that. They make us feel good, so it’s a win-win.”