Spooktacular Extravaganza creeping up at CAC 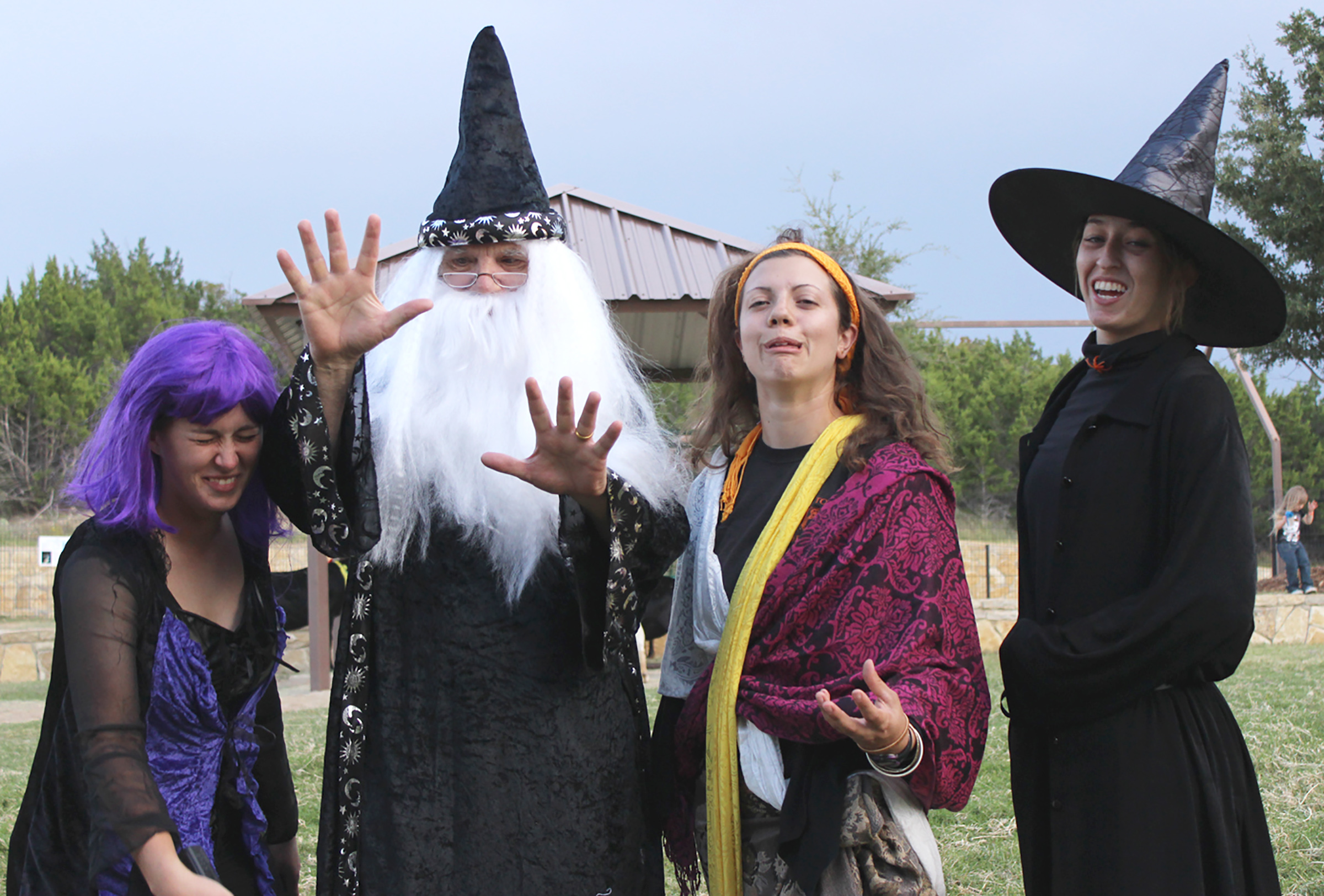 Before your kids head out in pursuit of Halloween candy, bring them to the Children’s Animal Center (CAC) at Fossil Rim’s Overlook to see some goat tricks and be treated to a bevy of fun activities.

The Fourth Annual Spooktacular Halloween Extravaganza returns to the CAC Oct. 31 from 5-7 p.m. The event is free, but donations are welcome and will go towards the care of Fossil Rim animals.

“We take donations, and specifically this year the goal is to renovate the CAC Barn,” said Amber Wiedeman, CAC supervisor. “The idea is for people to come out and have a good time. There will be tons of games, contests and animals doing tricks. People normally come dressed in their costumes, and our staff will be in costume as well.”

Wiedeman enjoys building upon the tradition of the Extravaganza.

“This event was actually the first thing I did with the CAC when I started working here,” she said. “With this being the Children’s Animal Center, I wanted an event geared toward the kids. It’s getting bigger every year, and we have more stuff, so I hope everyone enjoys it. This is the biggest event of the year for the CAC.”

Between the CAC and nearby EcoCenter, there are a whopping 19 activities at this year’s event.

“We made sure to have enough games and activities that no matter what someone is interested in, there will be something they’ll want to do,” Wiedeman said. “As always, it will be an opportunity to learn about our animals, and I’ll talk about some of the training we do with them. The majority of the game booths are set up so that you’ll get a prize. We’ve geared the activities toward a wide age range of kids.”

“The Jack-O’-Lantern Carving contest is usually pretty popular,” Wiedeman said. “I normally encourage people to bring their own pumpkin since we have a limited supply, but we have all the tools for them to work with. Any pumpkins they bring can also be donated to Fossil Rim animals.

“Breaking the piñata is usually a pretty big hit. The What’s This? Guessing Game was a new addition last year that ended up being popular.

“Basically, we’ll take an item we might call bat toenails, for example, and then you have to guess what it really is. Nobody was able to guess all the items correctly last year, so we’ll see if that changes this time.”

Wiedeman mentioned a new game that could draw a crowd.

“We added a Jumbo Match Game that uses cards with three different (outside) stations,” she said. “That’s one of the easier games geared toward little kids. We also added several more tossing games, and I think now it’s more similar to what you might find at a carnival.”

Activities slated for the EcoCenter include a Creepy Crawlers Table, a Pumpkin Craft Table, a Coloring Table, Face Painting, Ghost Dartboard and Pin The Tail On The Scaredy Cat.

“We’ll have our crafts table once again, and the activities at the EcoCenter will give kids the chance to show their creativity,” Wiedeman said.

She expects the Creepy Crawlers Table to be an attention-getter.

“Our education department will do a presentation with some of their program animals like snakes and arthropods,” she said. “Maybe a kid wants to see what a snake feels like. Unless they come to a program, kids don’t normally get to see those animals. We do care for (program animals), so I want people to be able to see them along with our other animals.”

Speaking of other animals, keep an eye out for those of the four-legged variety.

“For those who want a break between activities, we will be demonstrating some of our goat training and our (Vietnamese pot-bellied) pig will be bobbing for apples,” Wiedeman said. “Our goats are target-trained, so I let my interns show off the goats’ skills and what they’ve learned. Some goats are better than others, and you’ll figure out real quick who knows their stuff and who doesn’t. They’ll probably be wearing either capes or bandanas.

“Kids seem to really like coming to this event dressed up. How often do you dress up when you go to the zoo?”

Even the staff fully embraces the Halloween spirit.

“I think our staff members in costume might seem goofy to the kids sometimes, but that’s the whole idea when having a good time,” she said. “My first year, I dressed up like a mad chemist and the kids looked at me like I was crazy, but I think they enjoyed it. This year, we’re going to be Disney and Pixar characters.”

Prior to the Extravaganza, there will be a bake sale located in front of the nearby Nature Store Oct. 31 from 10 a.m. to 4 p.m. These proceeds will also go towards the CAC Barn renovation.

After the Extravaganza, there will be a special Discovery After Dark Halloween Edition Tour. The tour costs $35 and participants will meet at the tour check-in area at 7 p.m. Seating is limited, and reservations can be made by calling 254.897.2960.

“Even if you’ve been to (the Extravaganza) before, it’s going to be bigger than ever, so come check it out,” Wiedeman said. “Before everyone goes out trick-or-treating, come celebrate with Fossil Rim.”