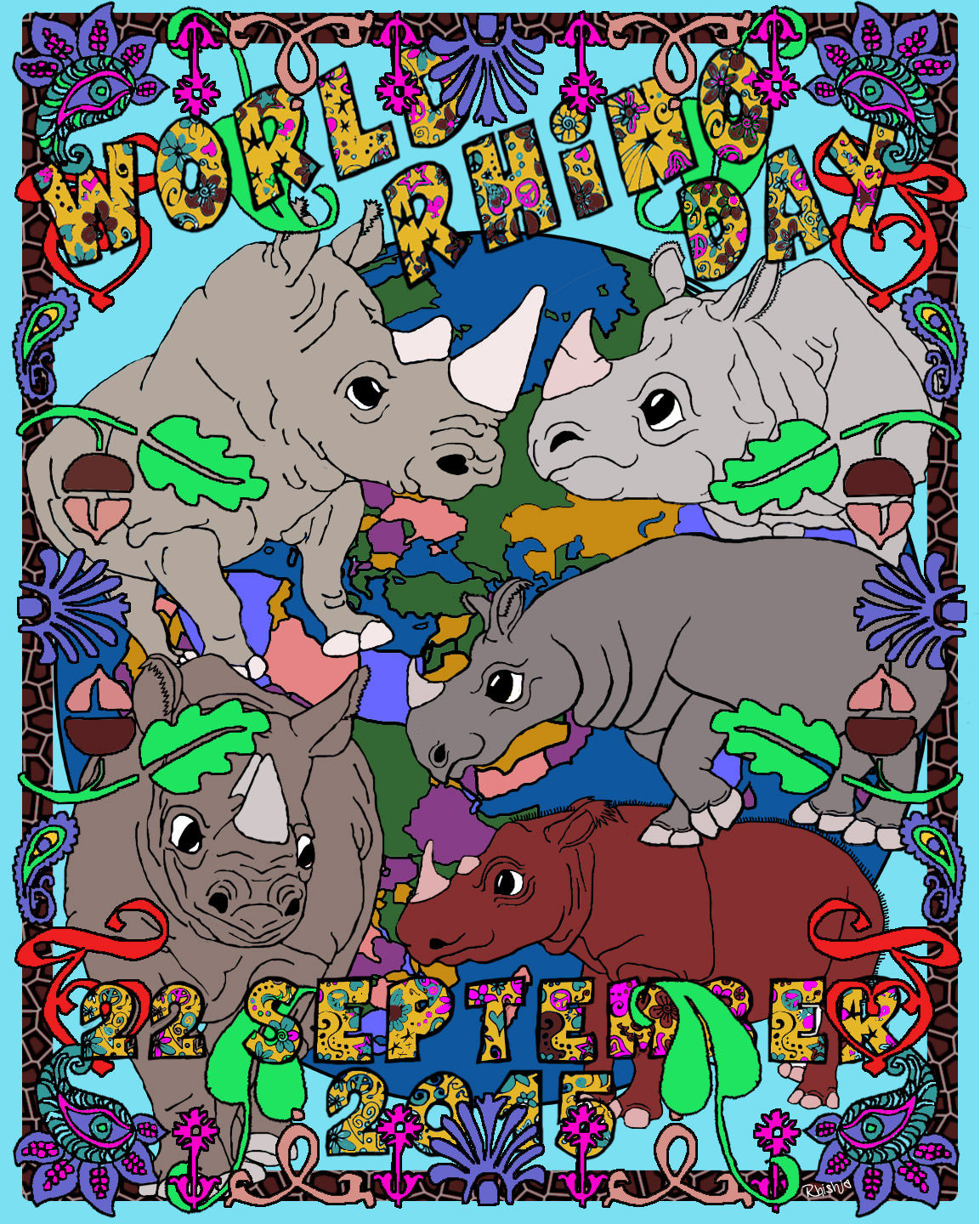 Fossil Rim will celebrate the day with an event at the Overlook Sept. 26 from 10 a.m. to 4 p.m. The five existing rhino species will be addressed along with rhino conservation via a learning station and a variety of free activities.

“This is my third year to be part of World Rhino Day here at Fossil Rim, and celebrating it is a tradition for us,” said Mark Phillips, Fossil Rim homeschool coordinator. “World Rhino Day is always officially on September 22, but we choose to have it on a Saturday to maximize family participation.”

World Rhino Day activities will be at the Overlook with a learning station set up outside, free activities for children in the EcoCenter, plus interpretive signs and other visuals in the Children’s Animal Center (CAC).

“The learning station will be right in front of the CAC,” Phillips said. “As people visit the Overlook, we can engage them in conversation to help raise awareness about the five species of rhinos left in the world. There are three species from Asia, and then the two from Africa that we have at Fossil Rim.”

Phillips mentioned a bevy of visuals to help visitors learn the differences between the rhino species and their respective plights.

“I also have a variety of pictures of our different rhino species. Inside the CAC, they’ll have a white rhino skull so kids can see the contrast to the black one.”

There will be a sign at the learning station directing children to also check out activities in the nearby EcoCenter.

“There will be face painting done by our staff, as well as hand painting that the kids will be able to do, which will bring some fun to them learning more about rhino conservation,” Phillips said.

While World Rhino Day at Fossil Rim always delivers some entertainment, the educational staff and interns also have serious facts to share.

“We’ll talk about why rhino populations are on the decline,” he said. “People have a misunderstanding about their horn, which leads to poaching. In a number of cultures, there is a longstanding myth that (ground) rhino horn is a very effective medicine.

“That drives the market for rhino horns, especially in Asia. In reality, it’s made of keratin like our fingernails, so there’s no potent medicinal quality.

“Three years ago, one white rhino was poached in South Africa every 20 hours. The next year, the rate was one every 13.4 hours. Last year, it had increased to one every eight hours and has remained at that pace.”

If rhinos continue to be poached at that frequency, they could become extinct in the wild by 2026. On that note, Phillips isn’t the only member of the Fossil Rim staff motivated to make an impact on visitors Sept. 26.

“World Rhino Day is critical as an opportunity to show people there is a problem with poaching and that, without help from humans, rhinos might go extinct,” said Justin Smith, Fossil Rim lead rhino keeper. “We need to get that message out to the general public, because with their power to donate, they can make a difference to save these guys. As keepers, our lives are dedicated to these animals and there’s nothing we wouldn’t do for the conservation of the species we care for.”

Smith is proud to see his place of employment celebrate an event so important to him.

“It’s always nice to see Fossil Rim participating in World Rhino Day and educating our guests,” he said. “If we can make a difference in the thinking of even one-tenth of the people who come through our gates due to this event, that’s a lot better than not making the effort at all. You can’t just expect people to pursue information; you need to present it to them in an event like World Rhino Day.”

“If you have memorable experiences like our Adventure Tour offers to get up close to rhinos and really talk with me about them, it really makes a significant impact,” he said. “That person will always remember what they learned if you can connect with them.”

For rhino supporters who can’t make it to Fossil Rim Sept. 26, Smith mentioned a second option.

“If people can’t make it to our event, but do want to donate to rhino conservation, they can go to the International Rhino Foundation (IRF) website,” he said. “That organization does a phenomenal job.”

Fossil Rim is a founding member of IRF, which is accessible at www.rhinos.org.

As Sept. 26 draws near, Smith, Phillips and the Fossil Rim staff look forward to talking all things rhino with visitors.

“If you bring your family to our World Rhino Day celebration, they will definitely learn more about rhinos and what is happening to them,” Phillips said. “We also think they’ll find it fun and interesting. The more you understand something, the more you care about it, and we need people to care about rhinos.”