She will be remembered 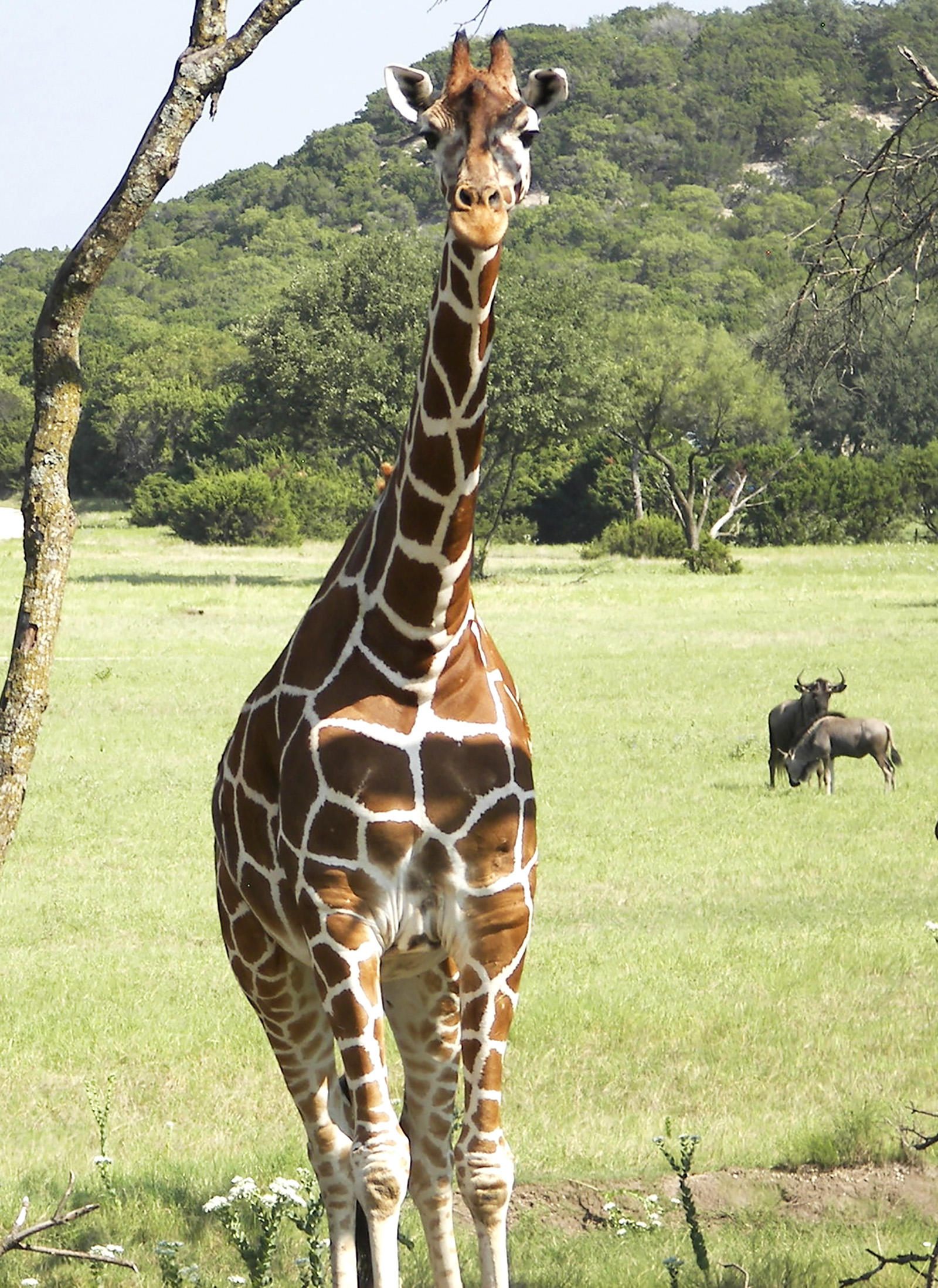 “Although all (these) animals are special, some quietly – or not so quietly – stand out,” said Kelley Snodgrass, Fossil Rim Wildlife Center chief operating officer.

His comment was in reference to a well-known giraffe, Dark Cow. After living the vast majority of her 33 years at Fossil Rim, the park’s oldest giraffe had to be euthanized Monday morning, Sept. 14.

“She has had a squamous cell carcinoma lesion on her chest for some time, but had really been doing okay in terms of eating well, getting around and enjoying the occasional romp around the pasture,” said Holly Haefele, Fossil Rim director of animal health. “That was until this past week, when her appetite decreased. We will all miss her big, beautiful eyes and her uniquely curious personality.”

As Snodgrass pointed out, Dark Cow was the last of the “original” Fossil Rim animals after she arrived at age two in 1984.

“During her 31-year life at Fossil Rim Wildlife Center, she contributed greatly in (terms of) calves produced and through the many thousands of guests she greeted, providing many special opportunities and moments,” he said. “She had a way of quietly making her presence known.”

Snodgrass fondly recalled an encounter of large and small many years ago when Dark Cow went nose-to-nose with a squirrel.

“For those who worked with the giraffes throughout the years, Dark Cow was the herd’s anchor of stability, most likely to be counted upon to do what was necessary,” he said.

Although a true original is gone, she won’t be forgotten in the Fossil Rim Game Preserve and beyond.

4 thoughts on “She will be remembered”