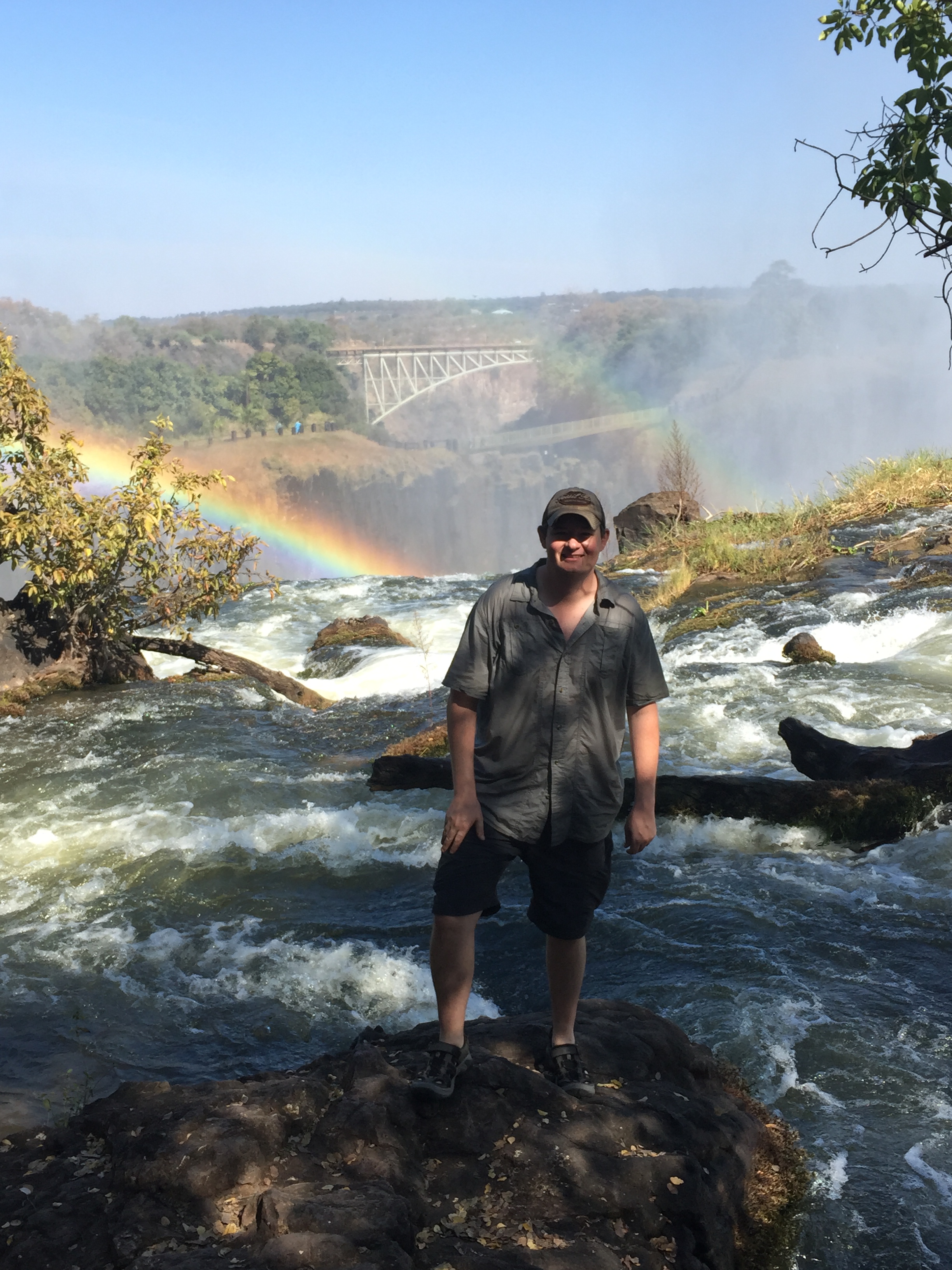 For James Morgan, Fossil Rim Wildlife Center camp manager, being in the midst of exotic wildlife is a common occurrence.

As he discovered, however, seeing such creatures roaming their native habitat in person is a different animal altogether. In June, Morgan represented Fossil Rim during a 26-day trip to Africa. Along with four professors and 10 undergraduates from Tarleton State University, Morgan visited South Africa, Swaziland, Botswana, Namibia and Zambia.

It was the third-and-final edition of the annual trek provided by a grant from the National Institute of Food and Agriculture (NIFA).

“The grant’s purpose was basically to see how global food scarcity, world hunger and biodiversity are all interrelated,” Morgan said. “It was a three-pronged grant with Tarleton doing (educational outreach and) research, Texas A&M AgriLife Research supporting student travel and research and Fossil Rim handling outreach by promoting public understanding.”

Before and after the trip, Morgan compared notes with Fossil Rim coworker Katie Hunholz, who made the journey in 2013.

“Katie’s group visited a research facility regarding things like guinea fowl in agricultural systems in South Africa,” Morgan said. “Keyhole gardens were also emphasized, and they are something we do at Fossil Rim, too.”

Morgan said his group focused heavily on wildlife. Among the “Big Five” wild animals of Africa – the lion, rhino, elephant, Cape buffalo and leopard – Morgan saw them all except the leopard, while others in his party did spot all five.

Morgan talked about how governmental protection of one of the Big Five in Botswana was causing big-time issues. Coincidentally, it happened to be his favorite animal as a boy – the elephant.

“I learned how many problems elephants are causing for the landscape and citizens in Botswana,” he said. “There is no animal management allowed whatsoever, which has cost their economy millions of dollars. The communities are seeing fewer tourists, and their quality of life is deteriorating. People are also being affected by elephants destroying their crops because there are so many, which contributes to food scarcity.

“I saw about 200 elephants on our trip – it was insane. They are (“vulnerable” on the IUCN Red List of Threatened Species), but they still need to be managed. Because of their destructive nature to the habitat, they make it hard for other animals to live in the same area.”

When Morgan was an intern at Fossil Rim in 2009, he inquired as to why the park didn’t play host to the largest pachyderm.

“Now, I understand why,” he said. “They are huge and they can cause so much damage to a landscape because of that when there are too many of them. They definitely contribute to the food insecurity in Botswana in particular, because they’ve destroyed entire farms.”

Morgan found it enlightening to see what hardships the natives were able to endure, as well as the chance to observe different cultures up close.

“I saw another perspective in person,” he said. “There is a different way of life over there, and it makes our first-world problems like ‘my cell phone is cracked’ seem so insignificant. There were parts of Africa that were glowing with culture and diversity in regard to people, languages and way of life. It opened my eyes to what I really need to be focusing on in my life.”

It seems clear Morgan has unfinished business on the continent.

“I’ve said this wasn’t the trip of a lifetime, because that would insinuate that I’m not going back,” he said. “I definitely am.”