A Christmas Miracle at Fossil Rim 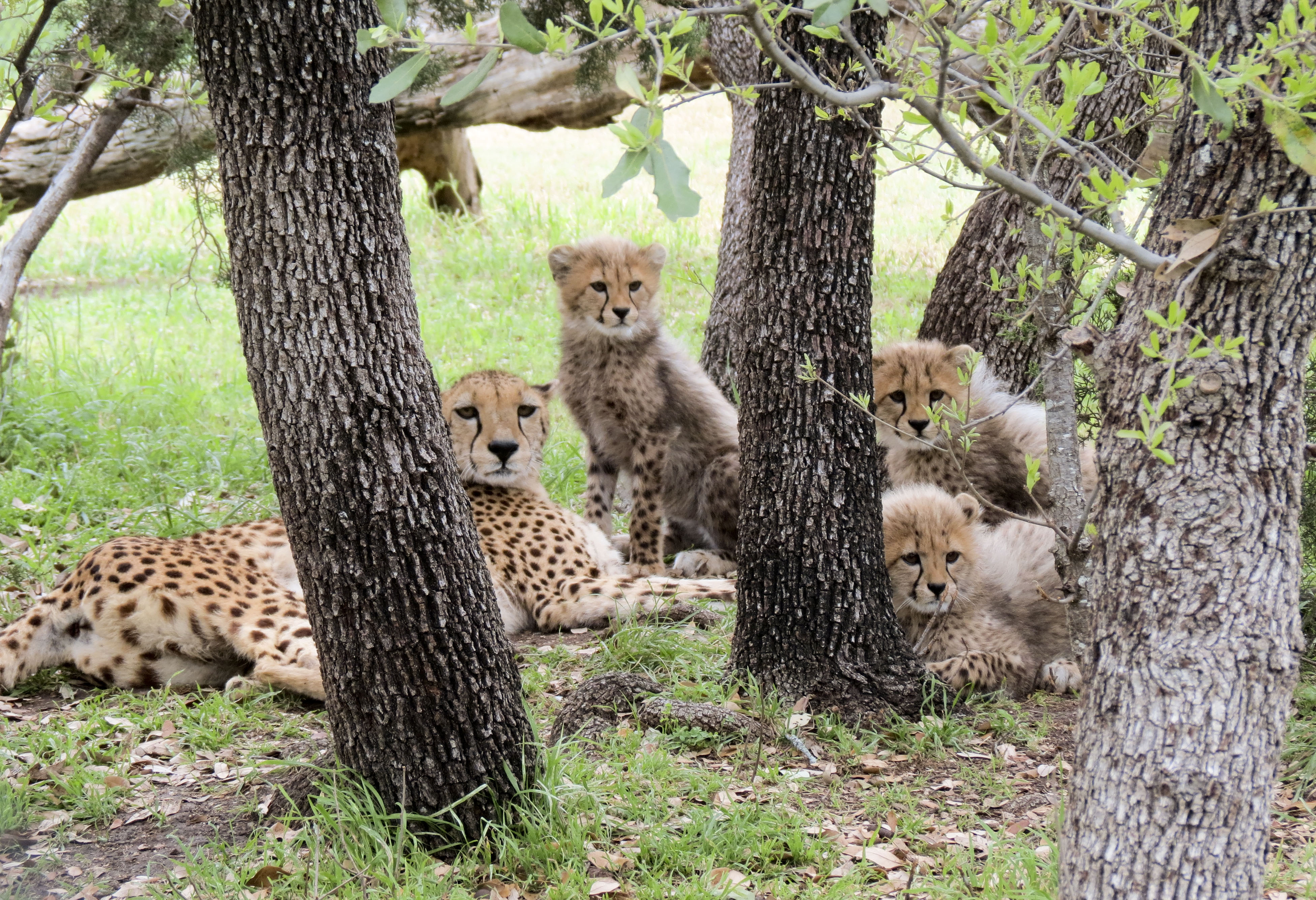 The past year and a half at Fossil Rim Wildlife Center was a very successful stretch of time for our cheetah breeding program. In that time frame, we saw the birth of 6 cheetah litters: 2 litters in late 2013 and 4 litters in 2014. These 6 litters resulted in 19 surviving cheetah cubs. In the cheetah world, that is a lot of cubs in a short period of time. However, we are not always that lucky. Cheetahs are one of the most difficult species to manage and having success in captive breeding is no easy task. Currently there are only nine cheetah breeding centers among AZA accredited facilities and each one faces a large set of challenges to be successful. These nine breeding centers are part of C2S2’s Cheetah Sustainability Program.

Through the years we have found that several factors increase the breeding success of cheetahs including large enclosures sizes, dedicated staff, the ability to house a large number of cats, and multiple mate choices. These factors are just the tip of the iceberg and so much more goes into having a successful program. Fossil Rim, along with the other breeding centers, faces different challenges on a daily basis and many of the difficulties with breeding cheetahs comes down to each individual animal’s behavior. Having dedicated, knowledgeable staff helps us to identify all of the subtle changes in an animal’s daily behavior. This is extremely important in determining a female’s estrus cycle. Male and female cheetahs do not live together and will fight if introduced when a female is not in estrus. Some other big problems with breeding cheetahs are mate choice and lack of experienced breeding animals. Sometimes cheetahs are just not compatible and a female will not breed with a male she doesn’t like. However, even if they are compatible, they still need to know how to get the job done. Some inexperienced cheetahs just don’t have the slightest idea what to do when in a breeding situation. When introducing two of these inexperienced cheetahs, stress levels are much higher and it can result in aggressive behavior and fighting, thus risking injury to one or both cats. To combat this, one of the strategies we have used for many years is pairing inexperienced, unproven cats with experienced, proven breeders. This works well and allows the proven breeders to “teach” the inexperienced ones while still producing cubs. Unfortunately, we don’t always have this option and have to create new ways to do things. For the past few years, we have been using some of our older, post-reproductive, but proven females as “teachers” for our young, inexperienced males. These females still go through normal estrus cycles, show all of the behaviors that a reproductive female does, but are unable to get pregnant due to their age. They patiently teach the young males how to breed, while also keeping the males in line. The outcome is the inexperienced males become proven breeders and they can then be used to breed and teach inexperienced females. We have used this process for several young males over the past few years and they have gone on to breed successfully.

What I love the most about working with cheetahs are all of these challenges associated with a breeding program. No matter how much you know about cheetahs, think you have all the answers, and think you have seen it all, they have a tendency to do the impossible and prove you wrong. In September 2014, two of our cats did just that and defied the reproductive science of cheetahs. Frankie, an inexperienced male, was “learning” from Jules, a 12-year 8-month old proven female. Somehow, this “post-reproductive” female was able to get pregnant and became the oldest female cheetah to ever do so. The “learning experience” for Frankie turned out to be much more and the breeding was very genetically valuable for the cheetah SSP (Species Survival Plan). On the morning of December 25, 2014, Jules gave birth to 2 healthy, male cheetah cubs. At 12-years 11-months old, Jules became the oldest female cheetah to not only get pregnant but also to produce cubs, breaking the previous record by 8 months. This was a “Christmas miracle” at Fossil Rim.

But the miracle wasn’t over yet. Two days later, on December 27th, Jules gave birth to a third male cub.

This was unheard of in the cheetah world. Normal birth intervals between cubs are only up to a few hours. Jules had a stretch of two days where she nursed her other cubs and even came up to eat food while still being in labor! We monitored Jules and the 3 cubs closely and weighed the cubs daily to make sure they were healthy and gaining weight. We feared that Jules would not be able to produce enough milk for all 3 cubs at her age, but she was amazing and defied the odds over and over again. Her cubs are not only healthy, but they are among the largest cubs Fossil Rim has ever had.

This was Jules 4th litter and she has proven once again that she is an outstanding mother. She will always be remembered in the cheetah community for this unbelievable story. Currently, Jules and her 3 cubs are all doing well. In the next few weeks they will be visible on our behind the scenes tours in our Intensive Management Area, so come on out to Fossil Rim and see them.

4 thoughts on “A Christmas Miracle at Fossil Rim”