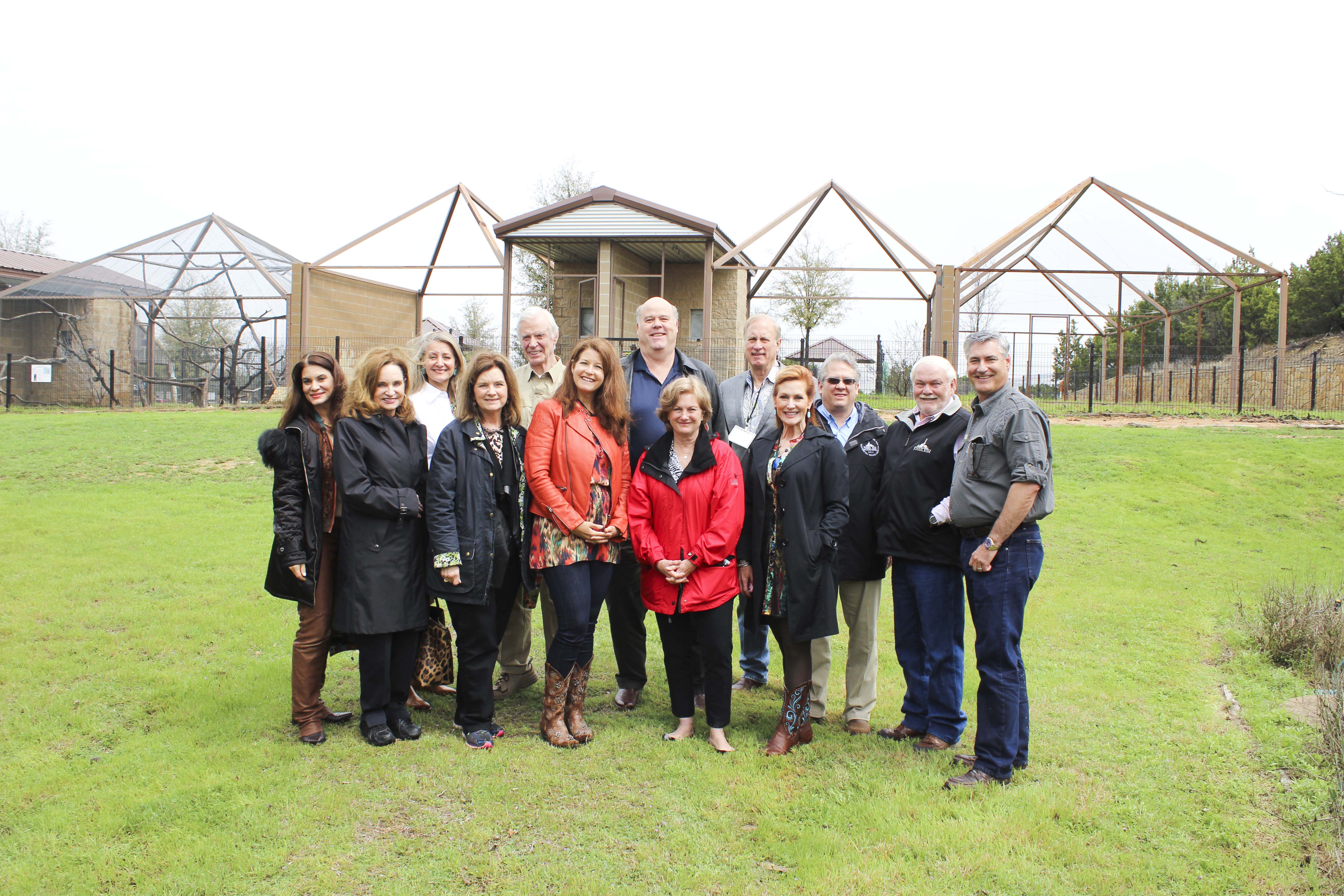 The Fossil Rim Wildlife Center Nature Store (gift shop) hosted its Grand Opening and Ribbon Cutting last Saturday after a year of rebuilding as a result of the fire that burned the old Nature Store in February 2014. The event was well-attended despite the rain.

The event started at 10am with a coffee and Danish breakfast at the Eco Center before the group made their way to the Nature Store.

Dr. Pat Condy, Fossil Rim’s Executive Director, and Donna Steakley, Director of Tourism, gave words of thanks to those involved with the building of the new store.

Special thanks and appreciation went to Mary McDermott Cook with the McDermott Foundation as well as Francie Moody Dahlberg with the Moody Foundation for their significant donations to the building of the store.

With the help of the Glen Rose Chamber of Commerce, the ribbon was cut by Steakley and Condy. Attendees then took time to eat cake and shop at the store where many took advantage of the Grand Opening specially priced items.

Following the public event, a luncheon catered by Hammonds BBQ was held at the Eco Center. Tom Mantzel, Fossil Rim Wildlife Center’s founder and original owner, spoke to the group reminiscing about Fossil Rim’s beginnings in the 1980’s. Kelley Snodgrass, COO, followed Mantzel and gave his words of thanks and appreciation to all of those involved.

Final words were given by Susan Foster, Director of Development, including the announcement of the new Fossil Rim port, Royal Cheetah, available for purchase at D’Vine Wine in Granbury, TX (107 E Bridge Street, Granbury, TX 76048, (817) 573-7200).

On behalf of everyone at Fossil Rim, we are very grateful to all of our supporters who helped rebuild a bigger and better store. Proceeds from the Nature Store represent nearly a quarter of the revenue used to operate Fossil Rim Wildlife Center, including the feed and care for over 50 species of animals. We are excited about the new store and the opportunities that it will bring for the conservation of endangered species and the care for ‘insurance’ populations. Be sure to plan a trip to visit the new Nature Store at 1789 County Road 2009, Glen Rose, Texas 76043.

3 thoughts on “A New Beginning”